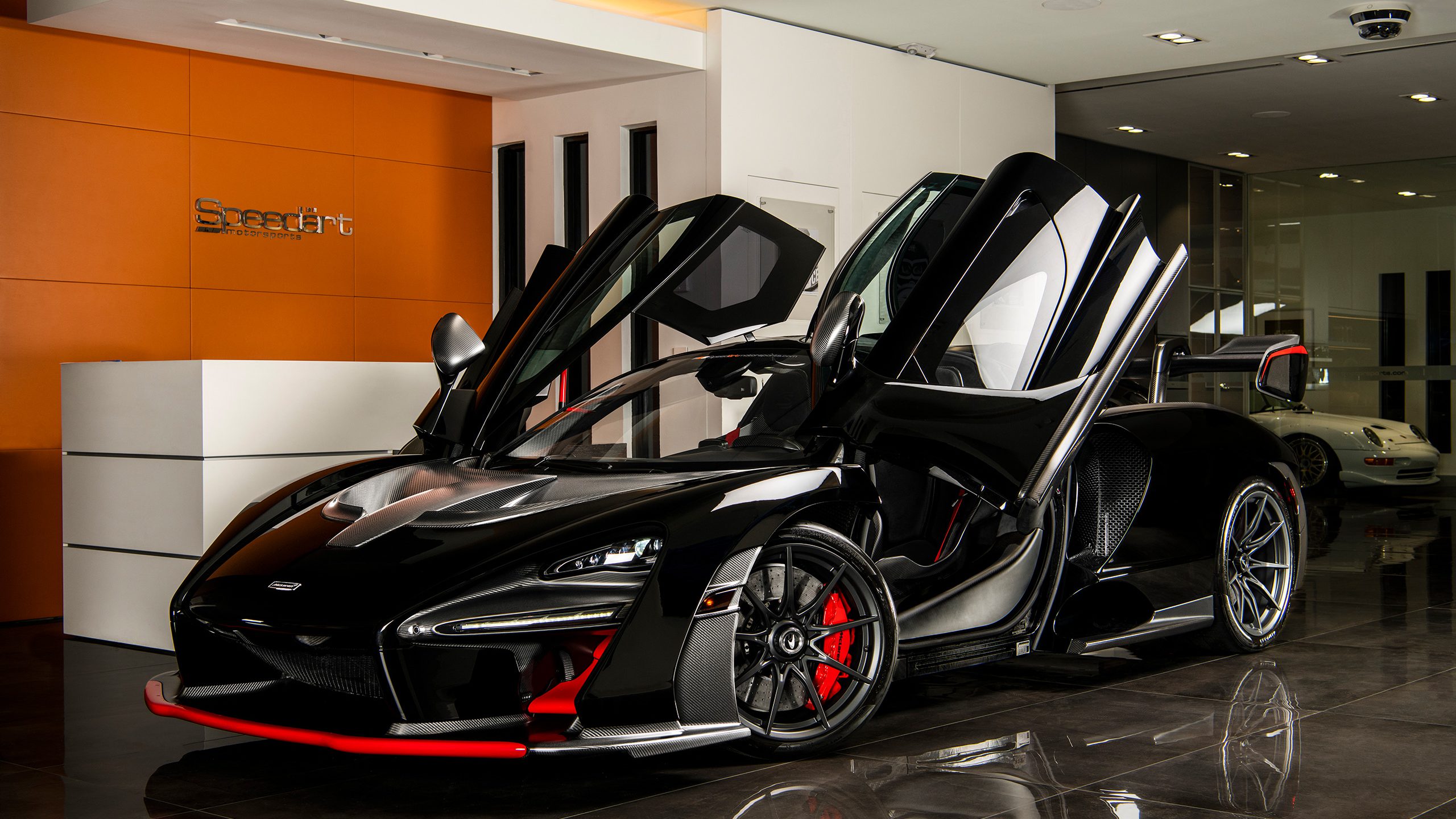 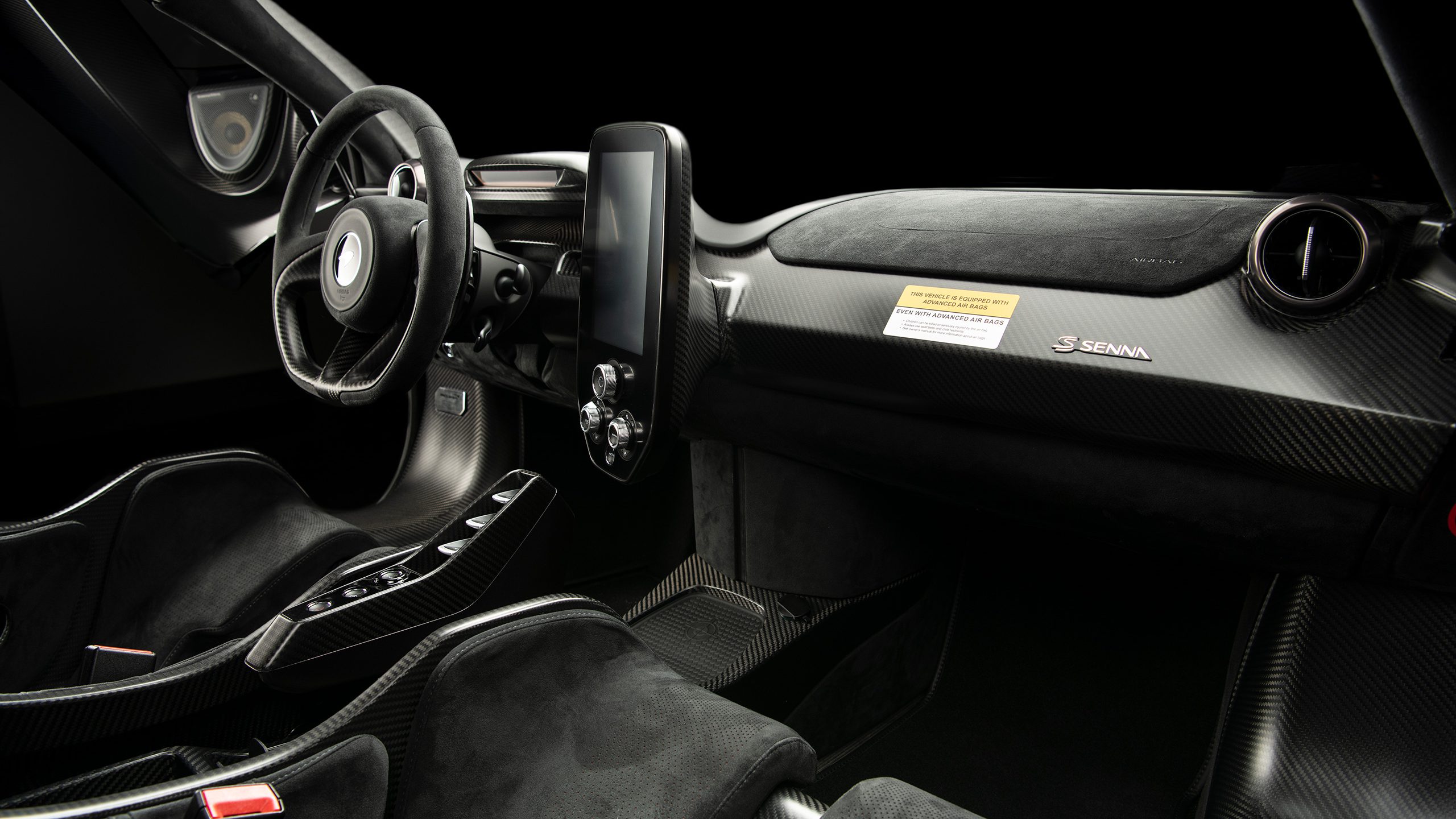 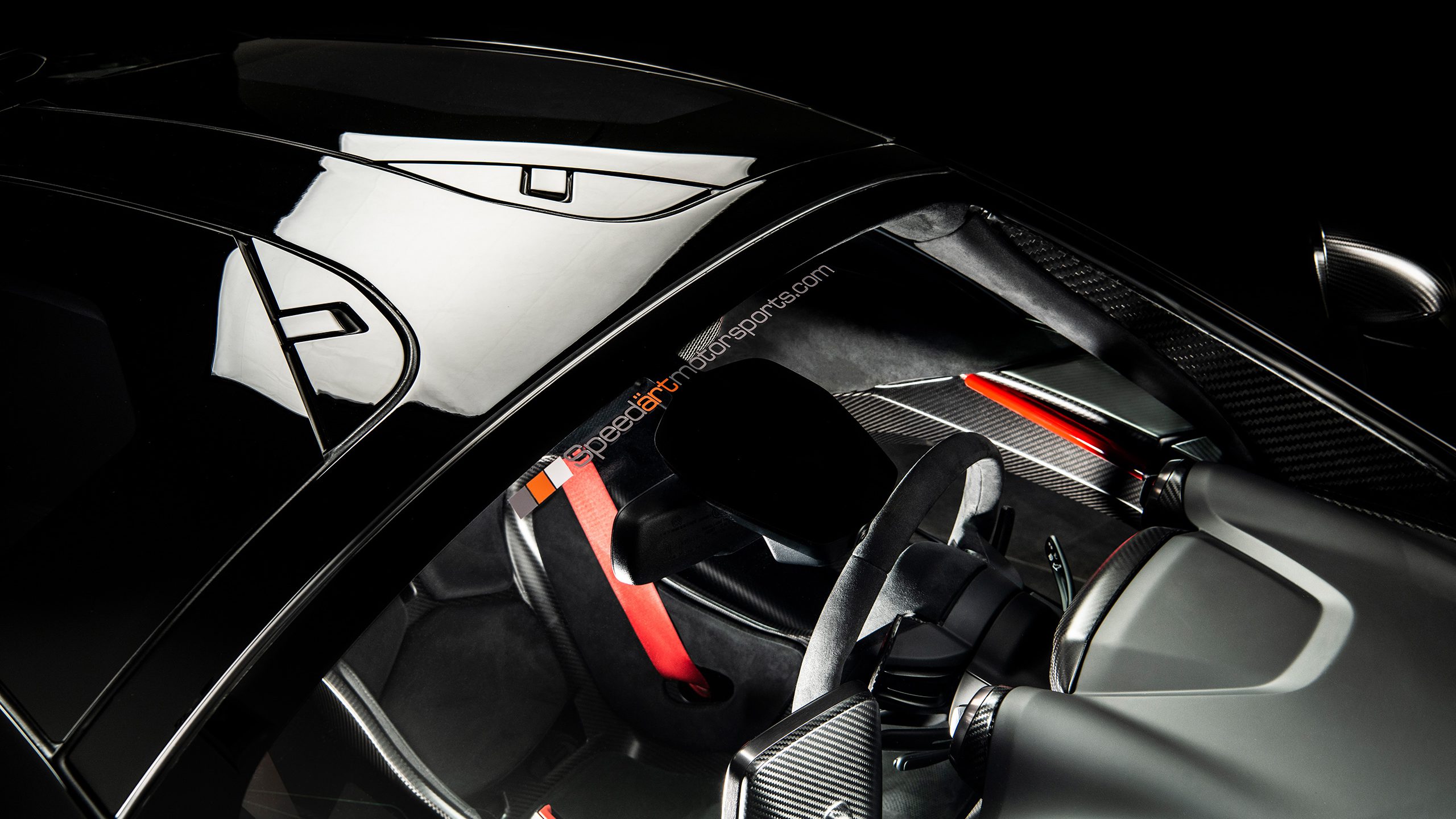 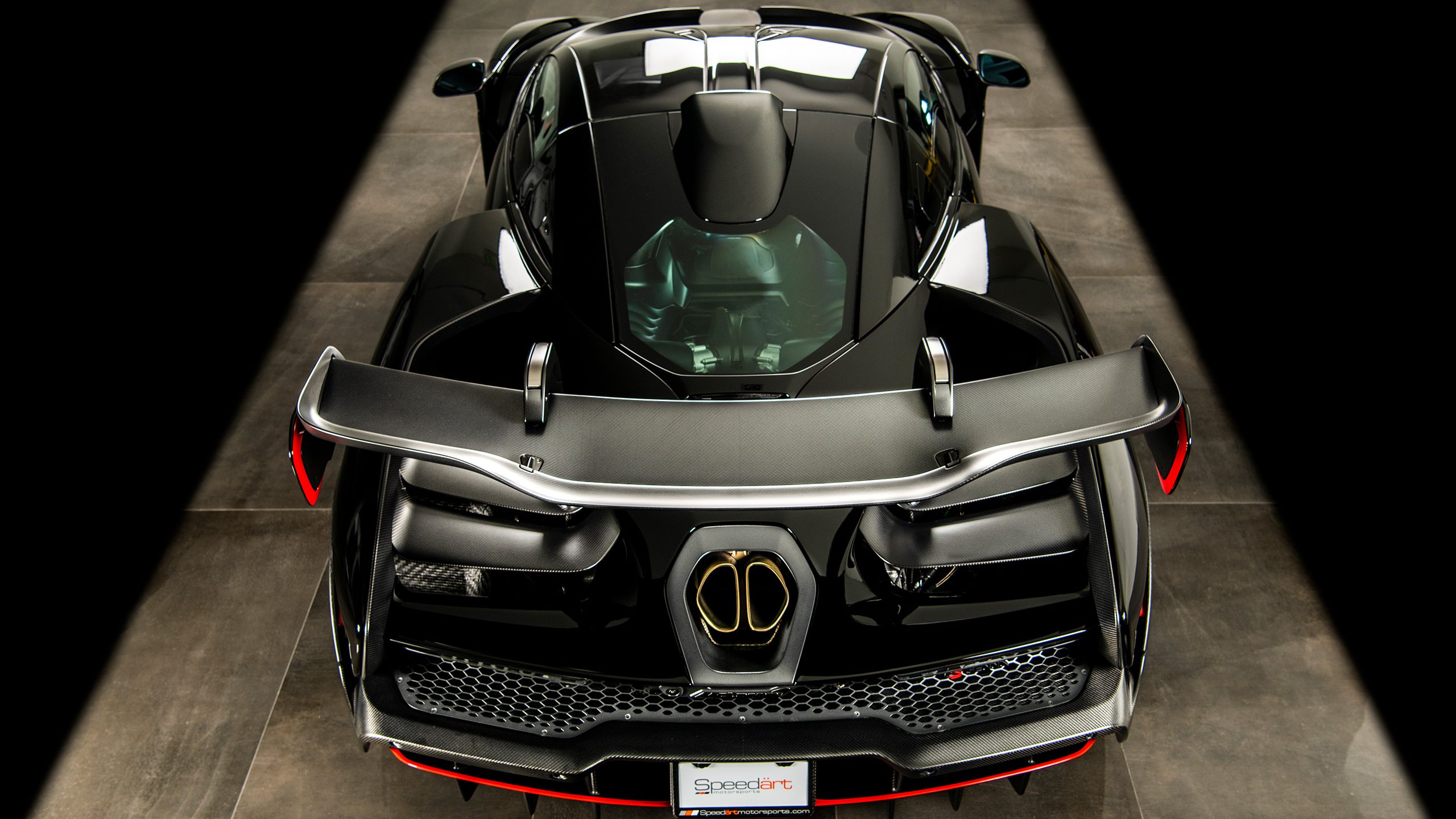 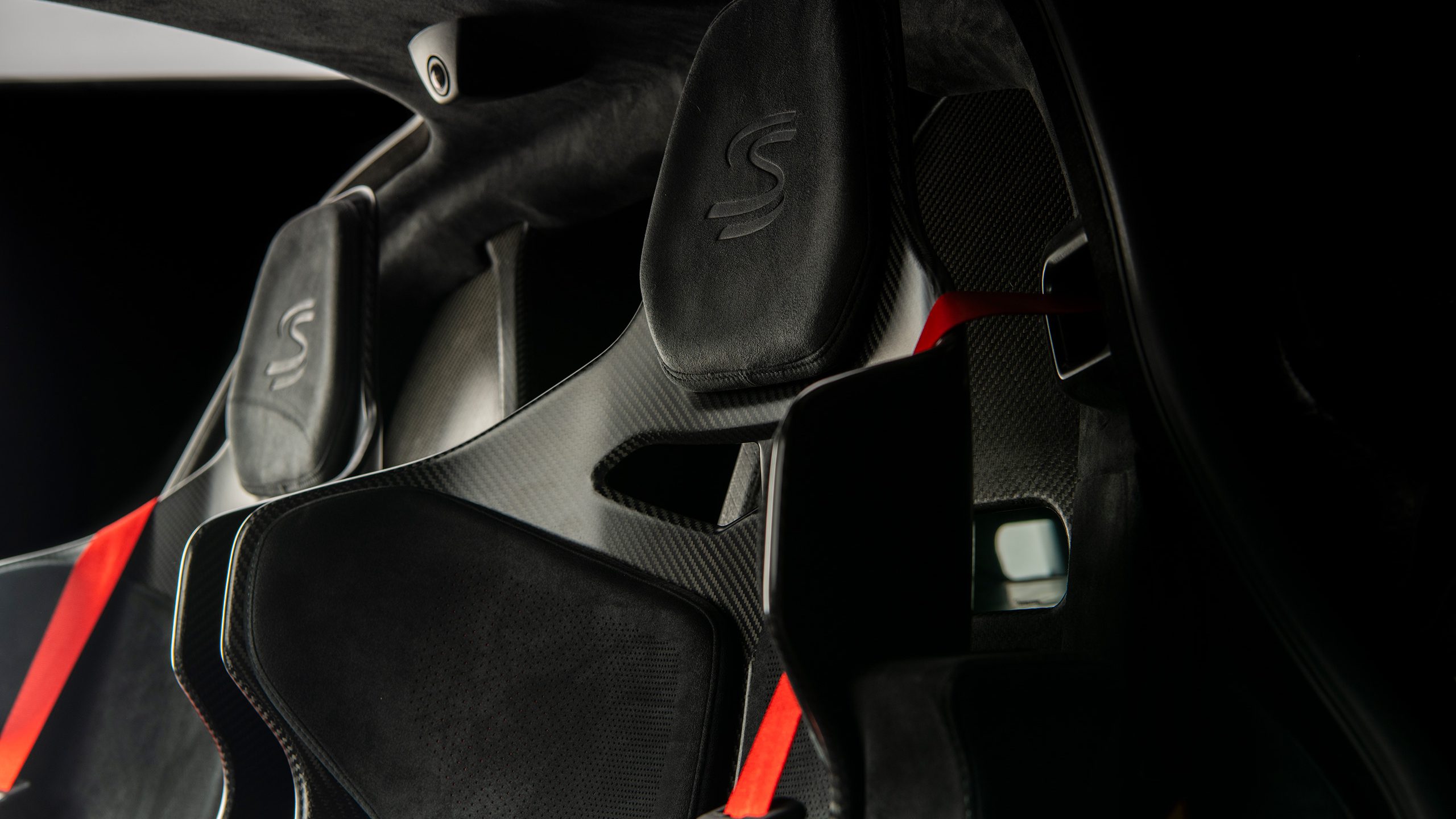 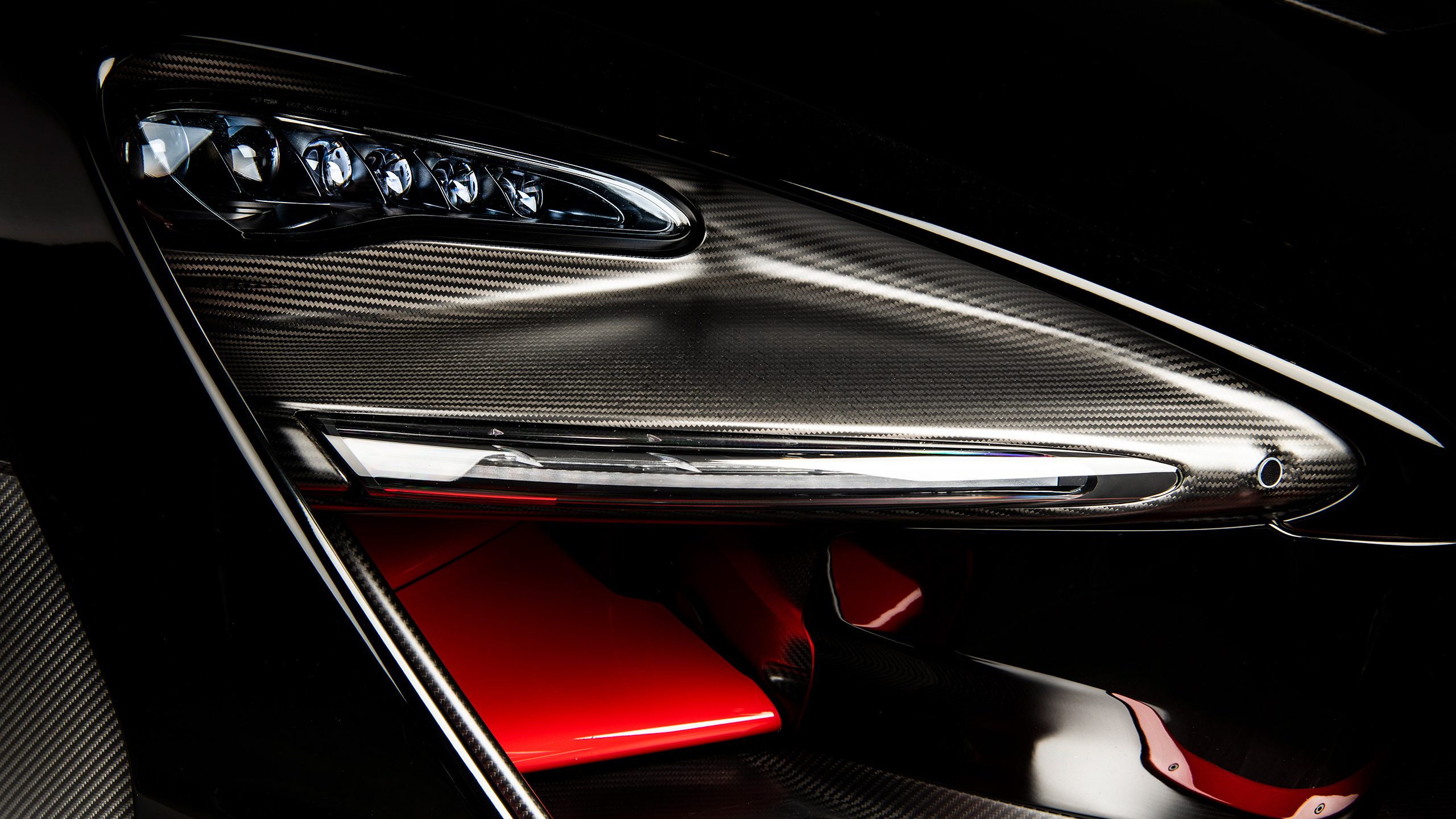 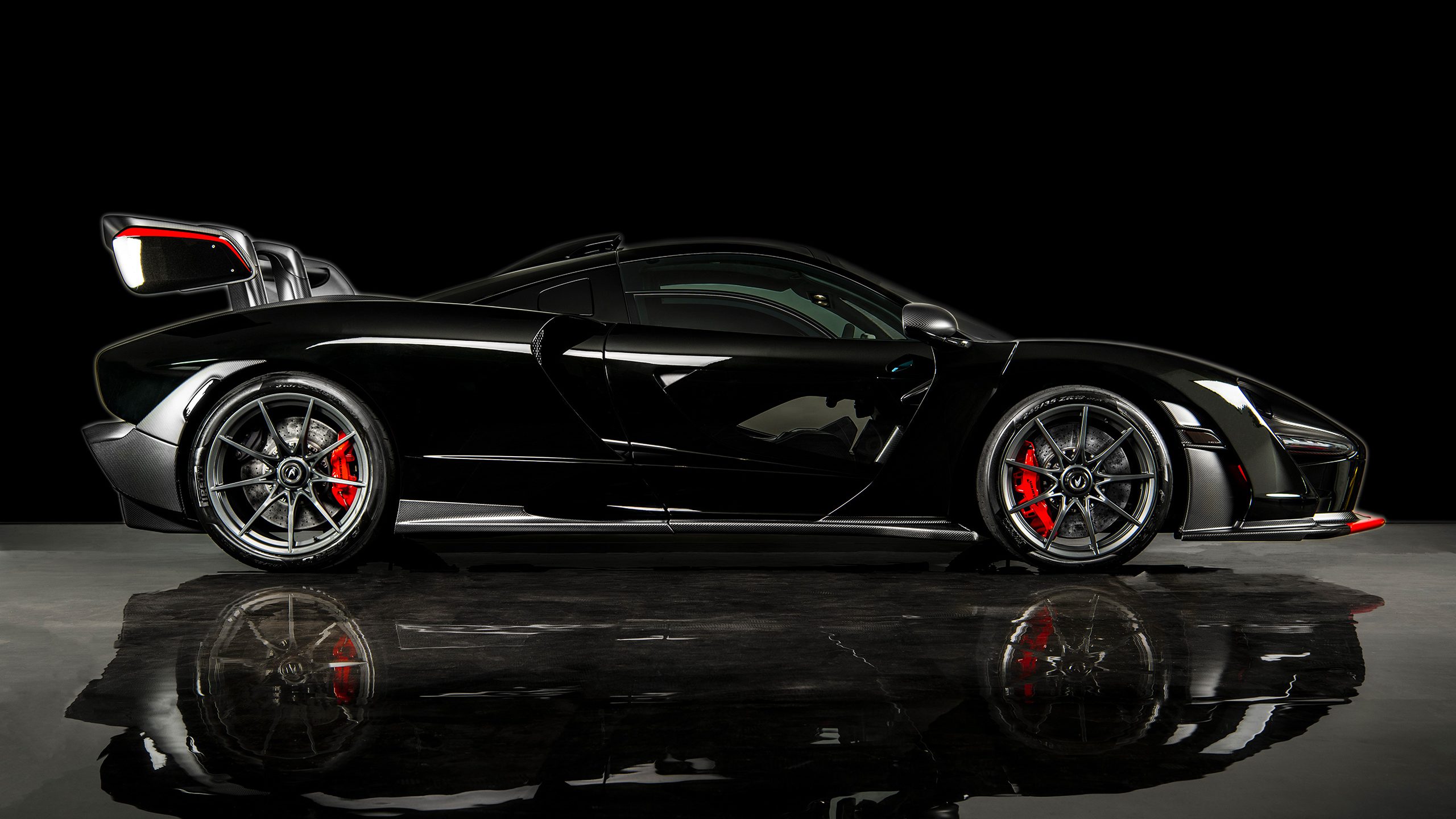 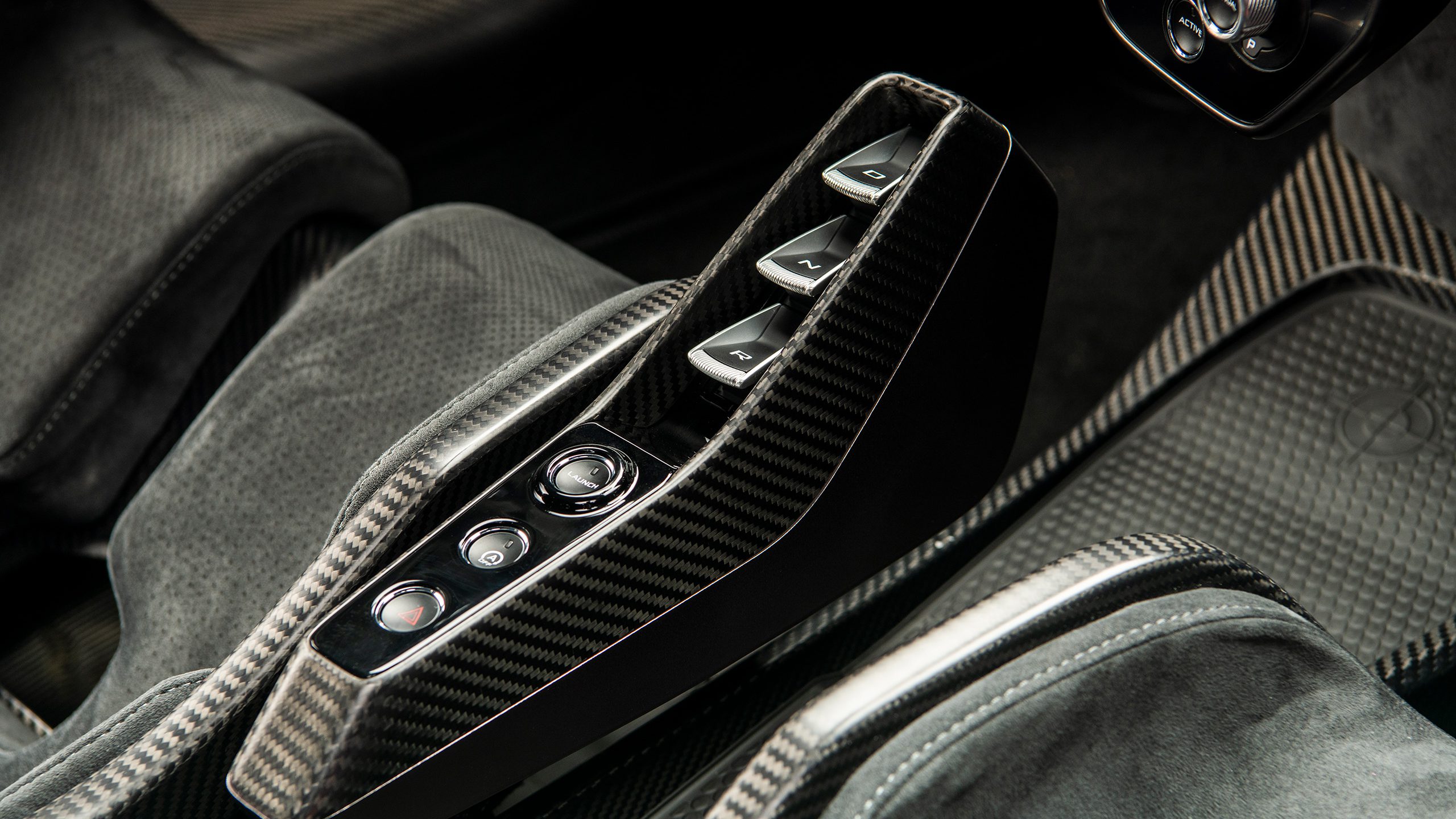 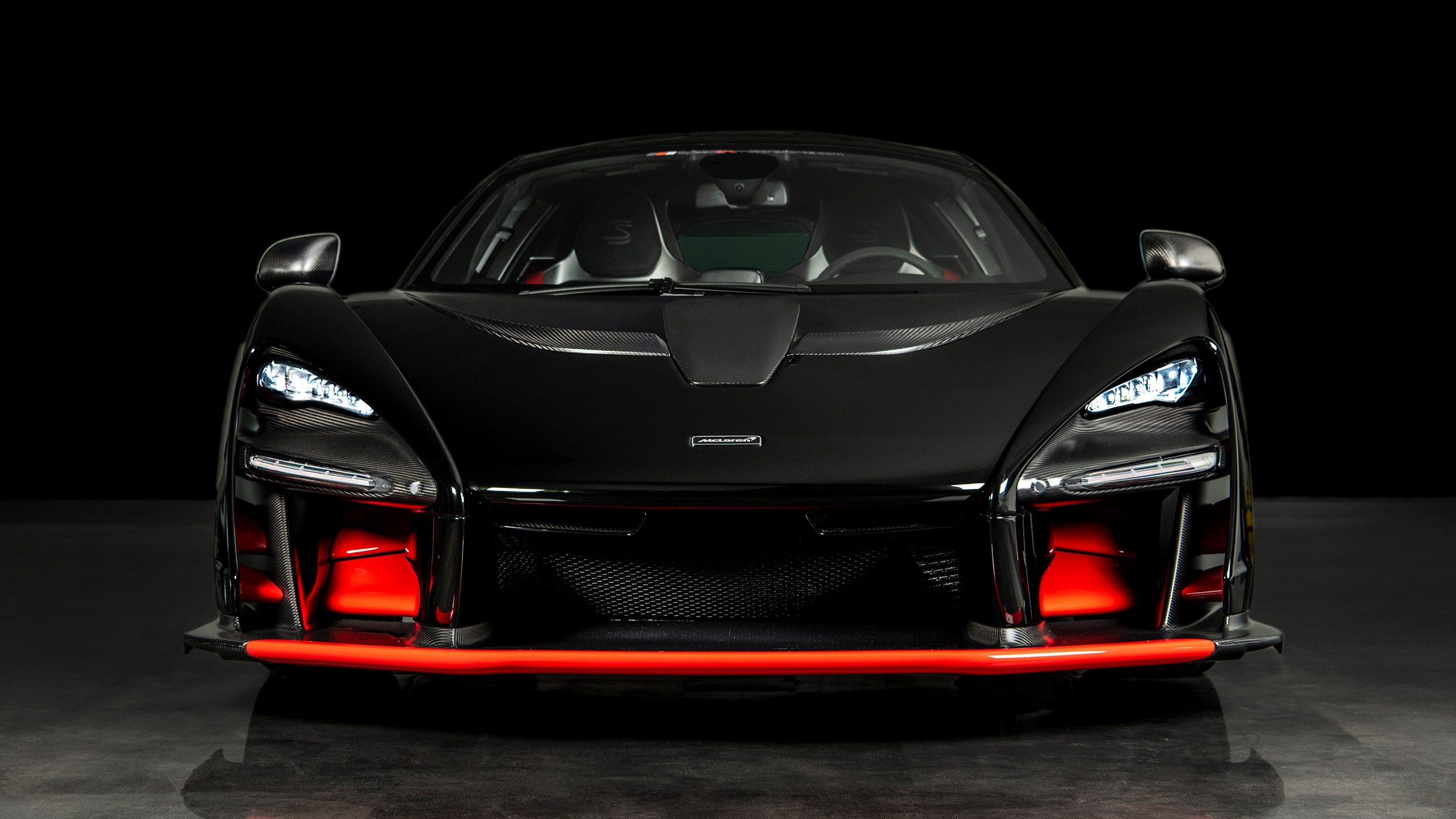 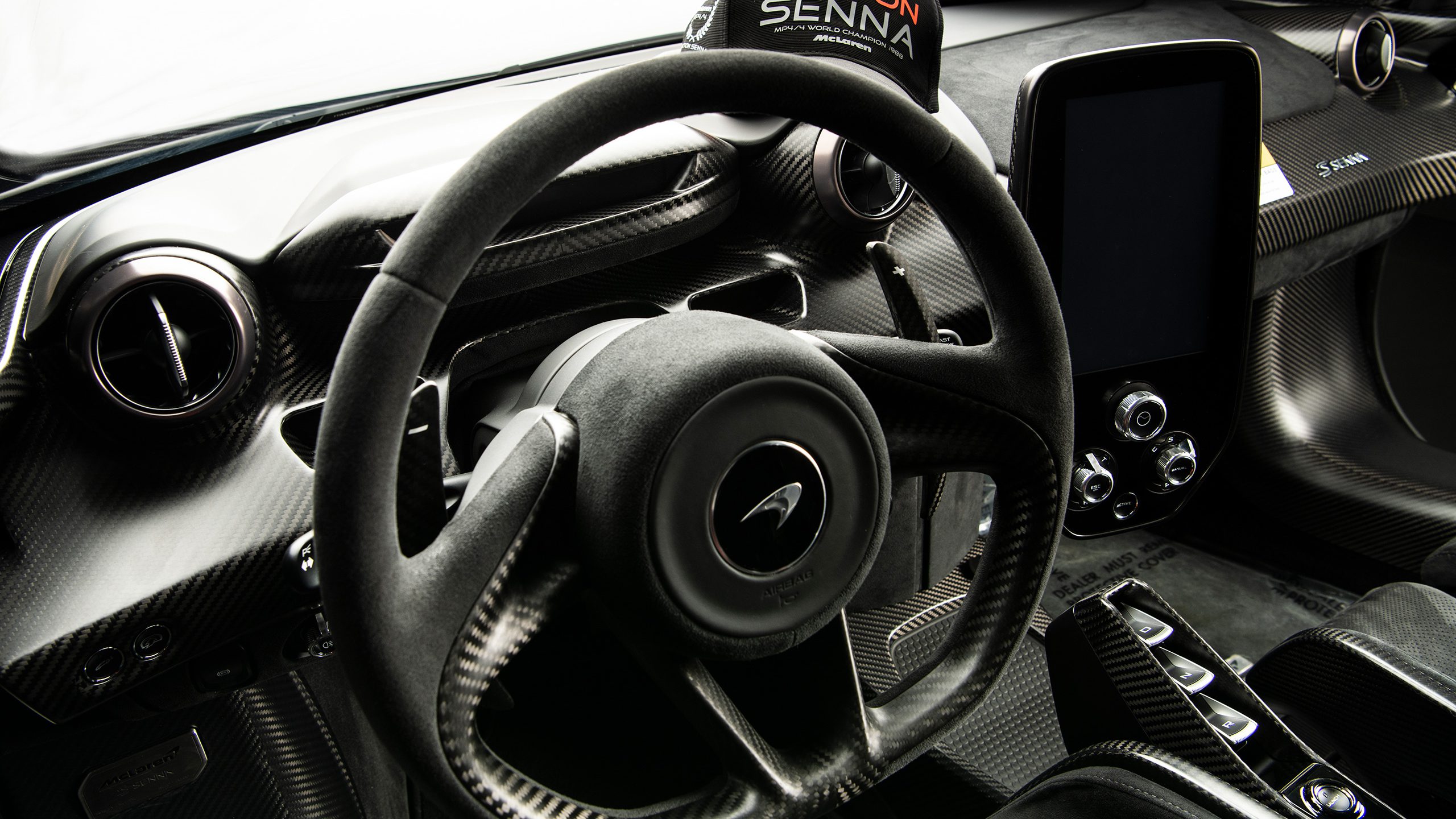 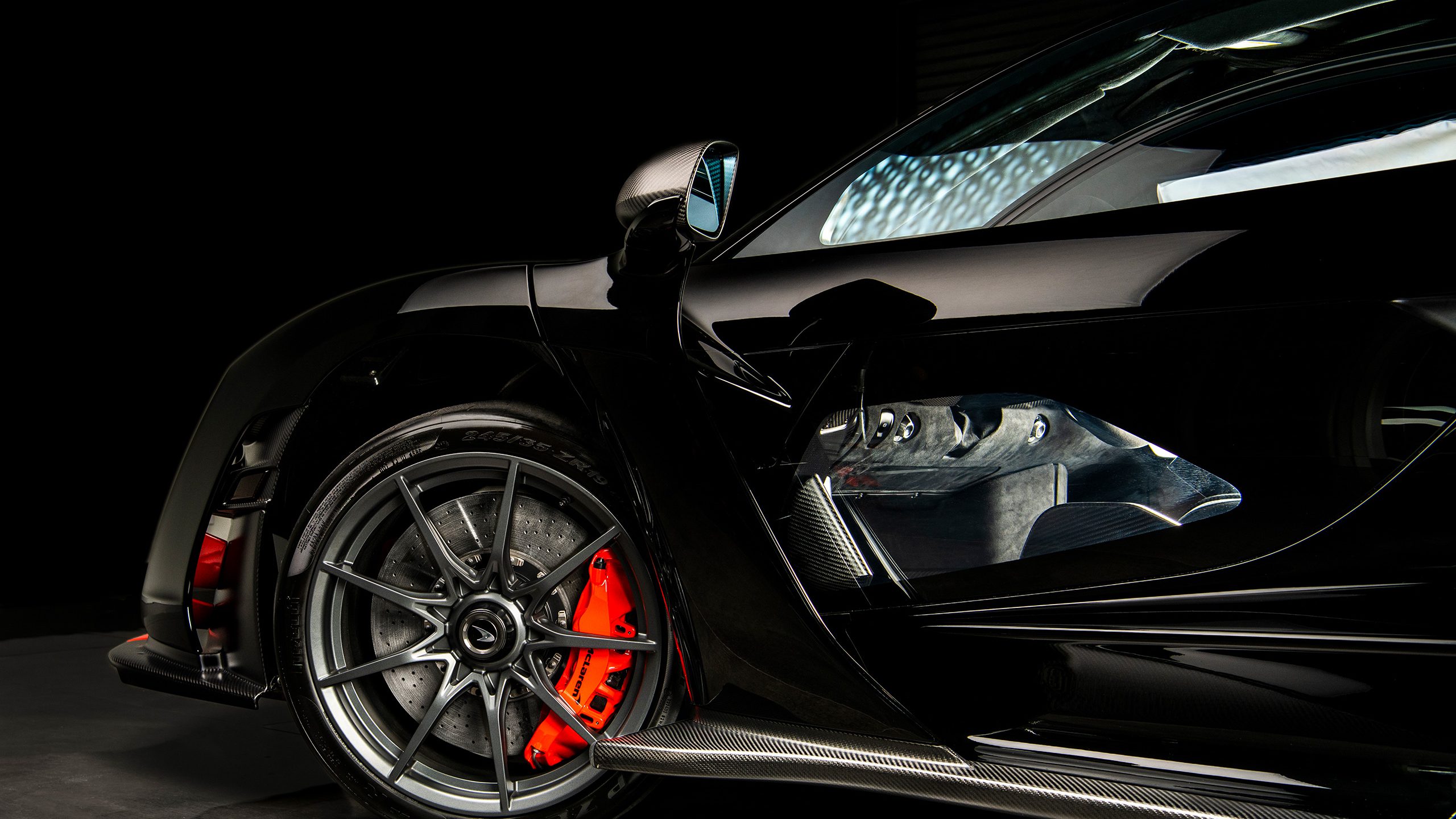 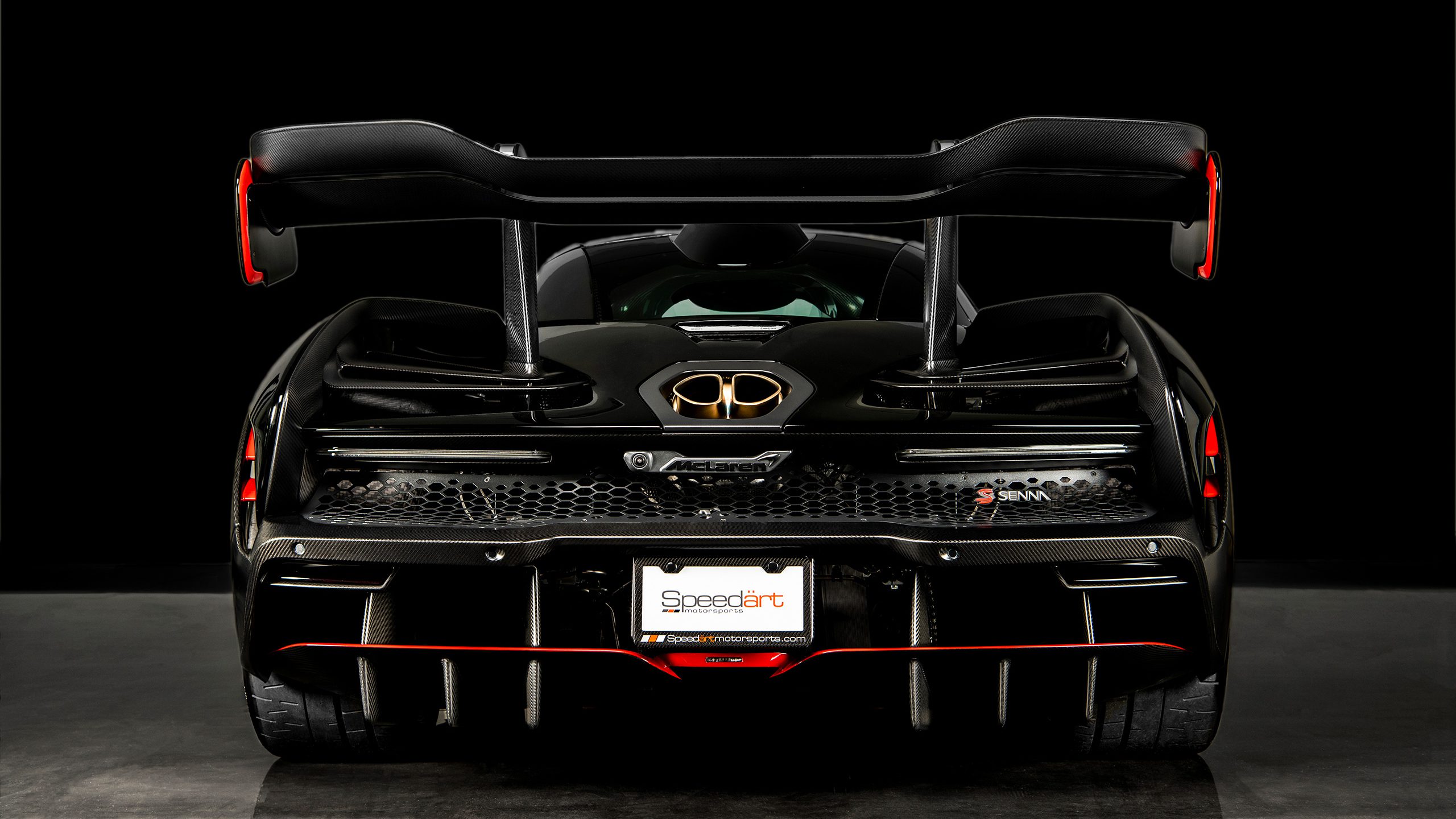 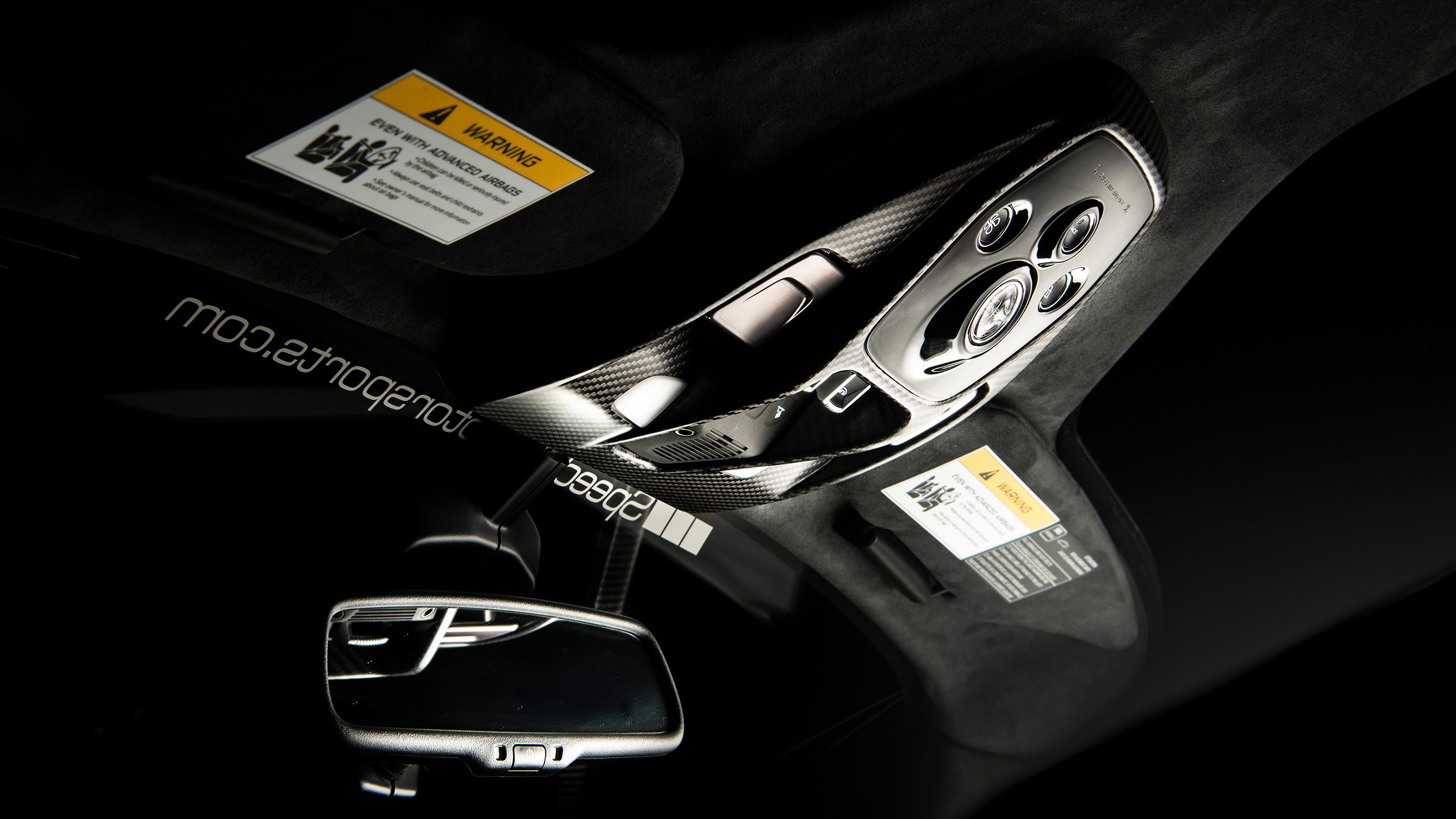 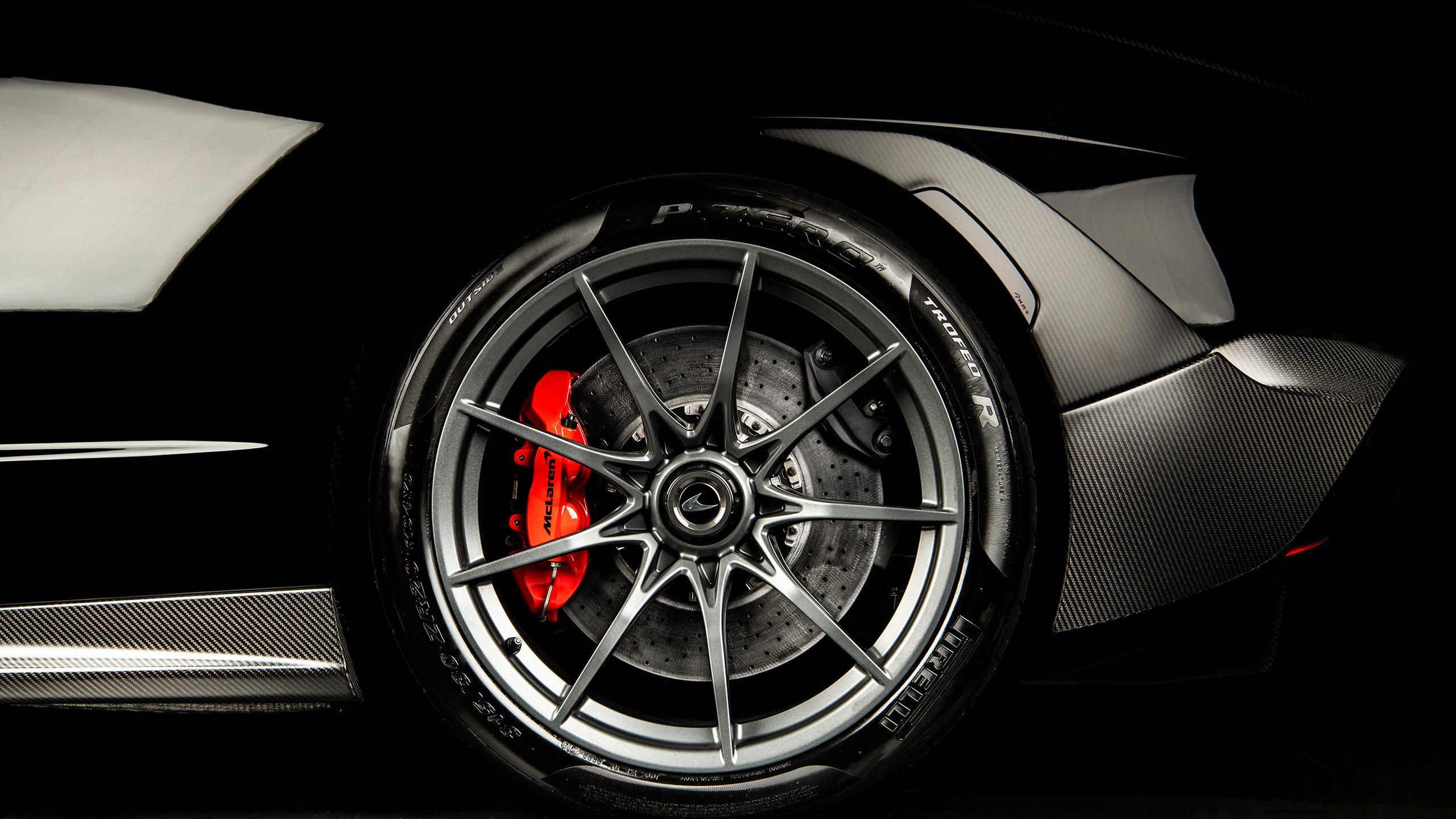 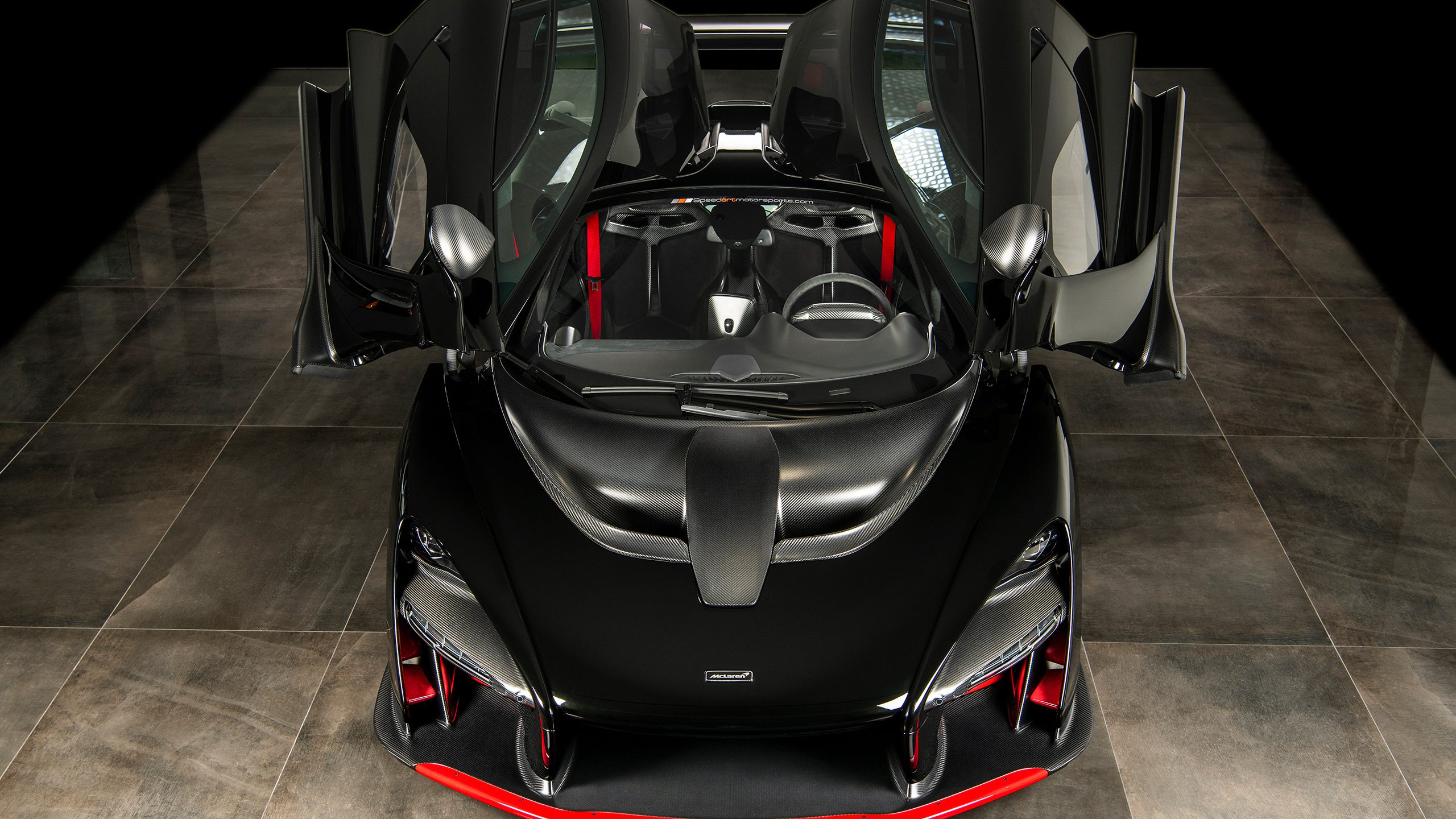 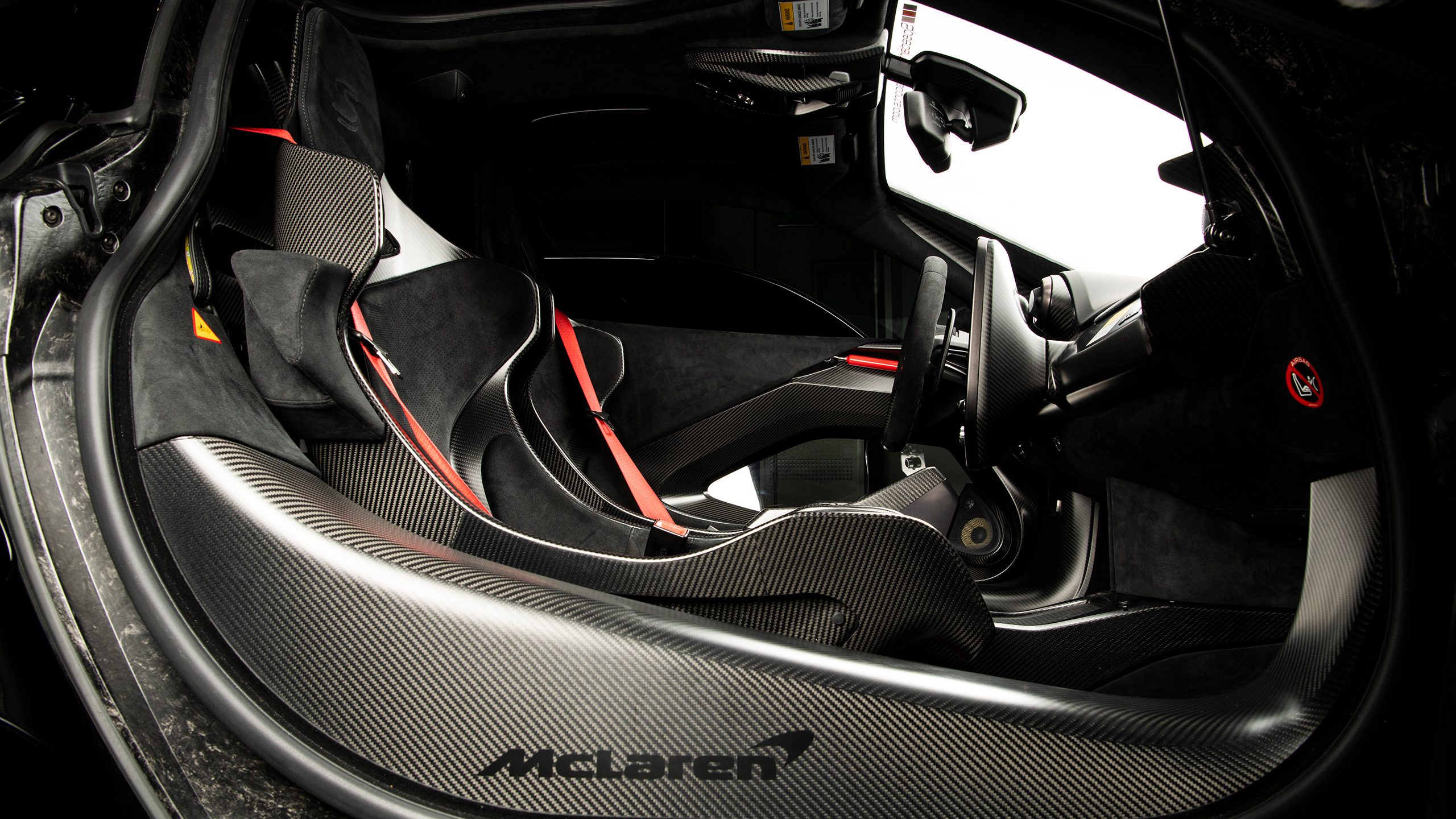 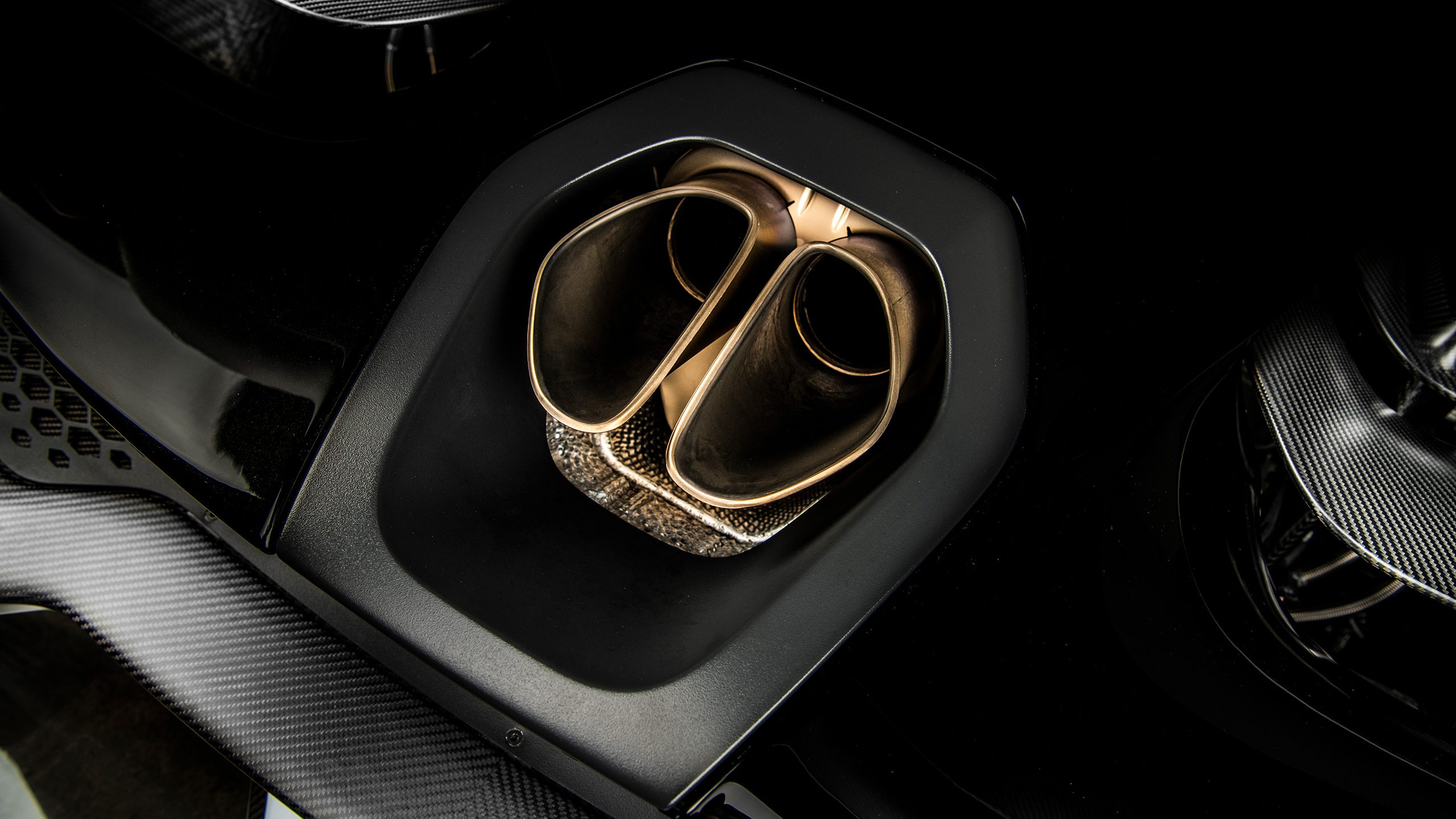 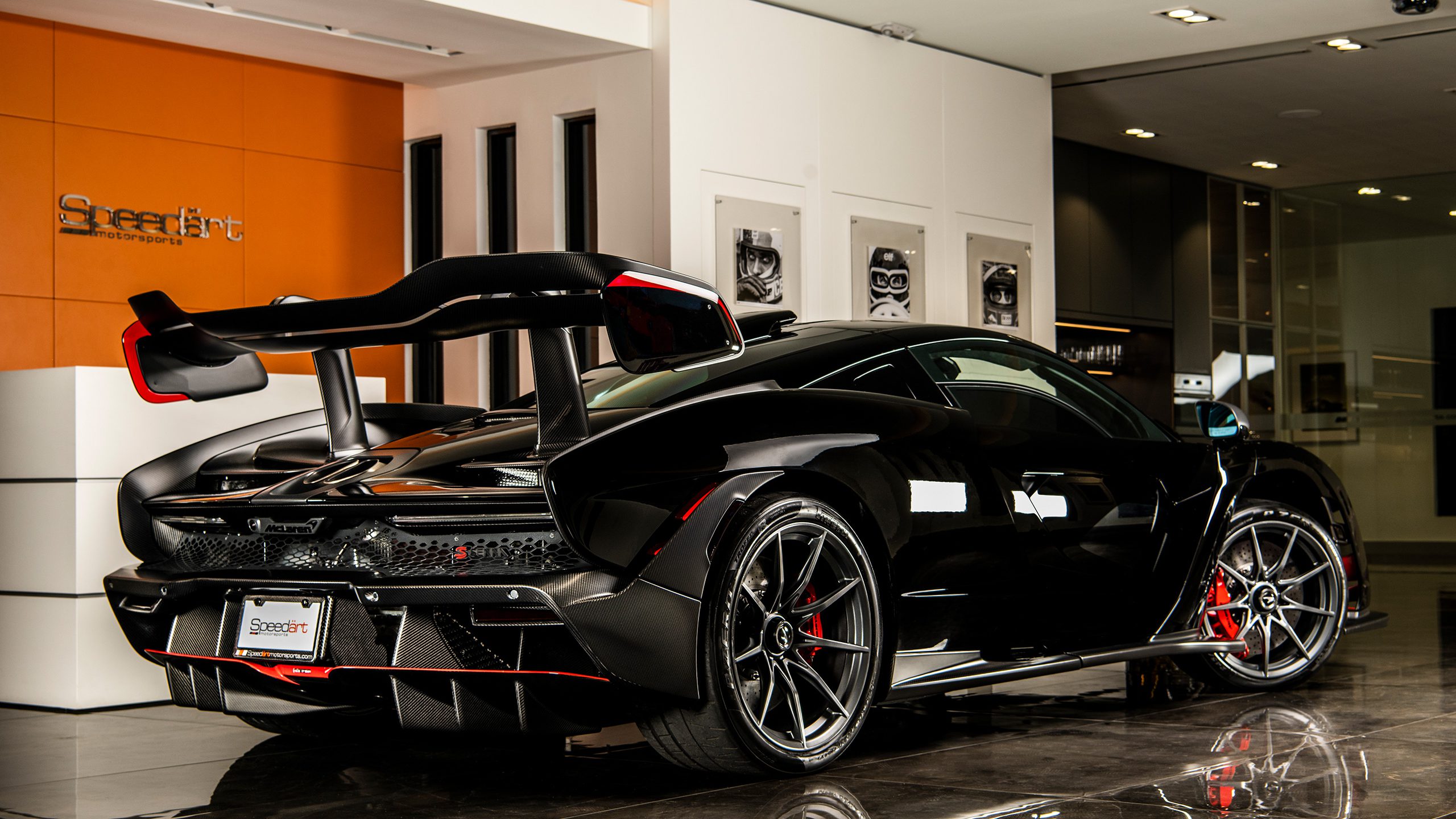 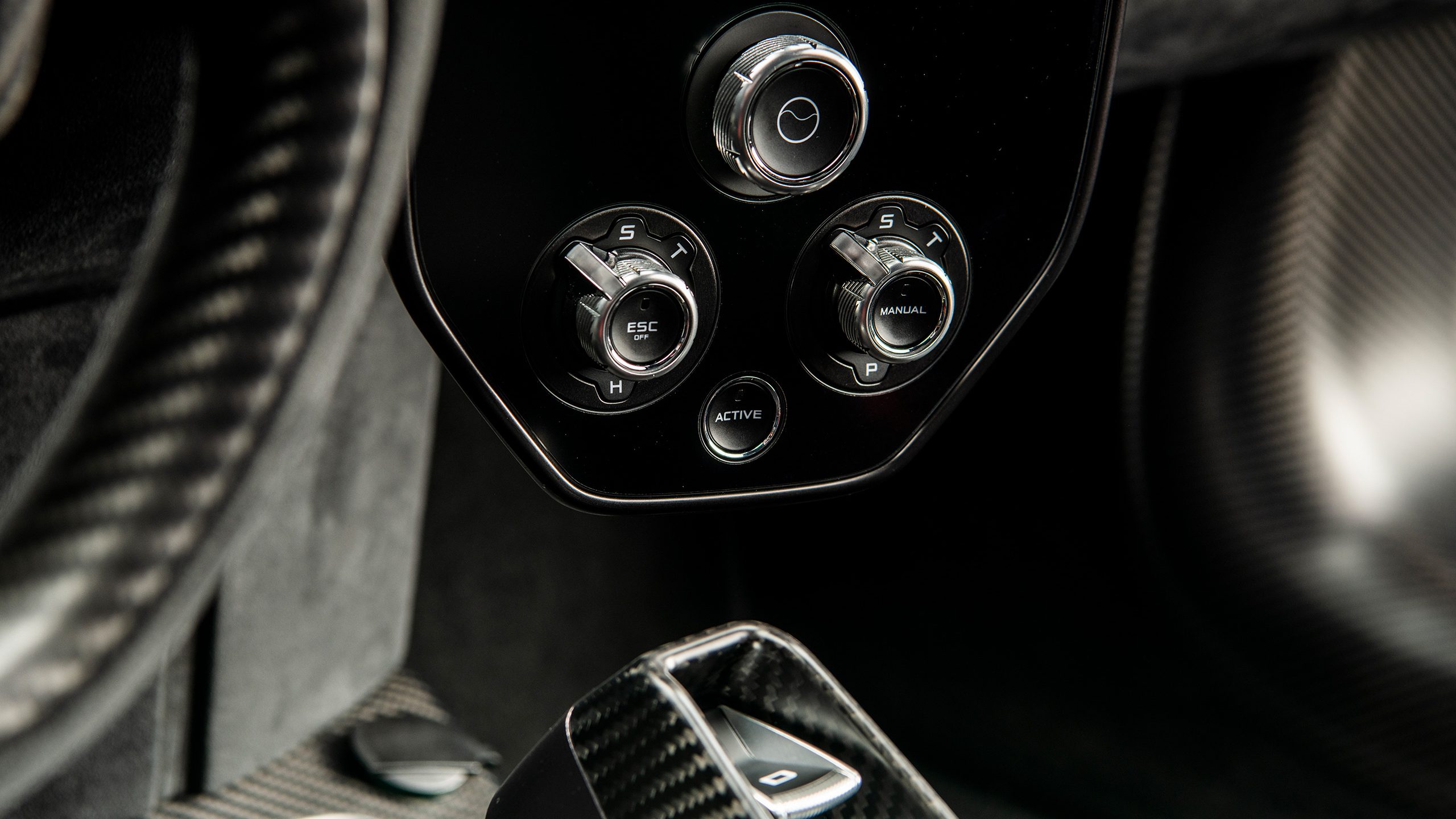 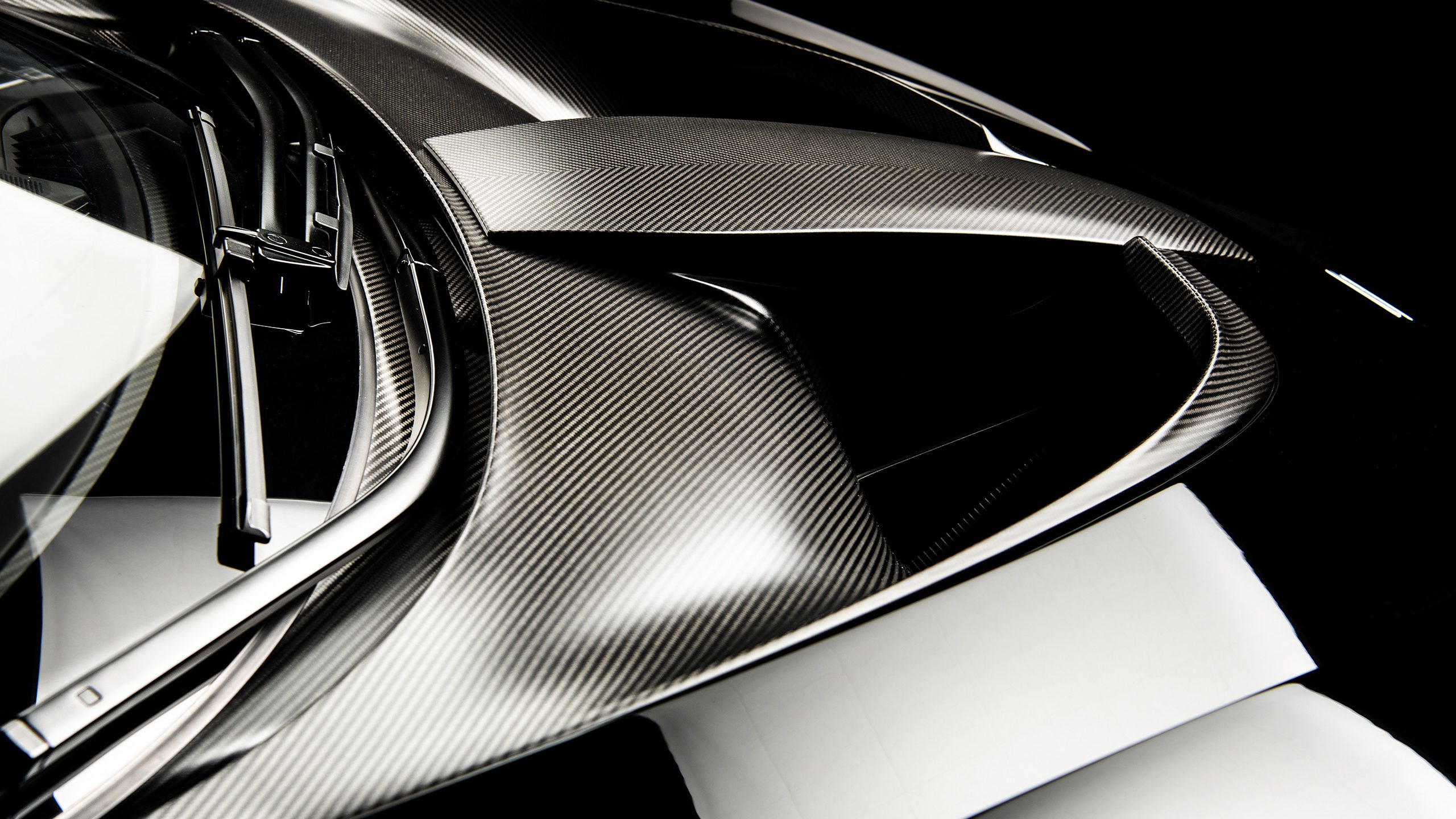 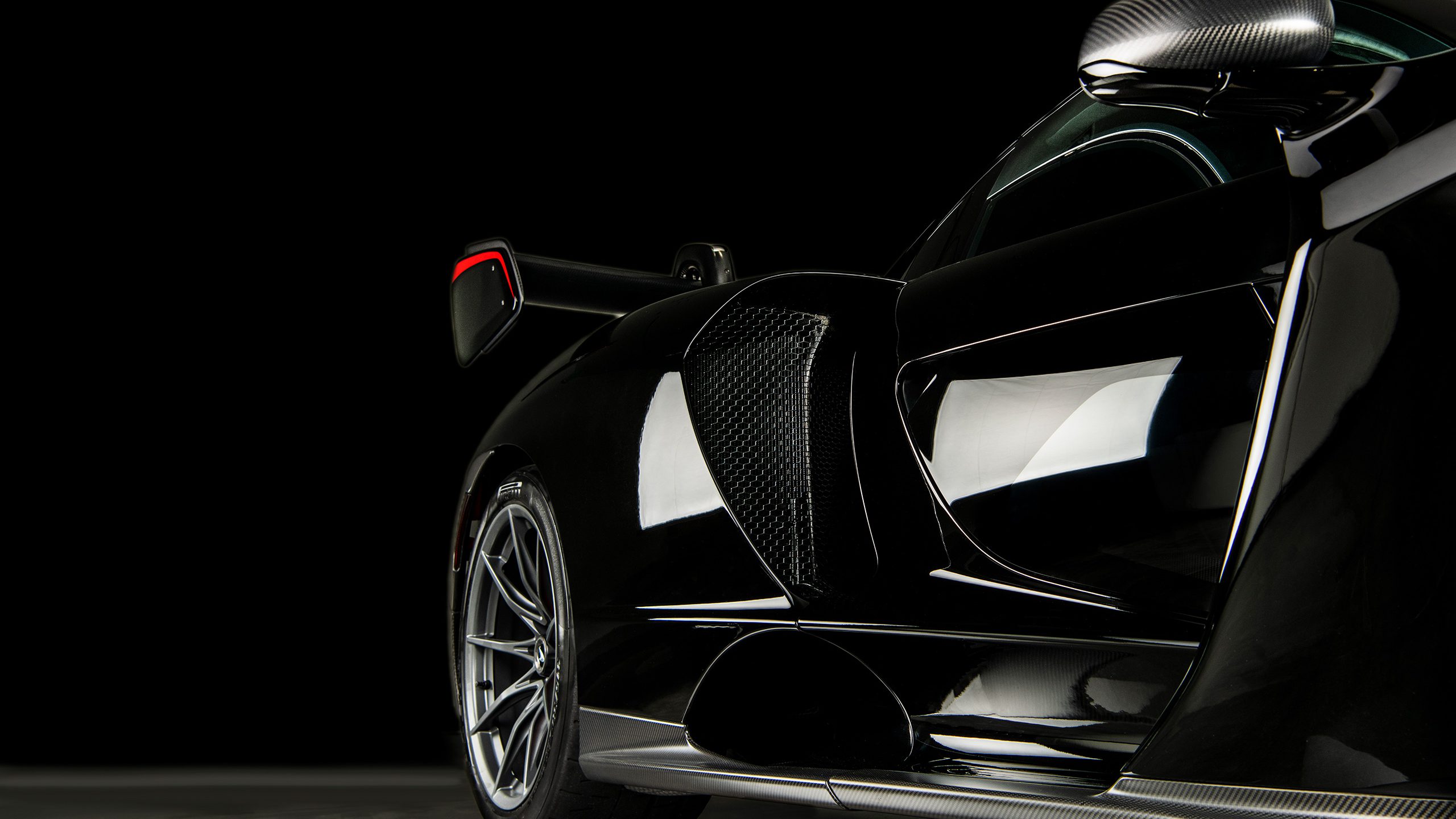 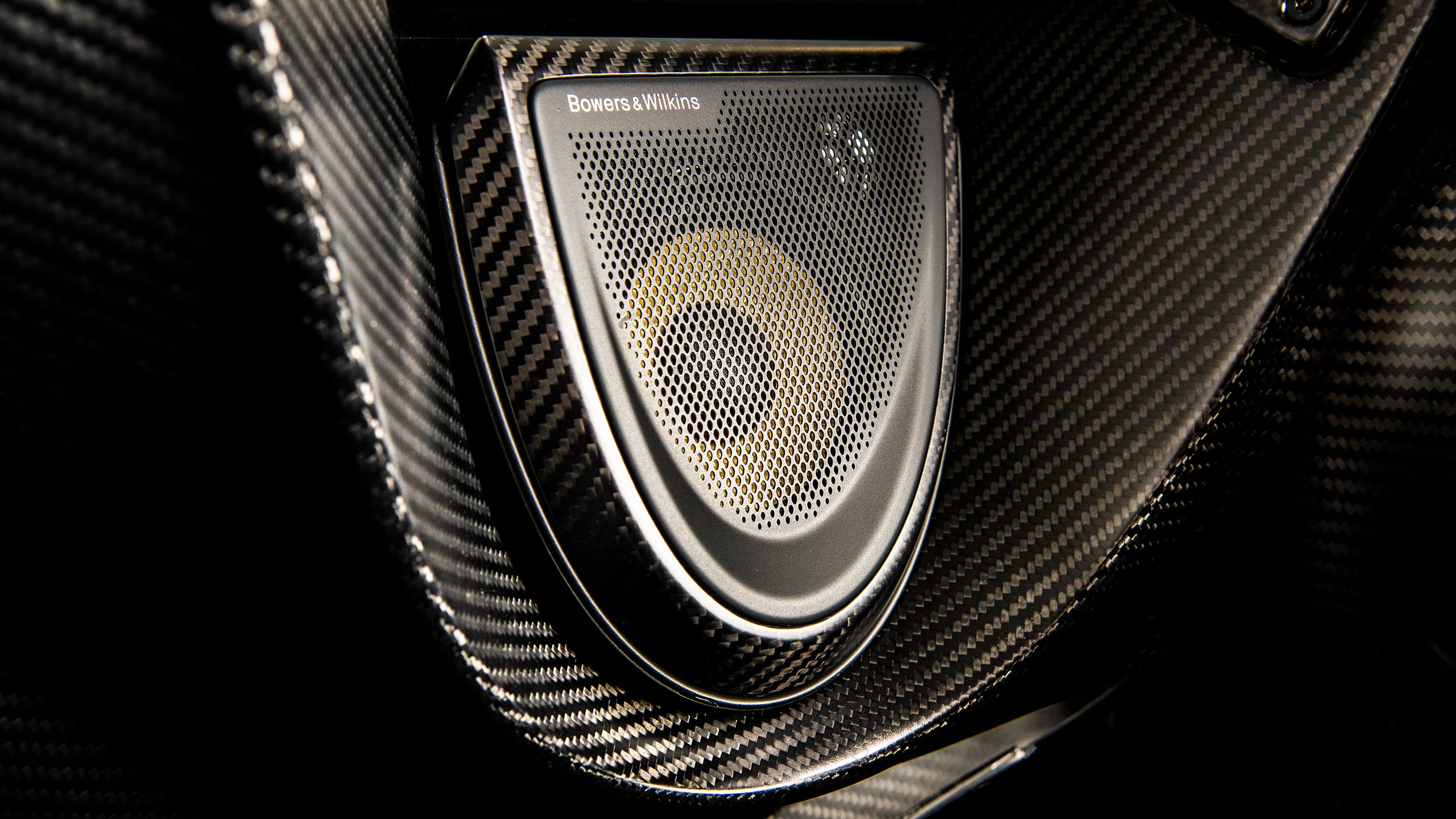 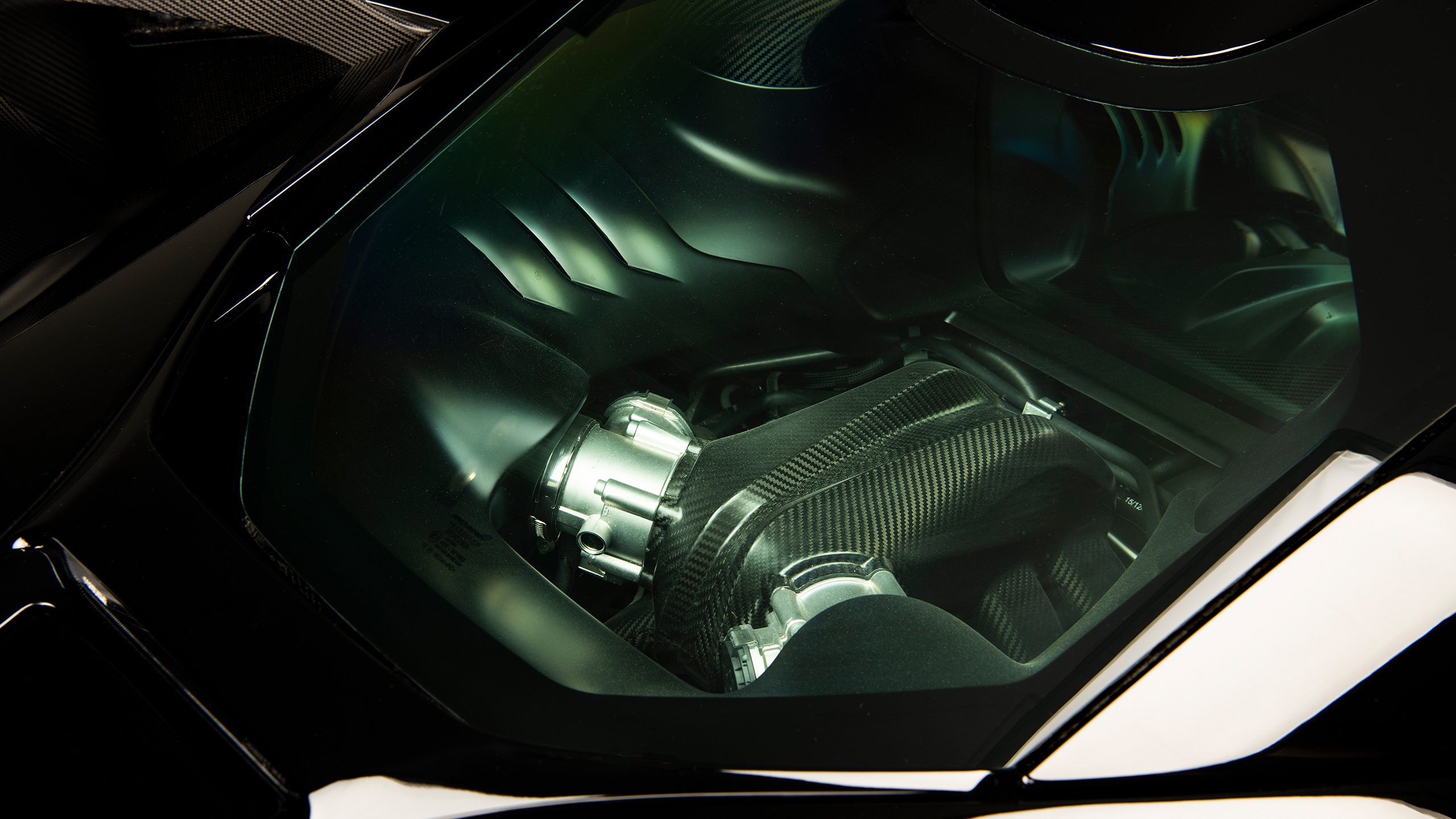 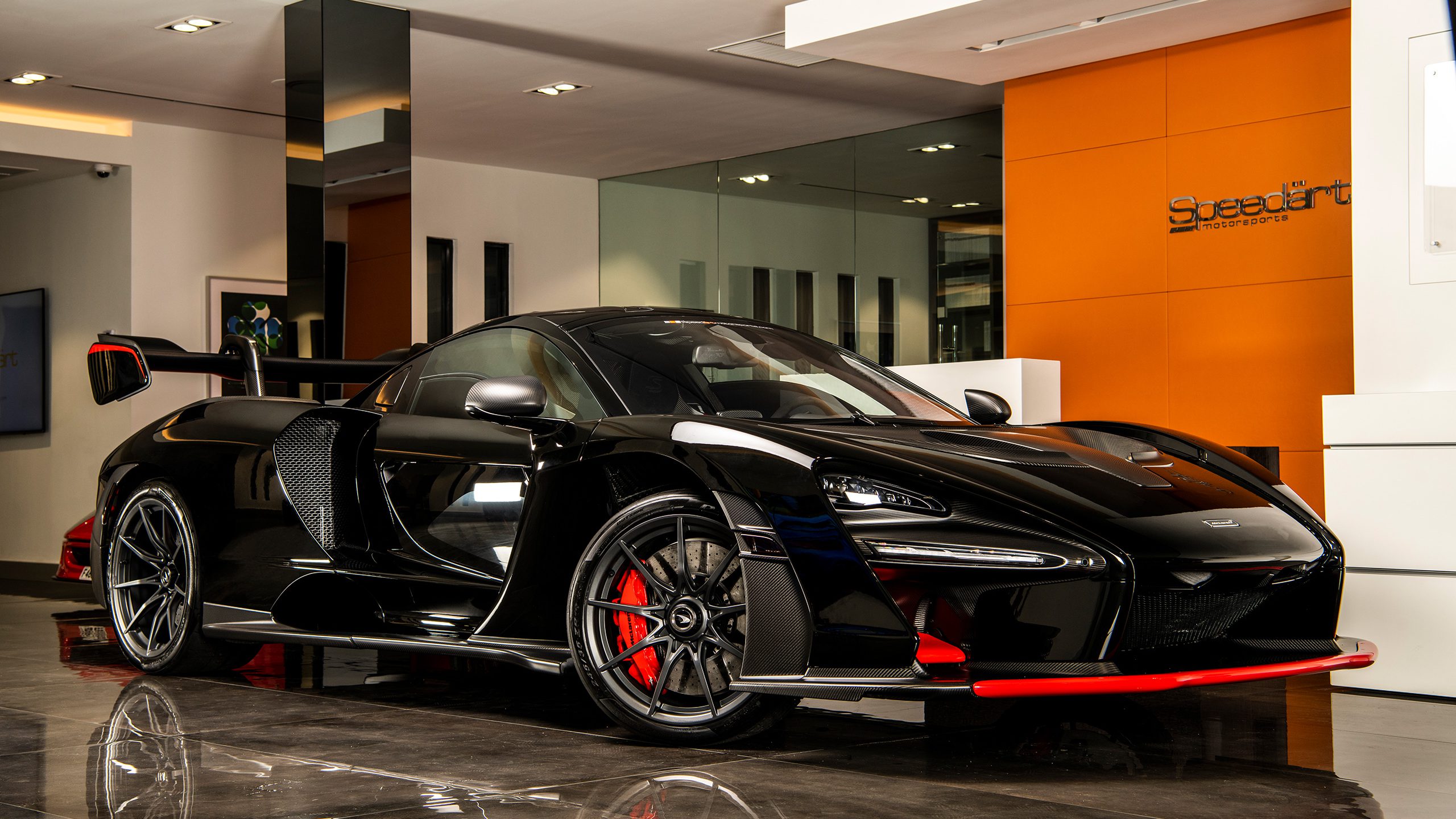 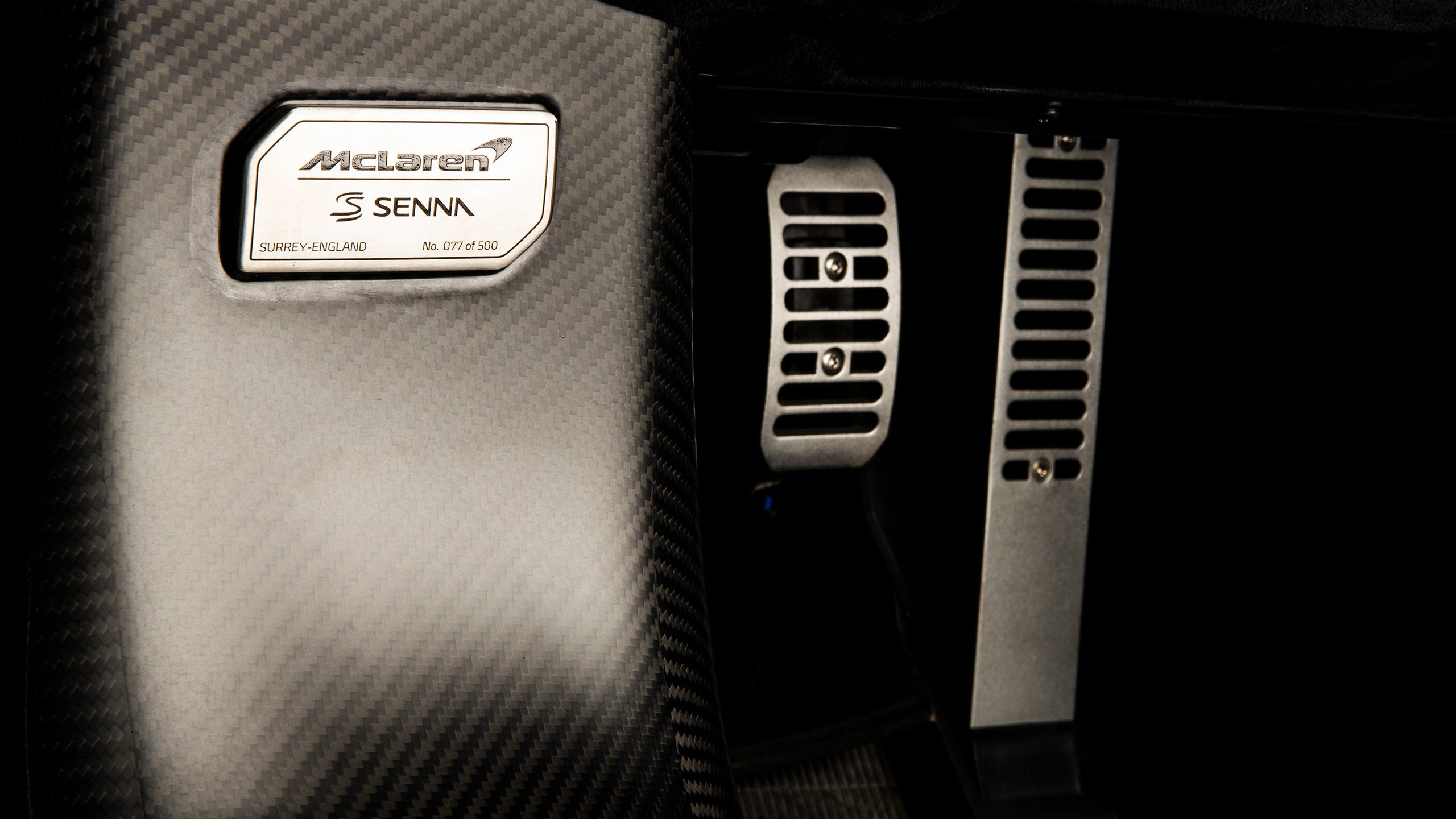 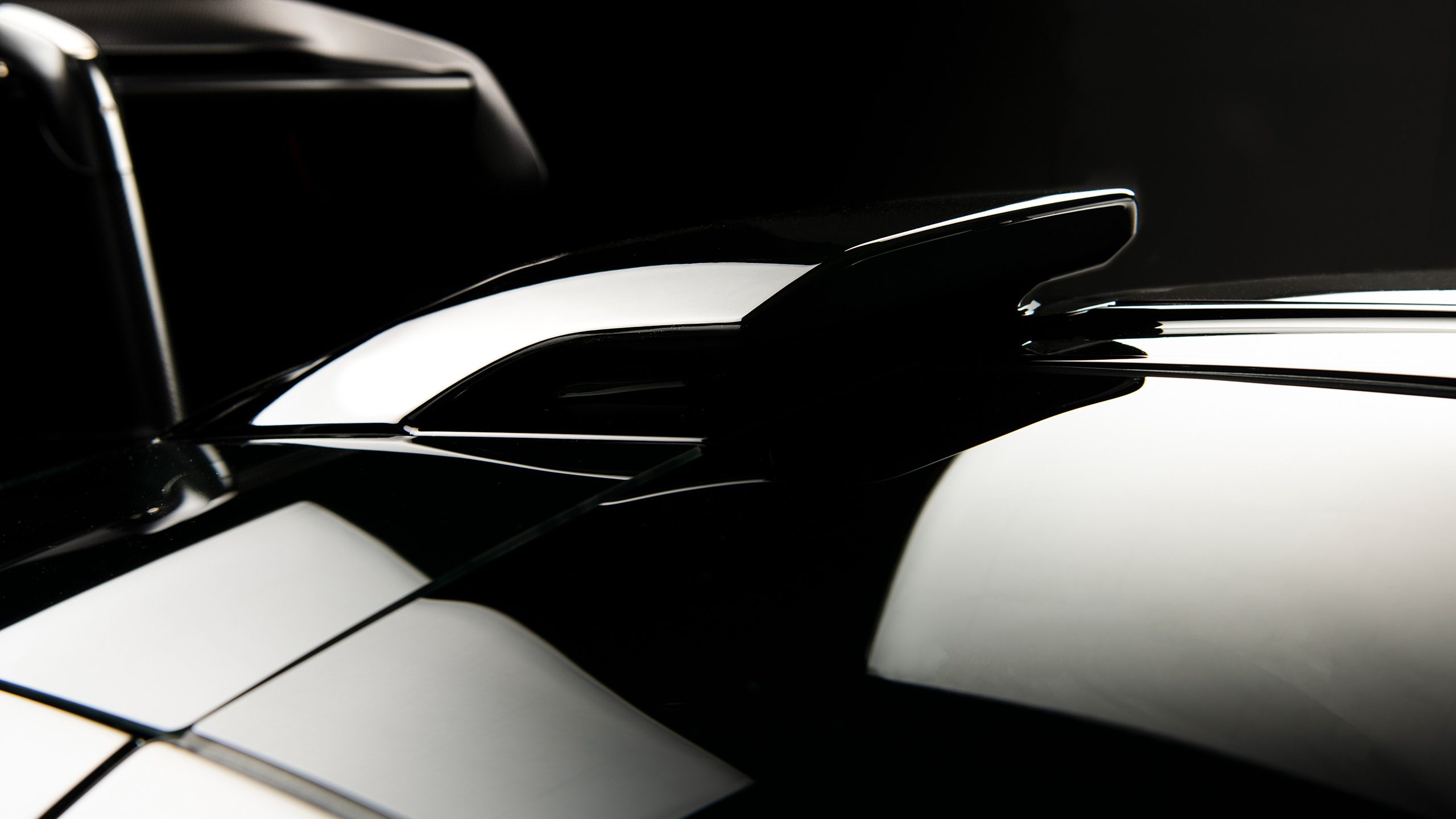 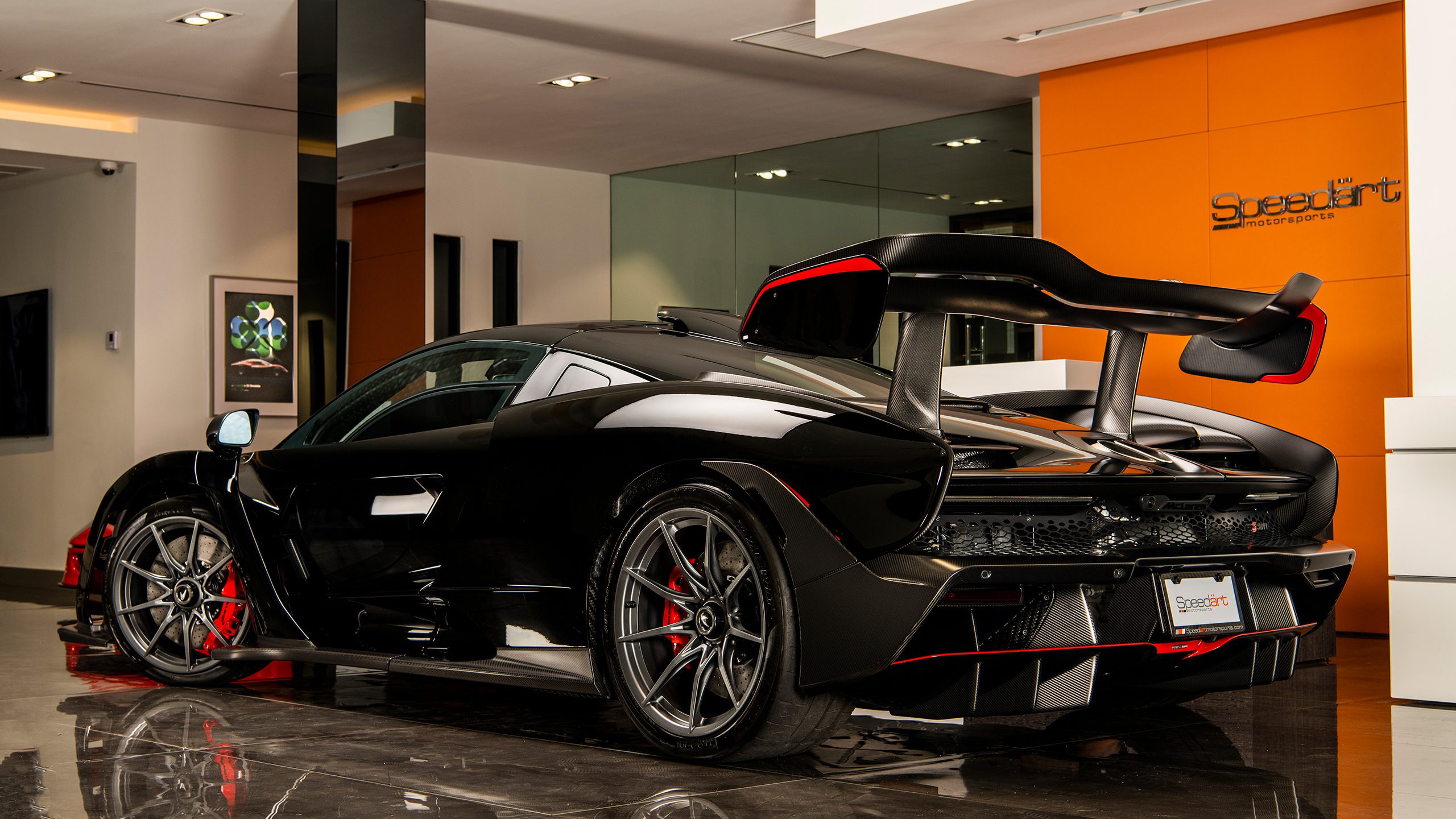 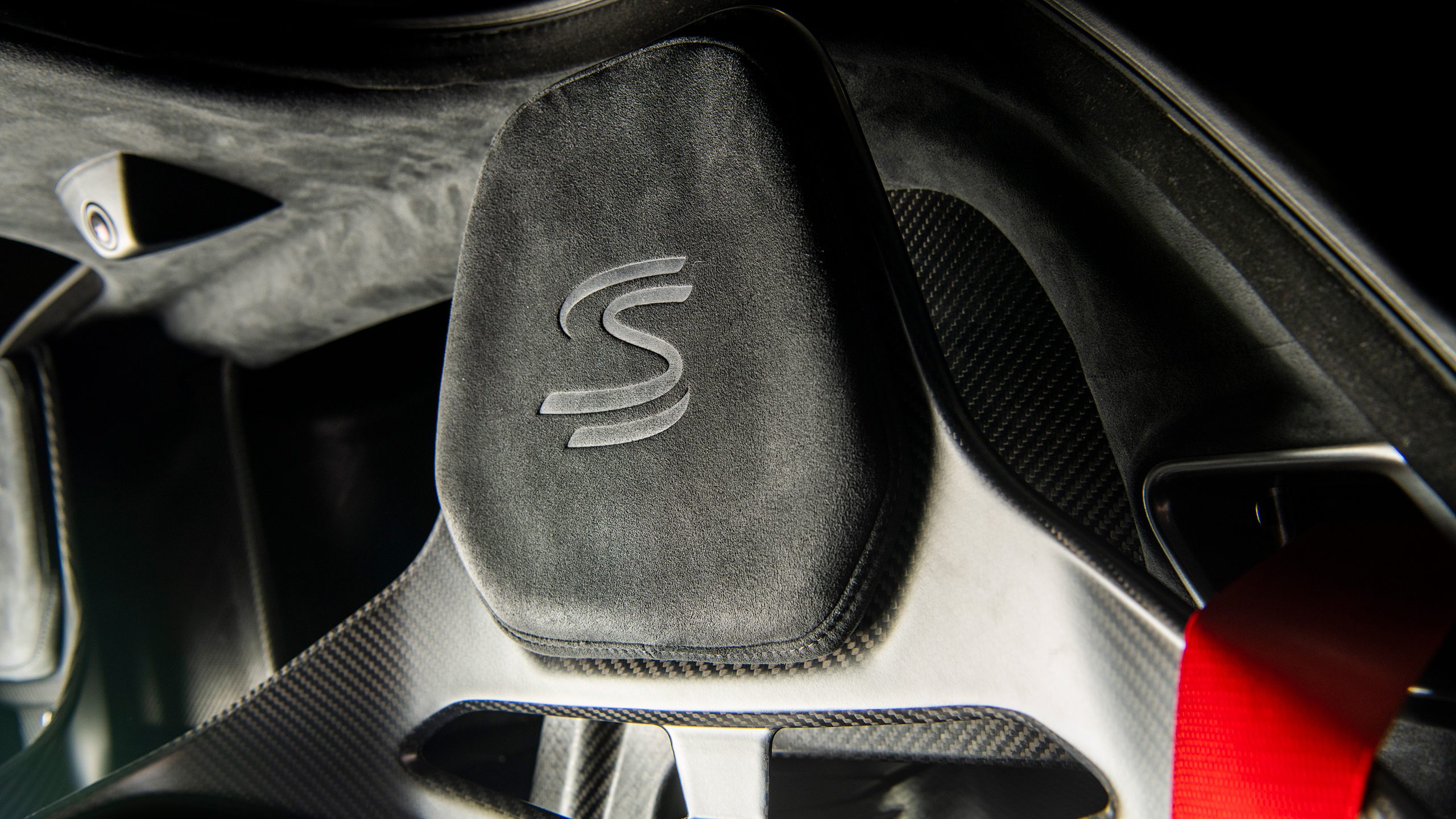 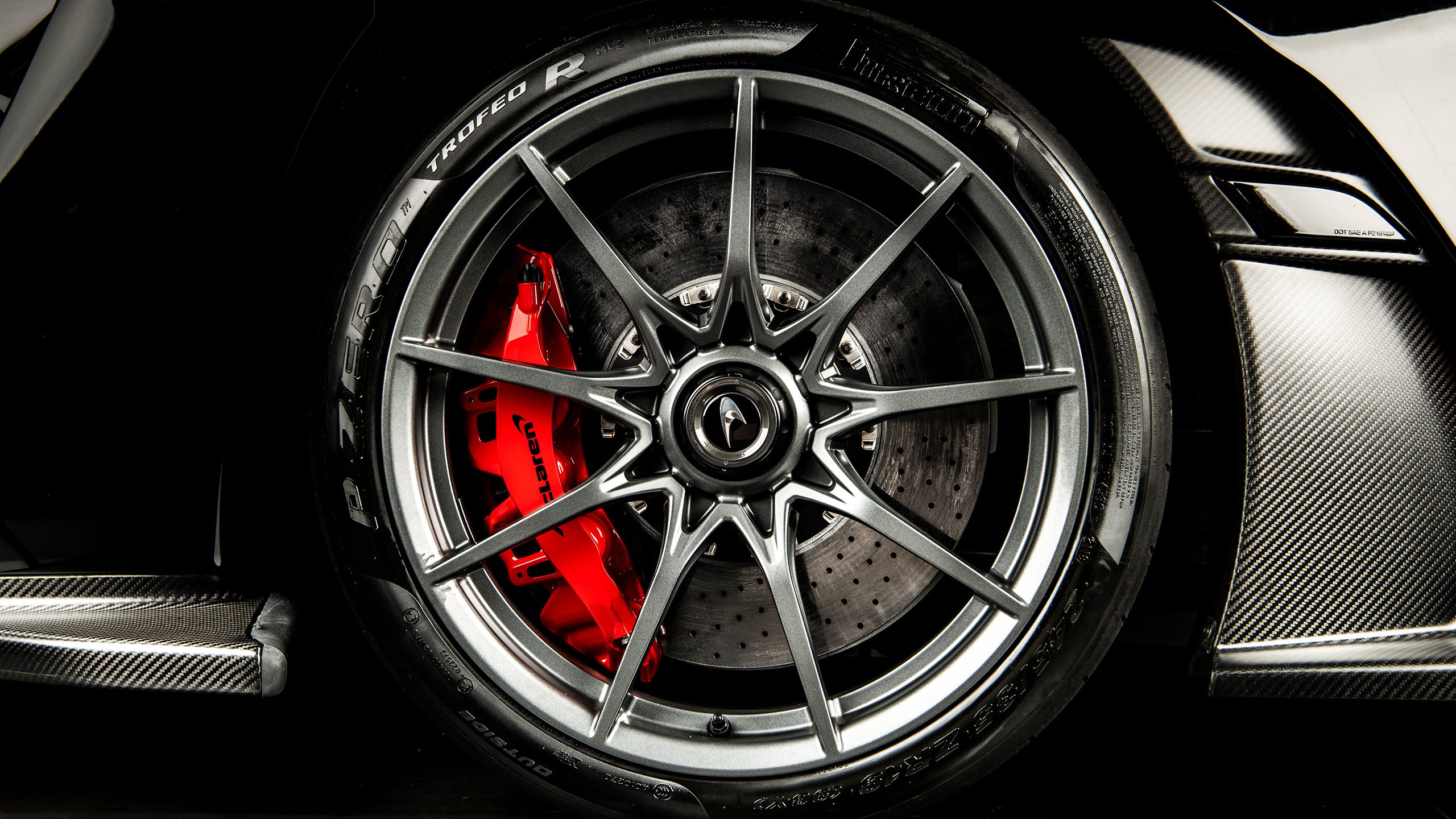 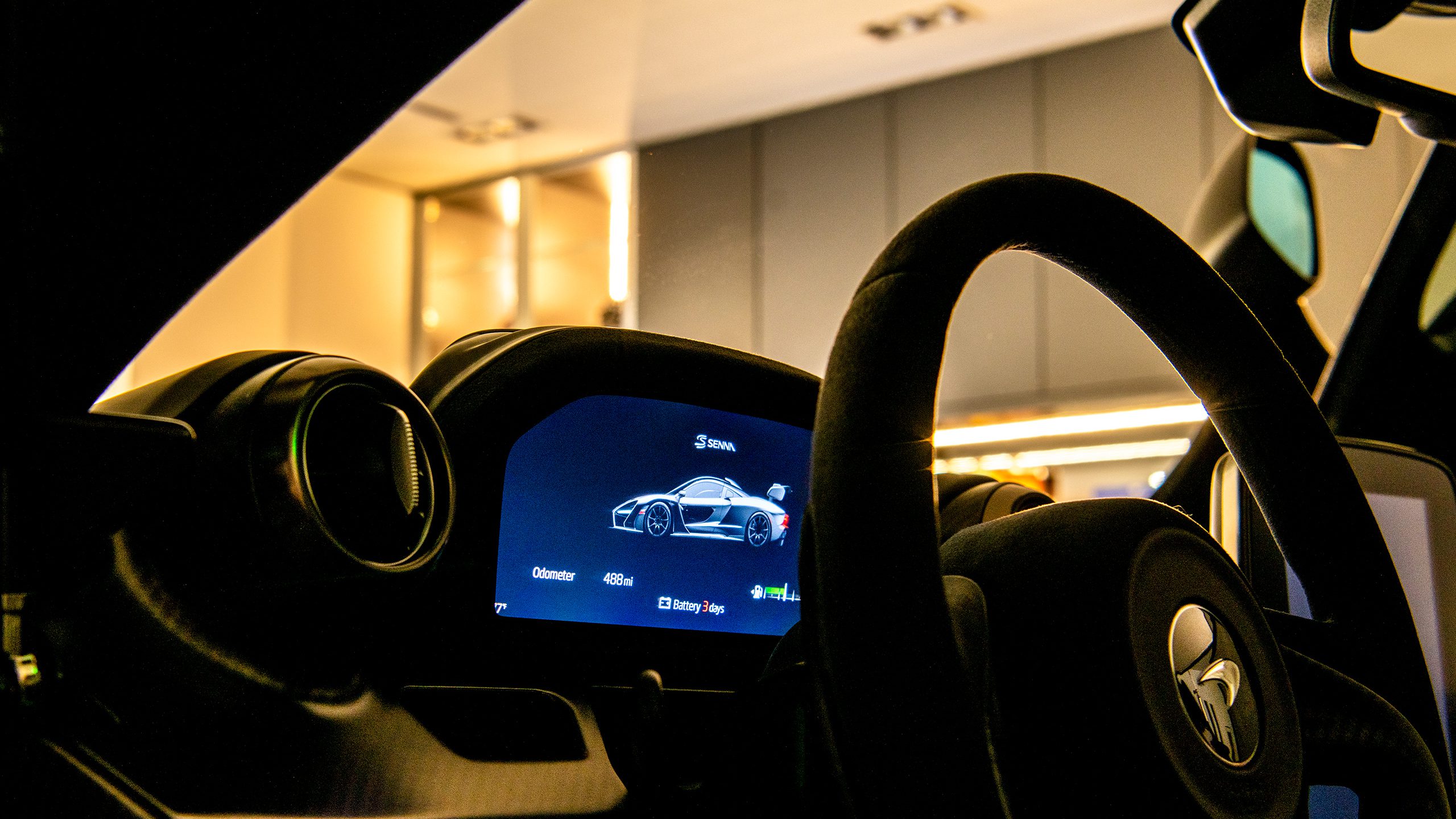 “The McLaren Senna has been designed, engineered and developed with single-minded purpose: to be the ultimate McLaren track-focused car for the road. Legalized for road use, but not sanitized to suit it, the new Ultimate Series deliberately compromises McLaren’s trademark breadth of supercar daily usability; instead it provides the purest connection between driver and car, to deliver the most intense circuit experience of any road McLaren”.

The McLaren Senna is the personification of McLaren’s DNA at its most extreme, creating the purest connection between man and machine.

It is the most track-focused road car the Woking factory has ever built, and it has set the fastest lap times of any McLaren to date. That is what has driven McLaren to build a track car that is unashamedly without compromise. One that is legalized for road use, but not sanitized to suit it. Nothing else matters but to deliver the most intense driving experience around a circuit. Inspired by one of McLaren’s greatest racing drivers, the McLaren Senna is utterly dedicated to allowing the driver to be the best they can possibly be.

The McLaren Senna is the ultimate distillation of the company’s ‘form follows function’ design mantra. To observe the detailed work that has gone into every aerodynamic element of the McLaren Senna is mesmerizing. To experience it all working in unison is truly incredible. The resulting 800kg of downforce in Race mode at significantly less than maximum speed 155mph is phenomenal, and the McLaren Senna creates, maintains and controls its aerodynamic performance to ensure the driver has the confidence to explore the limits such downforce unlocks.

The McLaren Senna has a single-minded purpose. In the pursuit of the most rewarding and intuitive driving experience, pioneering active aerodynamics generate unprecedented levels of downforce. It is also the lightest vehicle McLaren has ever built since the iconic F1, with their most powerful road car engine to date. This combination creates a staggering power-to-weight ratio of 668PS-per-tonne (659bhp). It is the most direct and responsive McLaren ever built, surpassing even the McLaren P1™ GTR, to create the purest connection with the driver. The McLaren Senna is a new track benchmark for McLaren.

You may think of the McLaren Senna as a race car – It was designed and built it to perform on the track first and foremost. The active aerodynamics are pioneering, and the unprecedented visibility achieved through the unique glazed doors gives the driver total confidence. Exhaustive, fearless engineering has led the constructor to revaluate and reassess every component, no matter how small or insignificant, to maximize performance. Carbon fibre is used for the monocoque, the body and everywhere lightness, rigidity and strength is needed – it is the reason the McLaren Senna is the lightest road vehicle McLaren Automotive has ever built.

800PS and 800Nm from a 4.0 litre twin-turbocharged V8, the most powerful internal combustion engine McLaren has ever built. 800kg of downforce made possible by pioneering active aerodynamics. The lightest McLaren since the iconic F1 with dry weight of under 1,200kg. A power-to-weight ratio of 668PS-per-tonne (659bhp) that ensures it will set the fastest lap times of any McLaren road car to date. 0-124mph (0-200km/h) in 6.8 seconds and a top speed of 208mph. Next-generation carbon ceramic brakes that utilize racing technology. Discover the savage performance of the McLaren Senna.

True to the legendary abilities of one of McLaren’s greatest racers, every element of this Ultimate Series has an uncompromising performance ethos and a raw focus that delivers the purest connection between the driver and the machine. This emotional and intuitive intensity comes from trust. From the ability of the driver to feel hardwired into the experience. Unparalleled feedback is key. An incredible connection with the road and track is paramount because to truly enjoy the sensation of driving at ferocious speed you need a machine that actively communicates its every intent, putting you in control.

The McLaren Senna combines the revolutionary suspension technology developed for the McLaren P1 with the factory’s latest control theory to create RaceActive Chassis Control II. Offering truly uncompromising performance, this innovative new hydraulic suspension features a Race mode, which significantly reduces the ride height, lowering the centre of gravity and increasing the power of the aerodynamics. The level of sophistication in the McLaren Senna is groundbreaking. The hydraulic suspension allows relative compliance at low speeds in Race mode, aiding mechanical grip. Then, as speeds increase, it stiffens, supporting the increasing aerodynamic loads that would otherwise cause the vehicle to ground out on the circuit.

The braking system is the most advanced ever fitted to a McLaren road car. The next-generation carbon ceramic brakes incorporate racing technology, and each disc takes seven months to create – seven times longer than a conventional carbon ceramic disc. The Formula 1™ inspired front calipers feature a super-stiff monobloc design and six ventilated pistons to reduce temperatures. A brake booster used on the track-only McLaren P1 GTR enhances modulation and pedal consistency. The resulting braking performance is phenomenal: 124mph to standstill is achieved in just 100 meters, and less than 30 meters is covered when stopping from 60mph.

A dual-clutch, seamless-shift, seven-speed gearbox delivers power from the mid-mounted engine to the rear wheels. Adopted from Formula 1™, Ignition Cut technology sees a momentary cut of the fuel spark during a gearshift for the fastest possible changes, and is accompanied by a dramatic aural ‘crack’ on both upshifts and downshifts. McLaren’s extensively developed transmission and software strategy has a launch-control function that delivers truly breathtaking straight-line performance. Acceleration from 0-60mph is achieved in 2.6 seconds, 0-124mph in 6.8 seconds and 0-186mph in 17.5 seconds. The standing quarter mile is completed in 10.0 seconds, and the maximum speed is 211 mph.

Speedart Motorsports is showcasing one of its finest contemporary supercars and what is believed to be one of the very few examples available for sale world-wide at the time of this listing. Just 500 examples of the McLaren Senna were built, and each one carried a base price of precisely $958,966 excluding options and delivery fees. That was a lofty sum then as it is now, but given the exclusivity of this automotive milestone, all production slots were quickly spoken for.

This absolute track weapon, production number 077, was ordered new via the McLaren Special Operations department (MSO) by a loyal brand enthusiast and custodian of an esteemed collection of supercars from Surrey. The Senna was appropriately commissioned with a number of extras and some of the options that adorn this Ultimate Series McLaren are specified on the build sheet as following:

The Senna is finished in dazzling Cosmos Black from McLaren’s elite color palette with highly contrasting accents of Red aero blades, front and aft diffusers as well as brake calipers, in unison with its extroverted character. The odometer of this single ownership Senna currently displays 488 careful miles, never raced on or off a circuit and upon request a non-derogatory Carfax report may be supplied, supporting its immaculate provenance.

This impossibly perfect British thoroughbred is presented completely unmolested and absent of any modifications or aftermarket enhancements. A Nano-Ceramic Coating further attests to the fastidious care the motorcar received during its eighteen months of ownership while it is free of any blemishes or imperfections both on the exterior and in the cockpit.

The sale of the 2019 McLaren Senna is accompanied by all keys, owners manuals, original window sticker, branded dust cover, lithium-ion battery charger and additional equipment as supplied by the manufacturer.

With production of the limited series Senna already ceased this is an opportunity to acquire one of the most legendary road cars ever conceived in the Woking factory and of what we believe to be a sound future investment while its unparalleled performance could be currently enjoyed by spirited drivers on the road or on the track.

Speedart Motorsports invites all inquiries and interested parties to witness up-close and personal this quintessential McLaren.