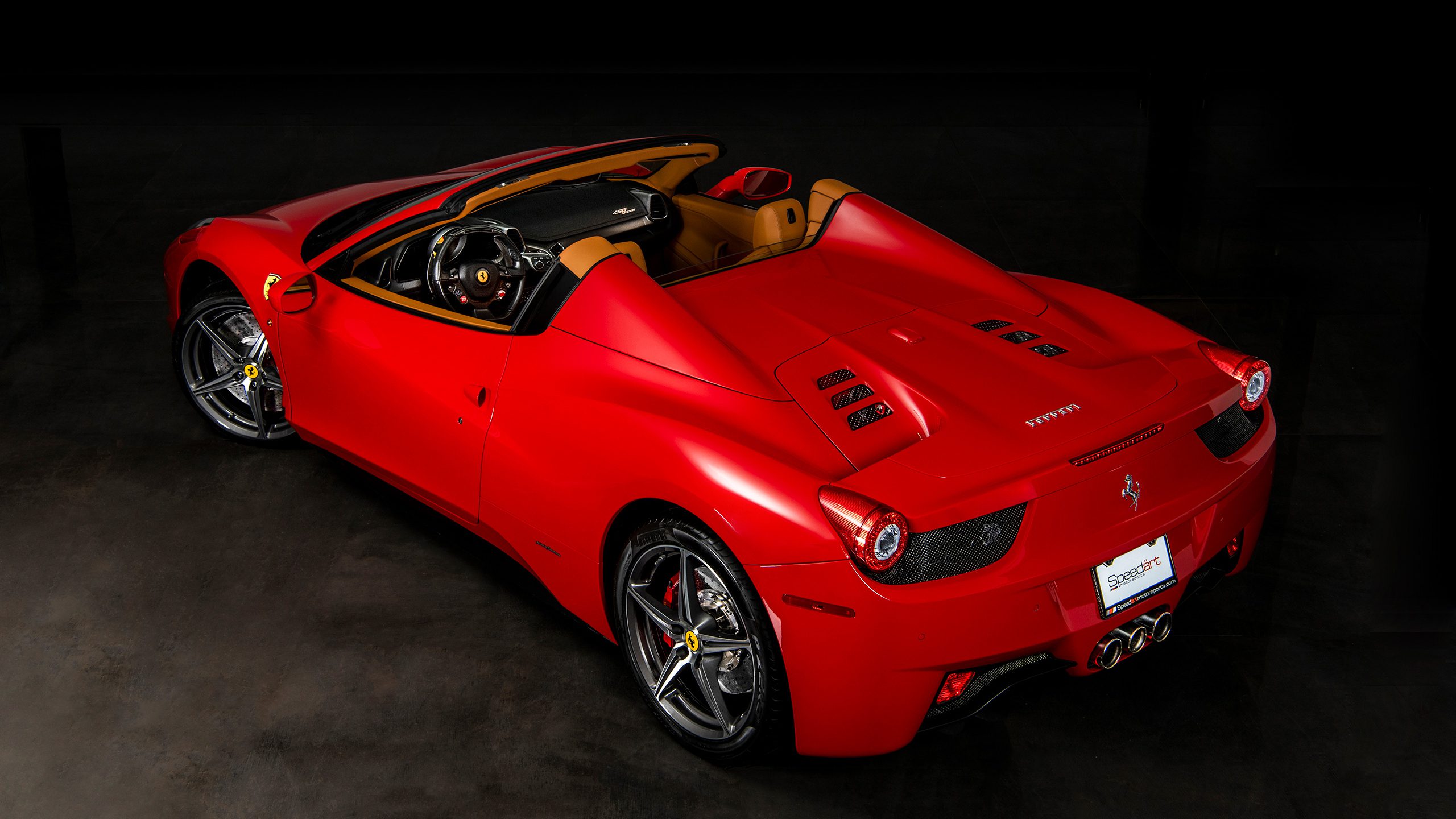 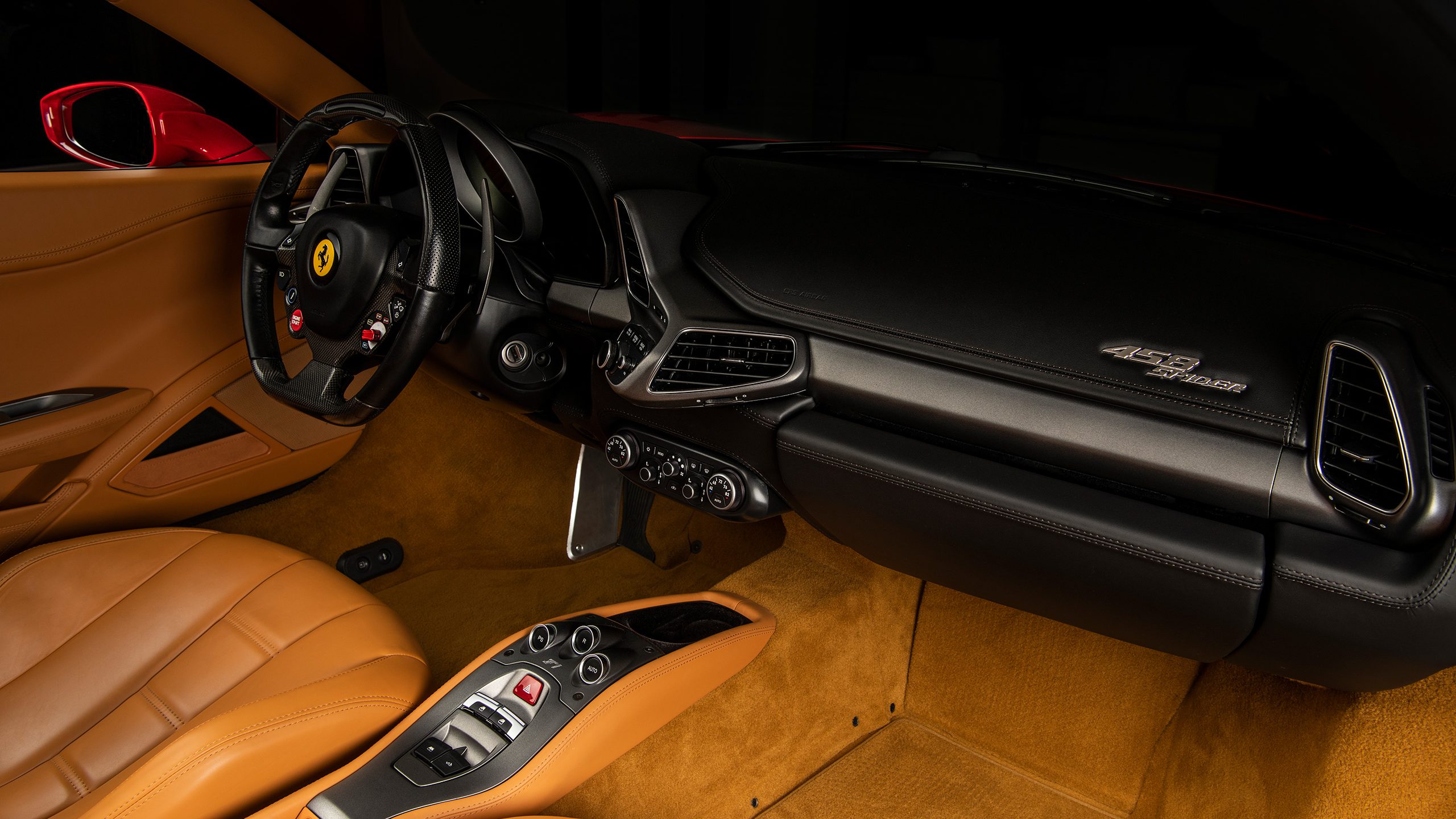 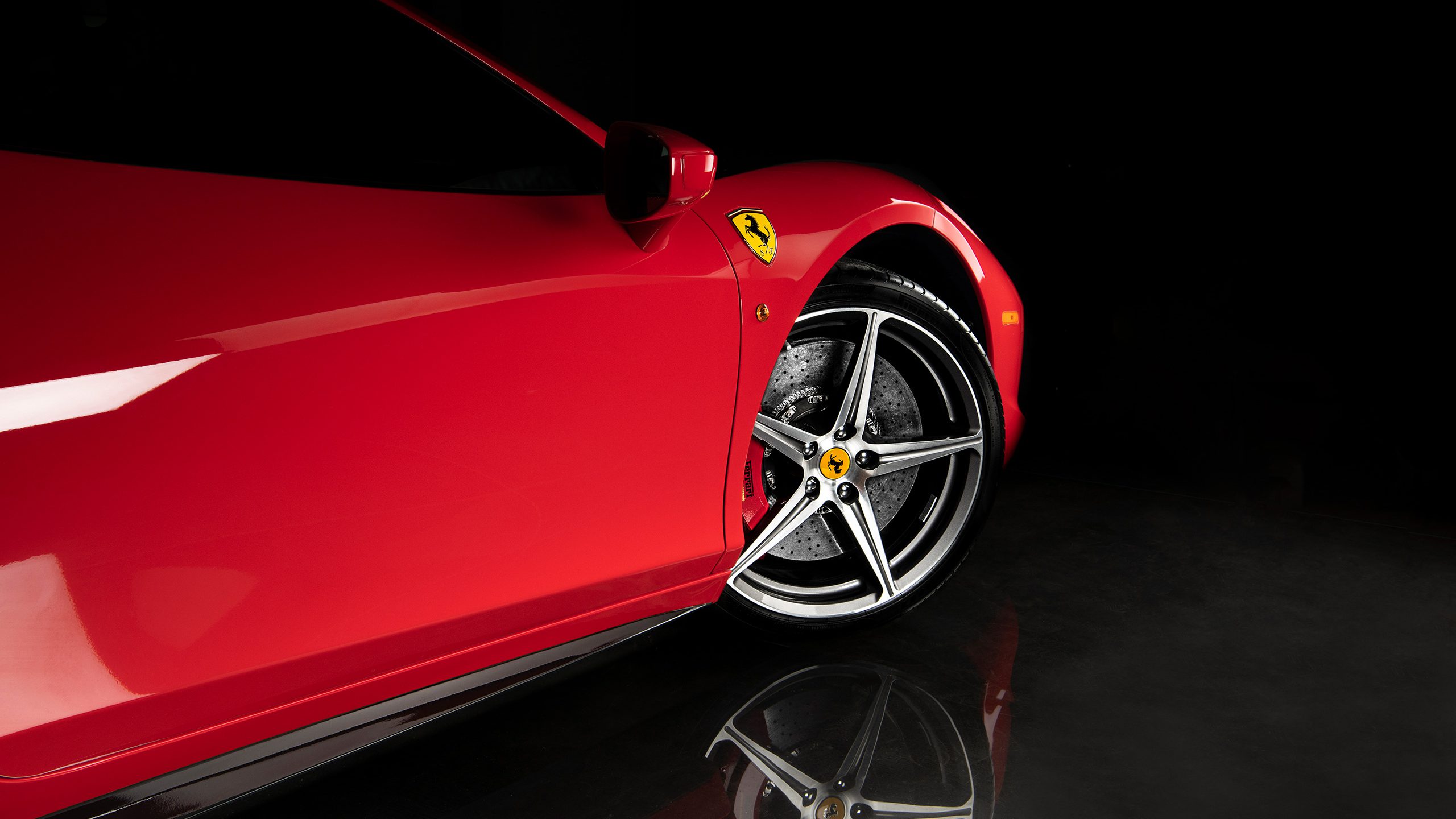 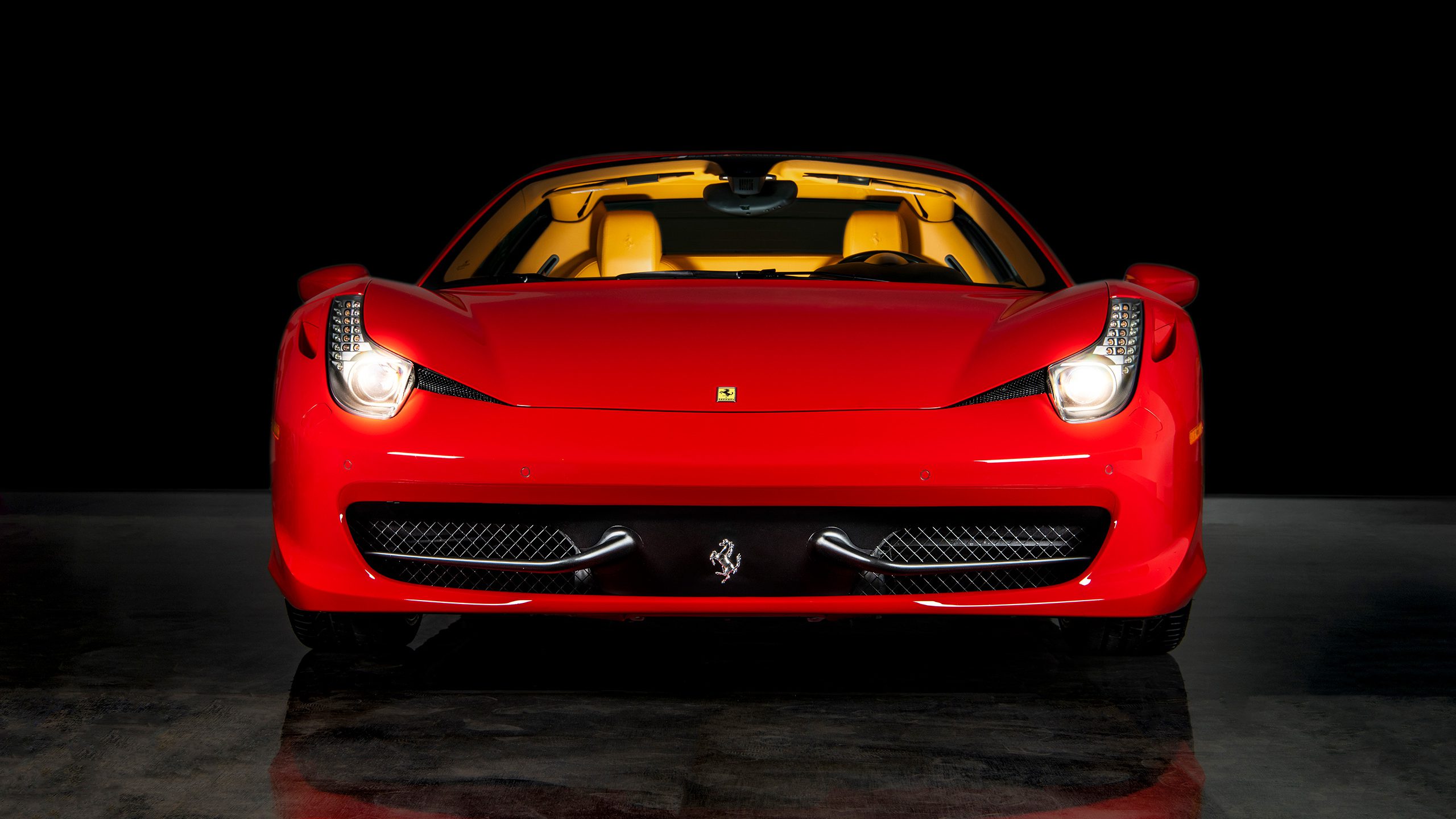 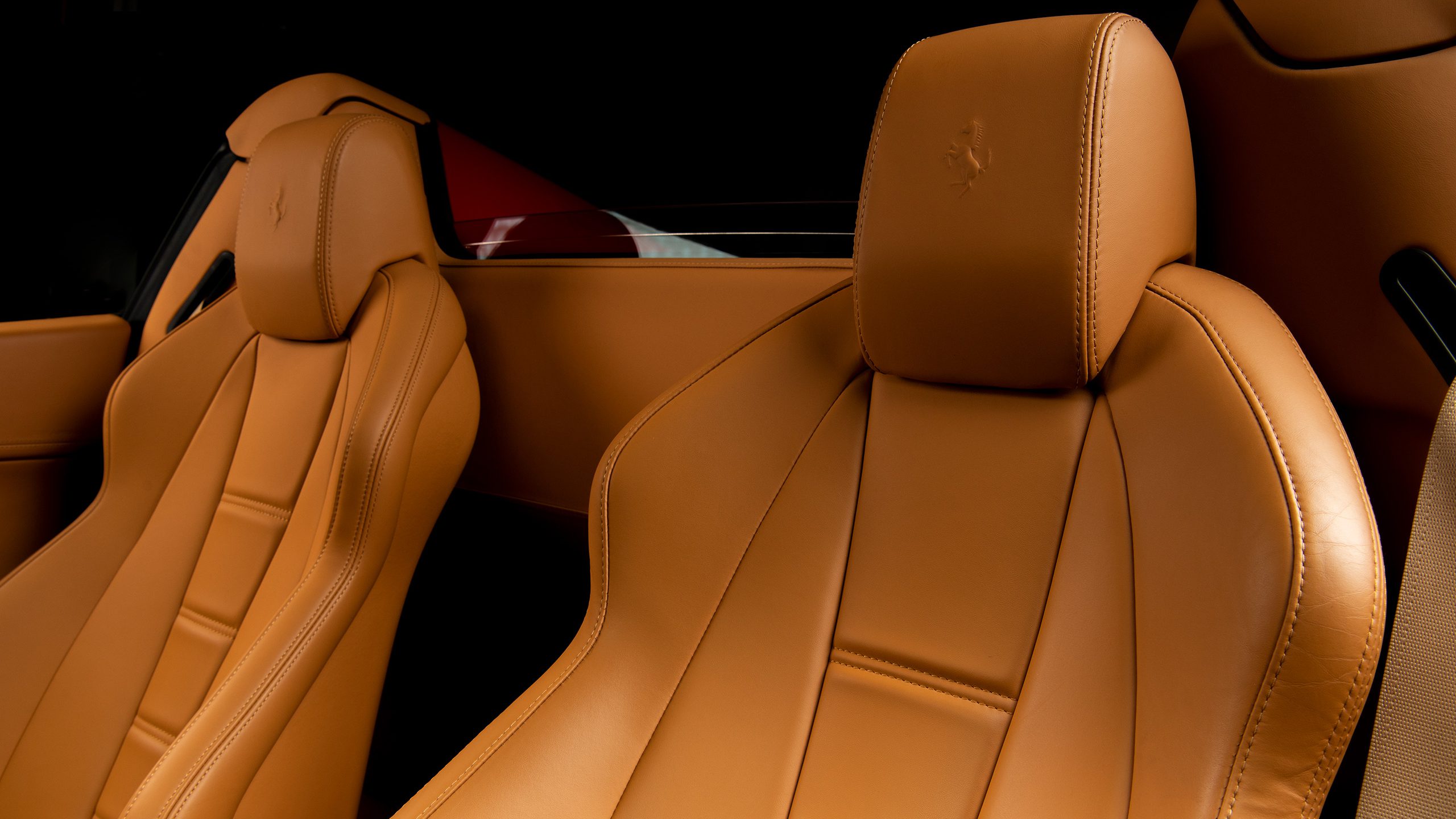 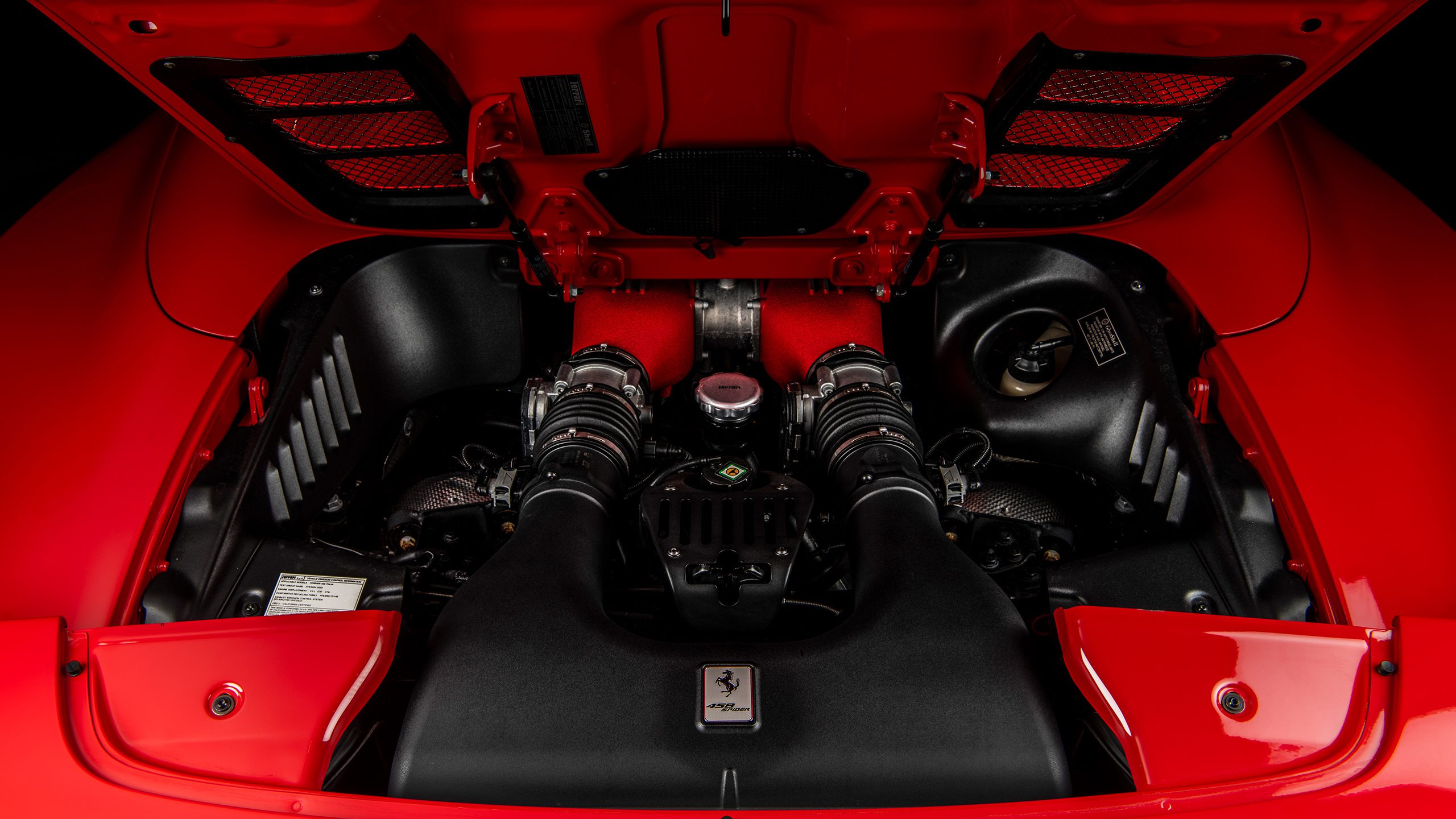 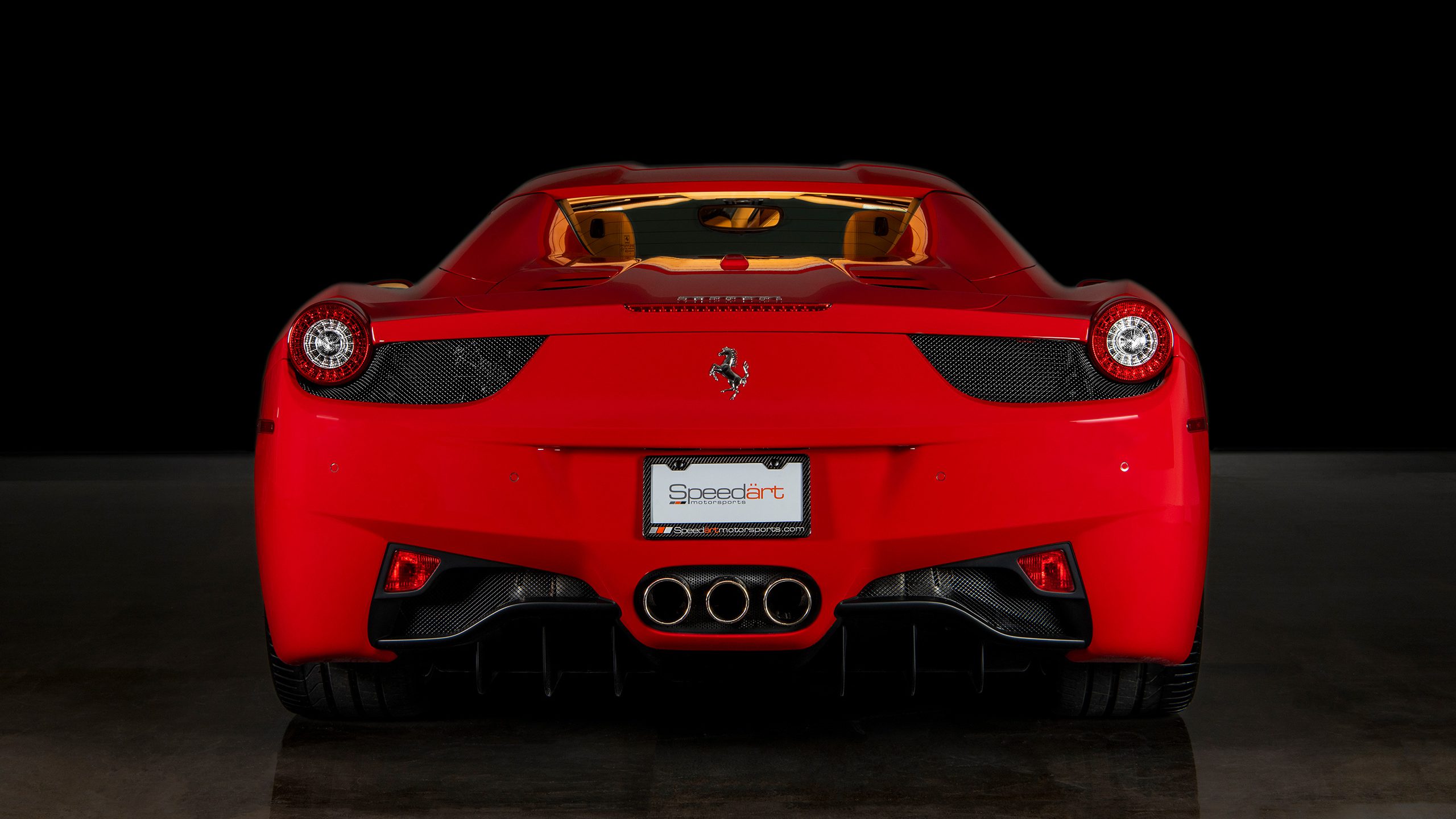 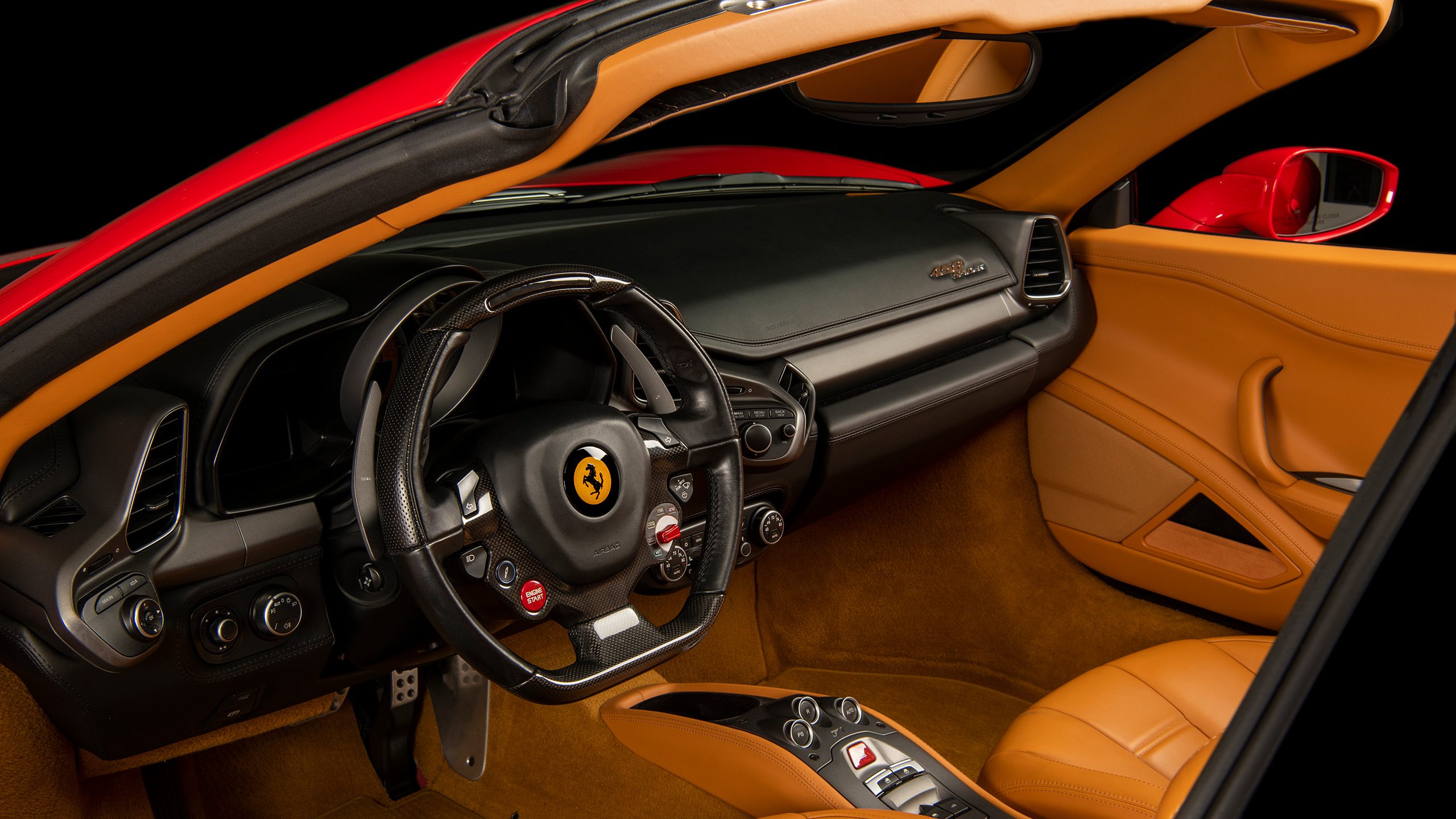 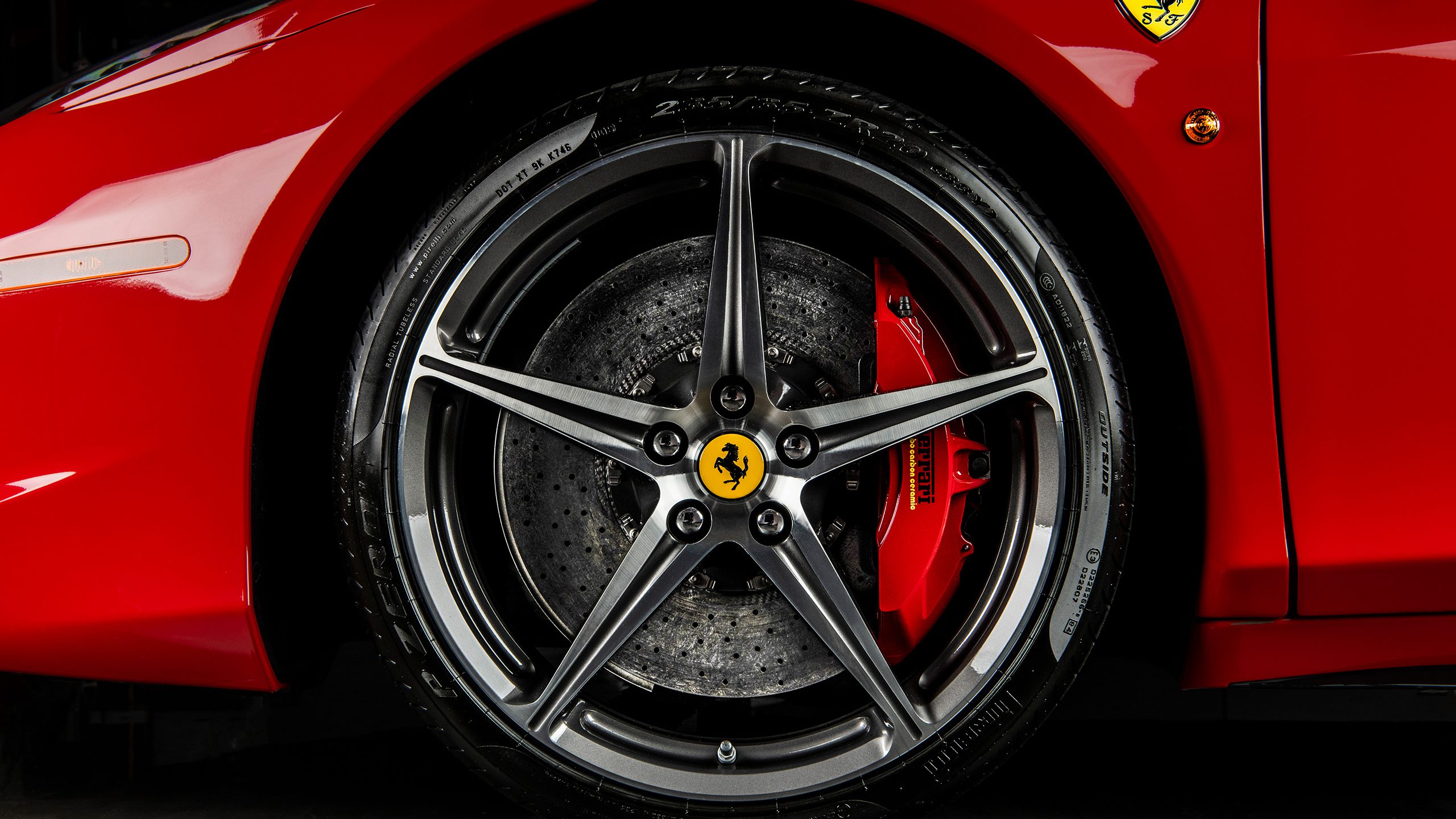 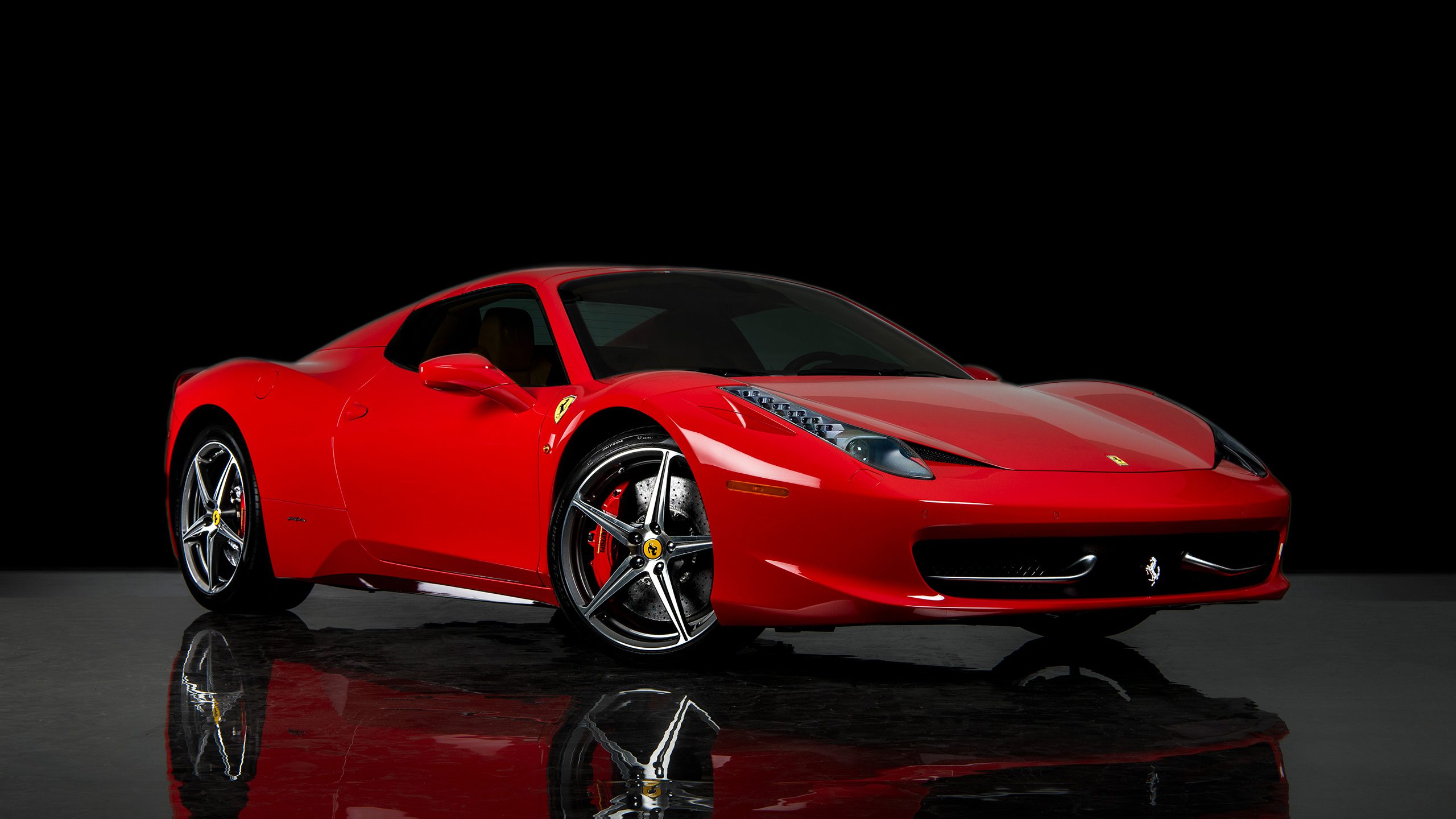 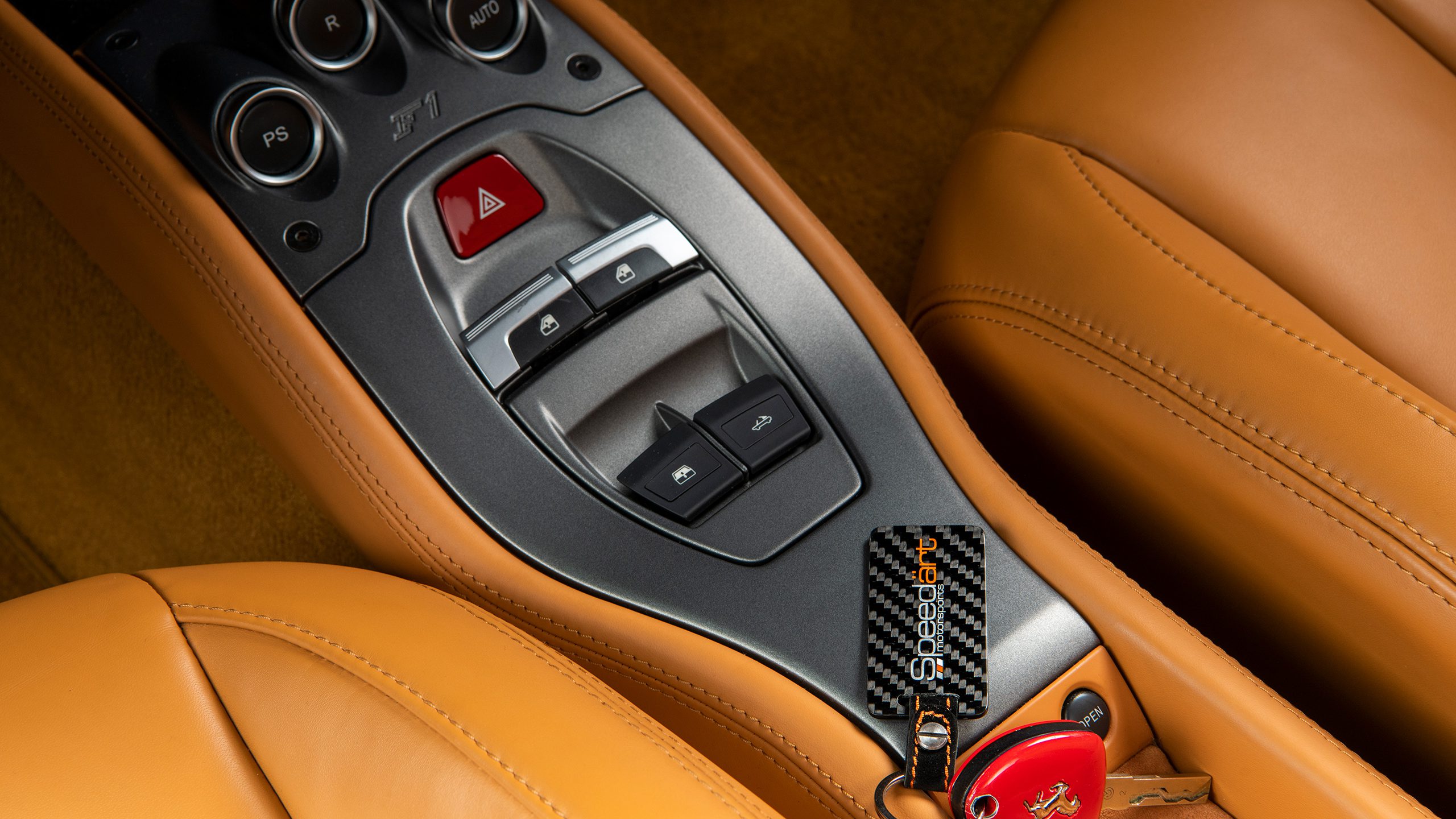 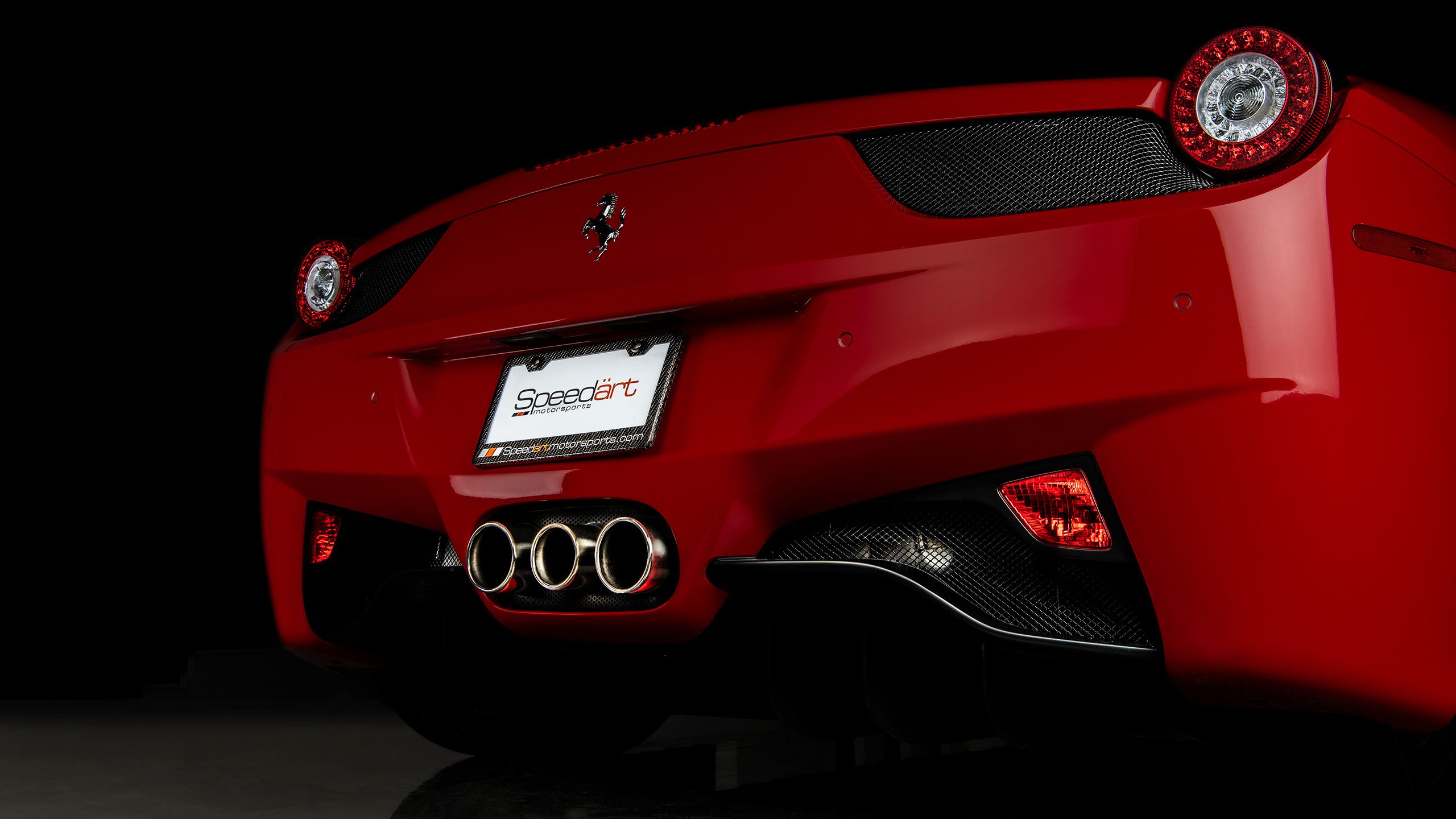 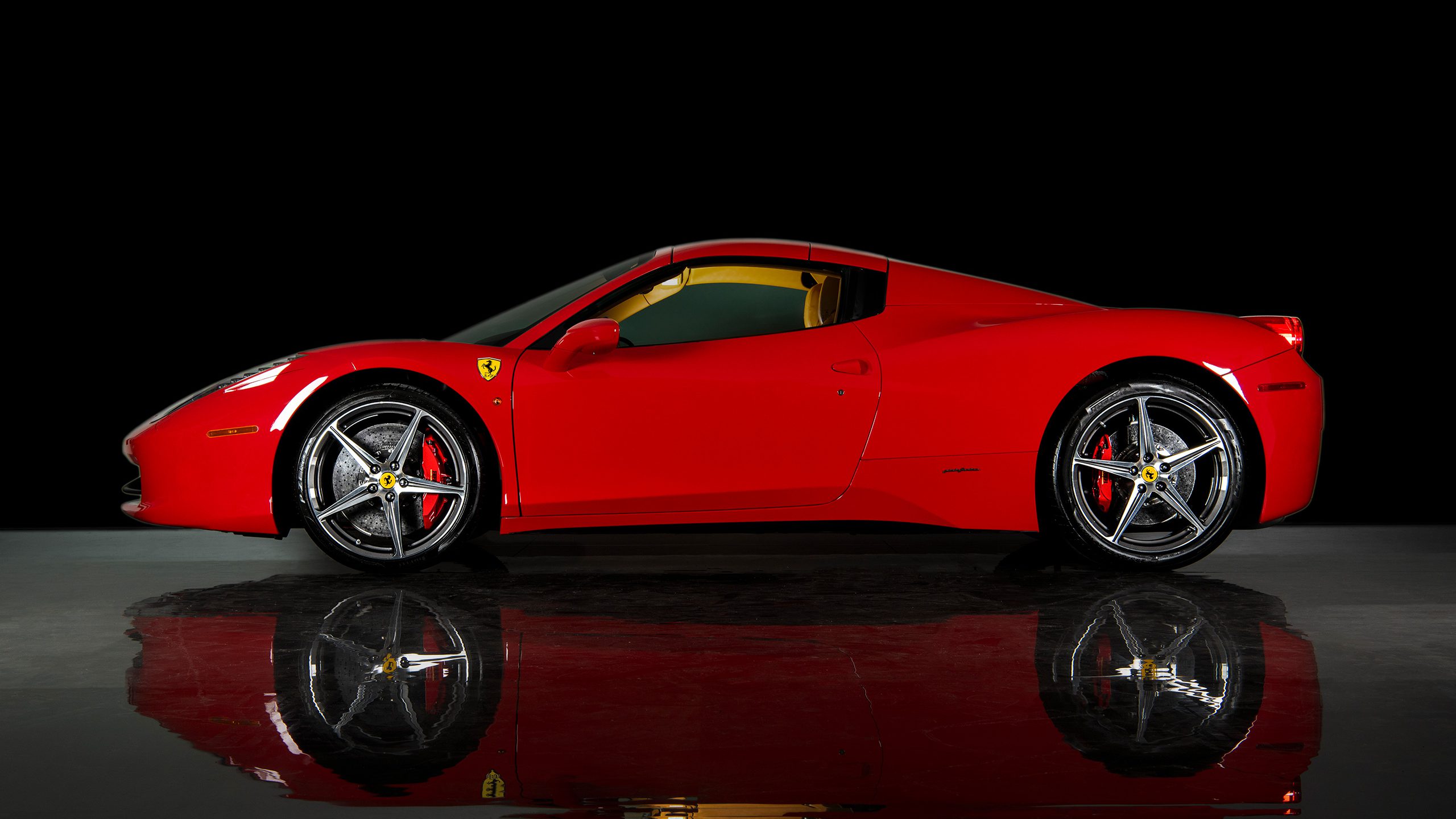 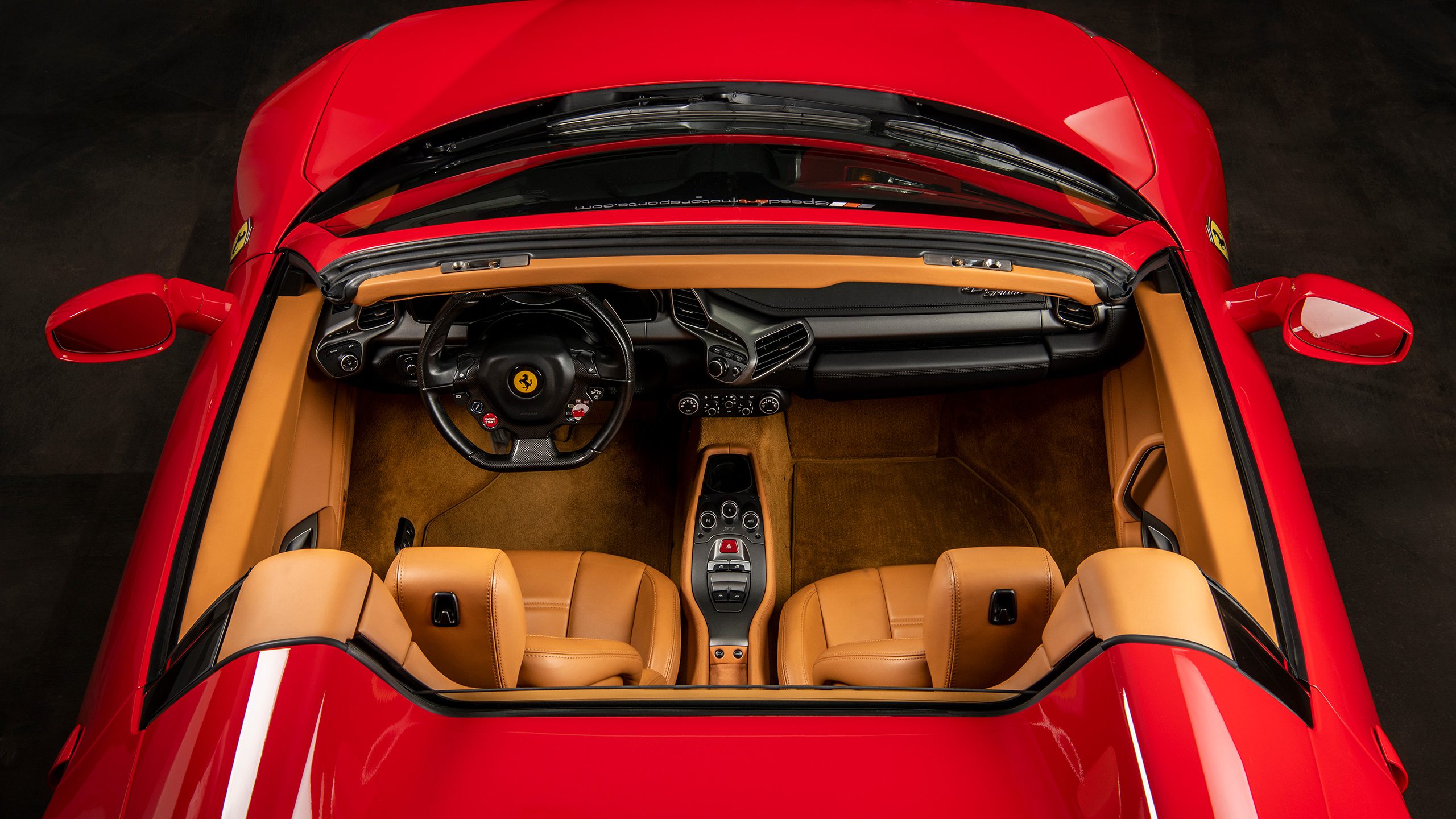 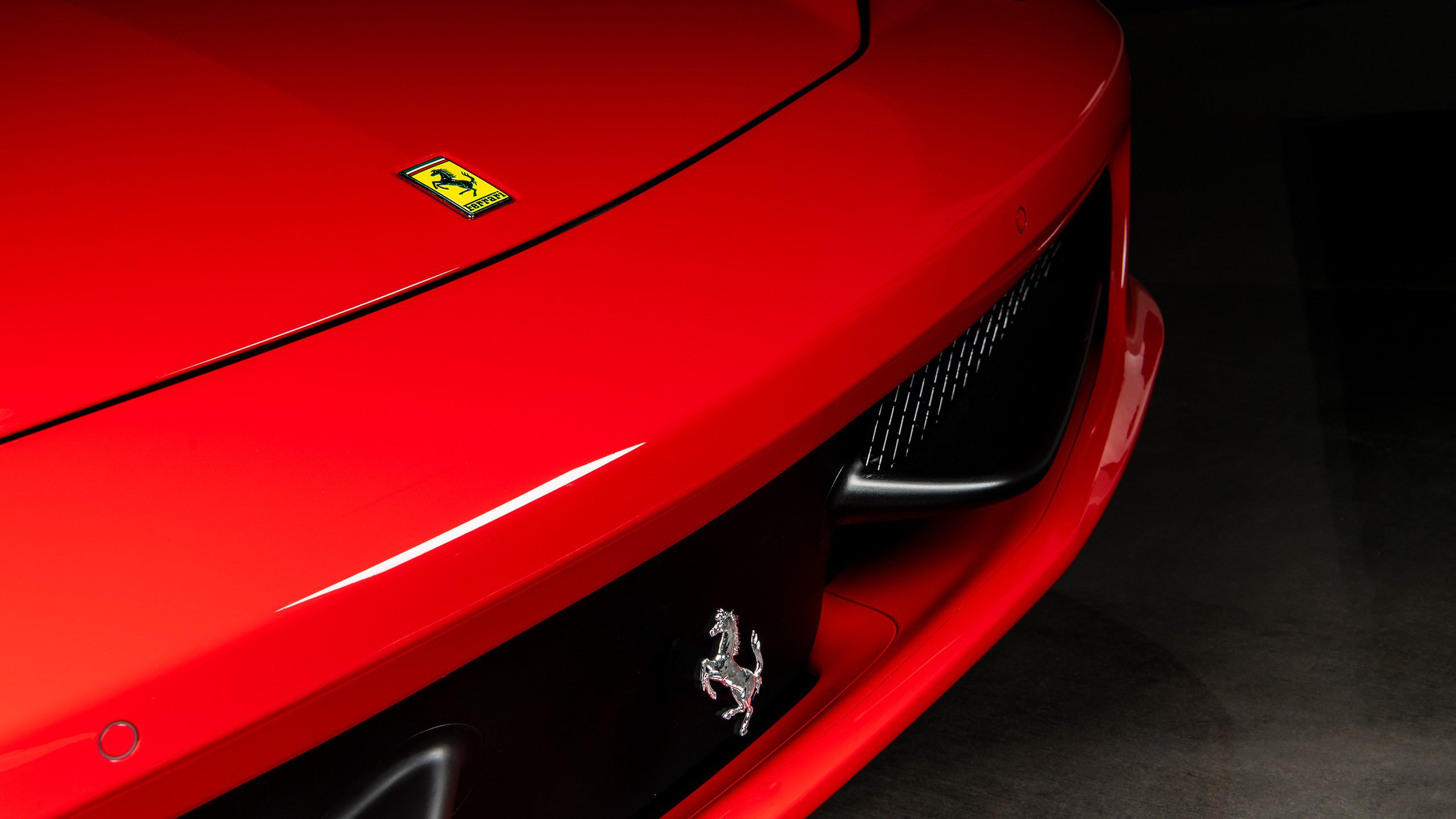 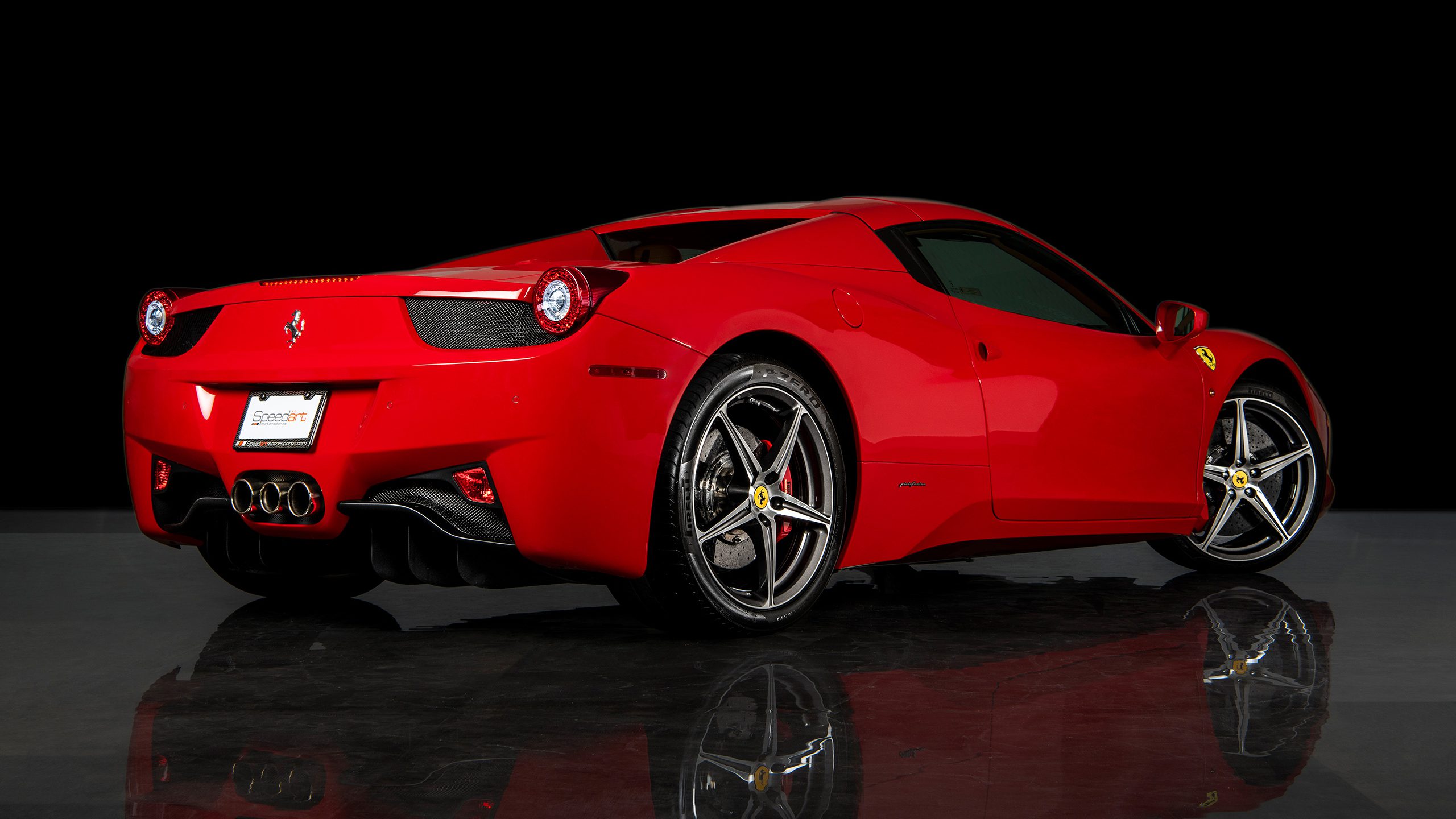 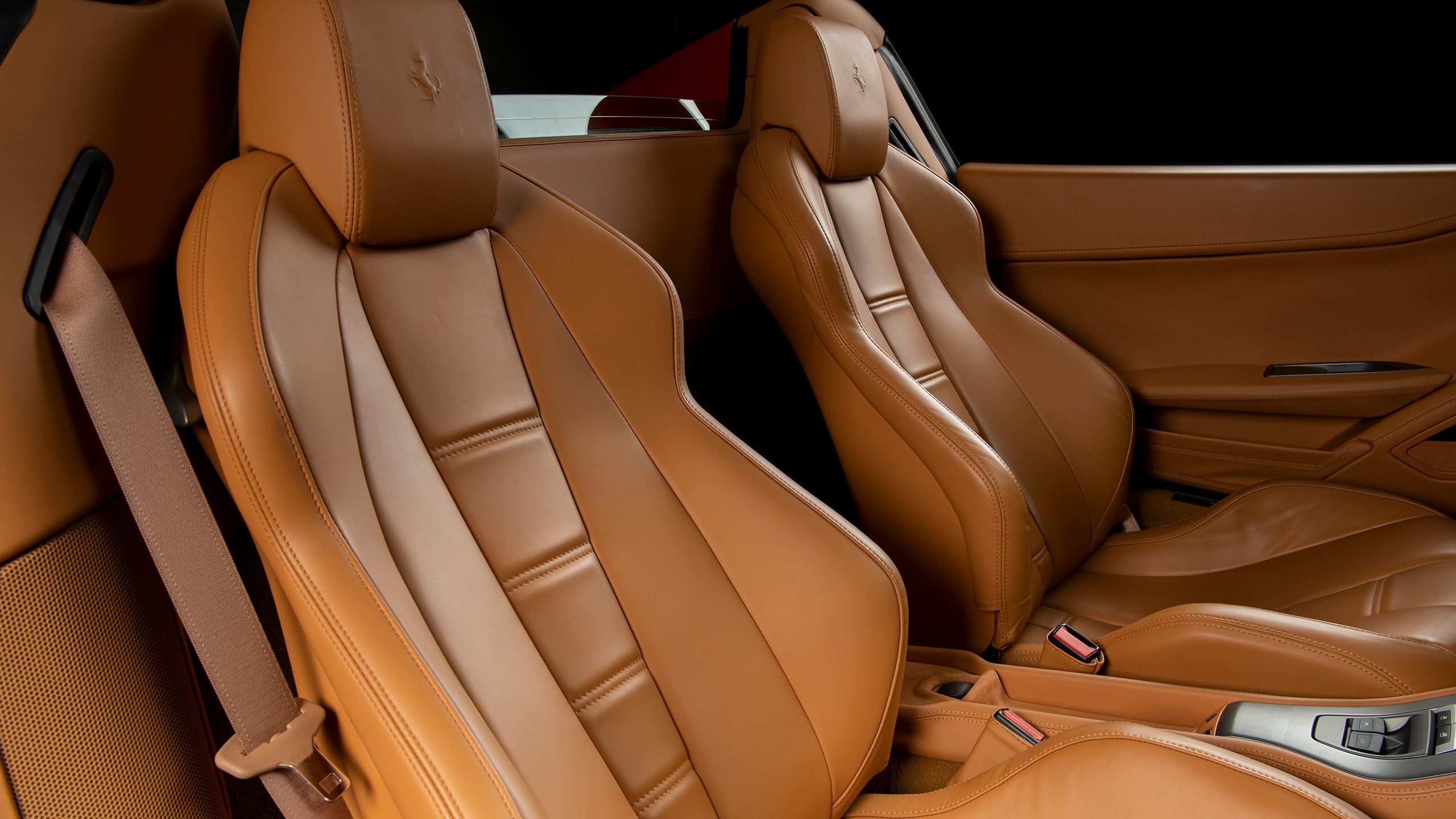 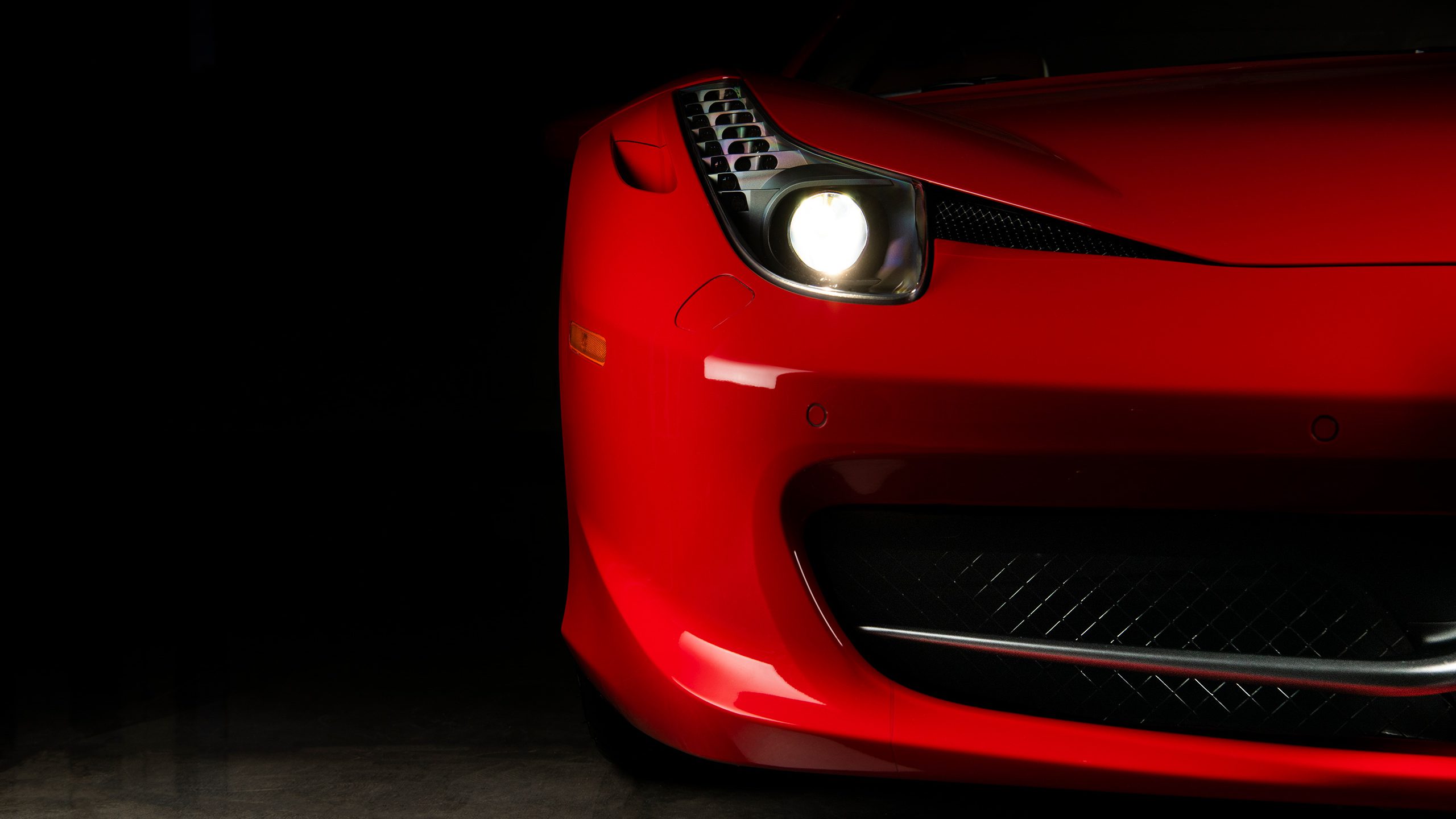 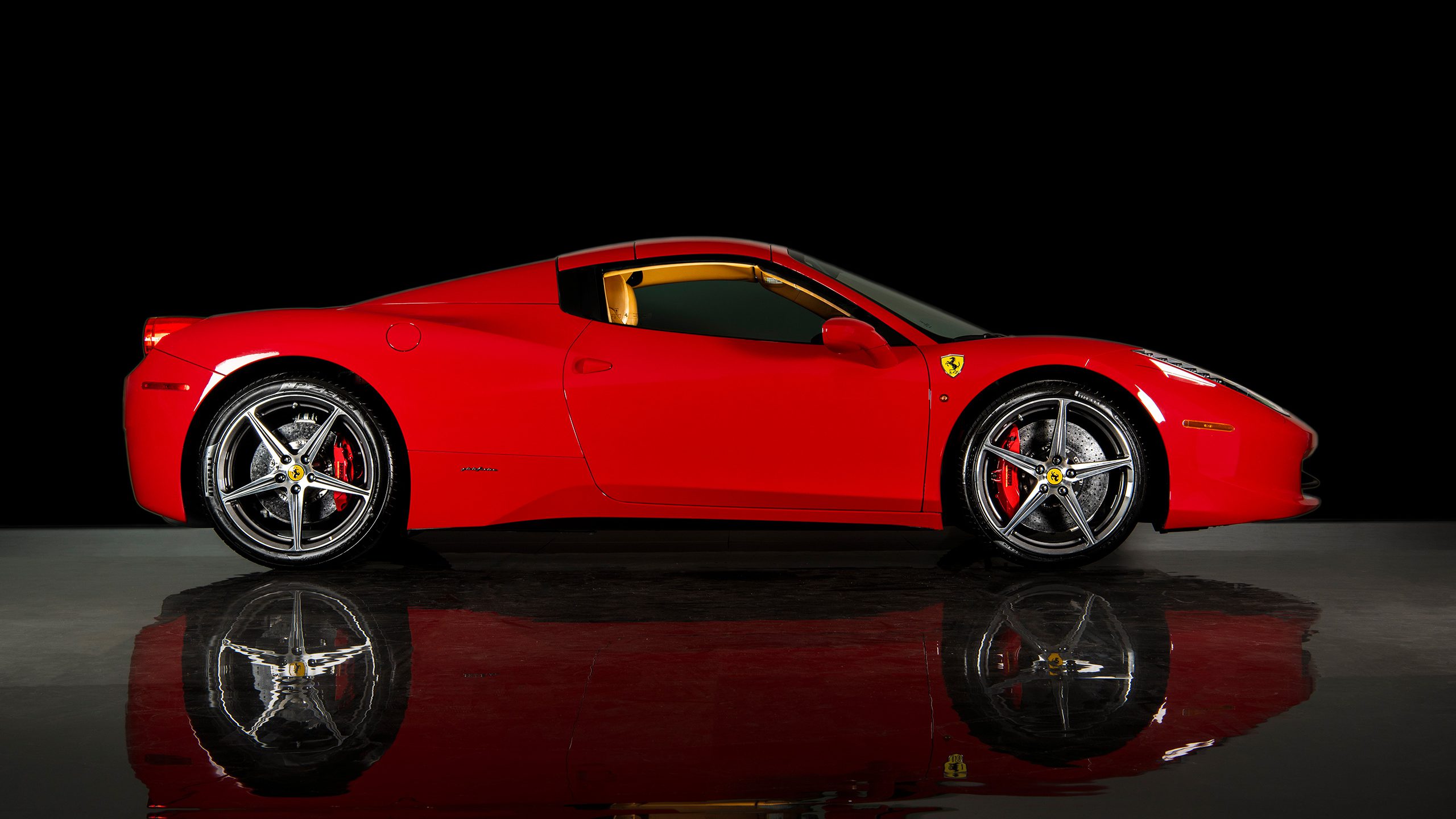 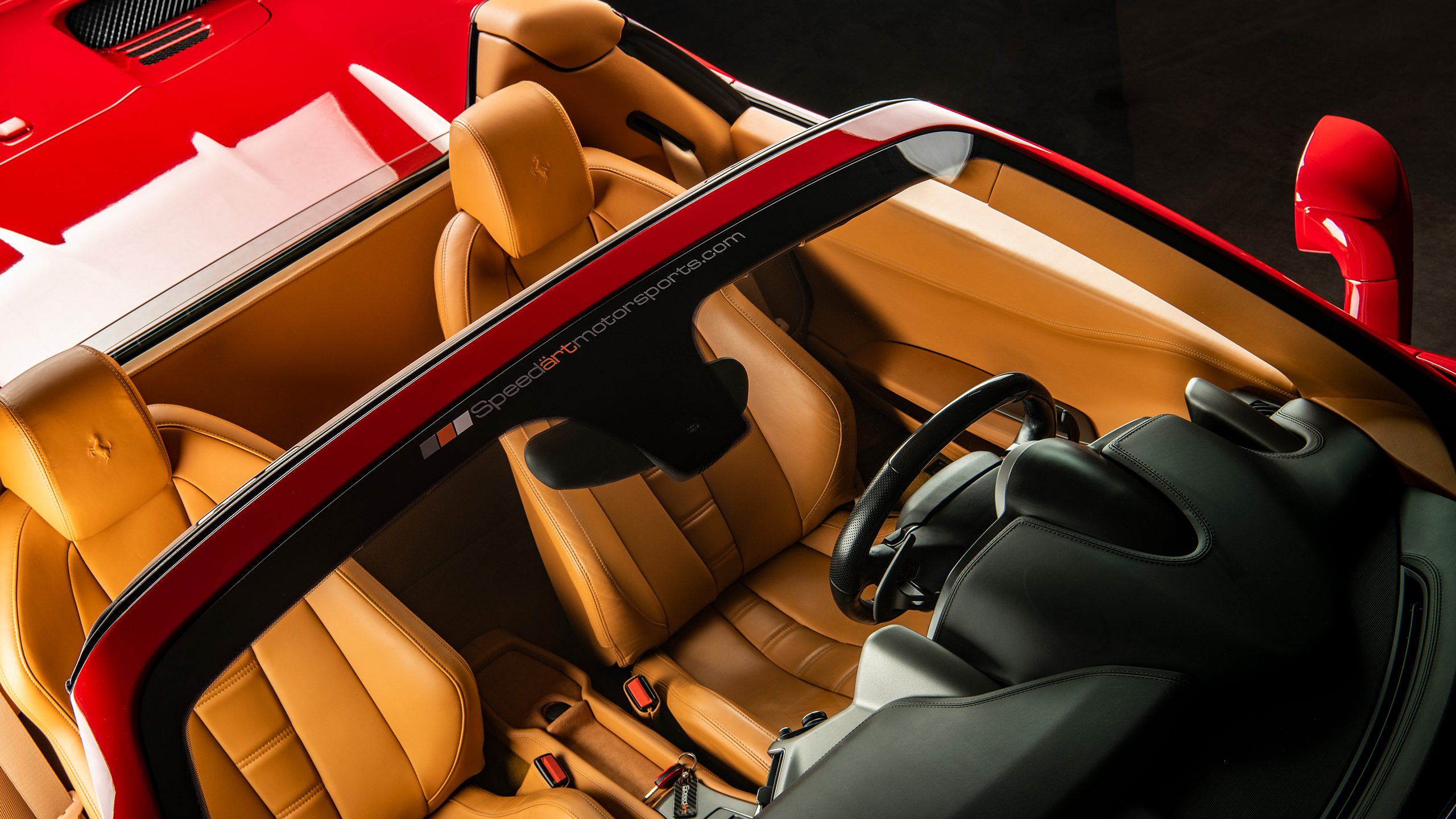 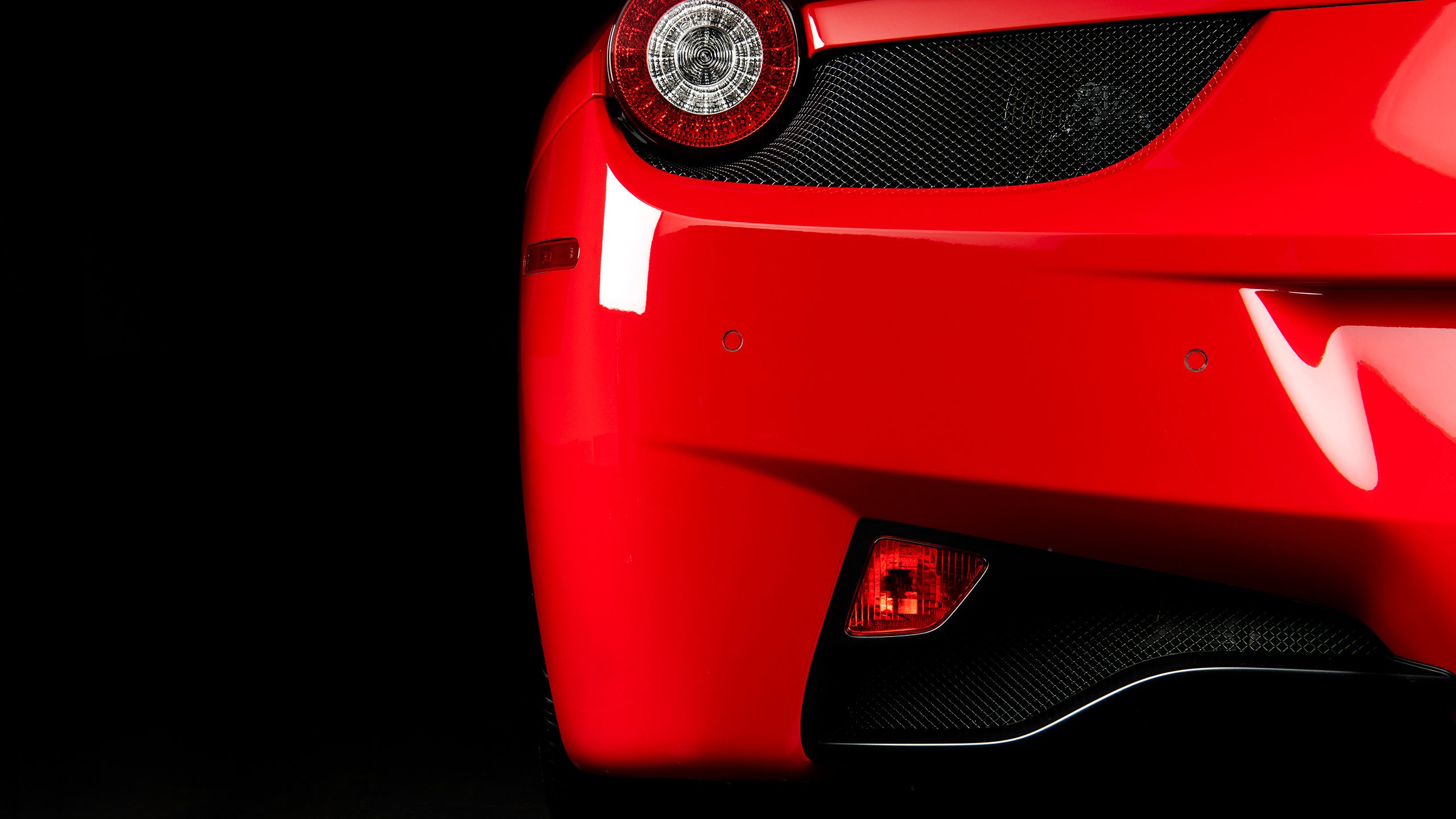 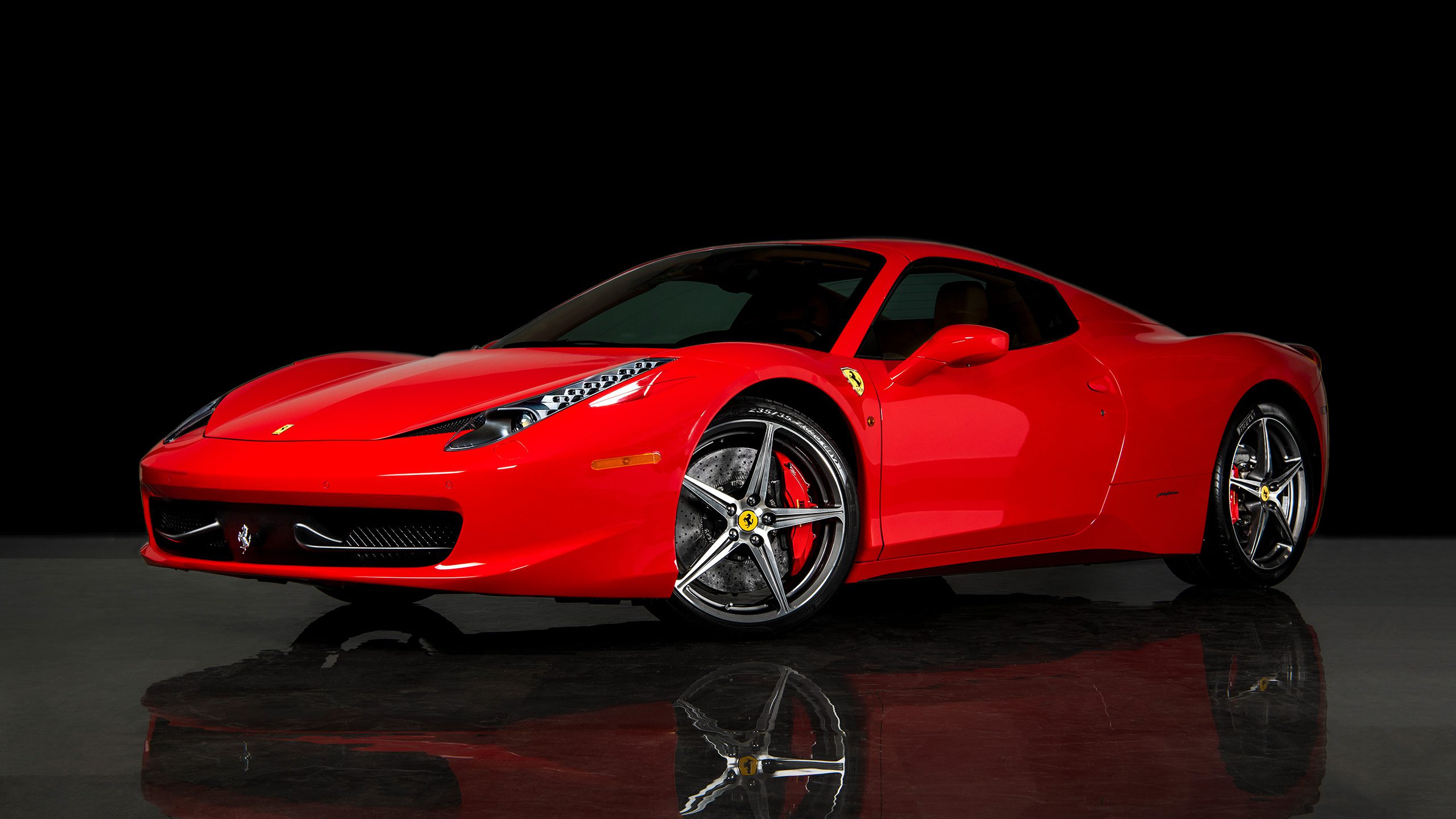 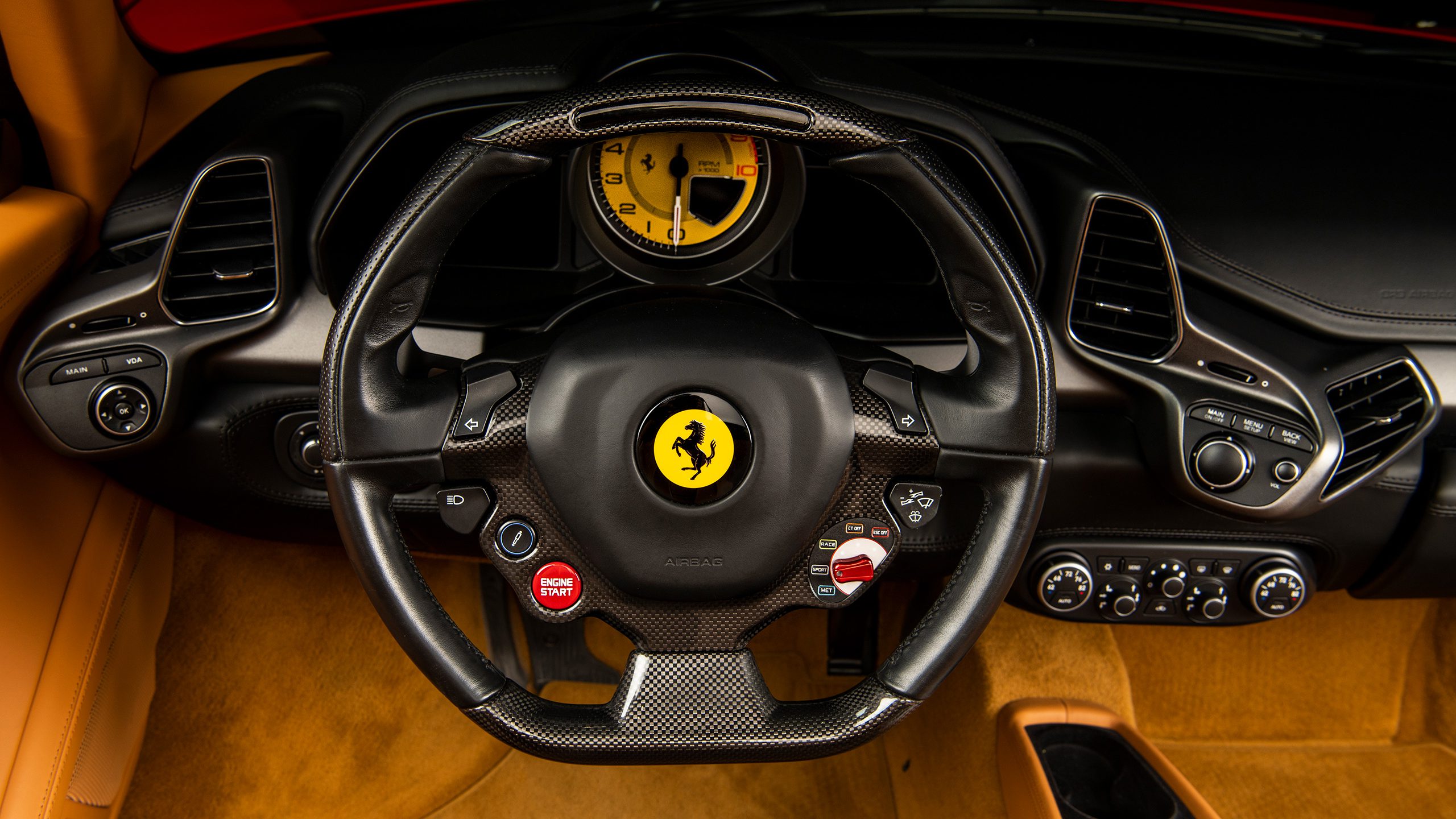 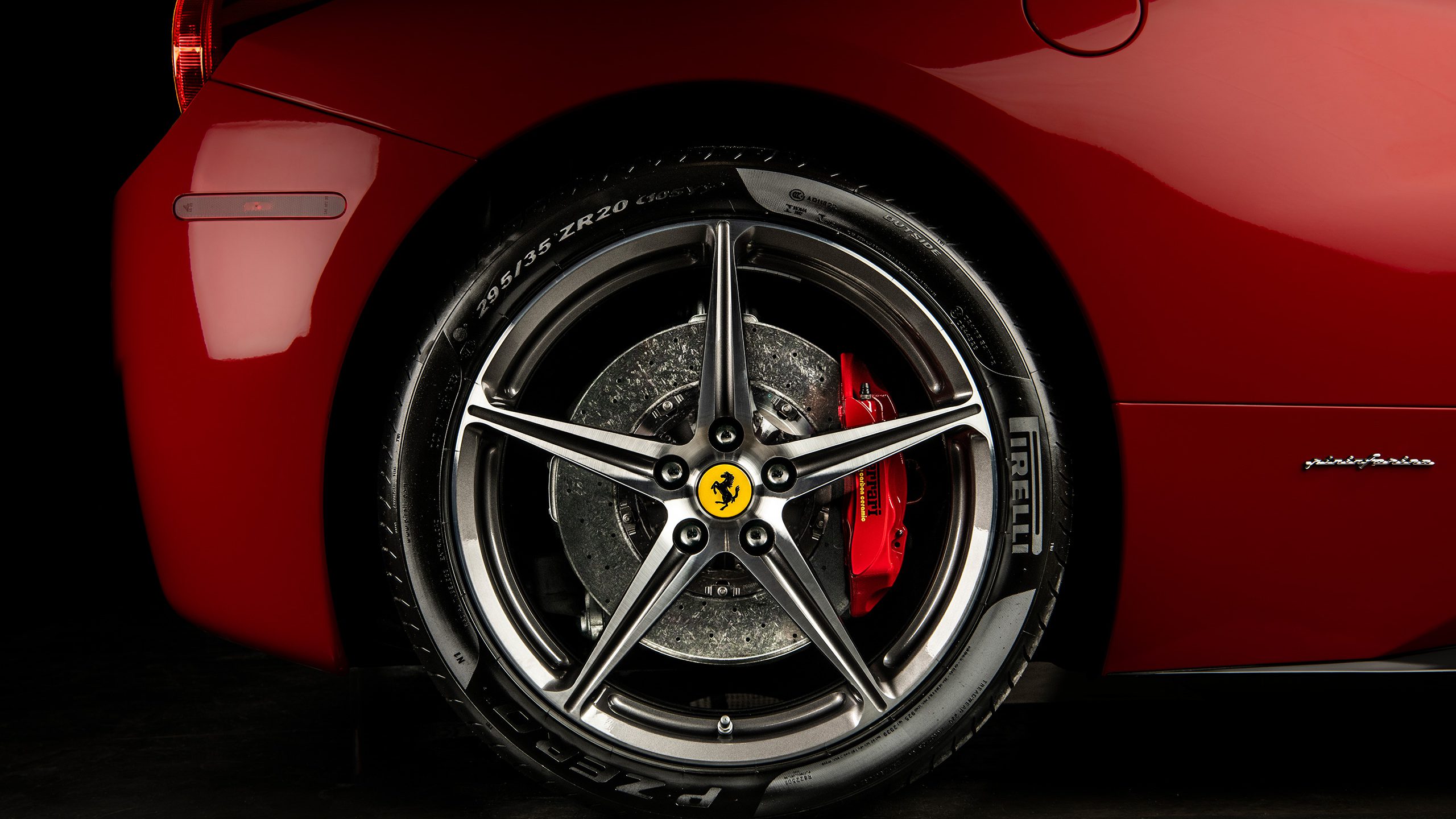 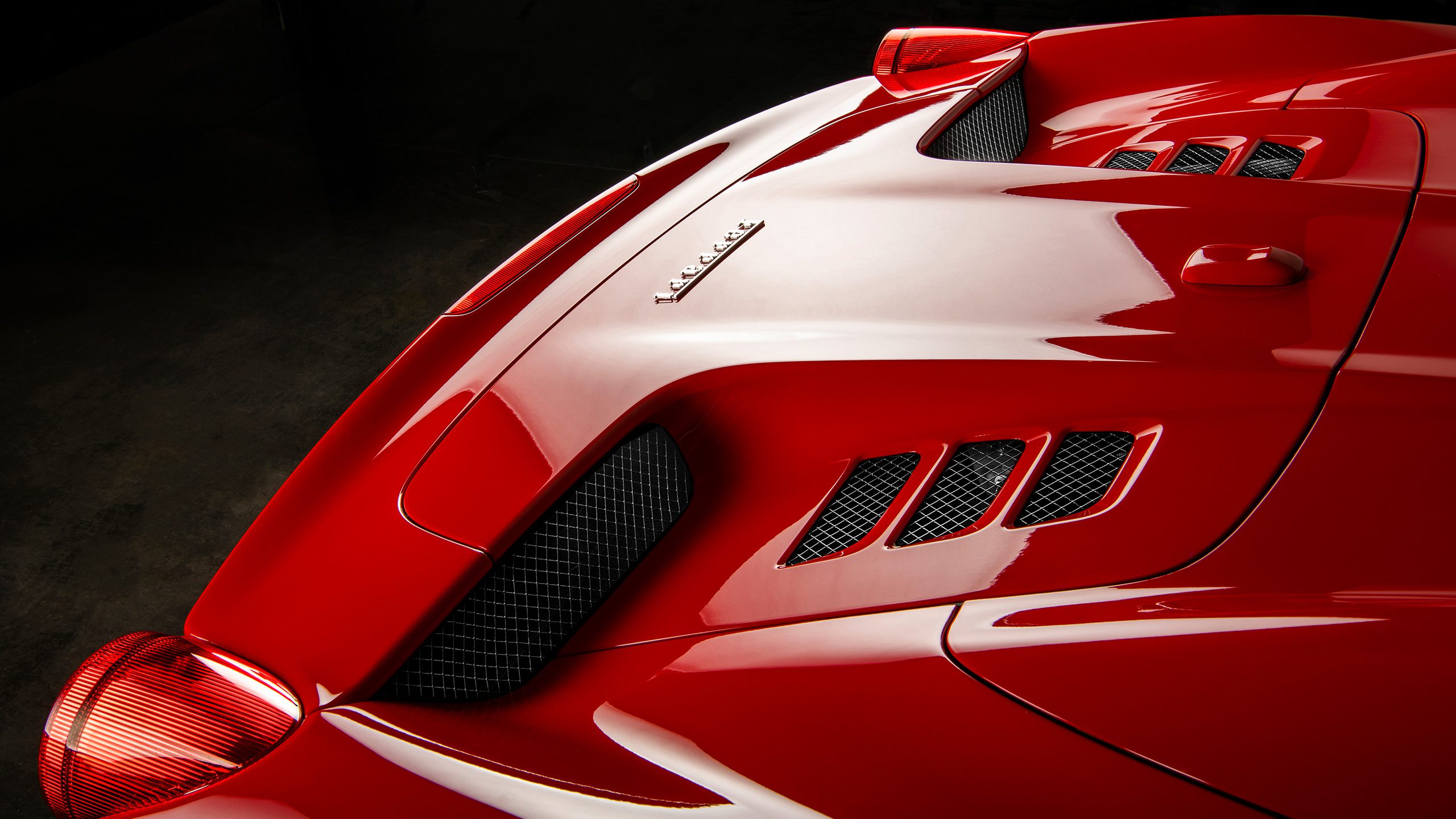 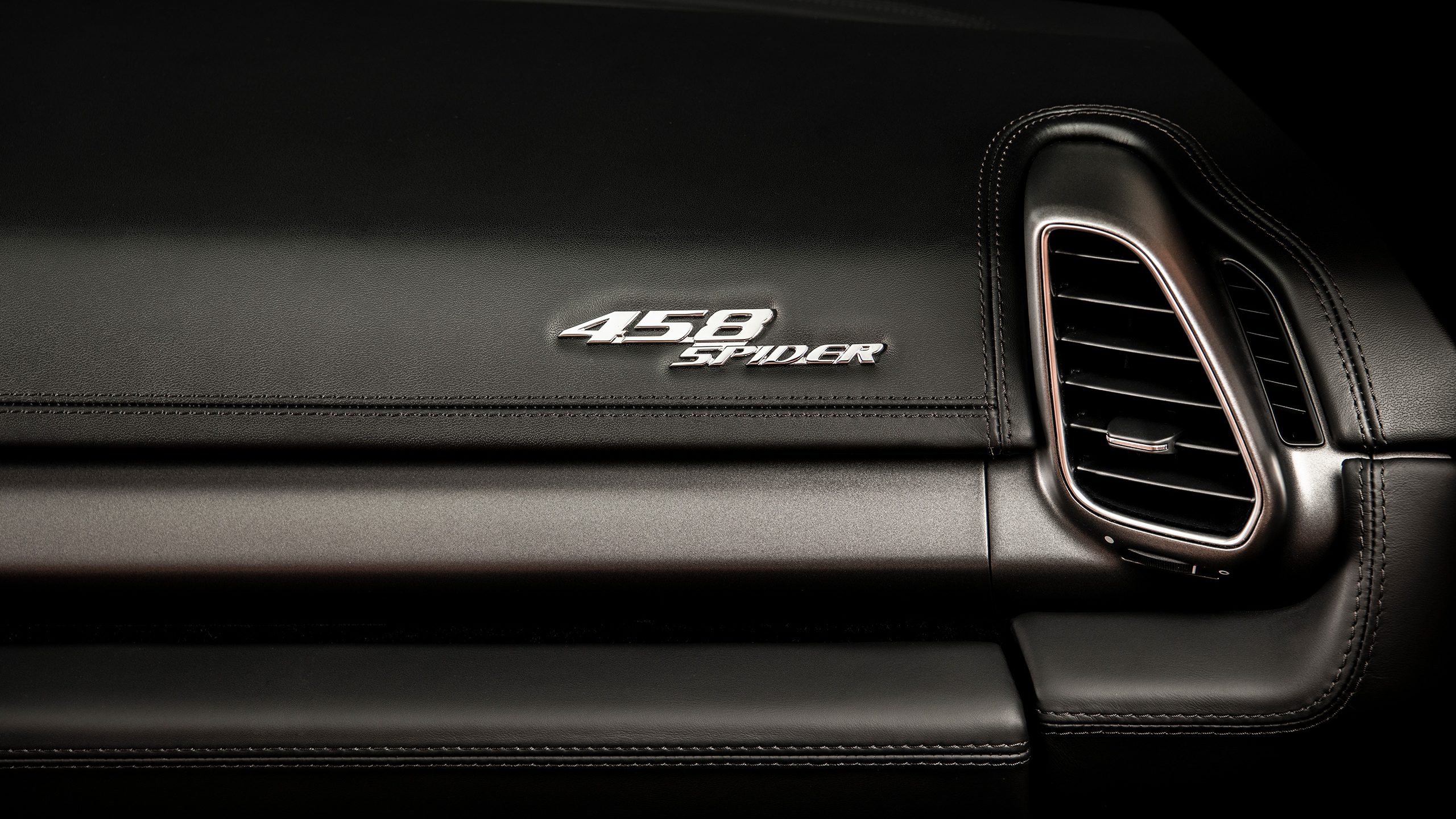 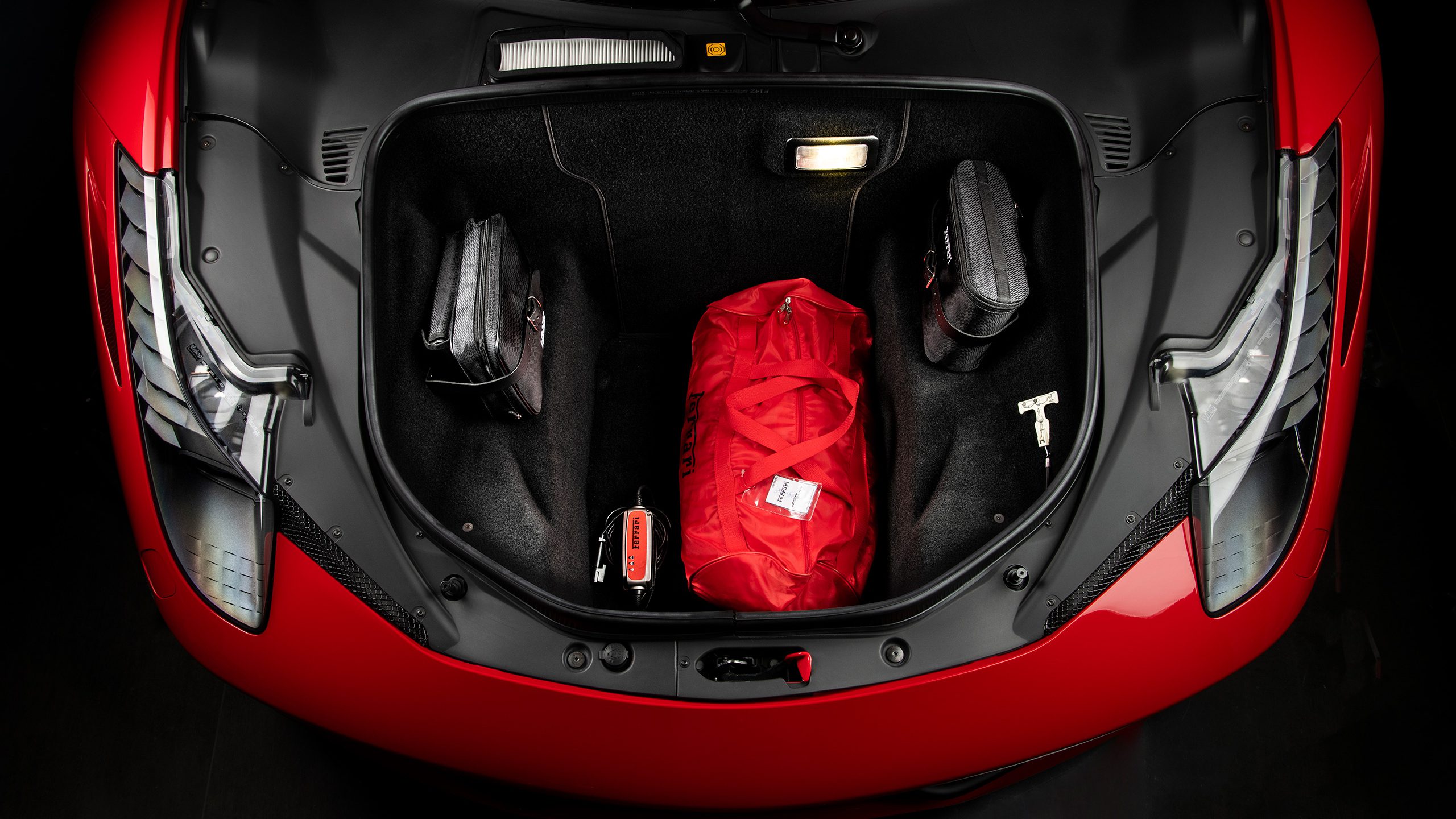 “Anyone inclined to liken the 458 to a massively convincing and almost impossibly good supercar driving simulation – in the sense that it gives you so much speed and sensation for so little apparent physical input – will appreciate the Spider’s more visceral connection with the outside world. Although not the most ‘open’ of open top cars – partly due to the cocooning effect of the buttresses – the rush towards the horizon somehow seems less digital and more heroic with the wind ripping through your hair and the chance to hear the 458’s uniquely penetrating scream taking on a whole new range of textures and colors as it bounces off the surrounding roadside furniture, countryside, tunnel wall or whatever”.

Ferrari’s task in building Spiders is not quite as intuitive as it sounds. The open-air 458 is certainly a predictable and modest evolution of the Italia, but the buyers of the two cars are very different. The average 458 Italia will see most of its action on the weekend, without a passenger, and on shorter trips. Spiders, on the other hand, are more likely to be daily drivers exposed to city streets, often with a passenger in the right seat. More notably, Ferrari asserts that Spider owners drive with a sporty – not aggressive – style.

Even with buyers using their cars in an entirely different manner, Ferrari won’t compromise any of the intensity in its mid-engine coupe to deliver a droptop version. Despite the fact that the Spider is 30 percent less rigid than the coupe, the spring rates are unchanged. And while the magnetorheological dampers are specifically tuned for the Spider, you won’t notice a difference in the ride quality between the two cars. The Spider is every bit as firm, controlled, and focused as the Italia. The steering is just as sharp, the throttle pedal just as responsive, and the suspension just as poised. Twist the manettino to Race mode, however – perhaps an unlikely move for the less aggressive convertible buyers — and the Spider can’t hide the fact that it’s missing a major structural component. With the dampers firmed up, the bumps aren’t just felt through the seat. They’re seen in a small wiggle of the windshield and heard in the muted rattle of the aluminum chassis. Nothing unusual, but this is the one clear difference between coupe and convertible.

The 458 Spider’s retractable roof is a two-piece hardtop inspired by the 575 Superamerica. Like that car, the roof rotates — rather than folds — into its stored position. Unlike that car, the 458 Spider uses an aluminum skin instead of glass. Ferrari claims that the 458’s hardtop assembly is actually some 55 pounds lighter than the 430 Spider’s fabric roof. It adds roughly 110 pounds to the Italia’s 3400-pound curb weight.

The additional weight hasn’t made the 458 any less graceful or beautiful. The Spider preserves the proportions and elegant surfaces that make the fixed-roof car so stunning. Buttresses behind the rear seats create a classic profile reminiscent of prior mid-engine convertibles, but they are taller so that the folding roof is flatter and easier to store. With the roof raised, the Spider could pass for a fixed-roof coupe, showing some resemblance to the Lotus Evora in the greenhouse. Unfortunately, the air ducts that feed the engine just behind the coupe’s passenger compartment couldn’t be adapted to the Spider. Instead, the intakes have been moved to the top of the deck lid and pushed all the way to the rear of the car, resulting in much shorter plumbing. Because the roof is stashed directly above the mid-mounted engine, Ferrari also had to abandon the glass panel that shows off the 9000-rpm gem in the coupe.

The roof disappears in a swift 14-second routine and the rear window lowers into a wind-stop position about an inch above the decklid to limit the buffeting in the cabin. That window can be raised another inch or lowered completely and functions as a third window when the roof is closed. The Spider’s interior is the same hyper-modern, overwhelmingly driver-centric cockpit found in the Italia. The steering wheel is dotted with control buttons and the radio and navigation system rely on too few buttons with too many shared functions to be intuitive. Headroom is unchanged, so the Spider retains a spacious feel with the top up.

Specs for the Spider are identical to those of the Italia: A 4.5-liter V-8 generates 570 hp and 398 lb-ft of torque, which travels through a seven-speed dual-clutch gearbox to meet the pavement via the rear wheels. Performance claims remain impressive — the sprint to 62 mph can be done in less than 3.3 seconds and the top speed reaches 199 mph – but those numbers do little to communicate how enchanting the 458 really is. It remains a rare normally aspirated screamer that swells to a riotous rpm to make peak power. Its soul mate is the dual-clutch gearbox, delivering instantaneous action and absolute confidence in response to pulls of the column-mounted paddles. Along with the new intake, there’s a reworked exhaust, though it does little to change the Italia’s symphonic arrangement of burbles, shrieks, and growls. No complaints here. A roofless 458 set to race mode and run through the gears in a tunnel makes for the ultimate amphitheater to enjoy one of the best automotive performances in existence.

Speedart Motorsports is delighted to present one of the last 458 Spiders produced, finished in the most iconic Ferrari color combination of Rosso Corsa exterior enamel over Beige Tradizione hides.

The assembly of chassis 10038 was completed at the Maranello factory in March of 2015 and it was delivered in the same month to its designated authorized dealer in Philadelphia. The Spider moved to Florida on April of the following year and which has resided ever since.

The motorcar was acquired by its second and last owner, a long time Ferrari owner and marque enthusiast on June 2018, carefully enjoyed and pampered through out its life. Furthermore, the 458 Spider  has been fastidiously maintained, always adhering to the manufacturer’s service intervals with the last service performed on February 11, 2021 at the Ferrari of Coral Gables Authorized Center with just 40 miles clocked at the time of this offering. The automobile is in showroom condition with a non-derogatory CarFax report that further attests to the immaculate provenance of the Spider and supplied upon request.

Speedart Motorsports welcomes all serious inquiries as we would like to extend an invitation to all interested parties in order to witness up-close and personal this legendary Modenese sporting machine.  The sale of this motorcar is accompanied by owners manuals, service books, tools, spare keys, battery charger and a branded indoor car cover.