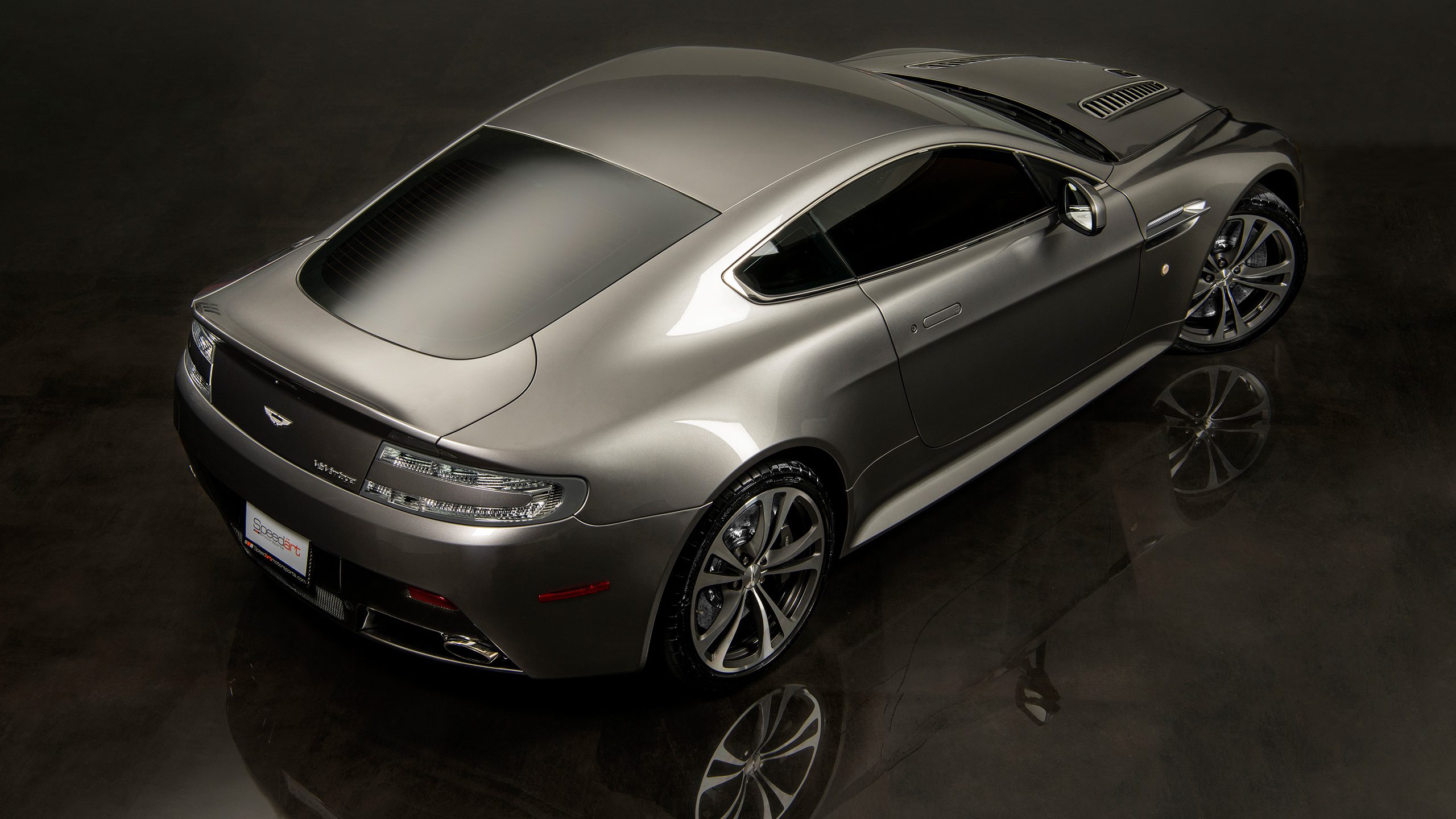 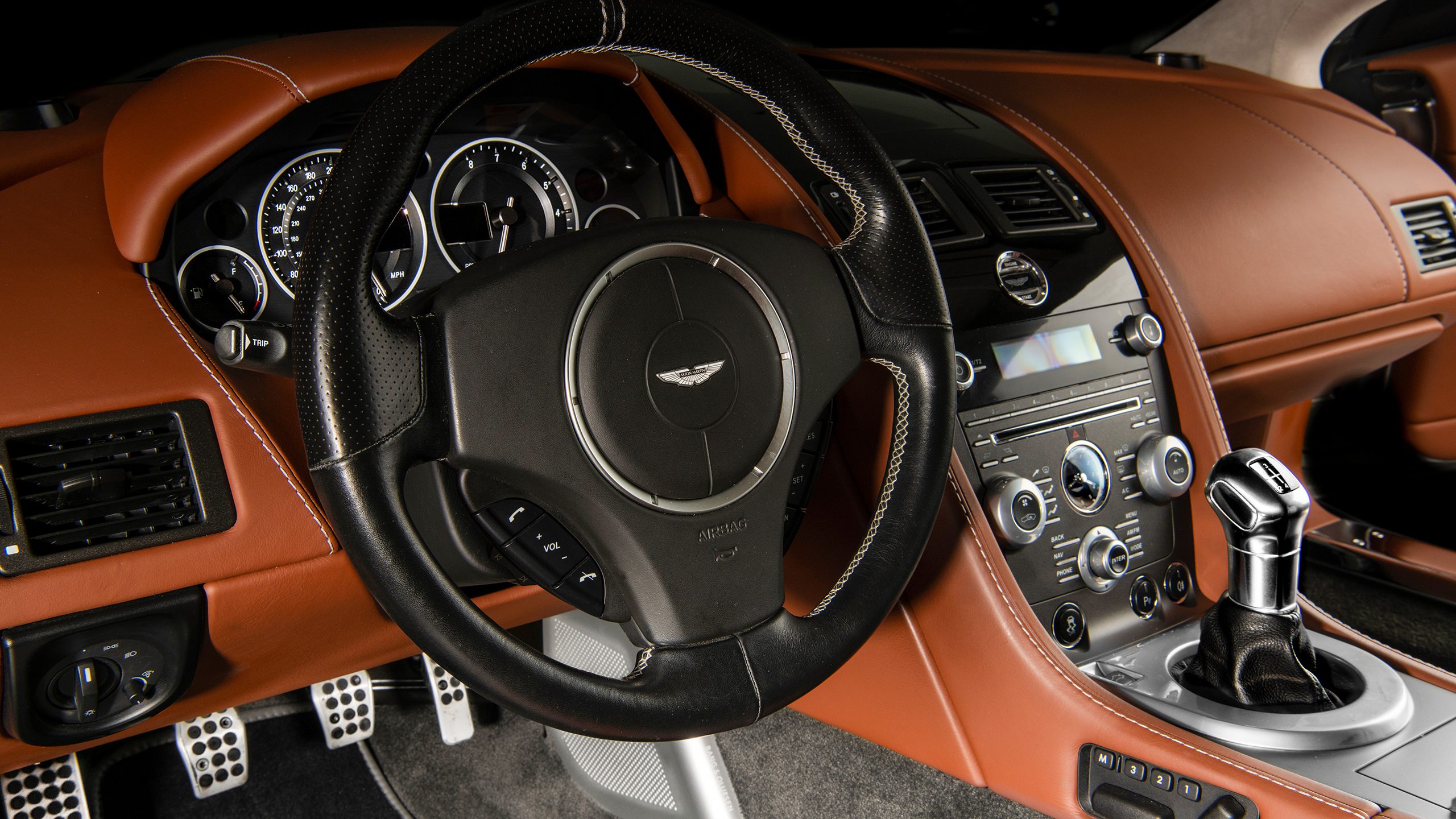 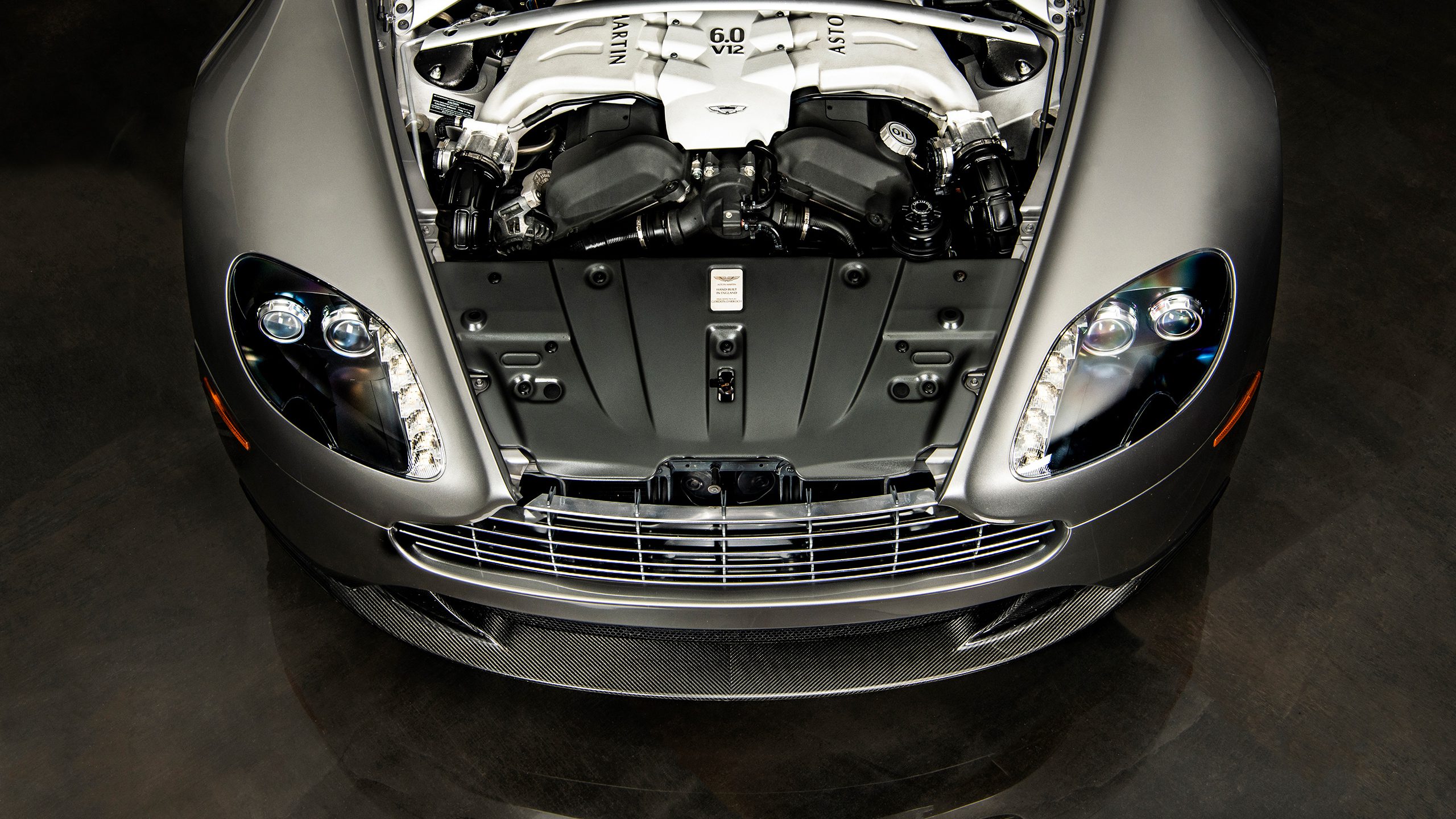 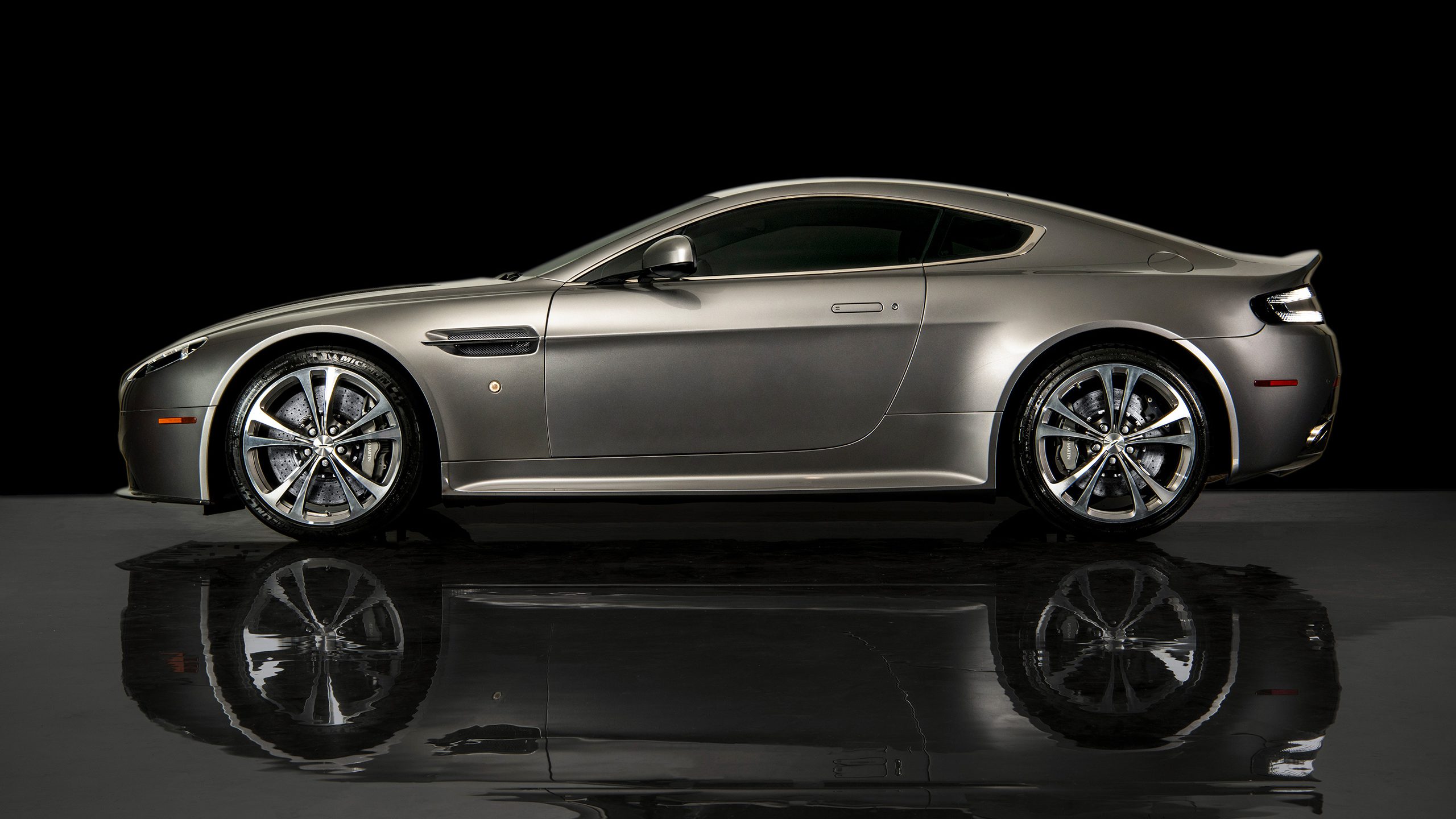 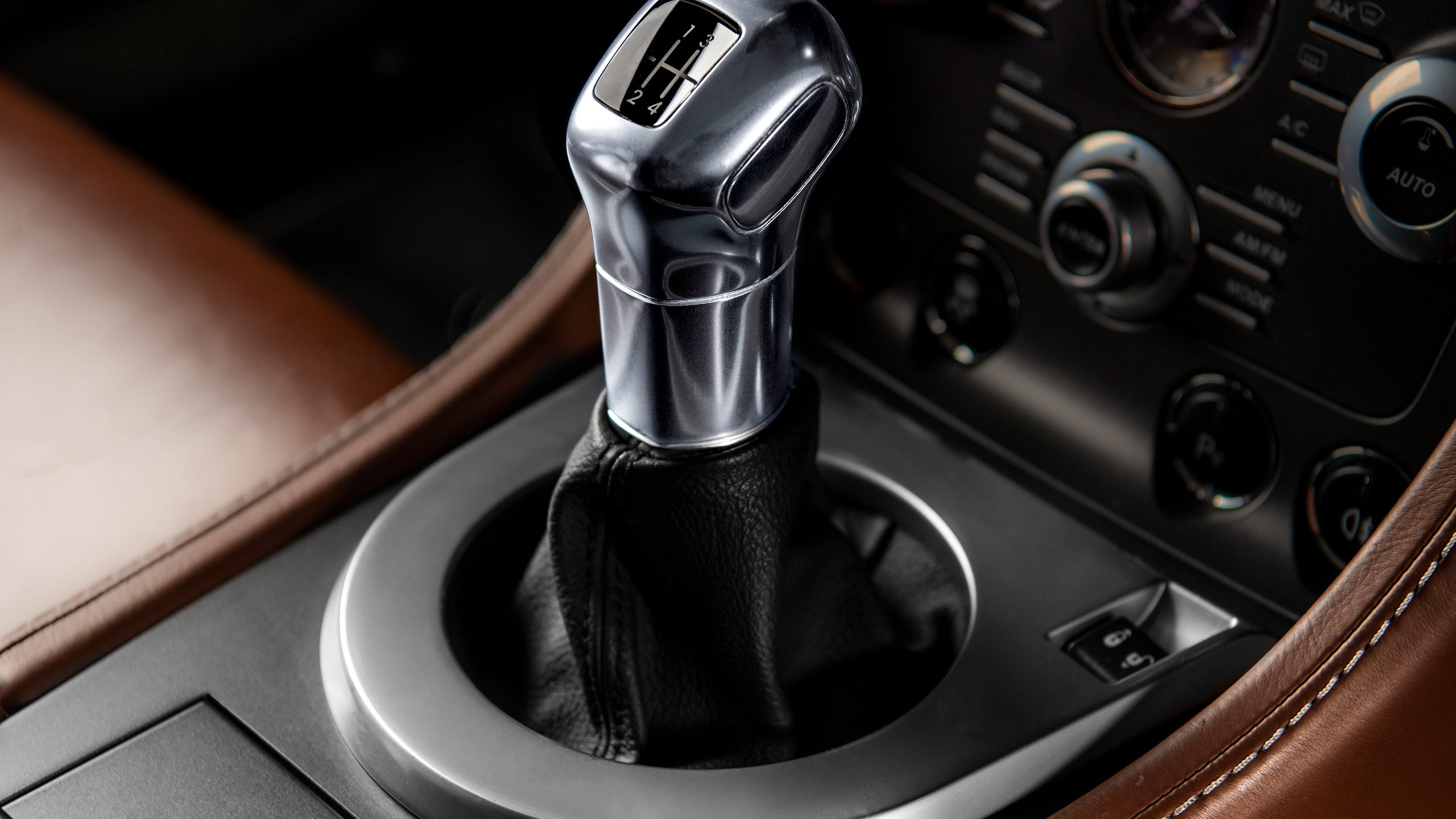 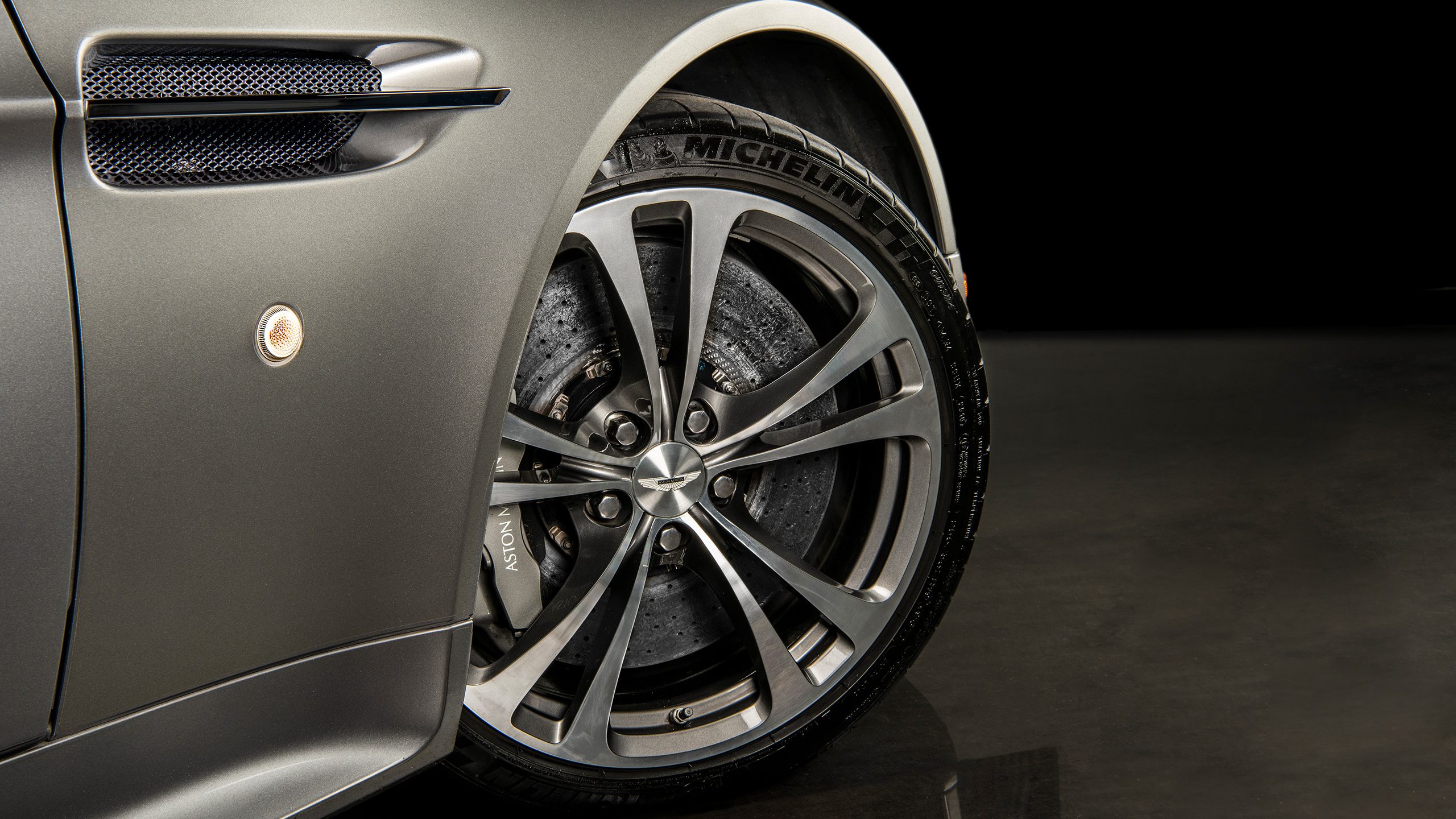 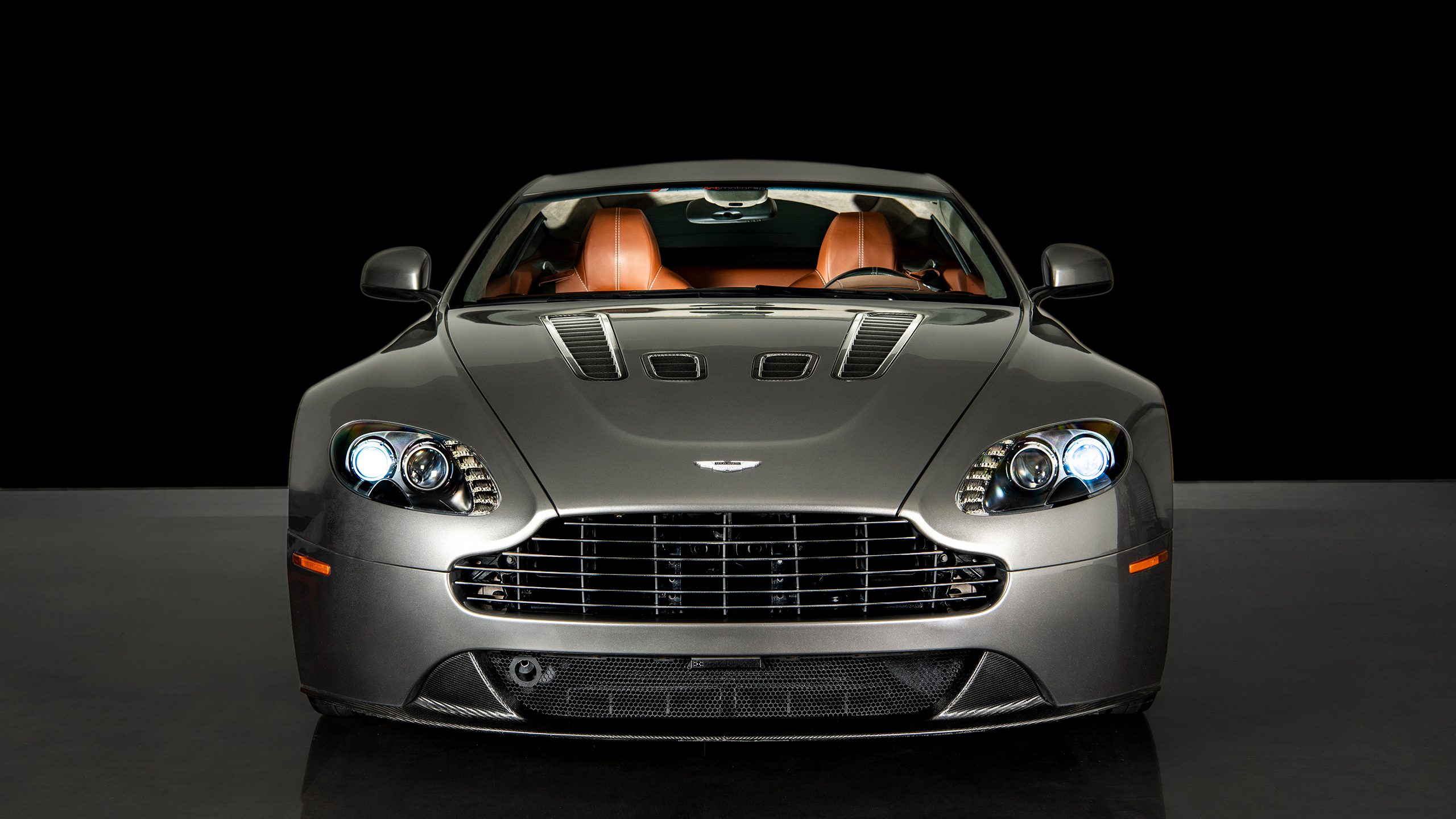 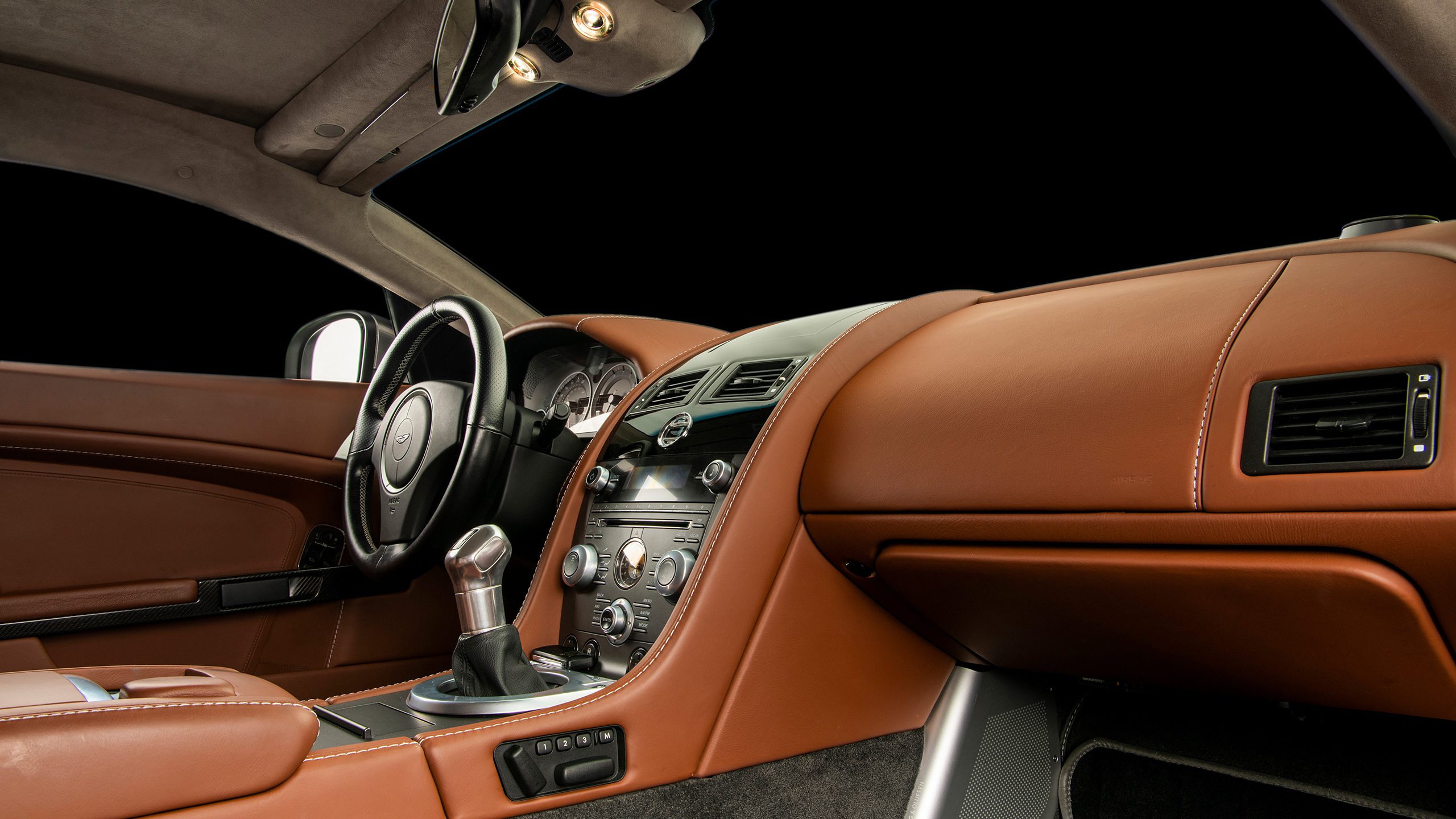 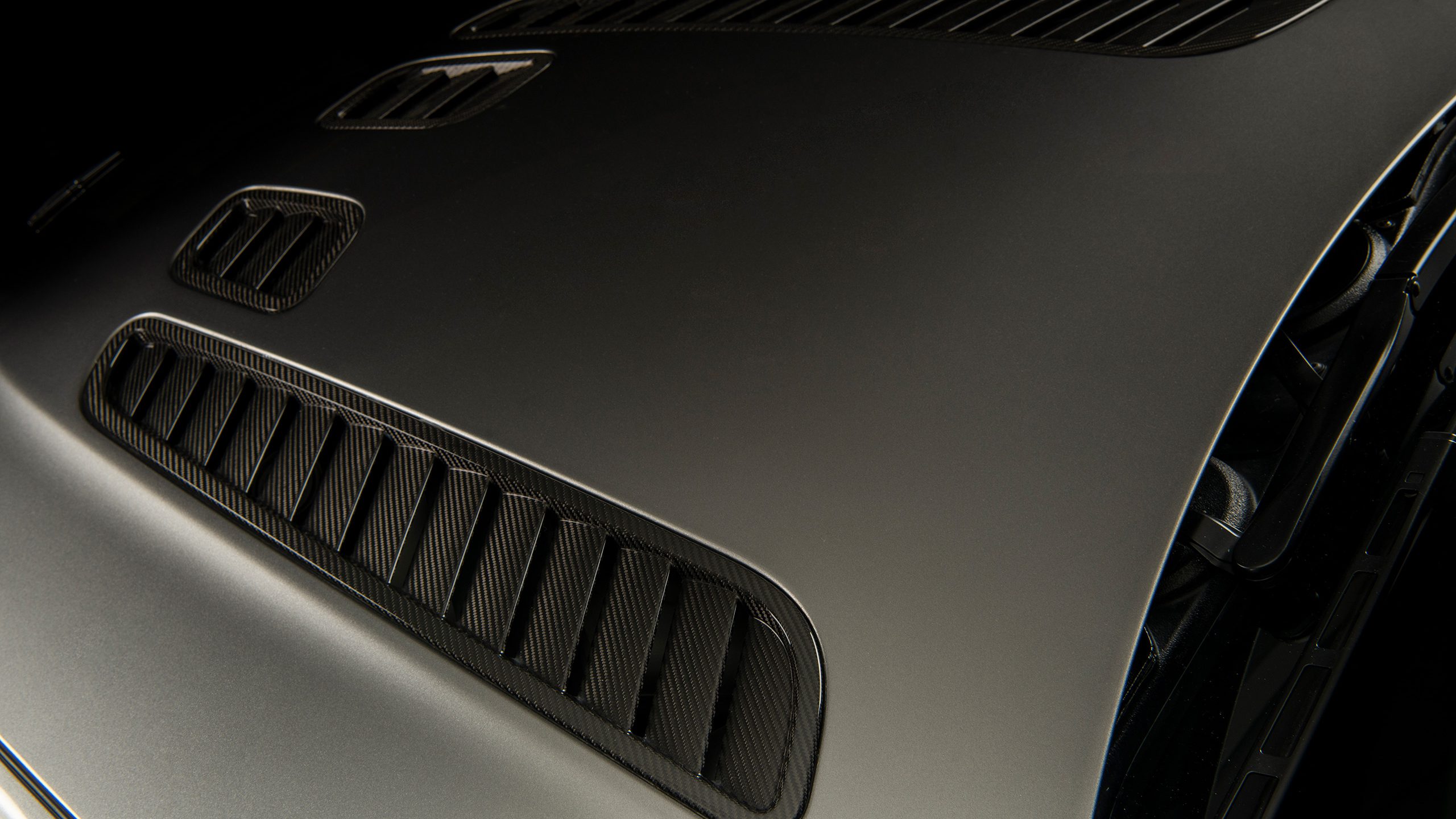 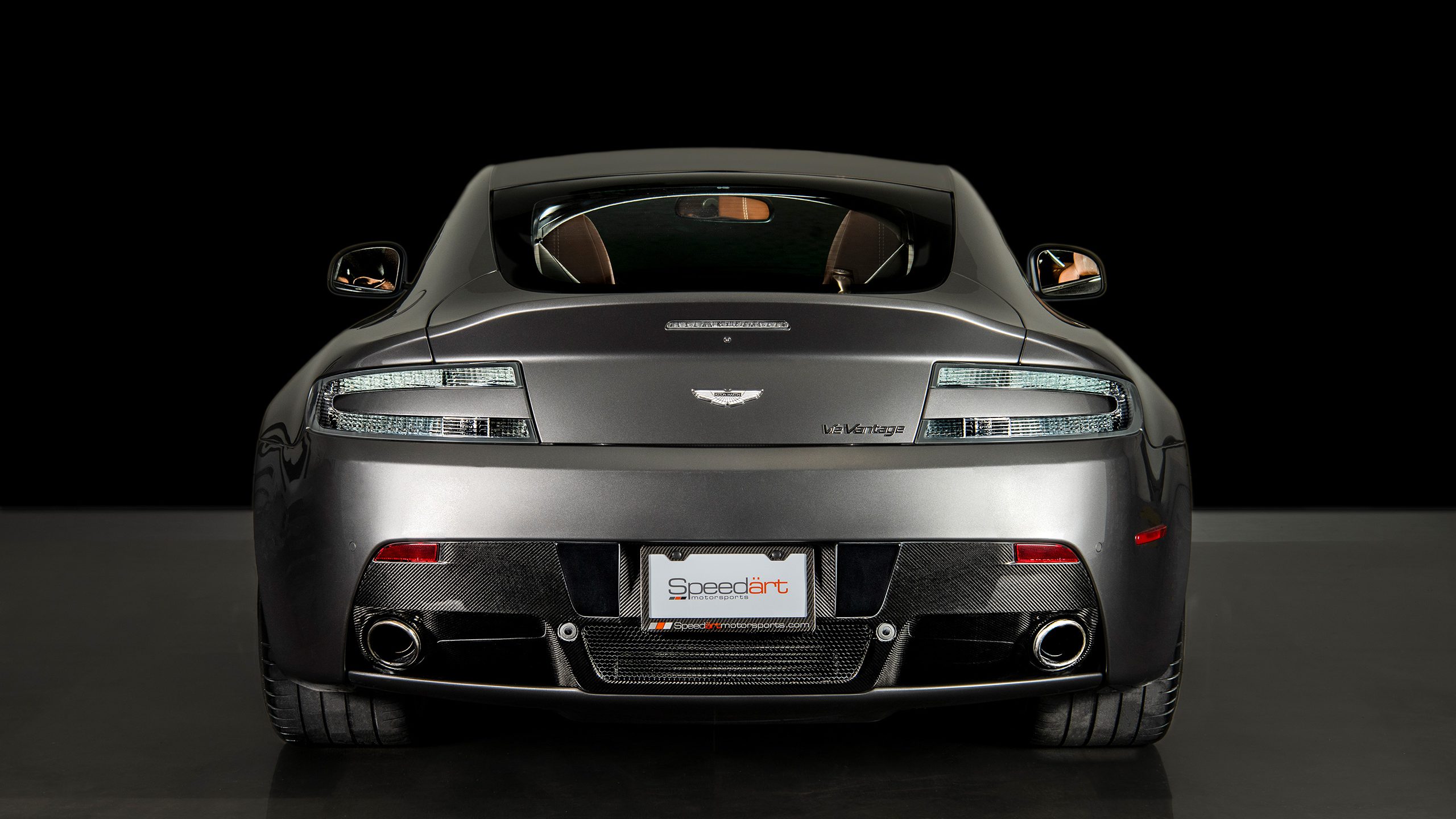 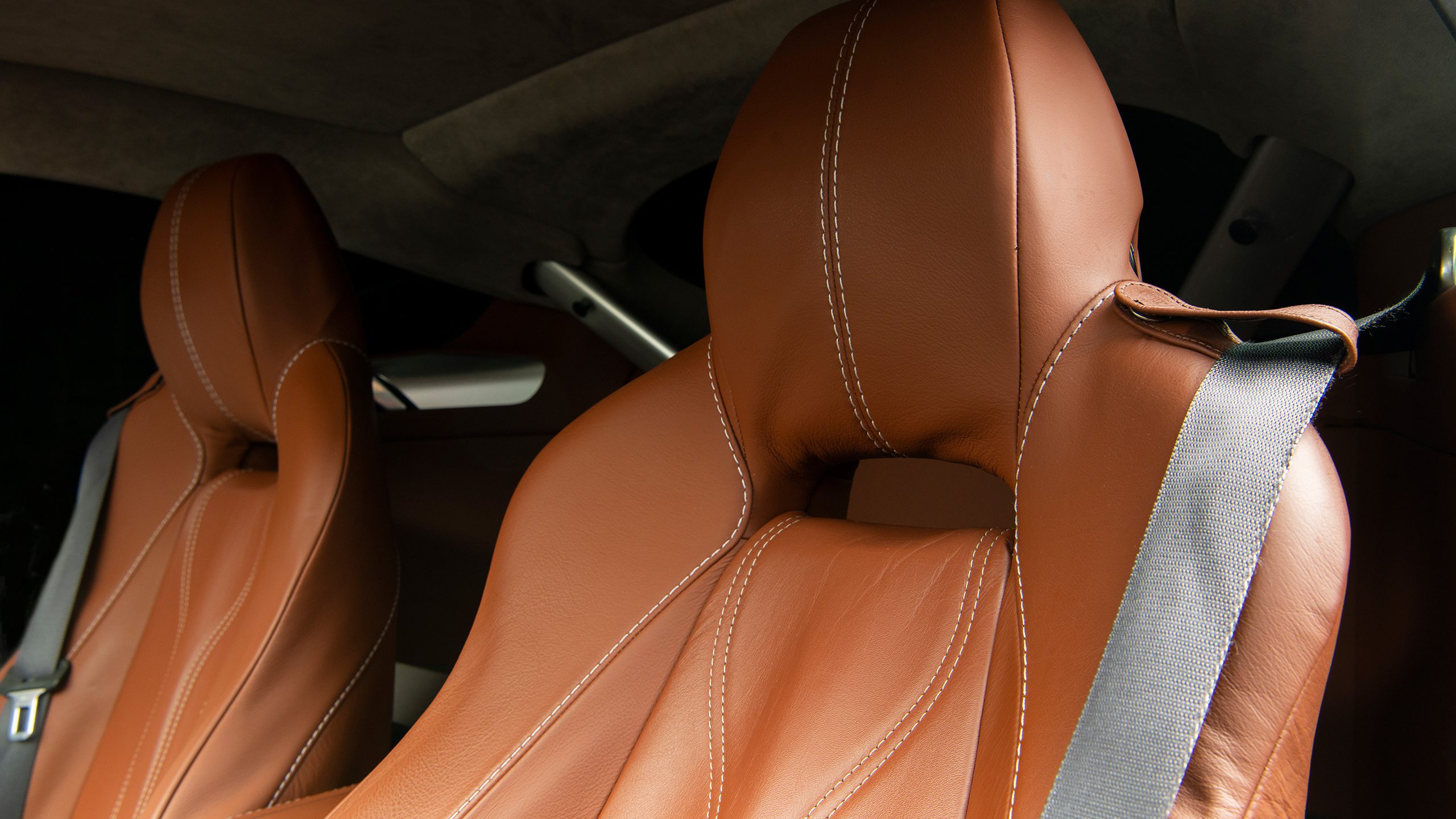 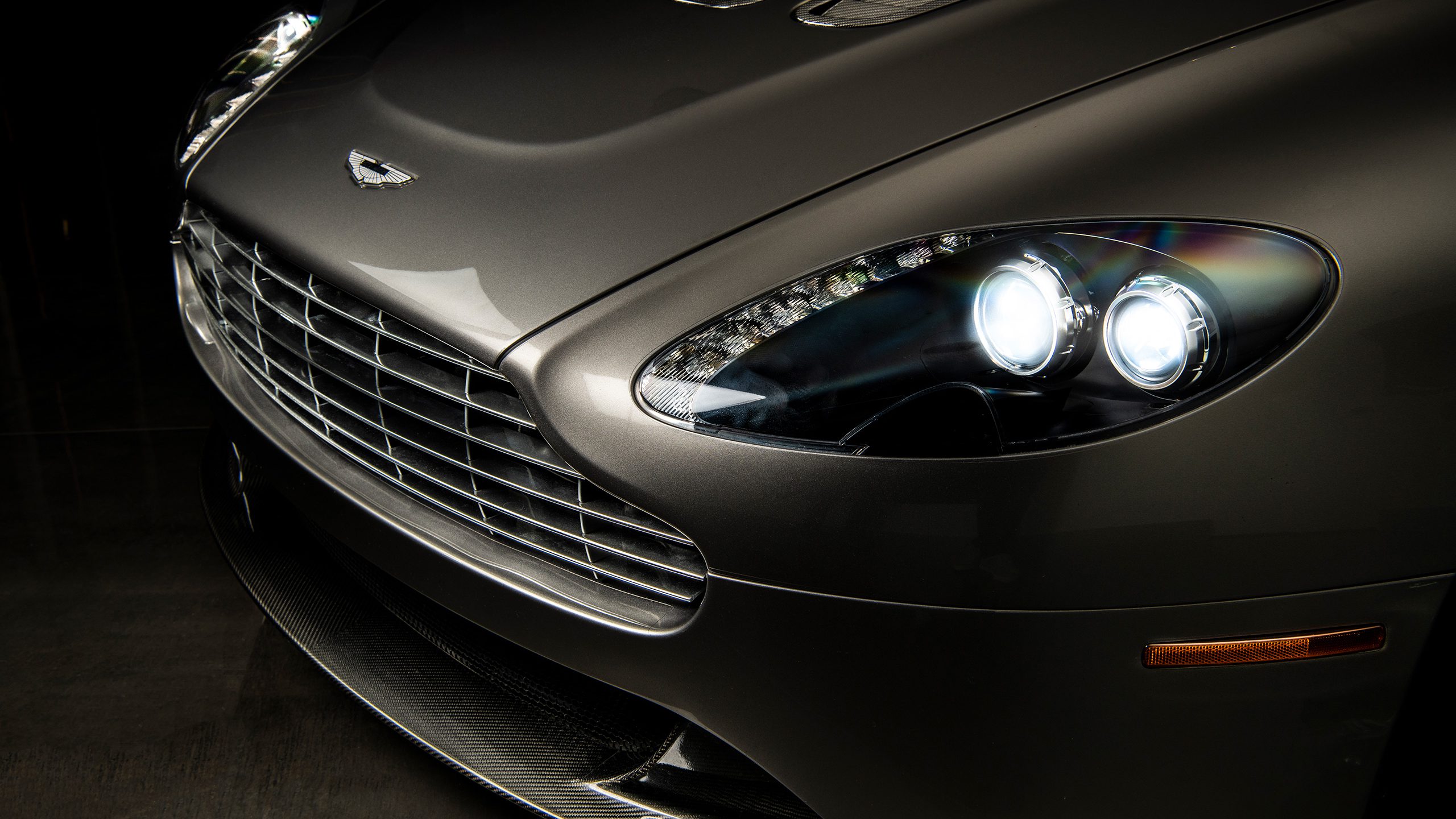 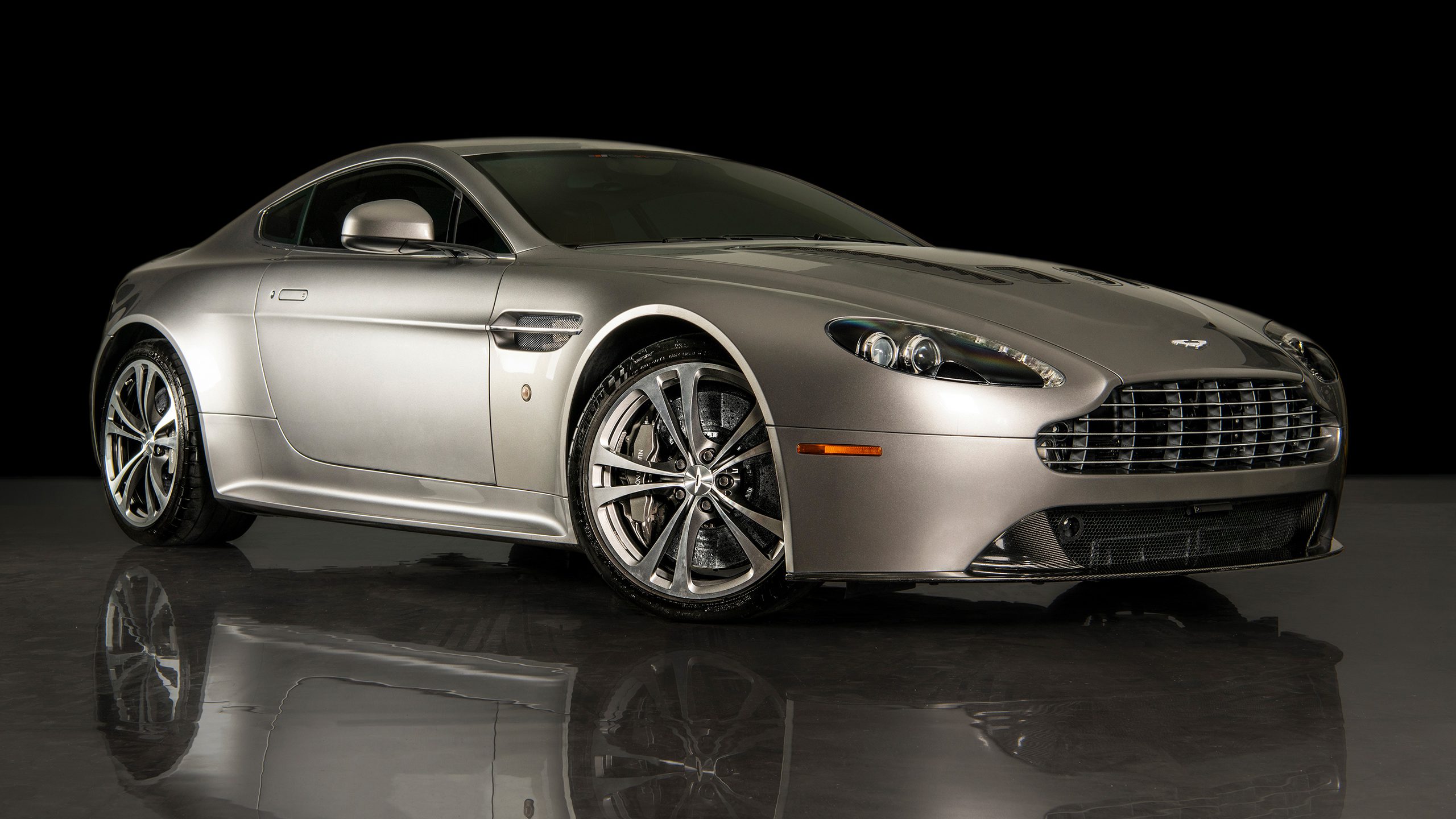 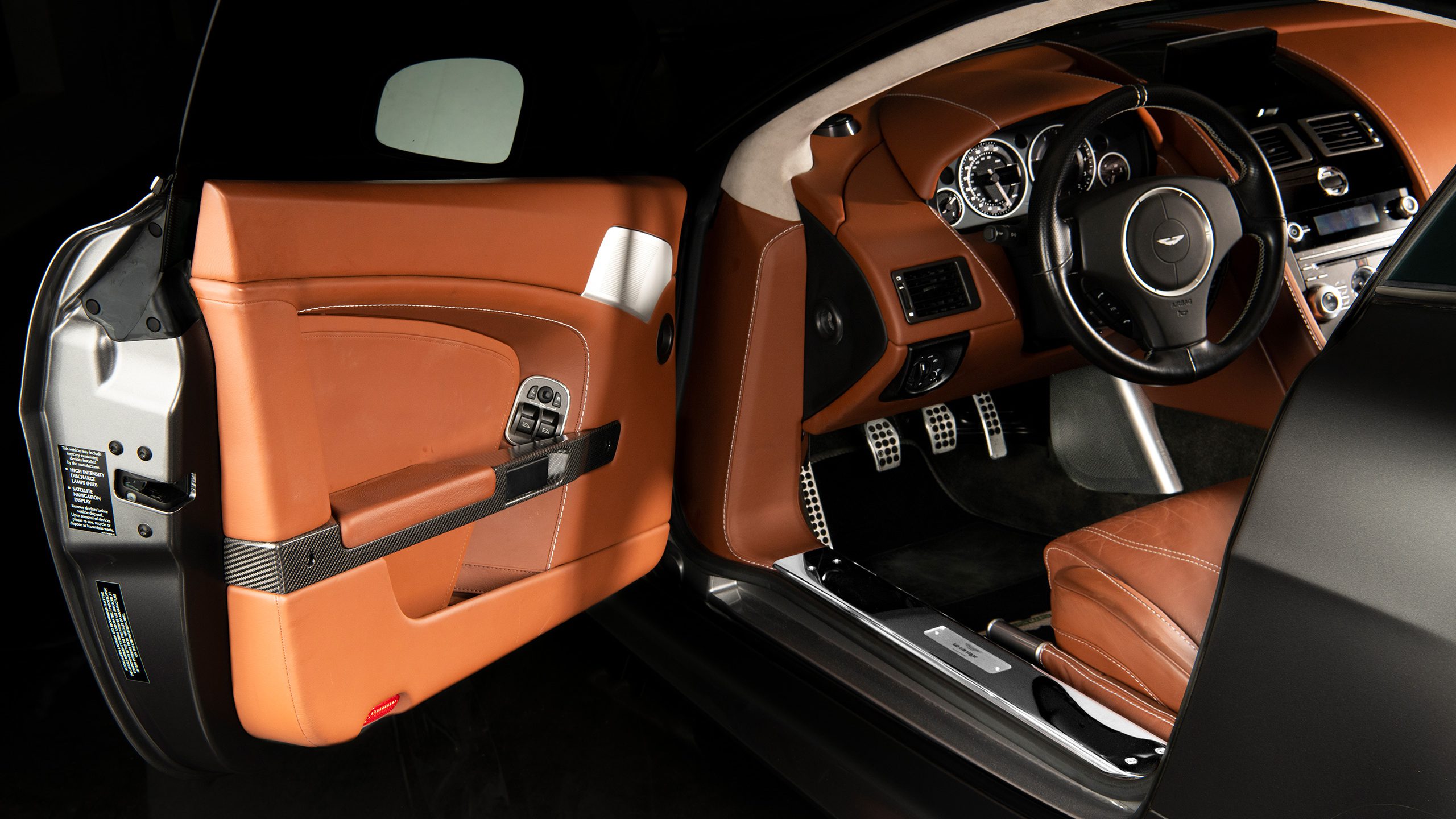 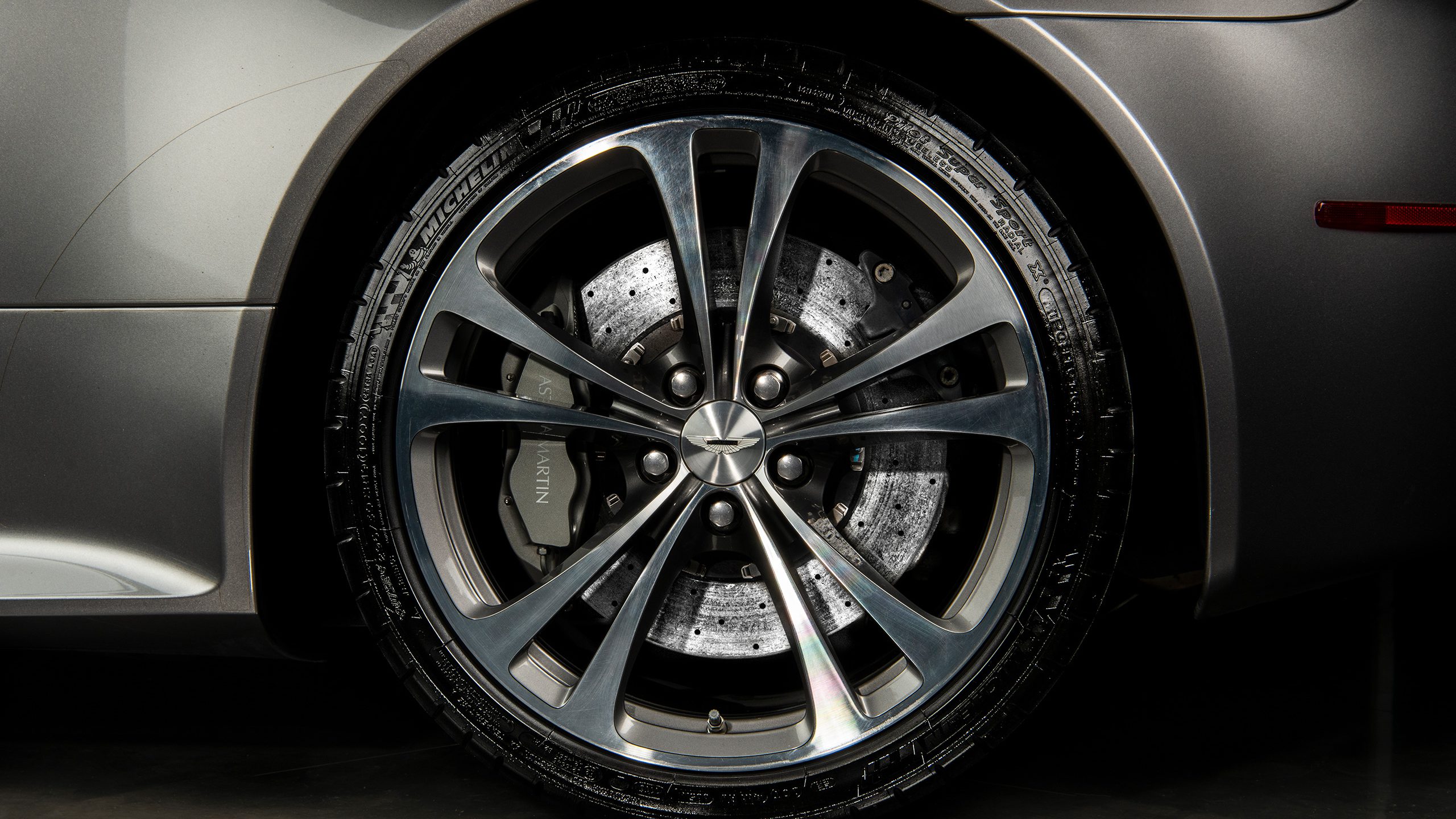 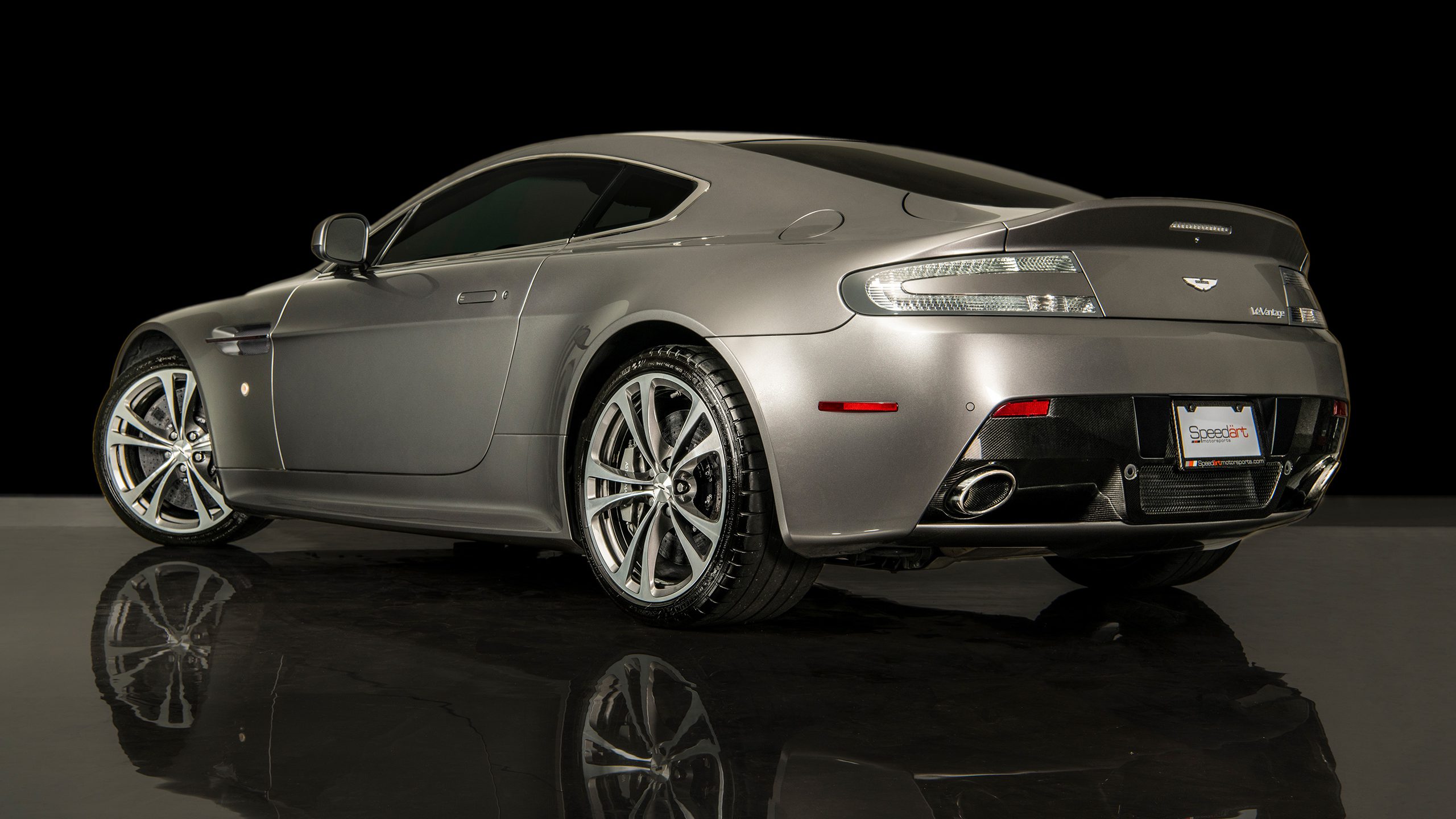 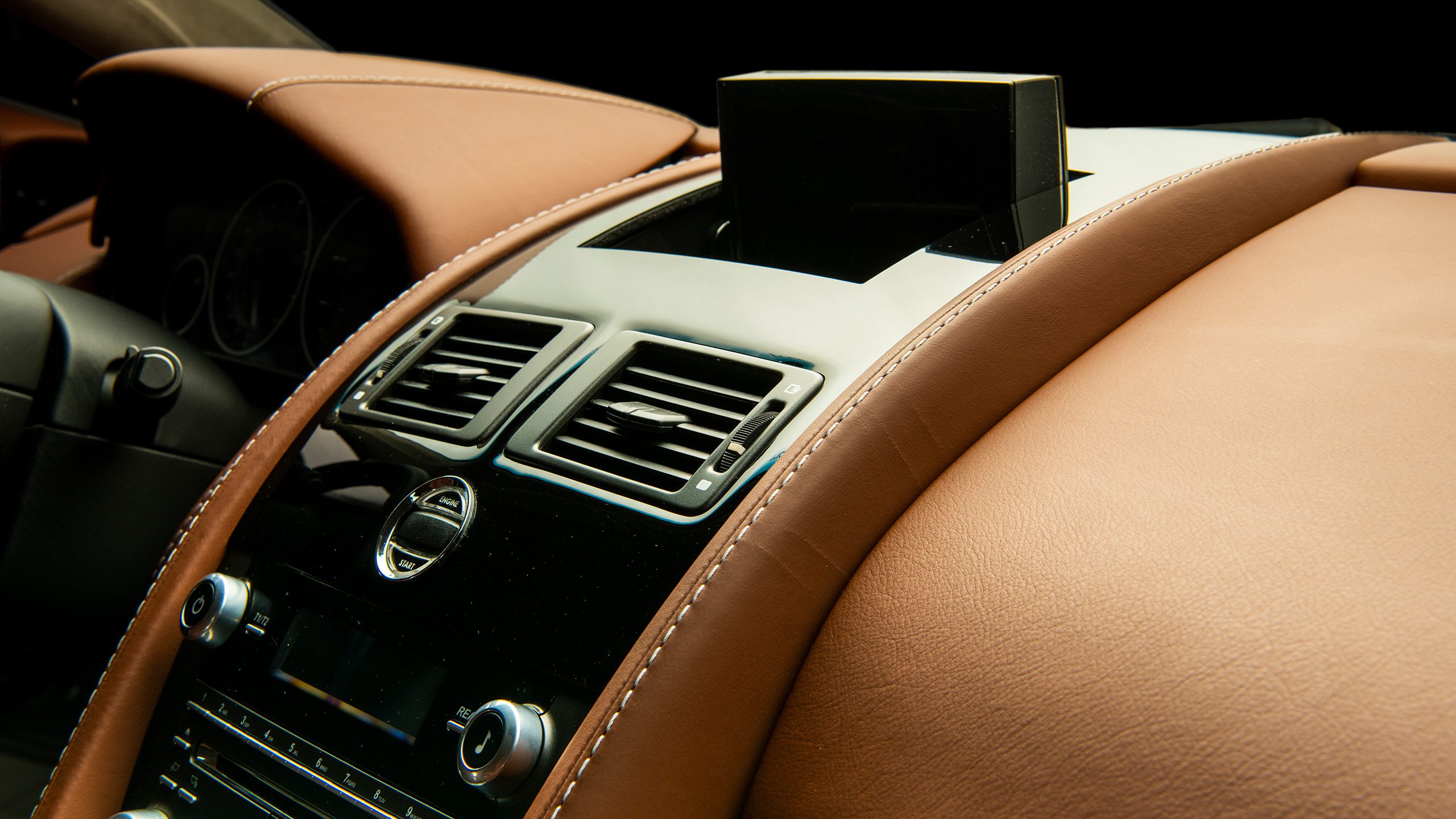 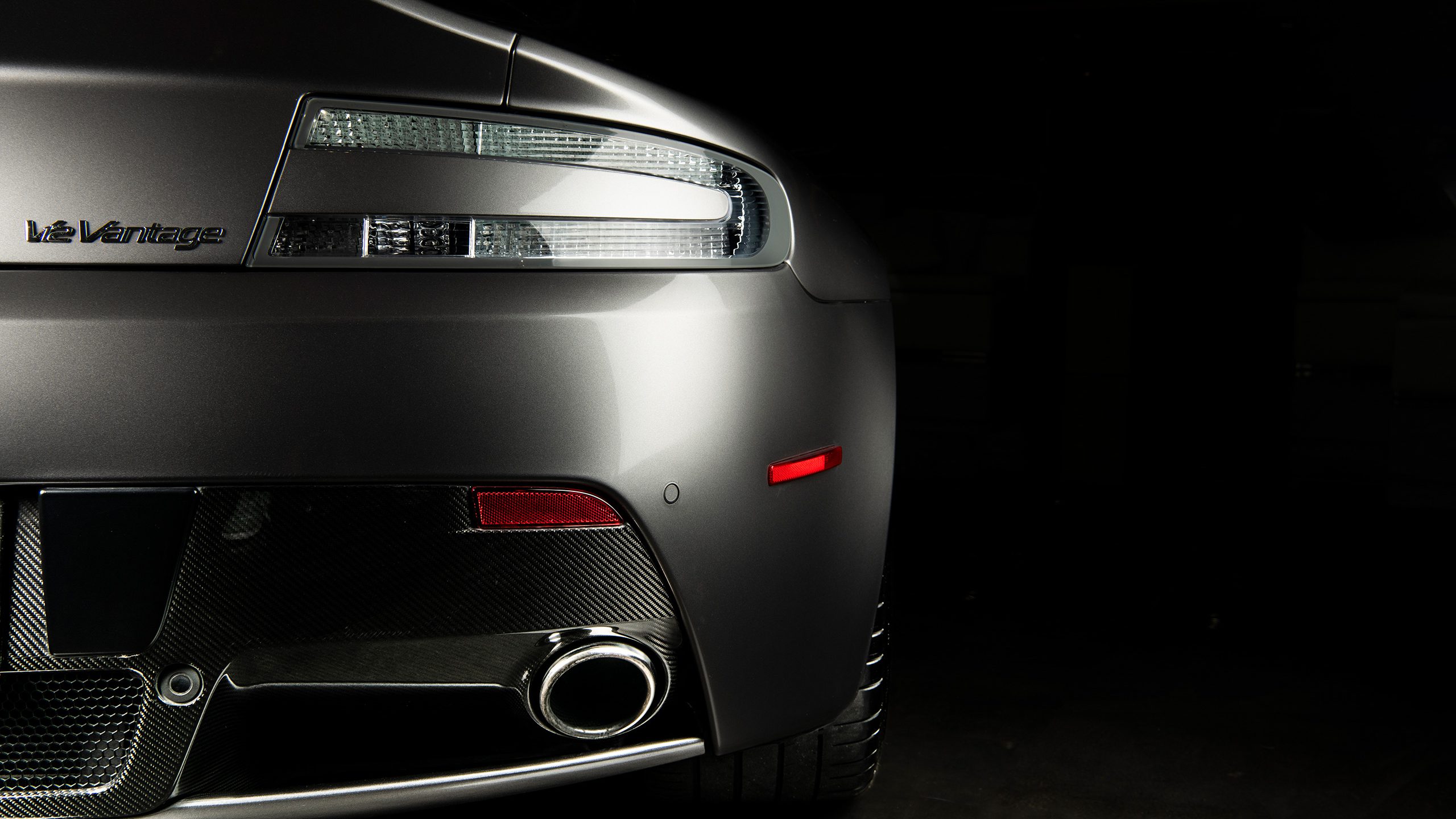 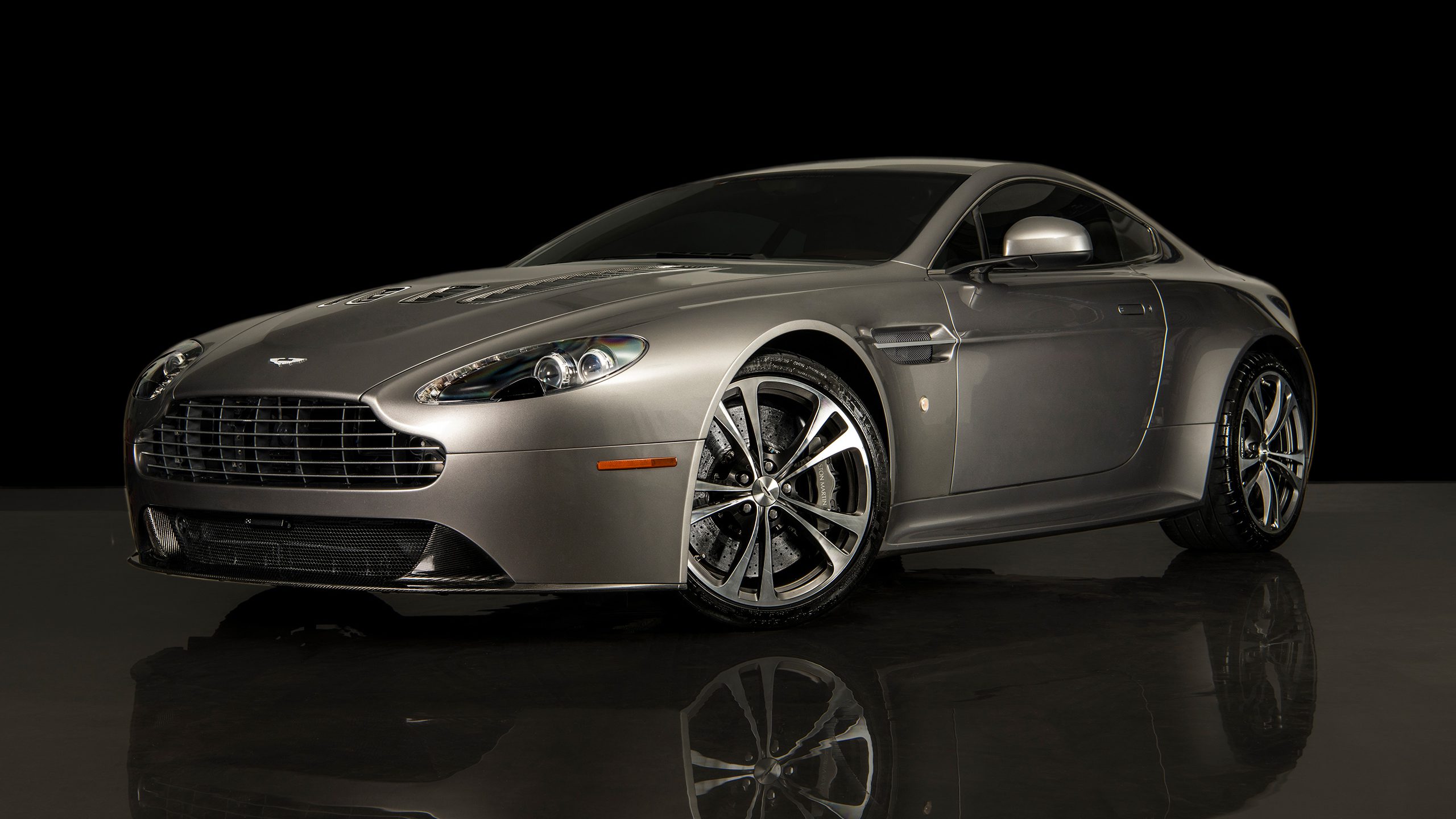 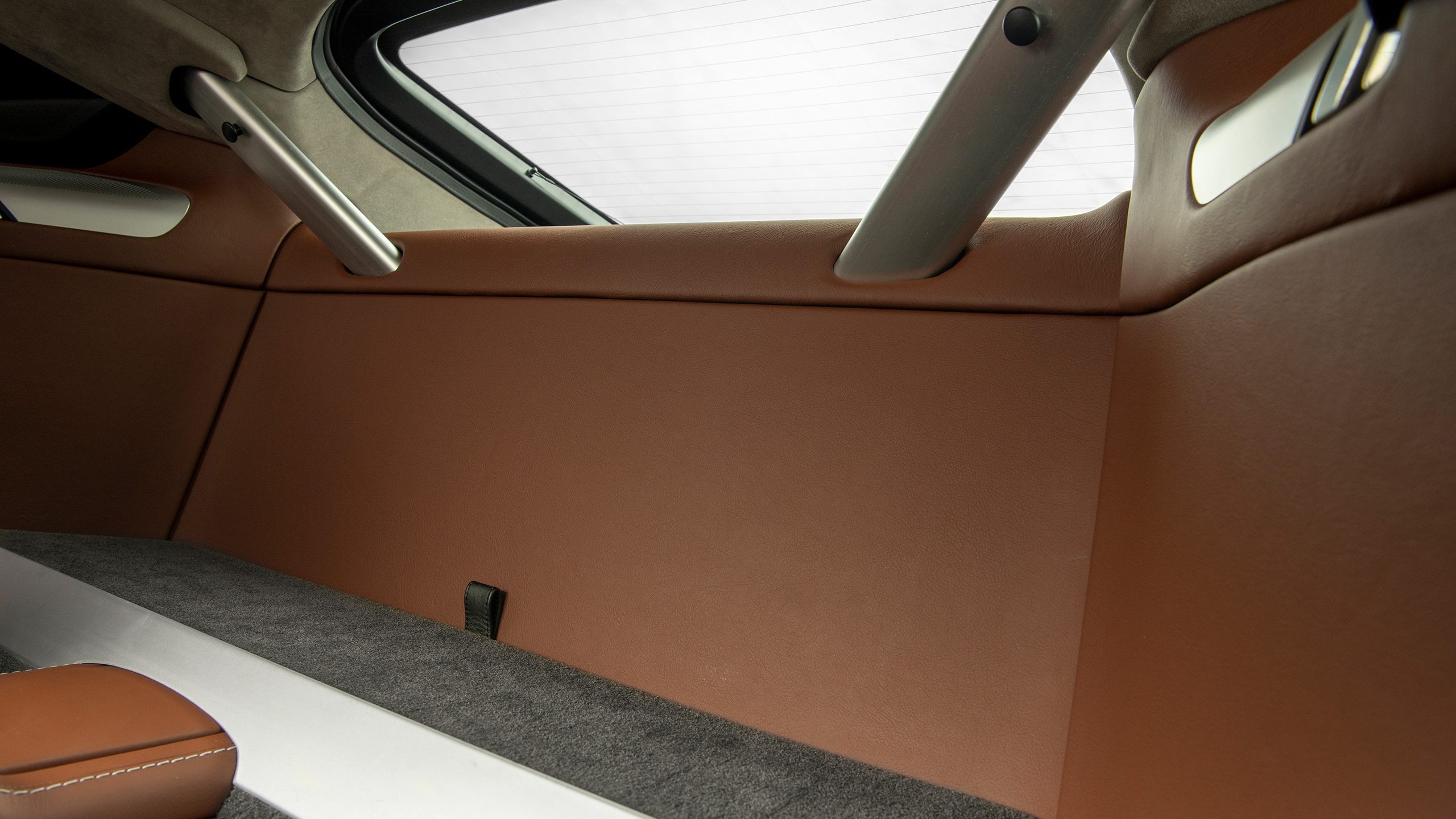 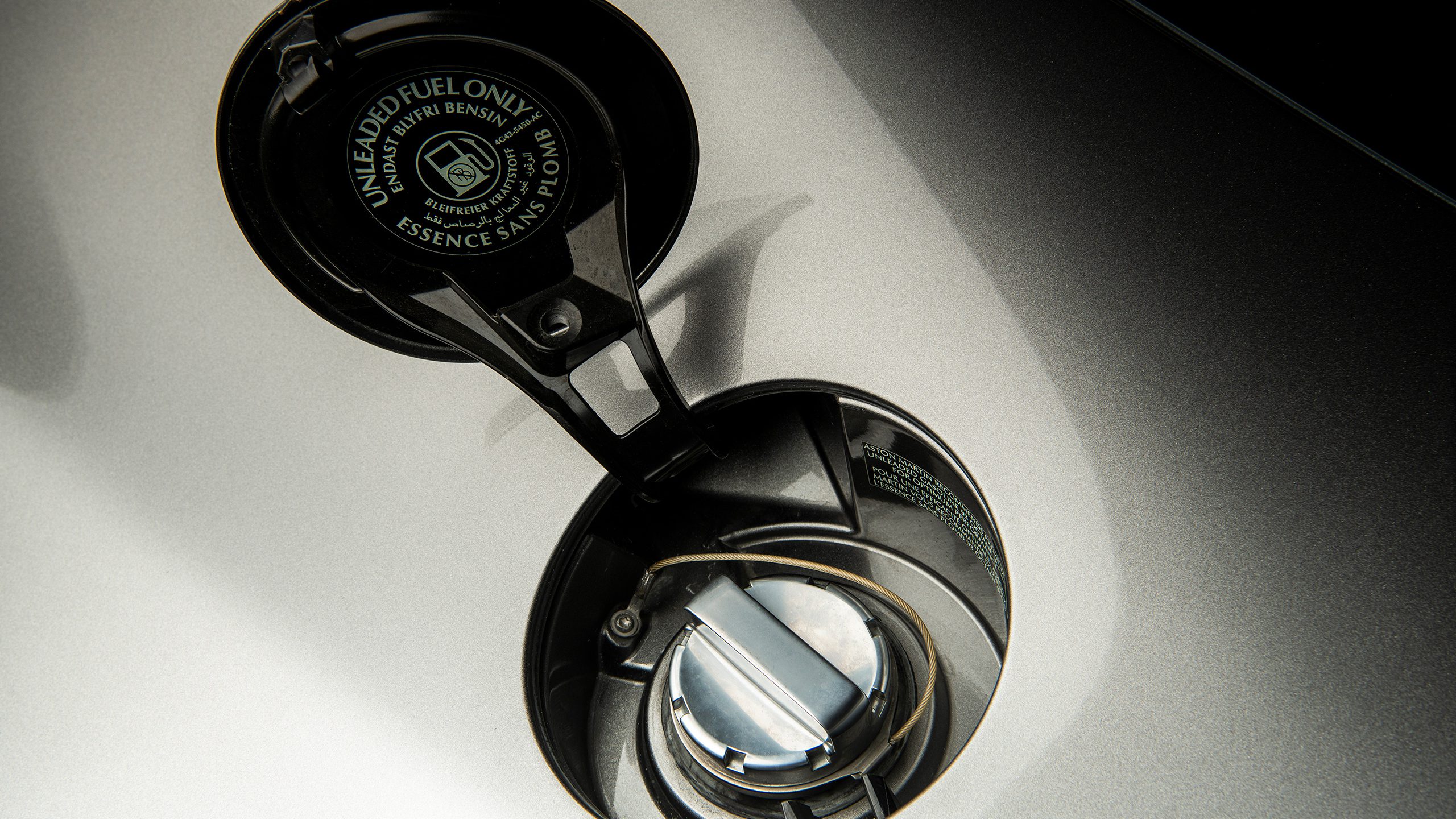 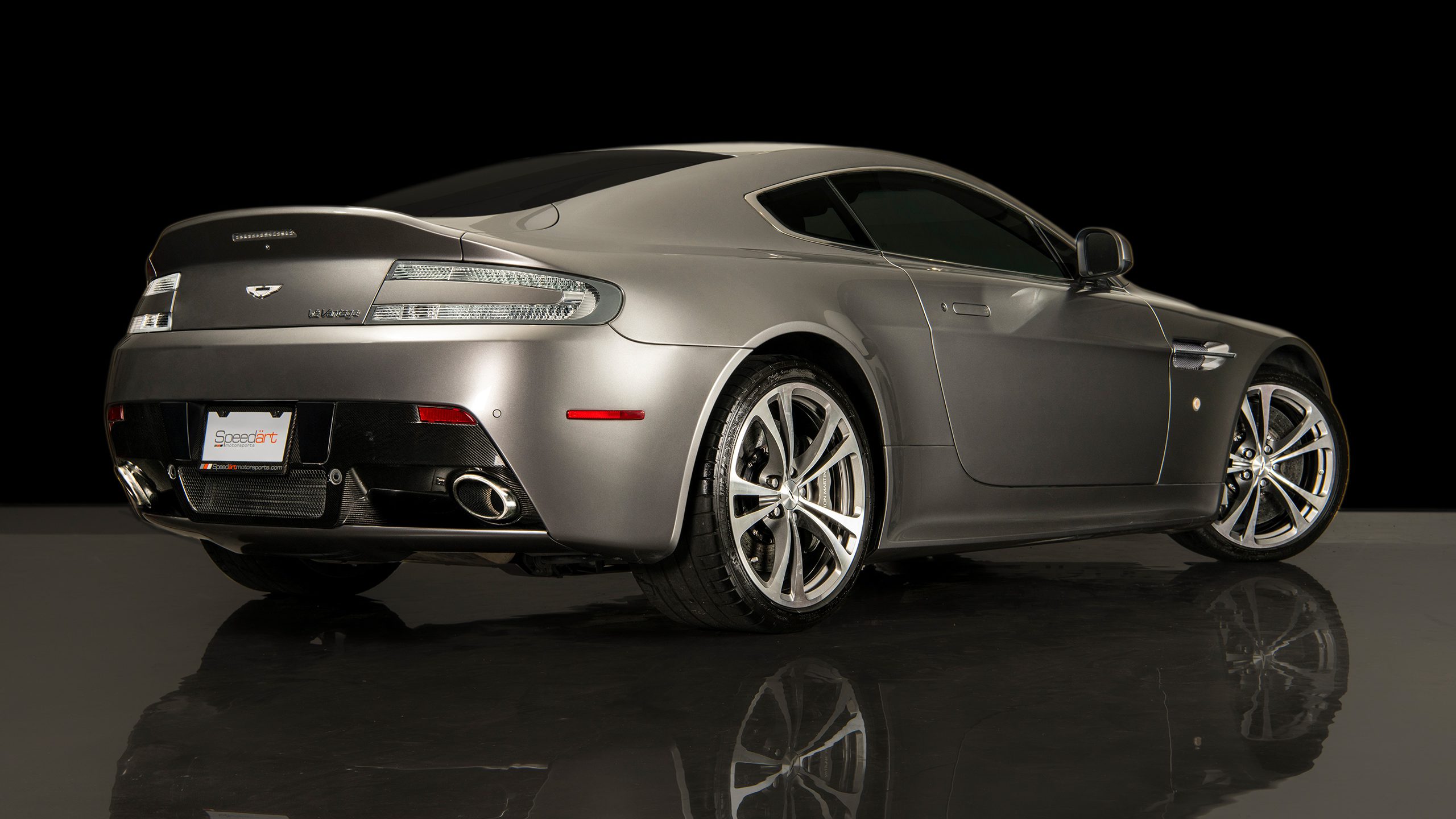 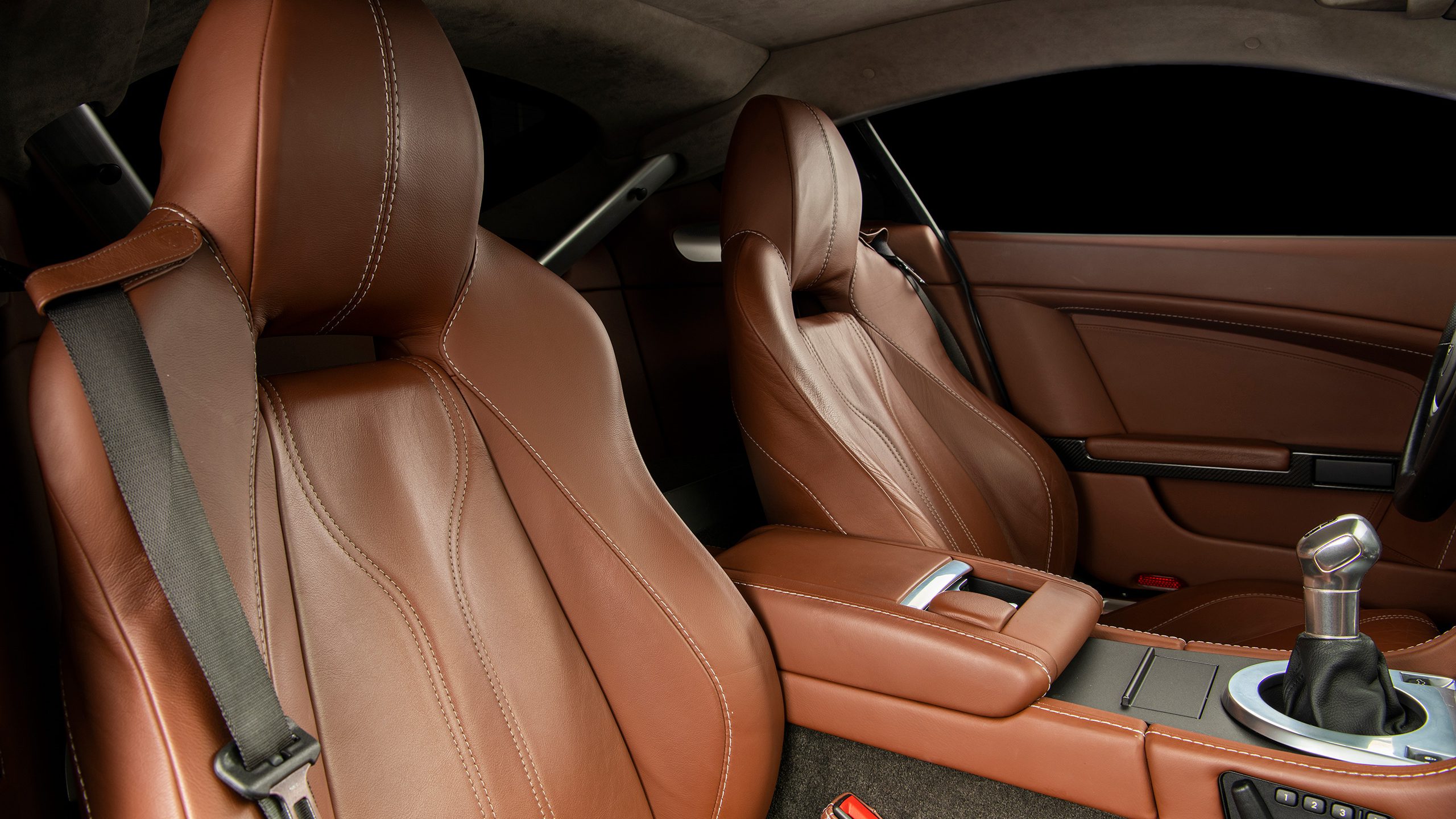 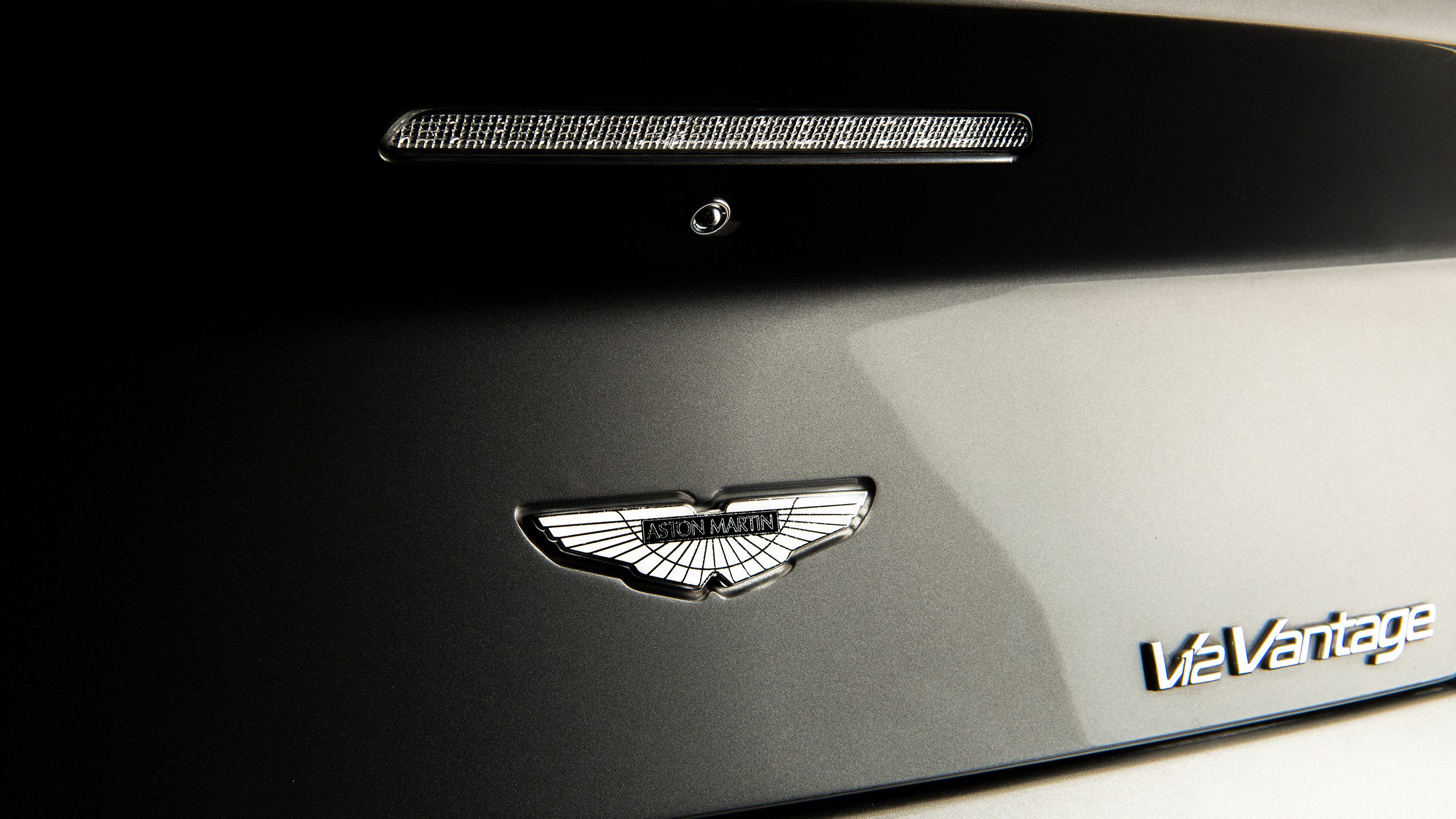 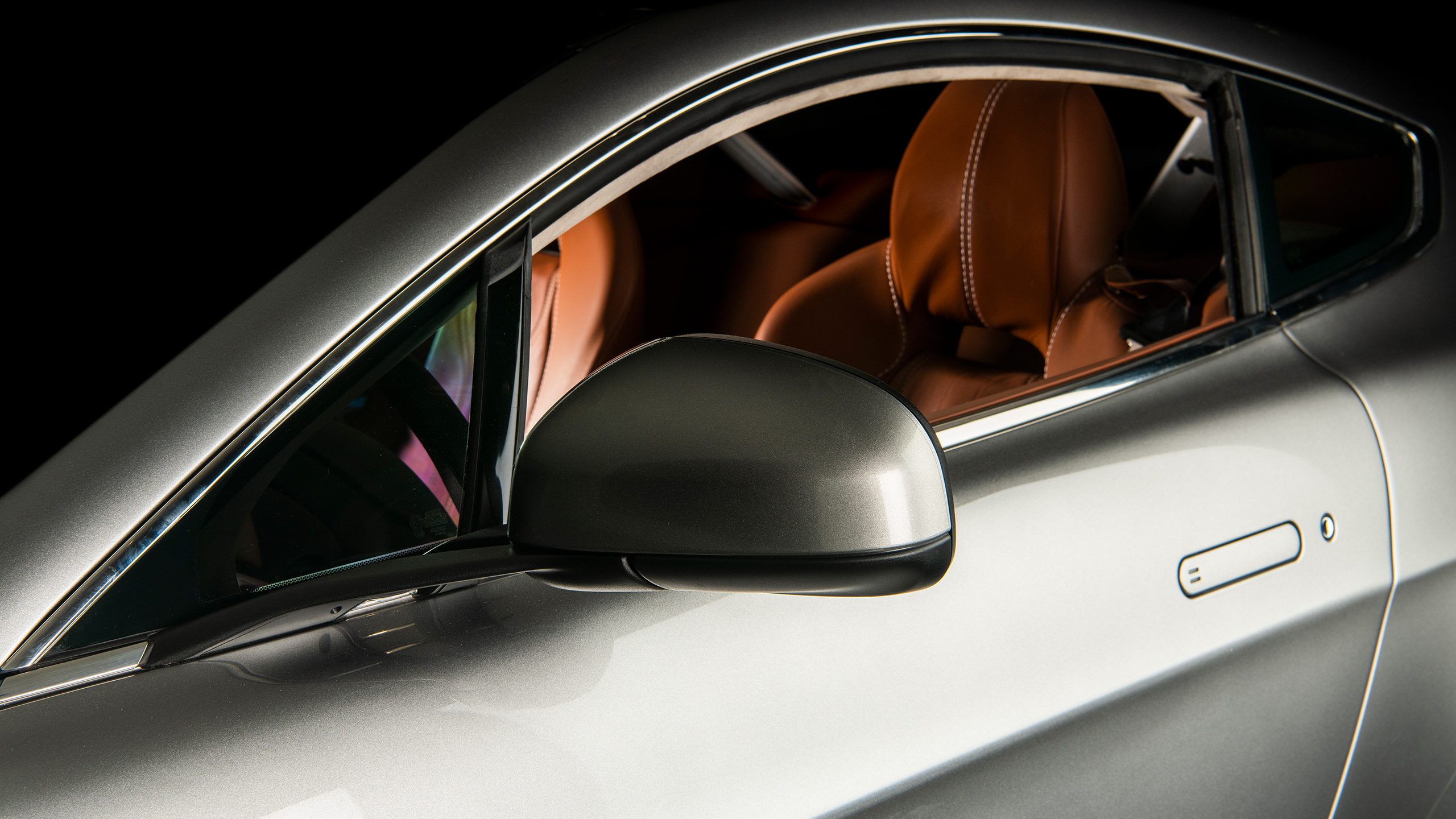 “In the transformation from V8 to V12 power, the engineers and designers at Aston Martin forensically examined and enhanced every area of the car, from suspension and brakes to aerodynamics, cooling and lightweight carbon fibre components. The result remained unmistakably Vantage but pulled and slashed into an exaggerated form with intense visual impact”.

In case you missed it, Aston Martin recently unveiled the new Vantage. This all-new twin-turbo, 503bhp V8 super coupe marks a very definitive full-stop for the current Vantage, a British stalwart that’s been in production for the last 12 years. Well, sort of. Aston has announced a limited run of V600 V12 models, which will definitely be the last for the outgoing platform and engine.  The new Vantage of course, marks the opening of a new chapter for Aston, one that’ll see seven cars fire out of the pipeline with yearly regularity between now and 2023. They include a new Vanquish, the DBX (the five-door, all-electric crossover), a new plush Lagonda as well as ‘special ops’ cars like the Valkyrie and a successor to the One-77.  As Top Gear puts it: this ambitious plan also delivers a black hand to the naturally-aspirated V12 Vantage.

Back in 2007 Aston Martin slipped free from Ford’s corporate shackles to enter a world of private ownership. It quickly gave us the DBS, then, out of nowhere, the Vantage RS. The philosophy was simple; shoehorn the biggest, most ferocious engine Aston had into the smallest car it made. And what an engine; the V12 lifted straight from a DBRS9 GT racing car, a very similar engine to the one in the Le Mans-winning DBR9. Slatted, angry and with 375bhp-per-tonne and gorgeous Mako blue paint, the RS was hot rod of the highest order but still a concept. Fast forward in 2009 Aston Martin made our hopes and dreams very real.

Using this special, naturally aspirated V12 felt welcome in a world of forced induction supercars, where it feels as though you’re short-changed out of the firework show, with all the action done by 5,000rpm. Ultimately what started life as two Mondeo engines being fused together has turned into one of the most charismatic 12 cylinder units ever, combusting like a well-timed orchestra to make one hell of a form of propulsion. Given its roots, the engine is way better than the sum of its parts.

Small in stature with short overhangs, a swooping roofline, minimalist ducktail spoiler and wheels that are to scale rather than on trend. It’s gorgeous. When the world first saw the Vantage, we all thought there was a sprinkling of magic in the ink of Henrik Fisker’s pen. It’s an effortless and elegant silhouette and part of the reason it’s lasted so long. These near-perfect proportions help when you’re driving it, too. It’s placeable, easy to see out of and when compared to the modern supercars, basically pocket-sized – giving it an added sense of agility and litheness.

You have to dig deep into the long-travel throttle pedal to extract the torque. When you find it, there’s plenty of it, and you don’t want to lift off, as the more you keep your foot pinned, the better the engine gets, and a flood of horsepower gets uncorked at the top end. It’s an addictive set of events, something you’ll want to participate in until the planet is run dry of super unleaded.

In isolation, the DB11’s twin-turbocharged V12 sounds good. But when you do a cold start of the Vantage’s, then clear its throat with your right foot, it pales into insignificance. It’s deeper and richer than anything turbo supercar can muster. The unrestricted naturally-aspirated V12 fires into life with a bark, then settles into a weirdly hypnotic deep gurgle at idle. With every prod of the throttle, your ears smile as that metallic whap howls up to the redline. With every thousand revs, the anger increases before you back off to a ceremony of pops and bangs on the overrun. It really is one of the world’s great engine notes. One that’ll be sorely missed.

Question is, will there be a V12 version of the new car?  It’ll probably be the twin-turbo V12 from the DB11. After all, the engine bay of the new car is shared with that super GT, So we know it’ll fit. Plus, why go to the bother of developing a new twin-turbo V12 if you’re not going to spread the costs? What we do know is it definitely won’t be a naturally aspirated V12 – because of emissions regulations – which is a shame, but hey, that’s the world we live in now.

Details of the production V12 Vantage started to emerge a couple of weeks prior to the public first view at the Geneva Salon, 2009. It had been a little over a year since the V12 Vantage RS was first shown and the production ready V12 appeared faithful to the concept. Perhaps the most significant change was the dropping of the ‘RS’ label, following many negative comments by loyal owners and Aston enthusiasts.

Originally there was a controversial limit of 1,000 cars, which was then dropped. However this coincided with the vehicle being offered in the USA, which was never originally anticipated. For all the understandable fuss over the promise being dropped, ultimate figures seem to be more or less accepted as being 1,200  units world-wide including, circa 300 examples that were imported to North America. That number is  separate to the 101 roadsters and the 50 odd V12 Zagato coupes and relates only to the V12 Vantage, not  Vantage S.

The construction of chassis No. 862 was completed on late August of 2011 and it left the Gaydon, Warwickshire factory a month later, arriving  at the port of Brunswick on October 17, 2011.

After a long wait since the proud owner and avid Aston  driver ordered the newly released V12 Vantage the motorcar arrived at the designated Aston Martin Center of Houston Texas in the third week of October 2011. Upon completion of the pre-delivery inspection and  all necessary preparations the Vantage was immediately delivered to its first owner which he subsequently traded for a newer car on August 2014 with 9k miles accumulated over a three year period. The next care taker, also a Houston resident enjoyed the Vantage more extensively and clocking almost 40,000 miles over its course of 4 years ownership.

At last a Miami local car enthusiast discovered the car advertised at Star Motor Cars , the Aston Martin dealer of Houston ,TX and after acquiring the automobile he made transportation arrangements to his South Florida residence in the second week of November 2018. Just like before the Vantage was meticulously maintained by  the Aston Martin of Coral Gables Authorized Center with all service intervals performed as suggested by the manufacturer during 2018, 2019 and 2020.

Although the current mileage constitutes this handcrafted GT as a driver’s specimen, the spectacular condition, service records and incident-free provenance reflect a value package that will excite even the most spirited owner for years to come.

True to its factory kardex the motorcar is fitted with the BeoSound acoustic system from Bang & Olufsen that comprises 13 active loudspeakers, which are positioned in ten locations around the car, offering a total output of more than 1000 Watts. Furthermore, the entire front of the automobile including all aerodynamic components are covered with a 3M clear film preserving the original enamel of the glorious coachwork.  A copy of the non-derogatory CarFax record attests to the sterling history of the motorcar and is supplied upon request.

Speedart Motorsports welcomes all serious inquiries as we would like to extend an invitation to  all interested parties and in order to witness up-close and personal in our Miami Design District gallery this British thoroughbred.

The sale of the motorcar is accompanied by owners manuals, service books and pertinent documentation, spare keys and OEM battery tender.