Reminiscent of a Bygone Era, Rapidly Appreciating Roadster in Exceptional Condition - No. 140 of 555 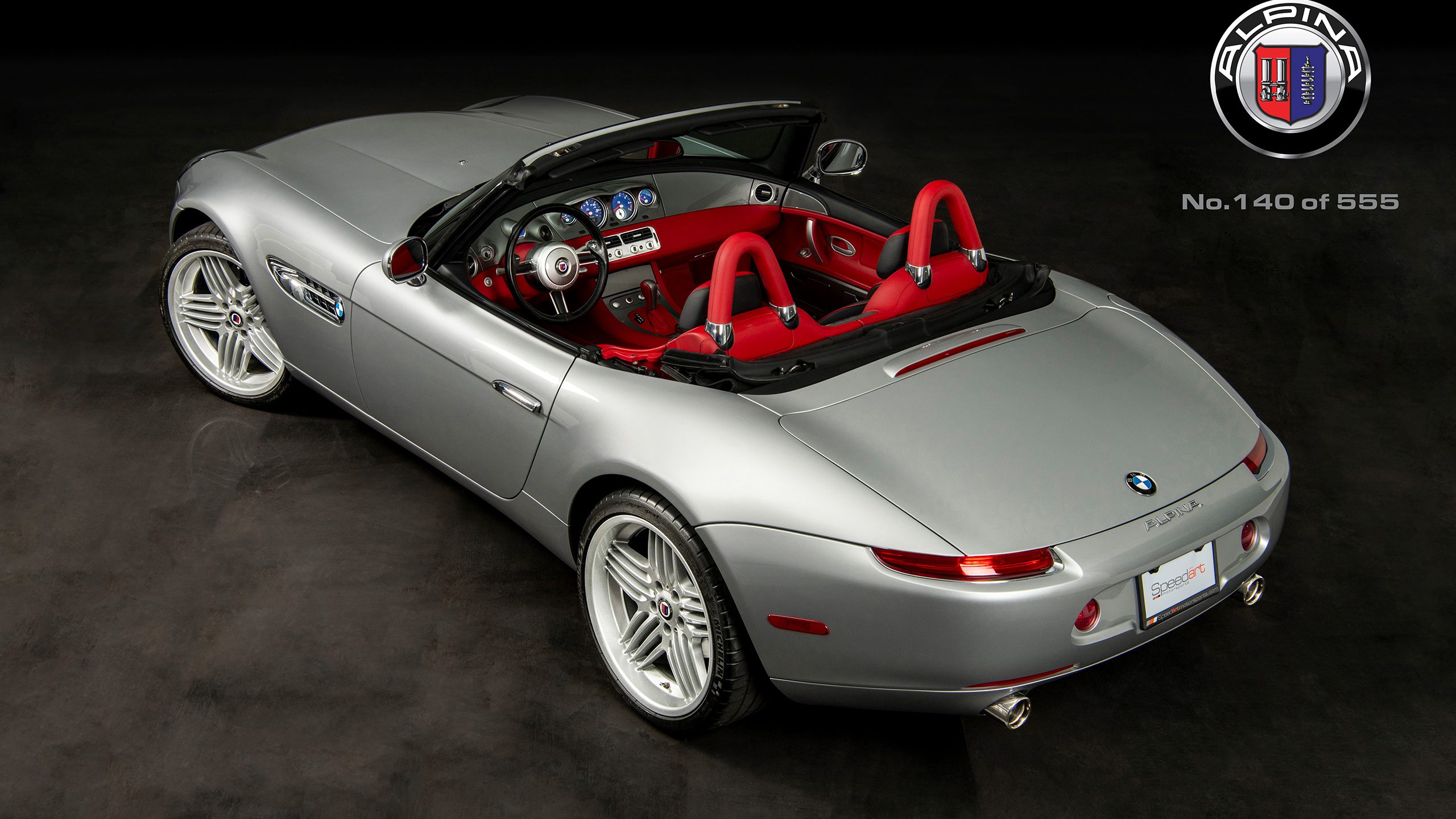 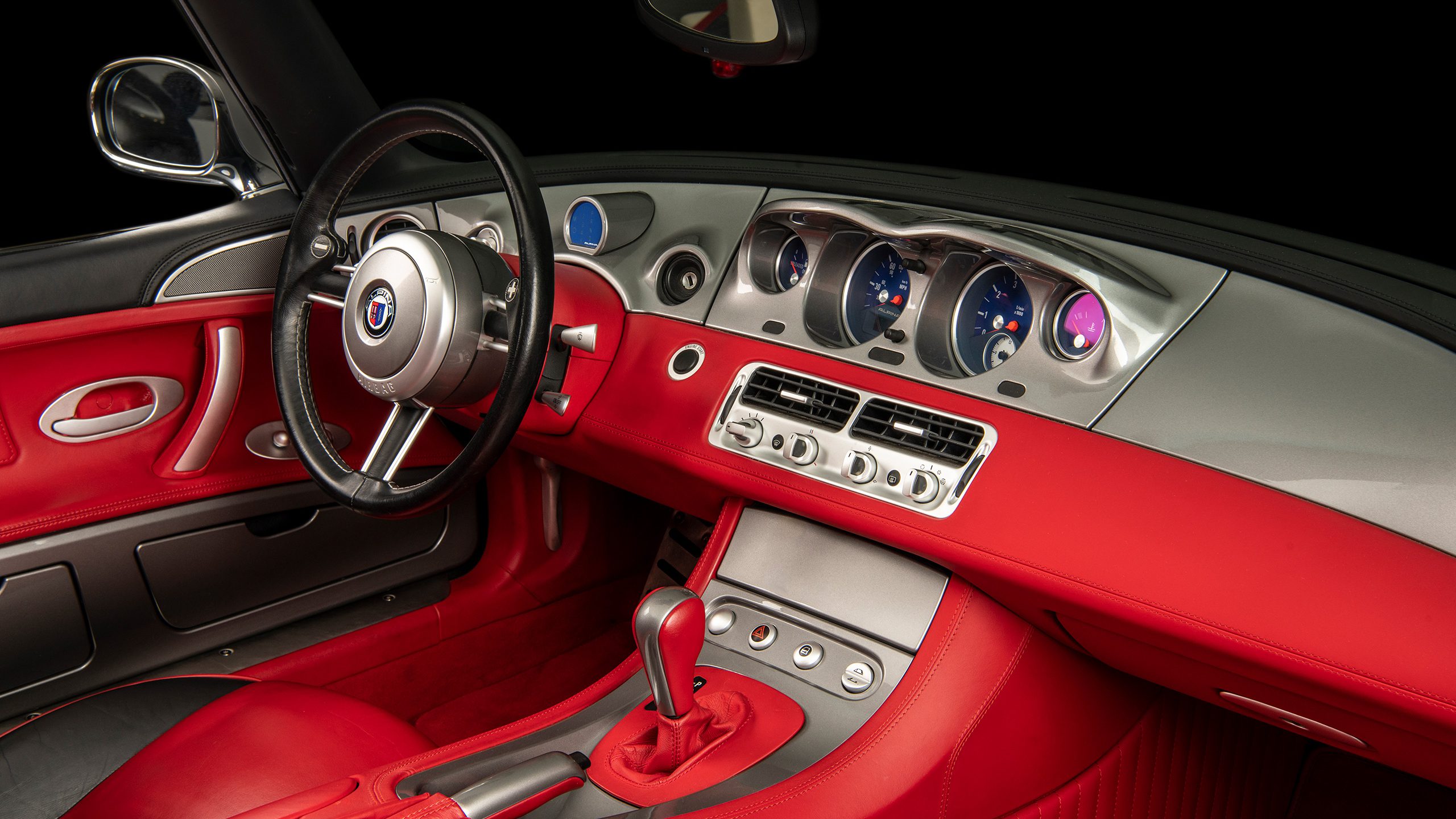 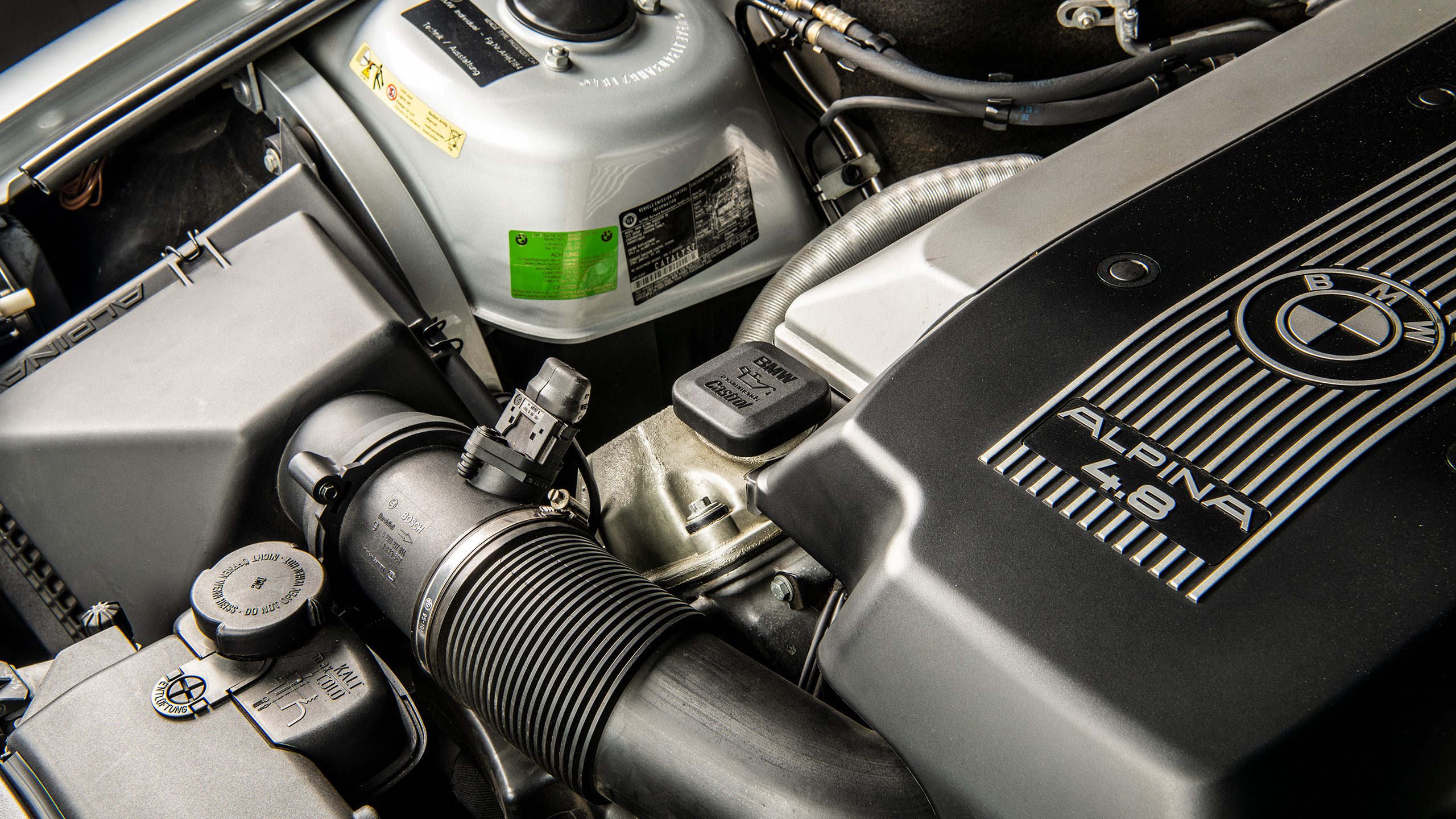 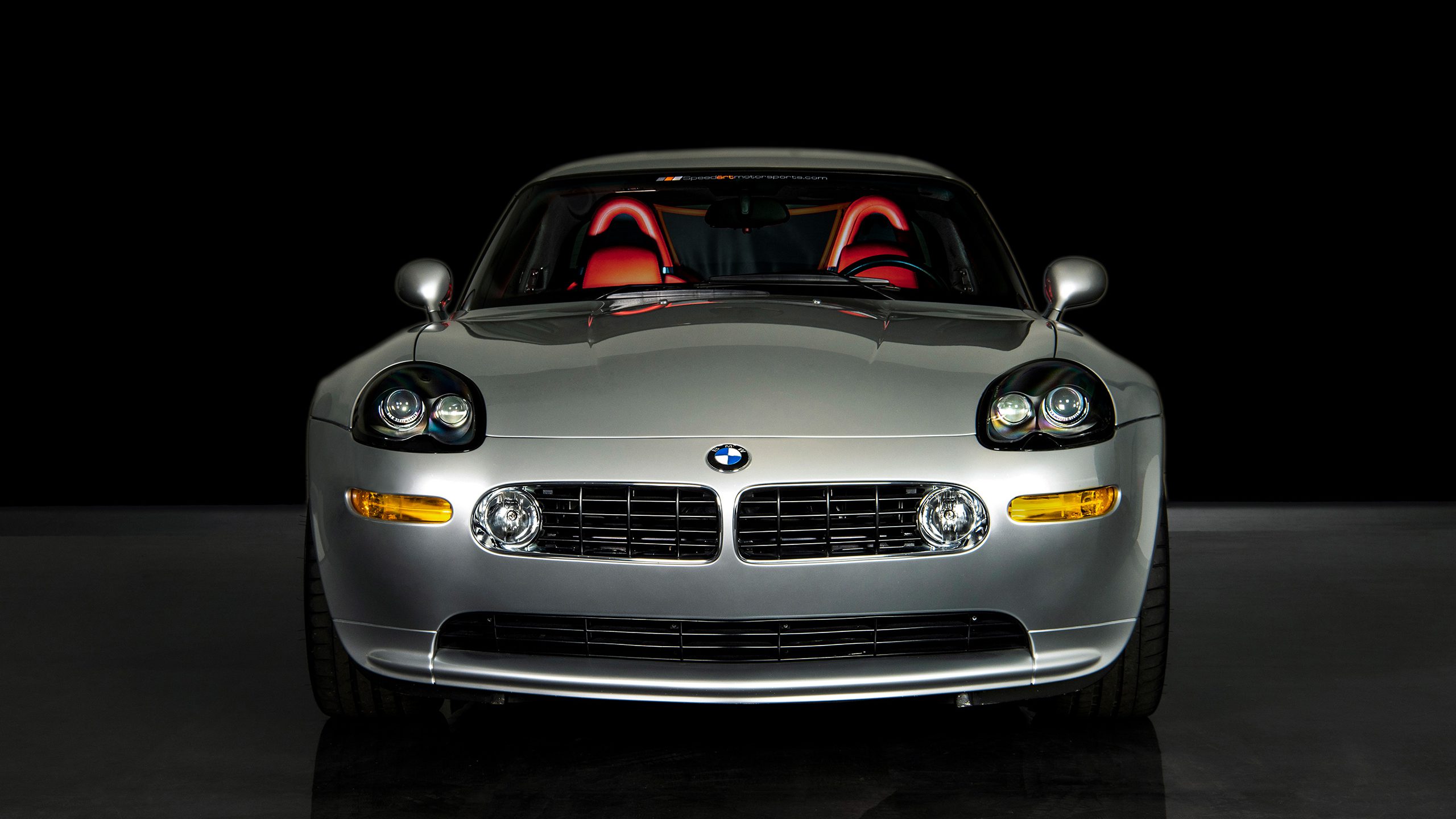 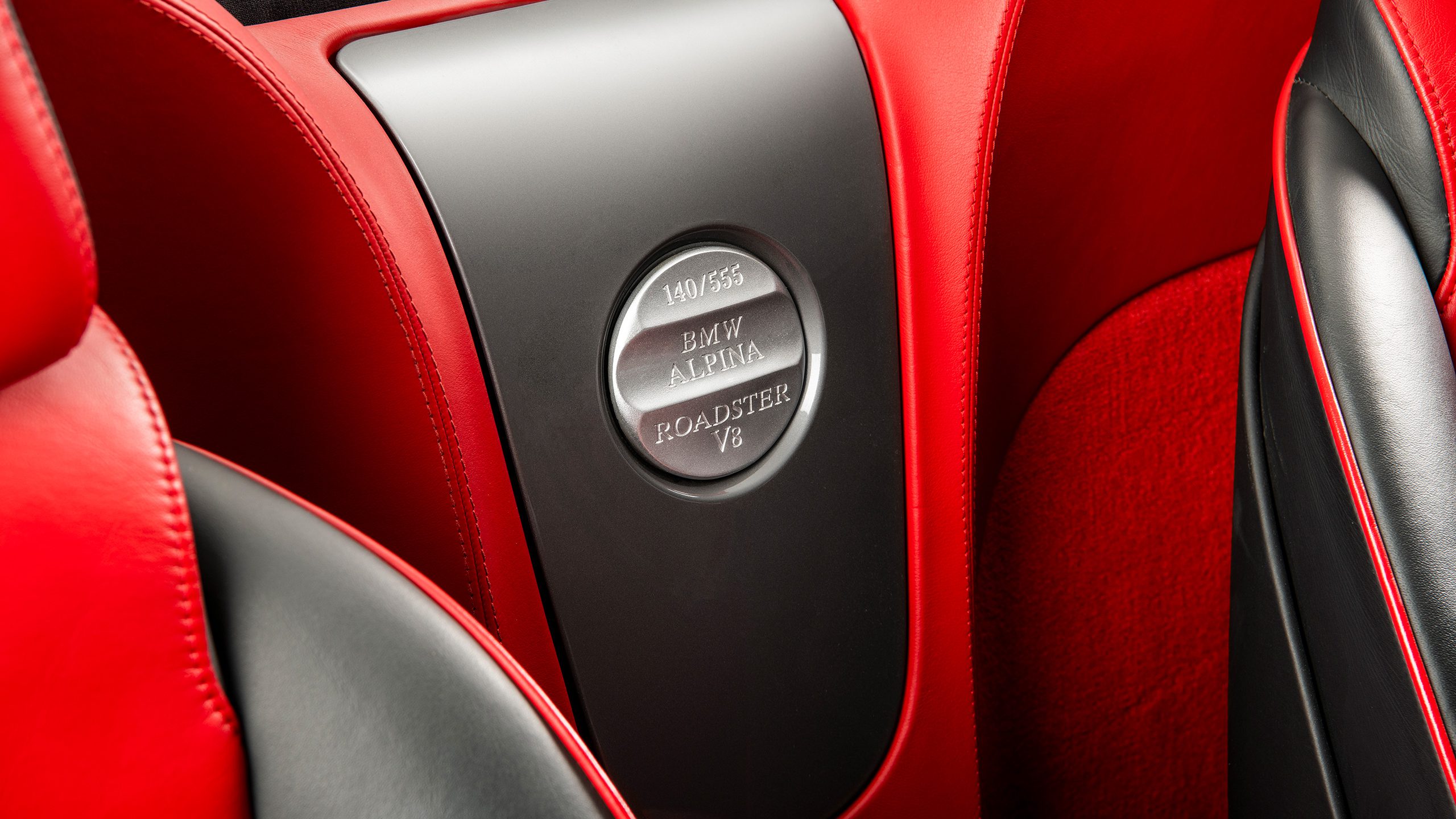 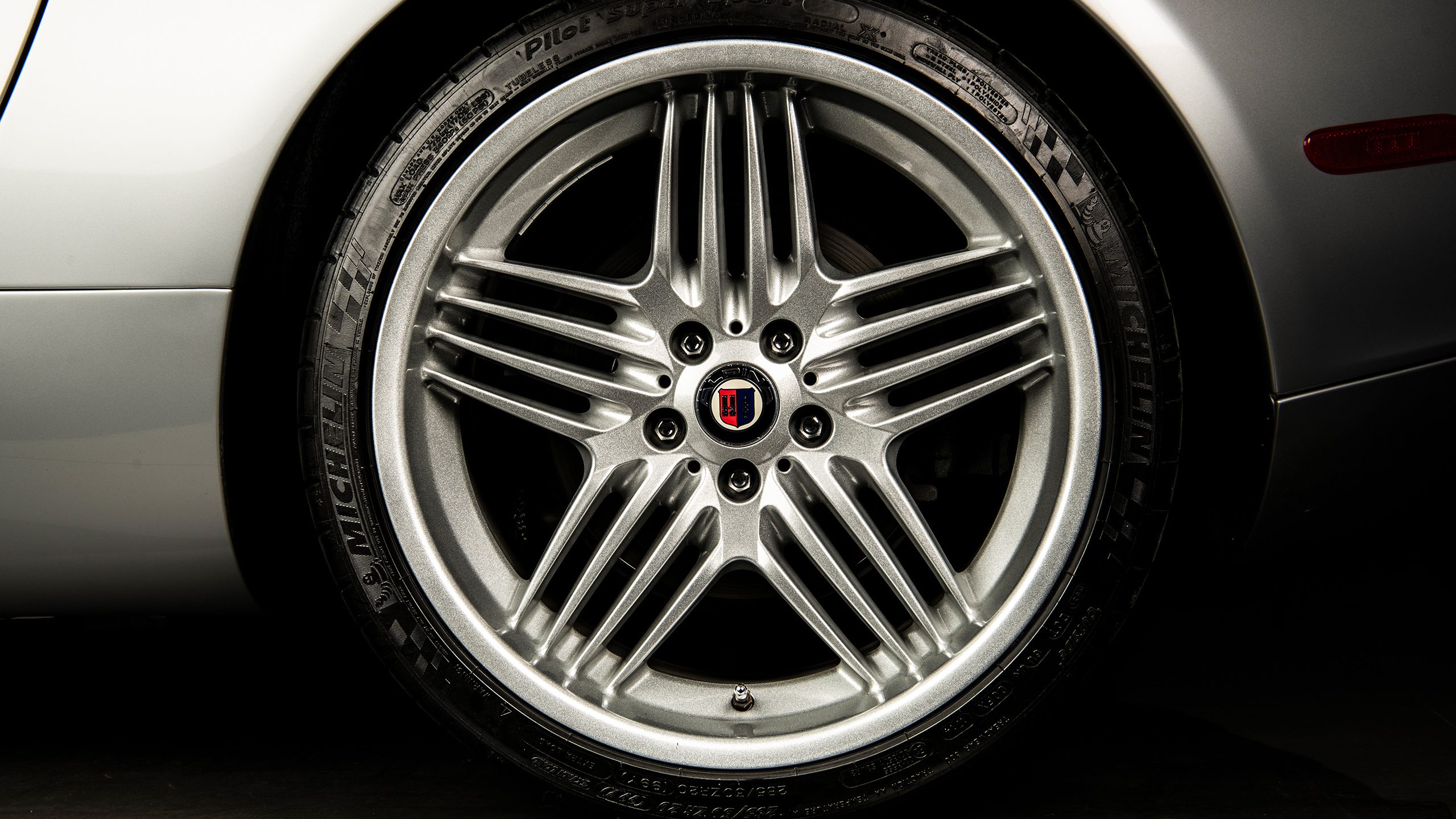 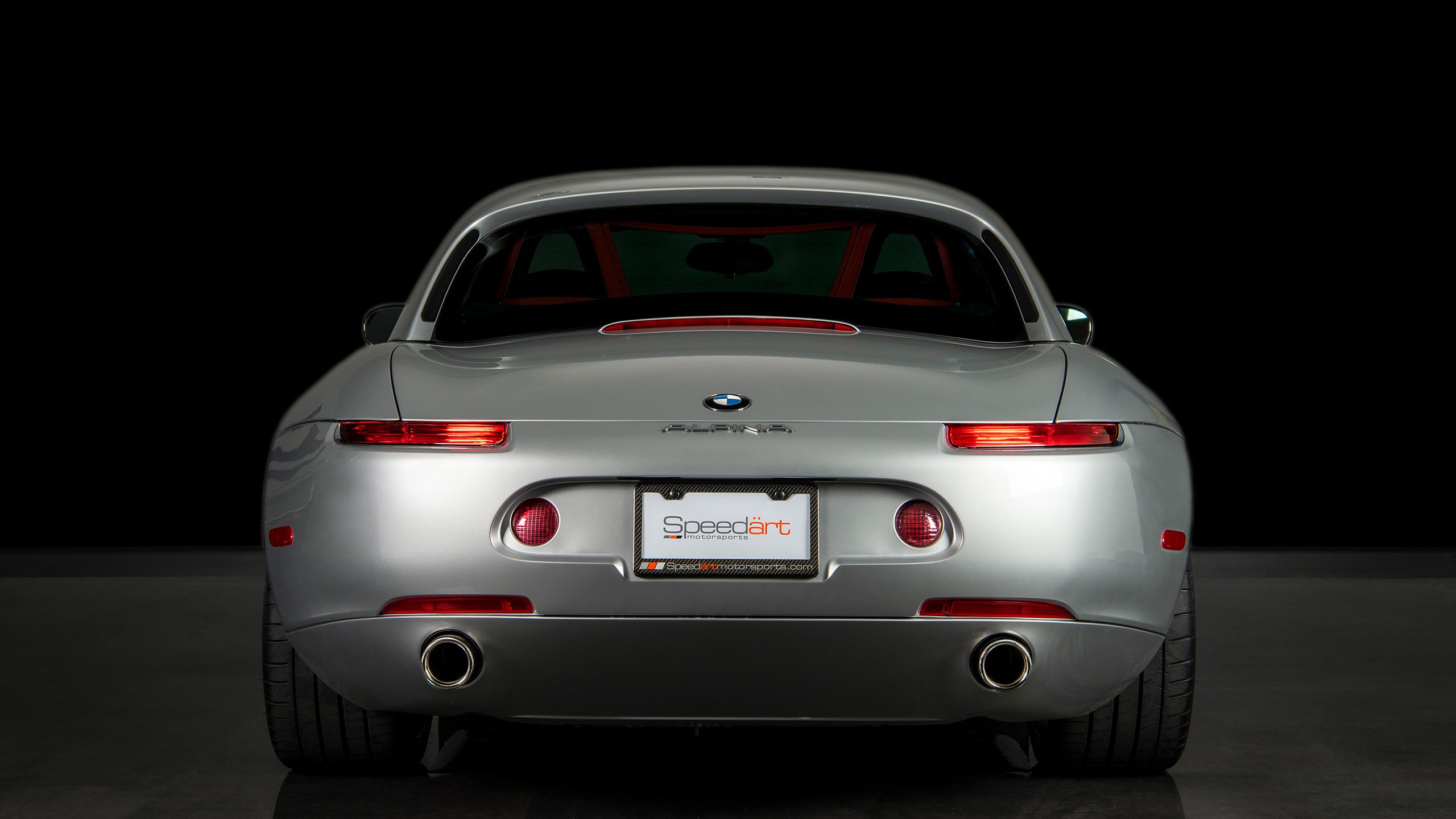 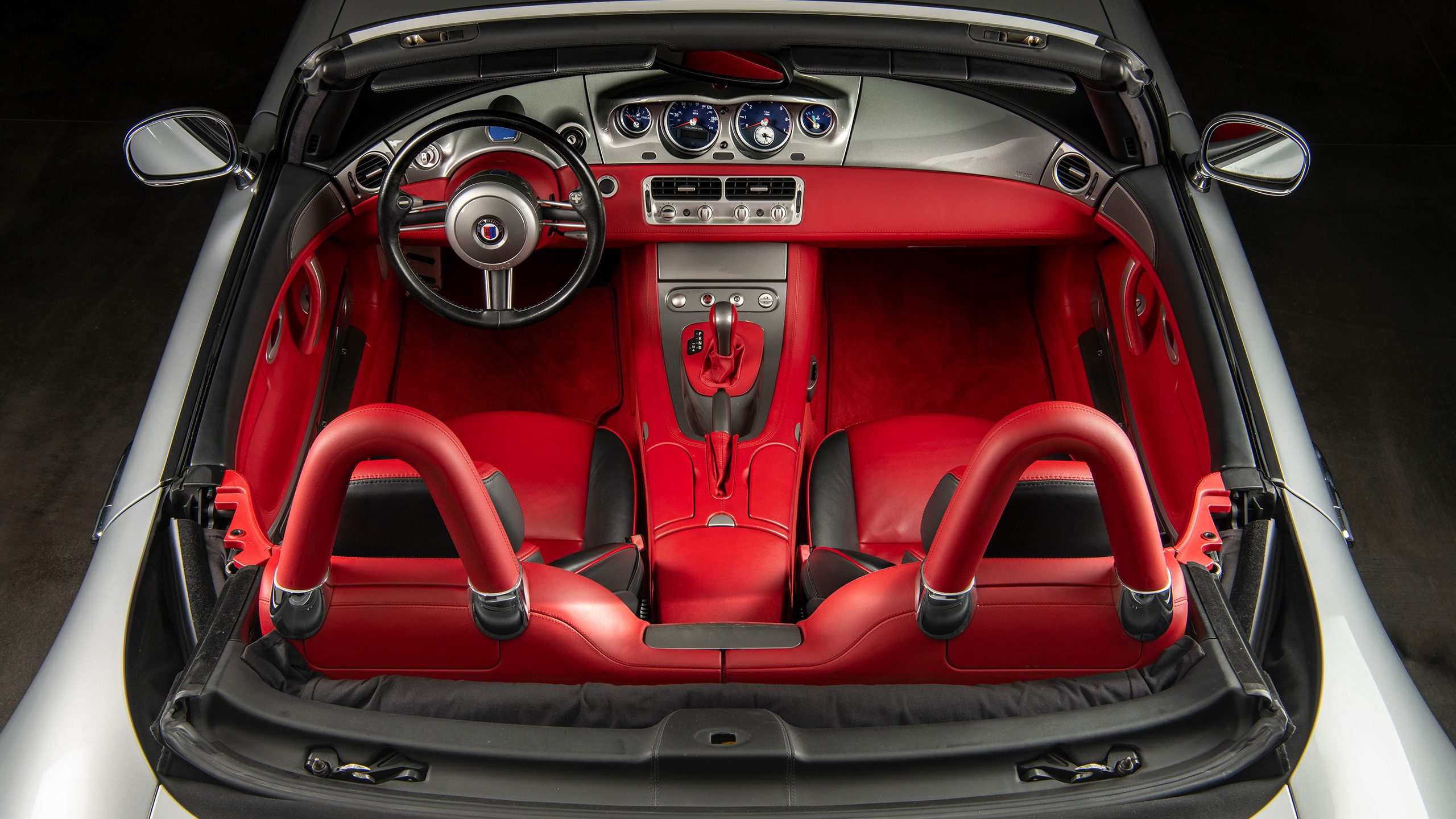 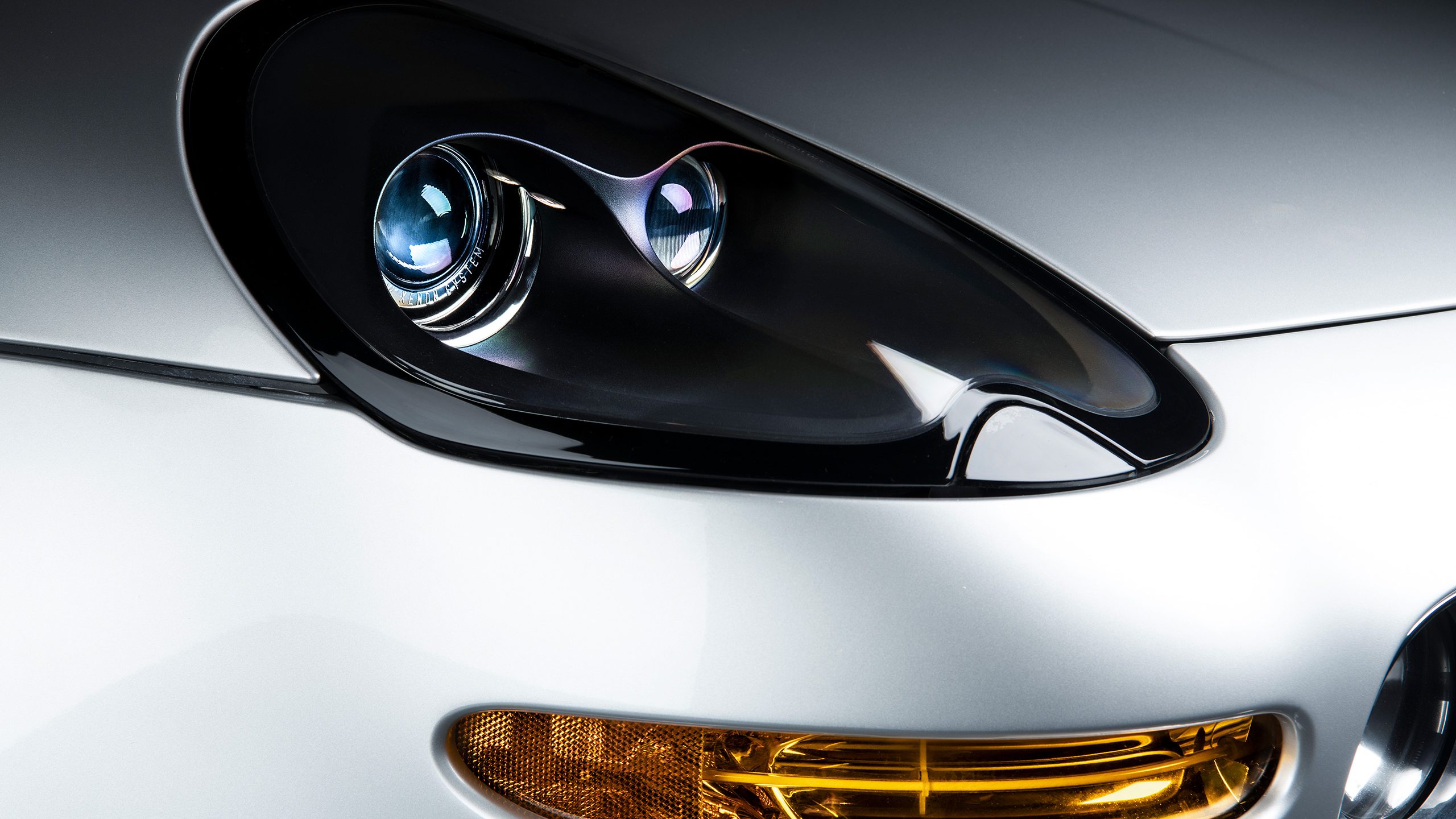 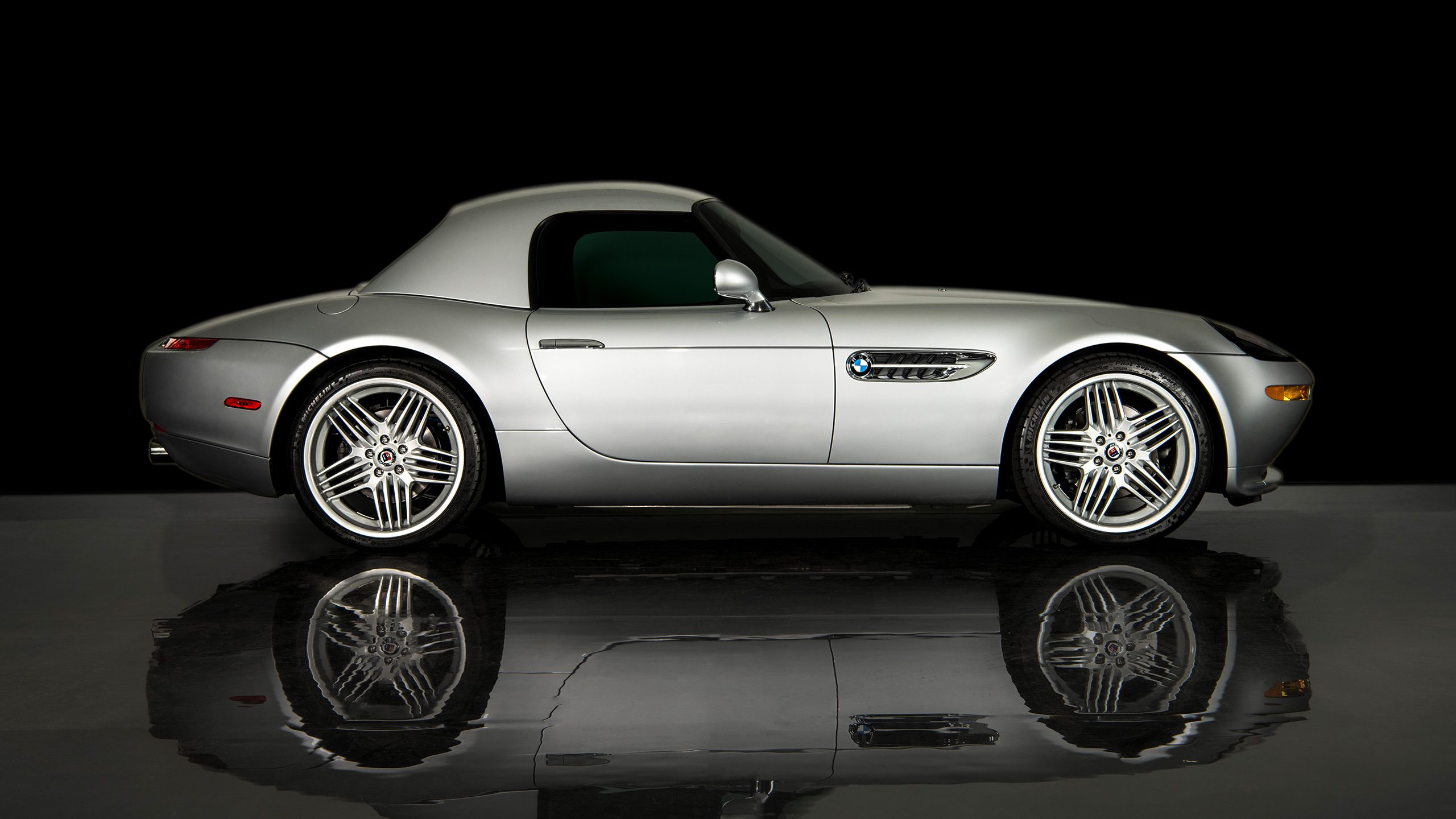 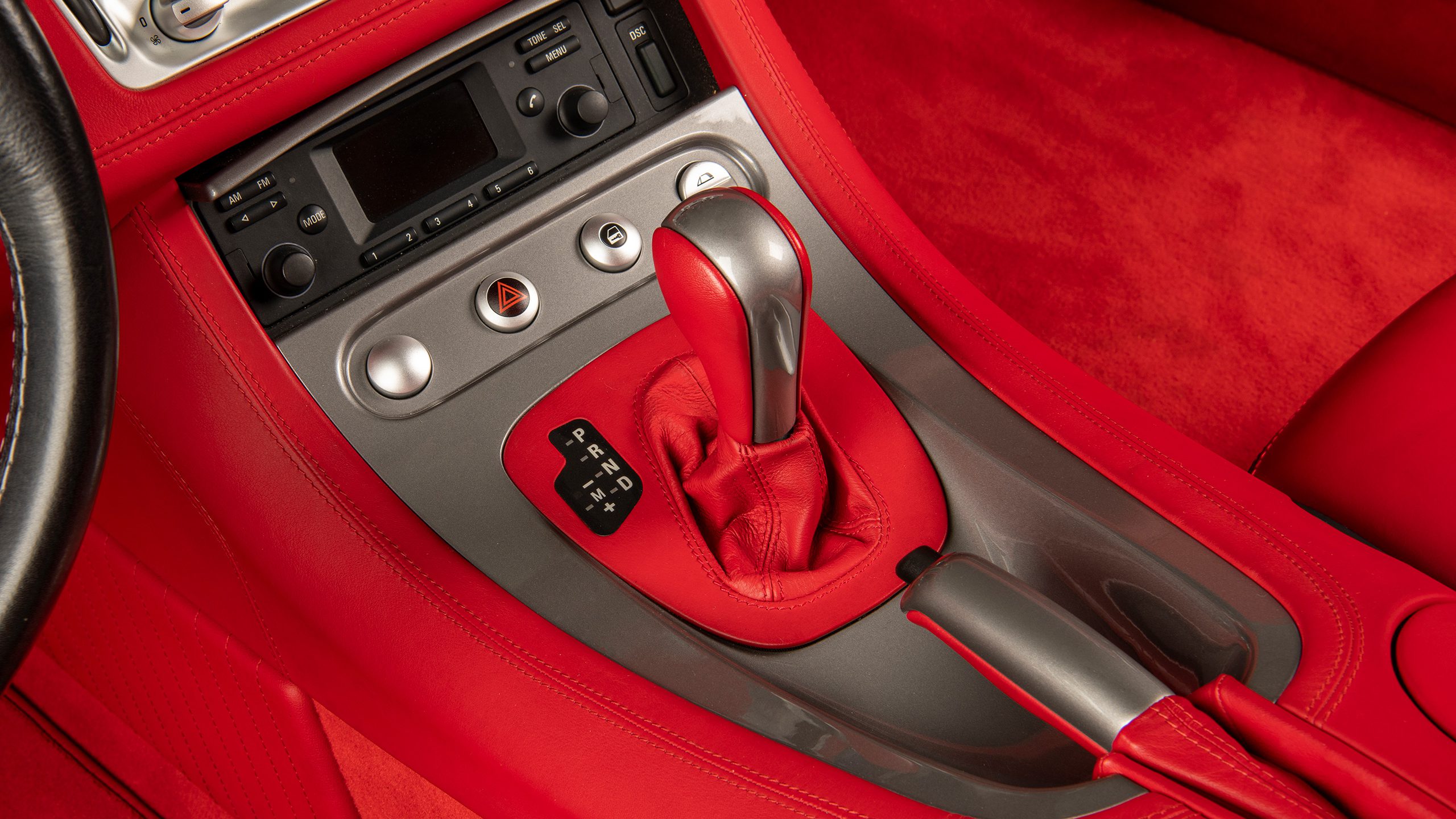 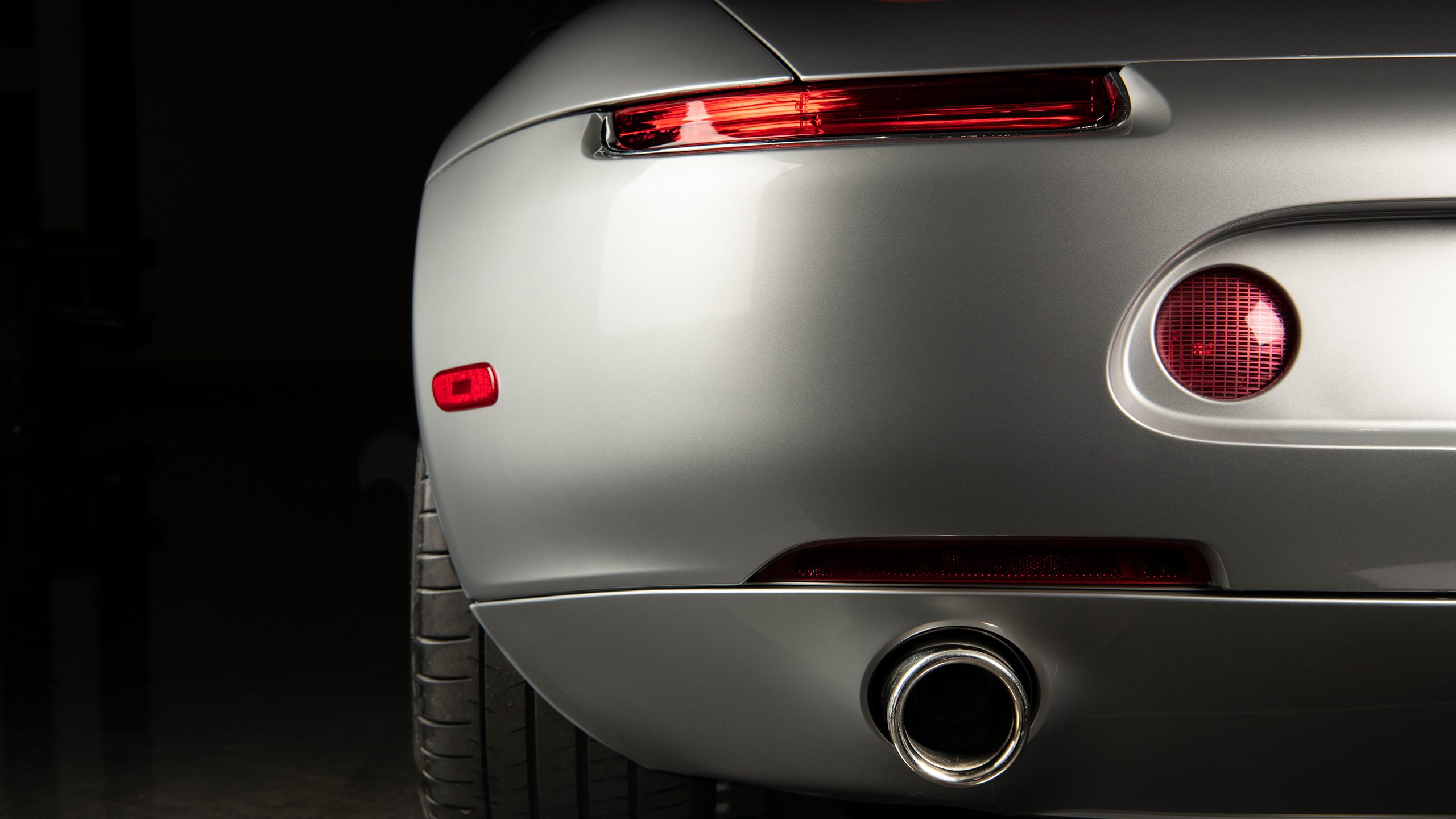 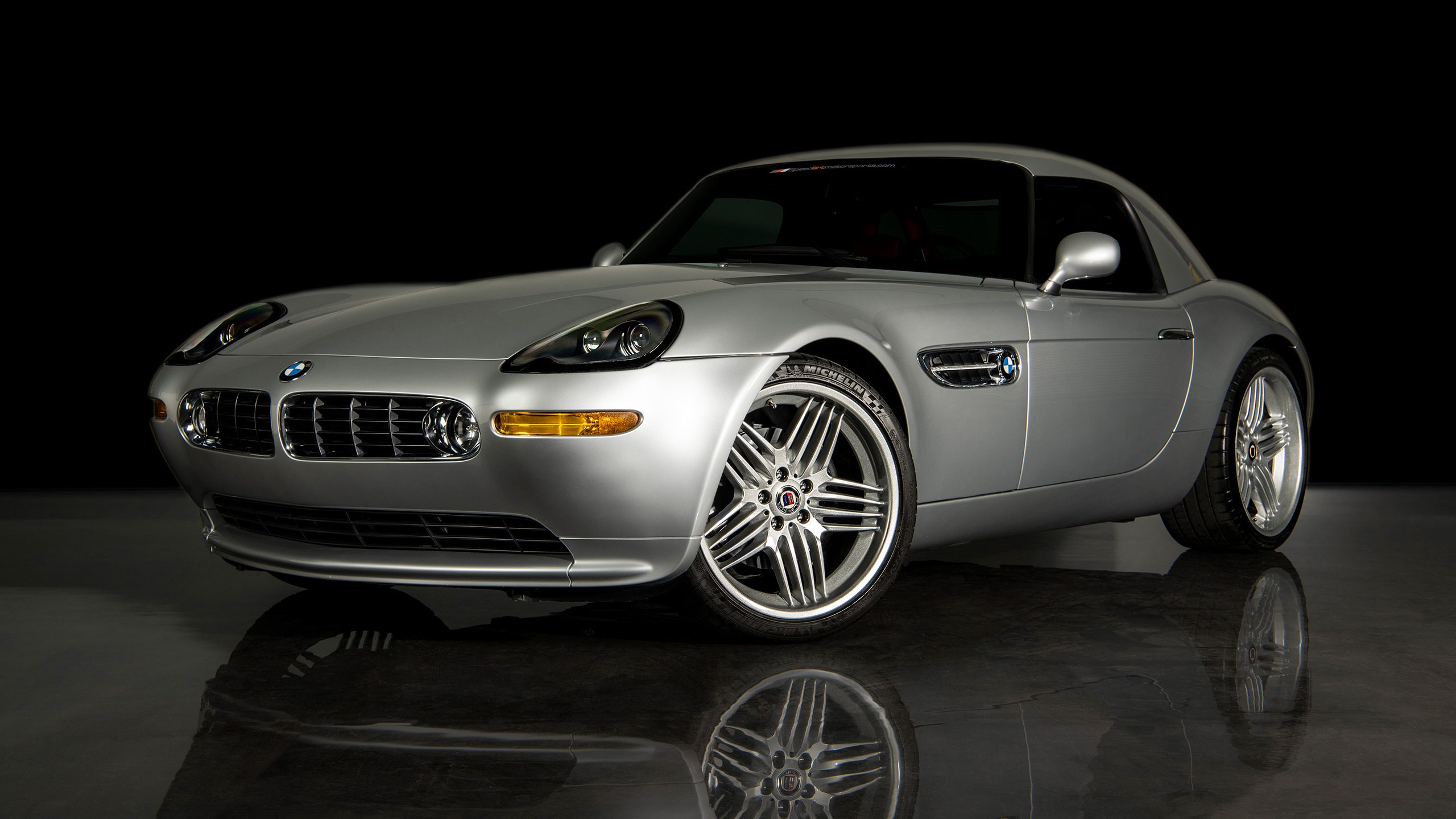 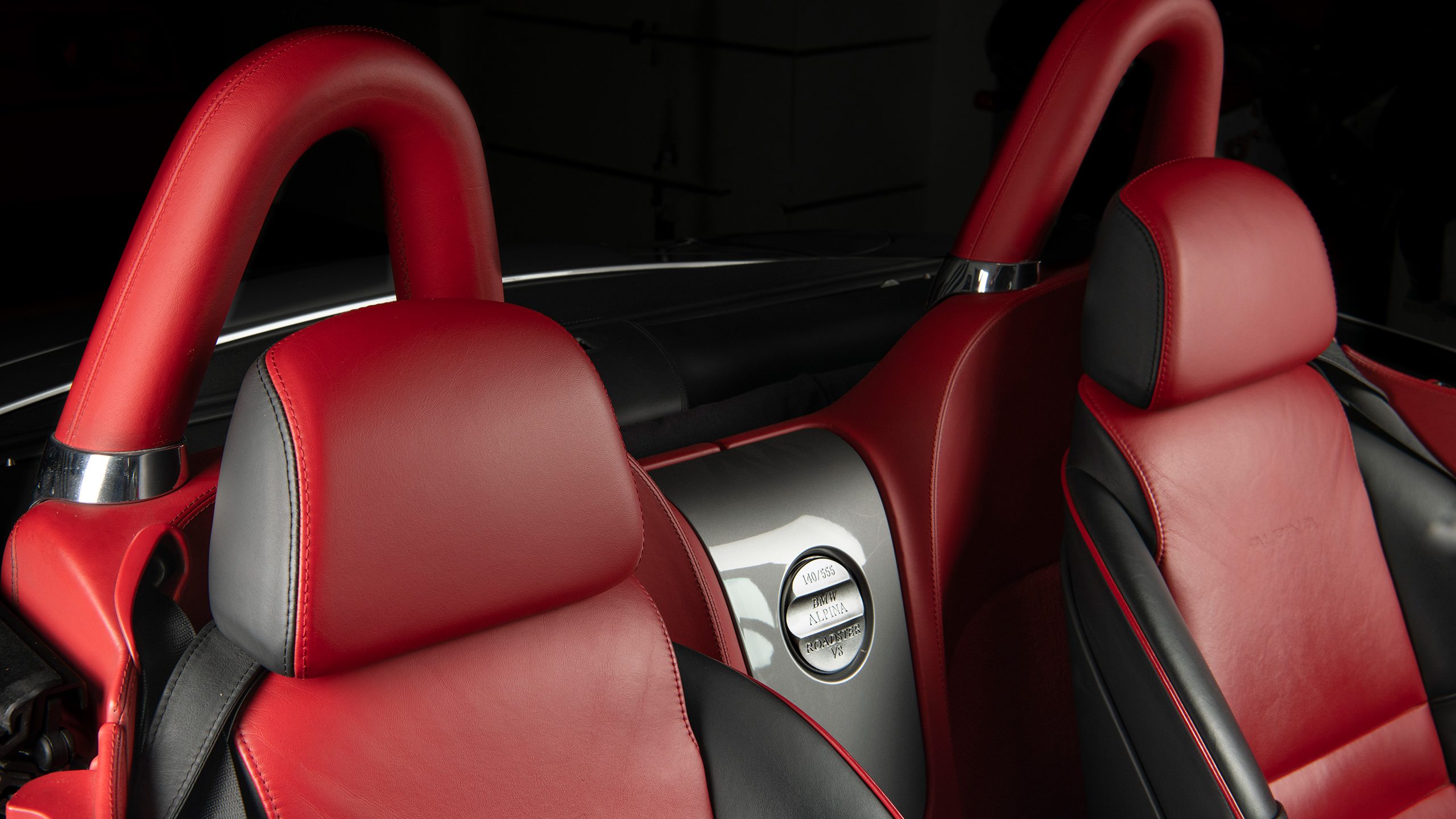 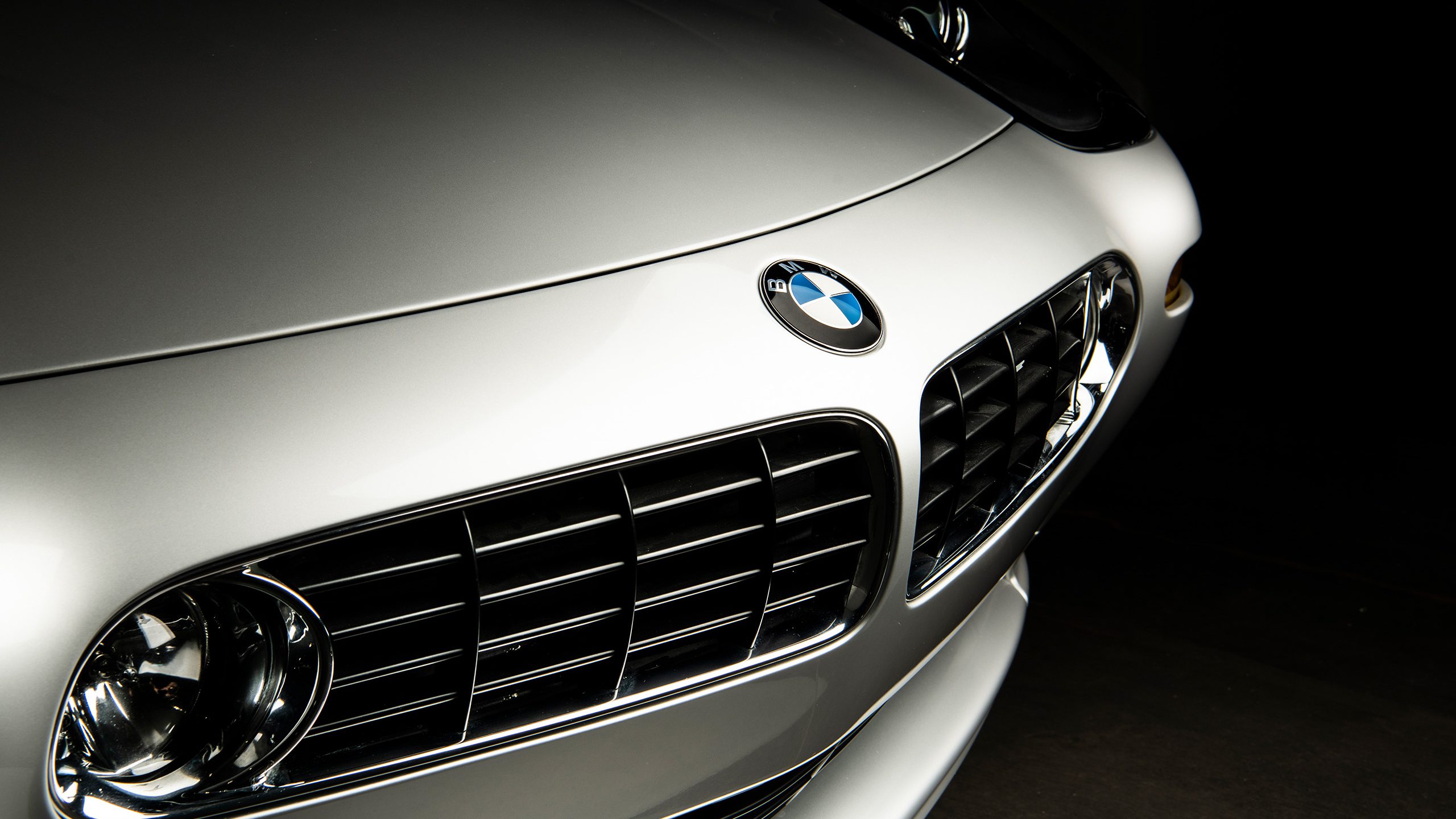 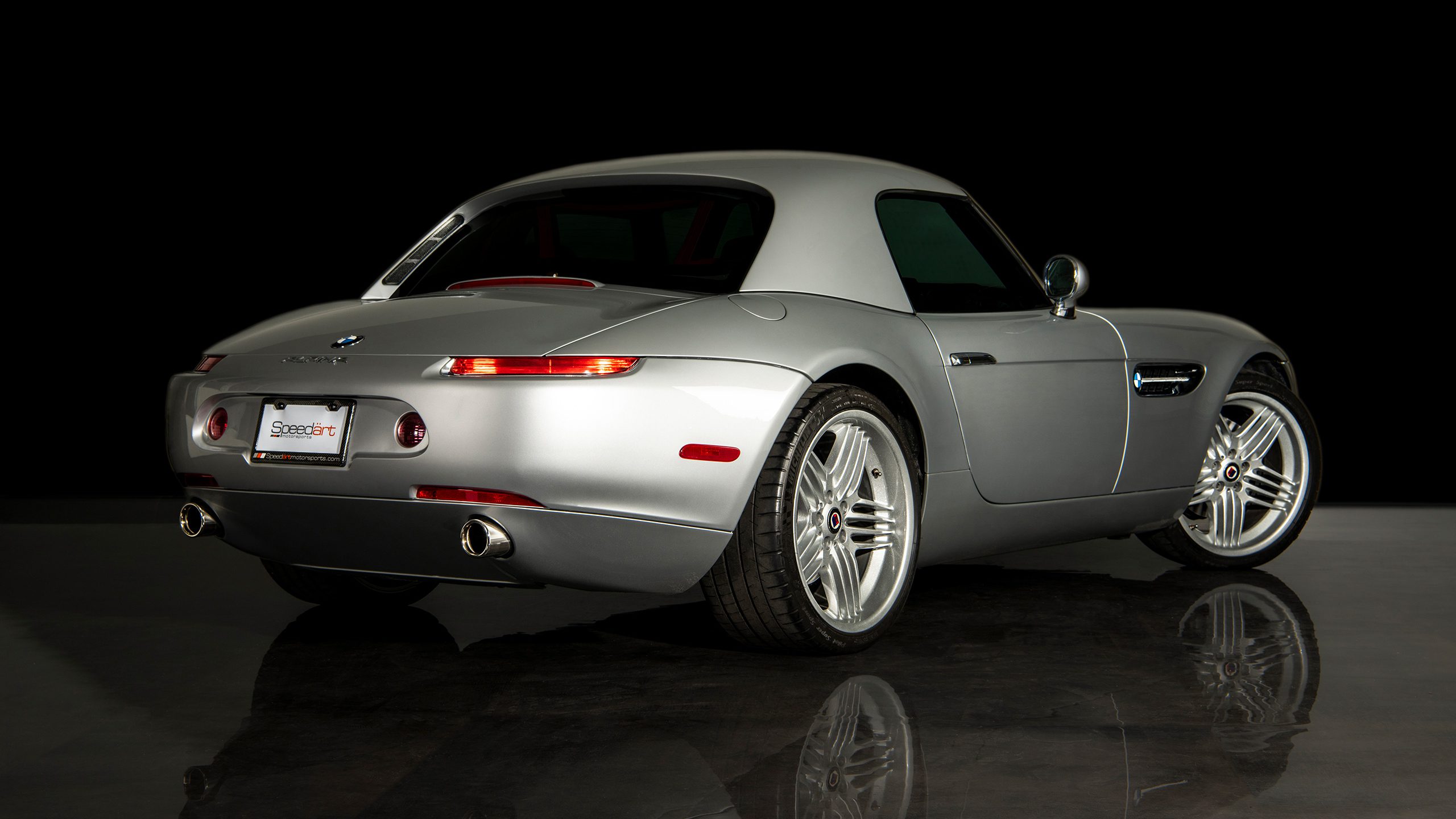 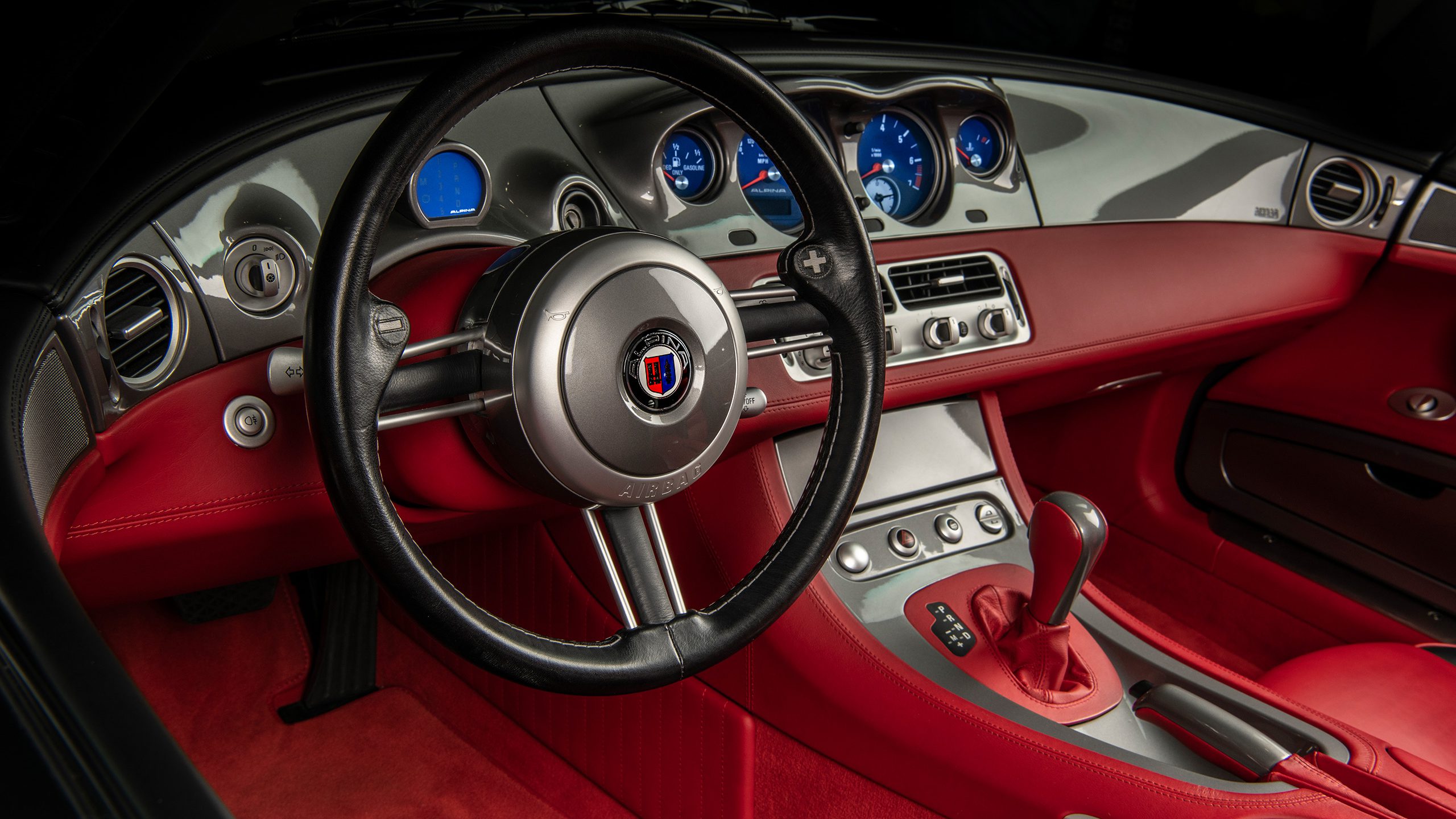 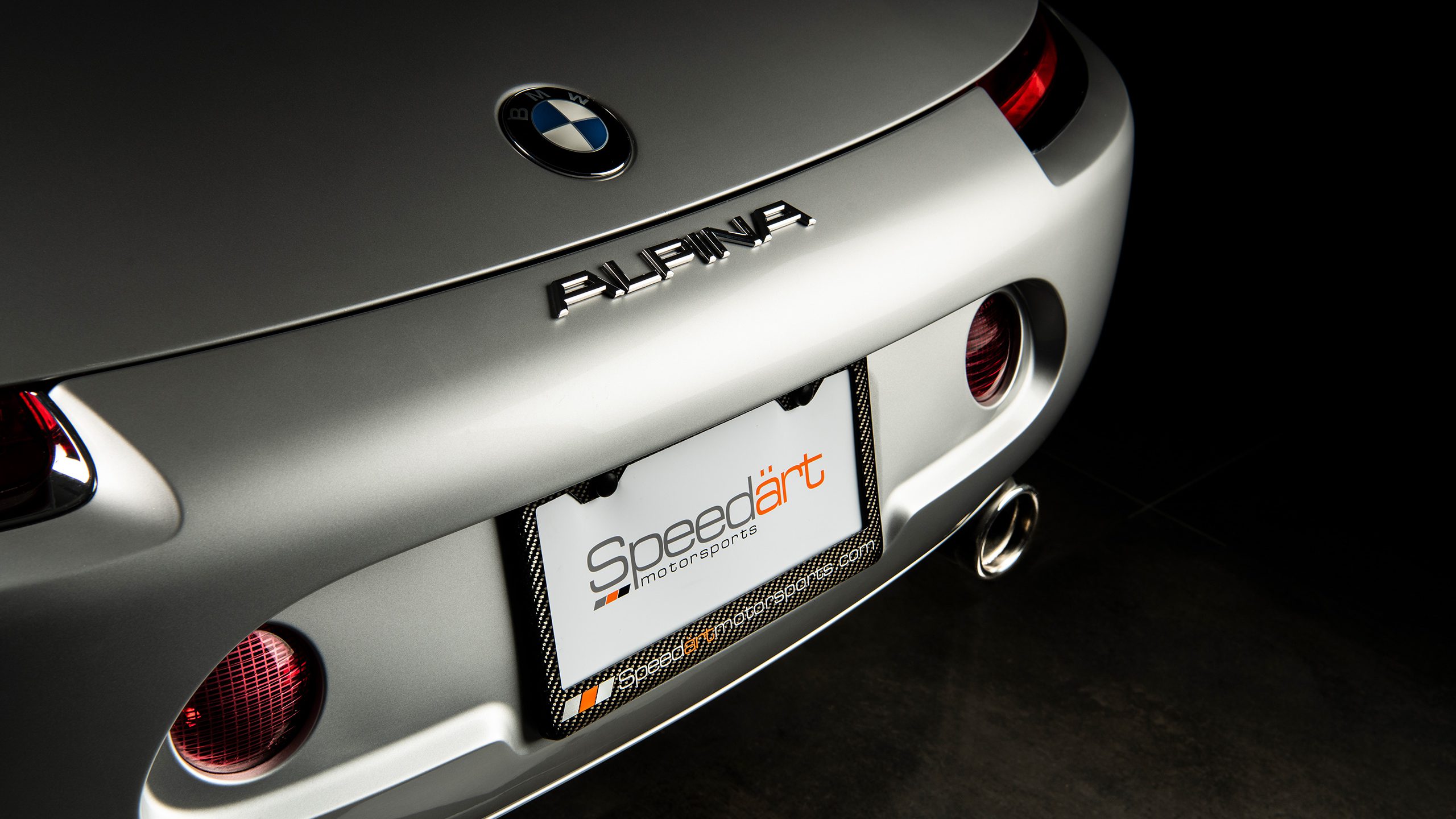 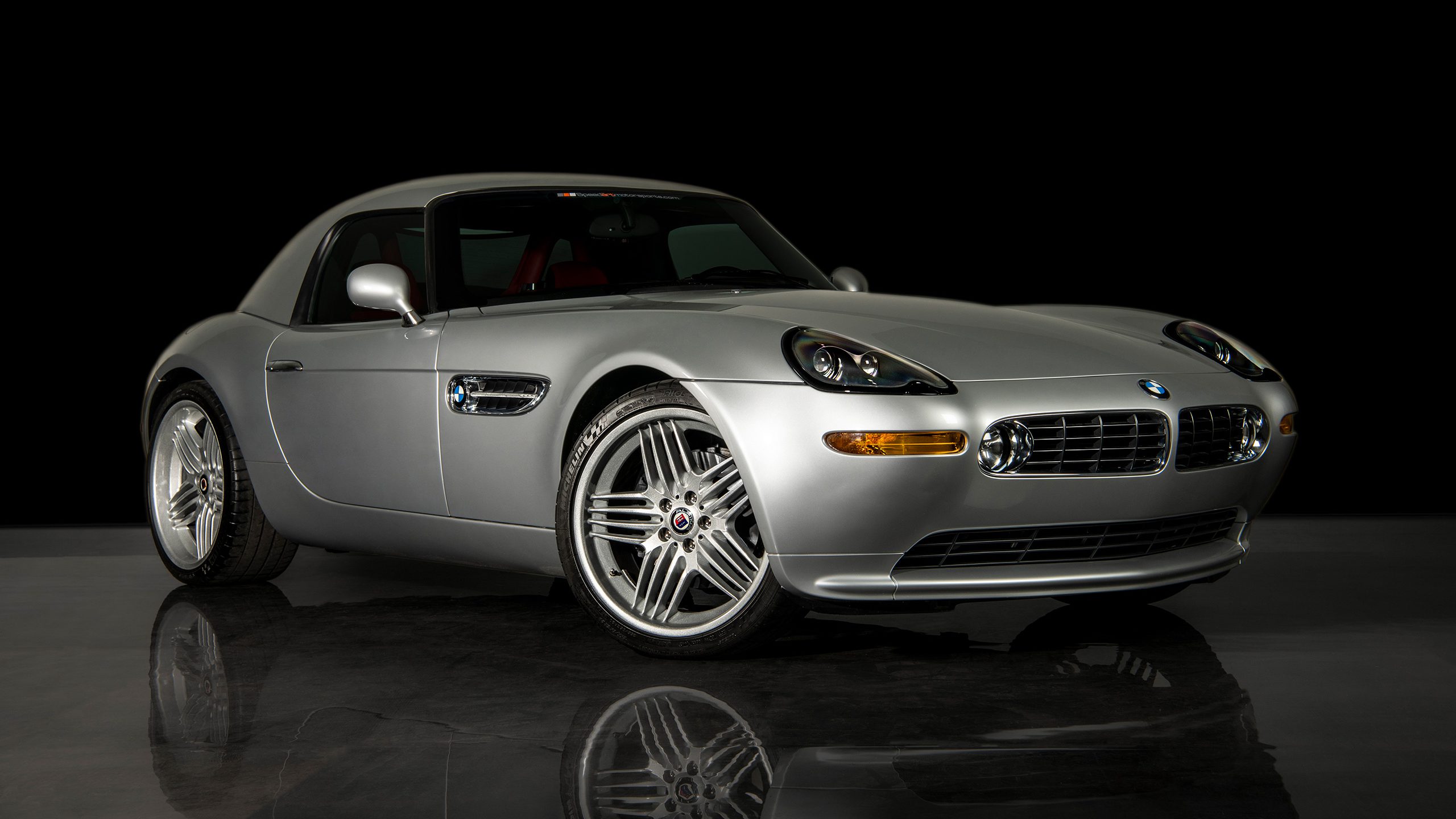 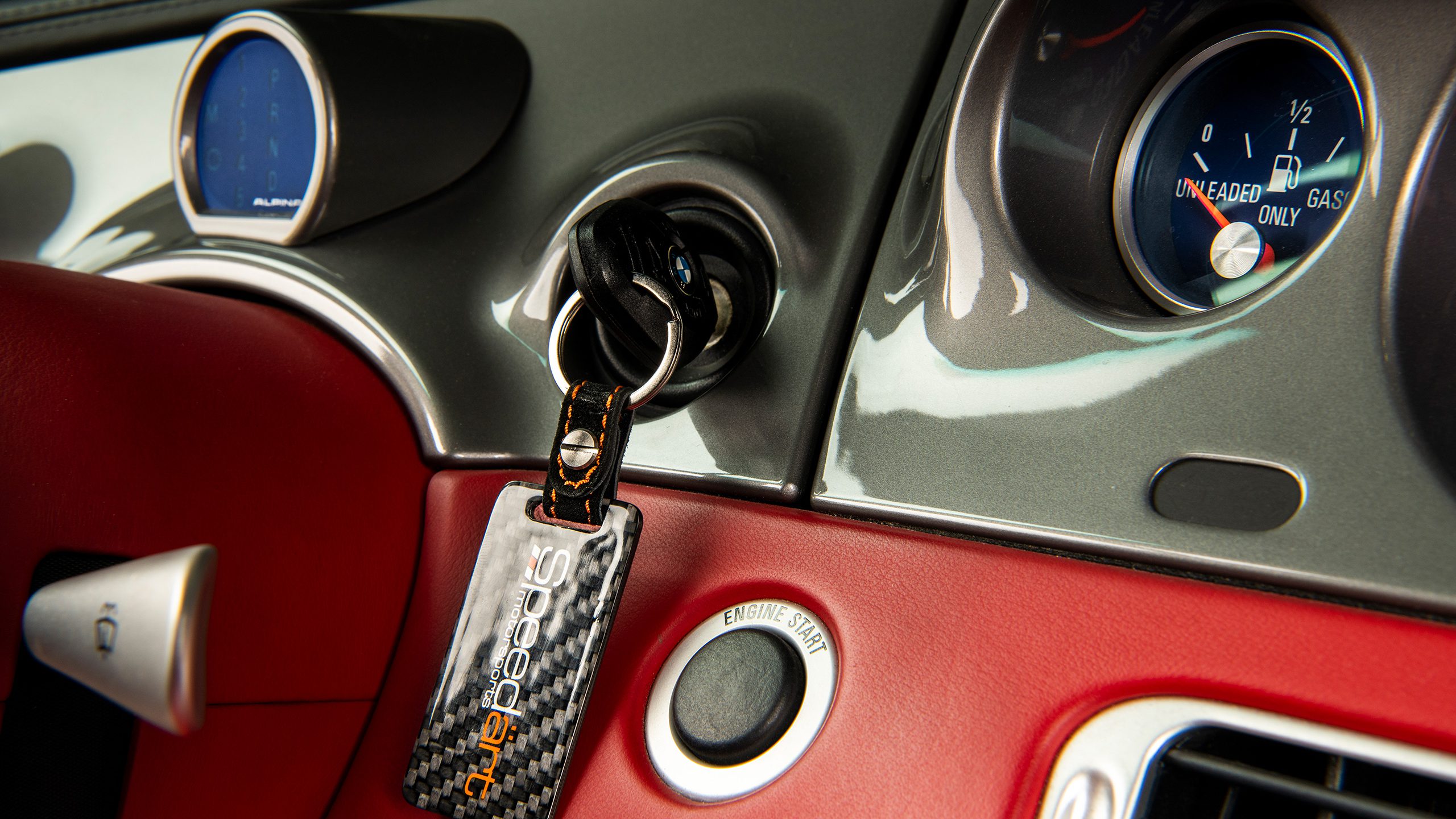 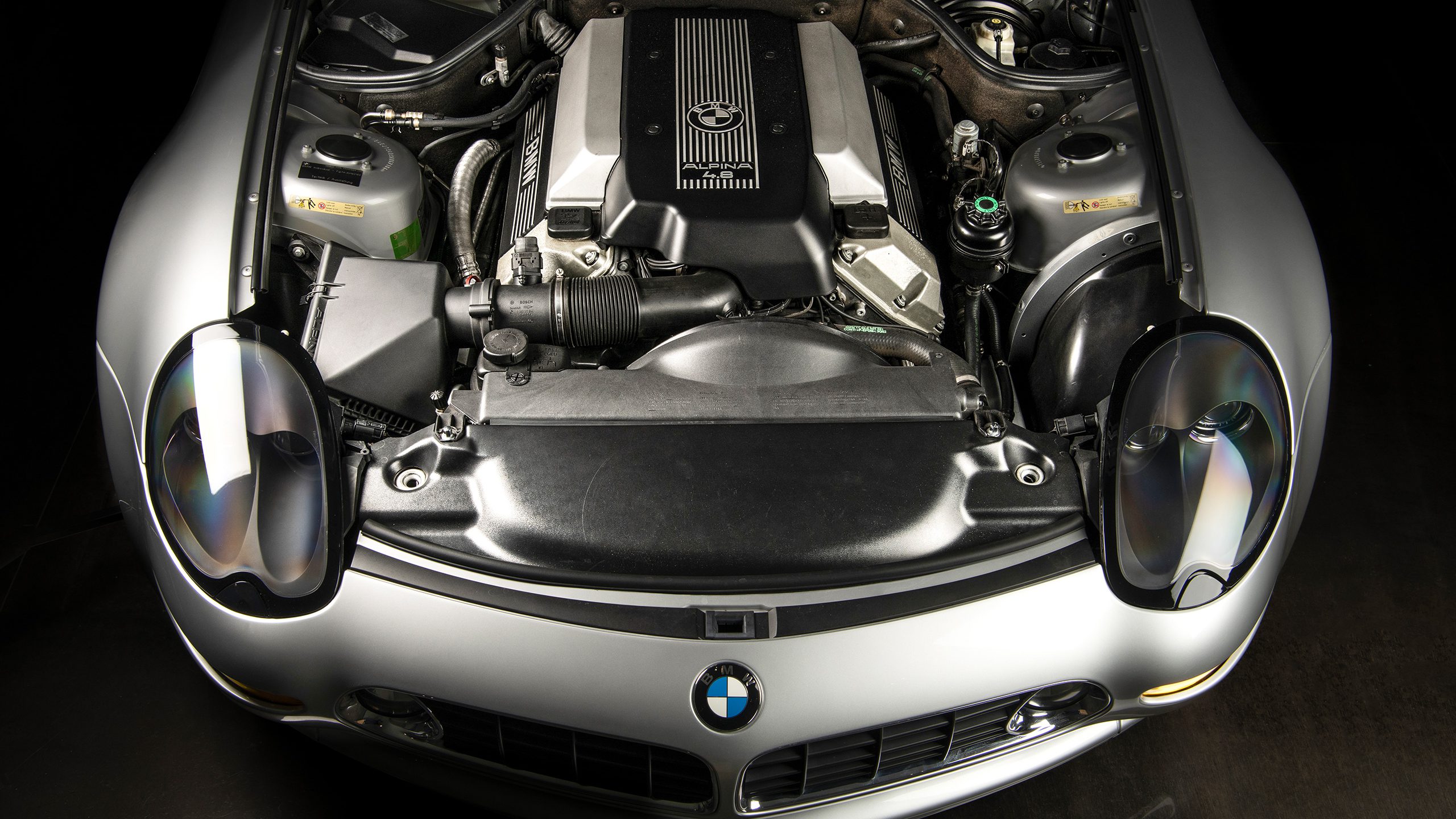 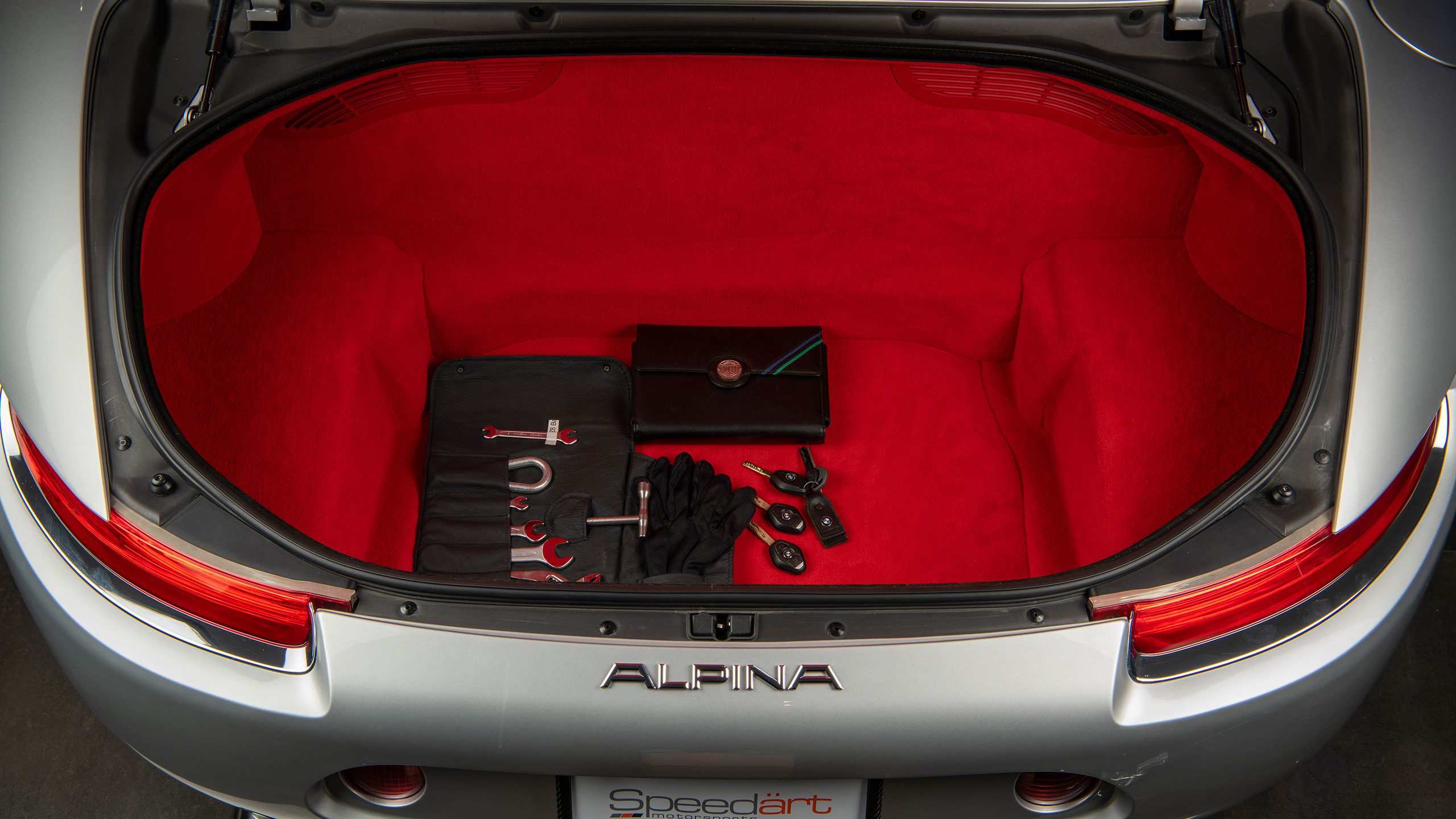 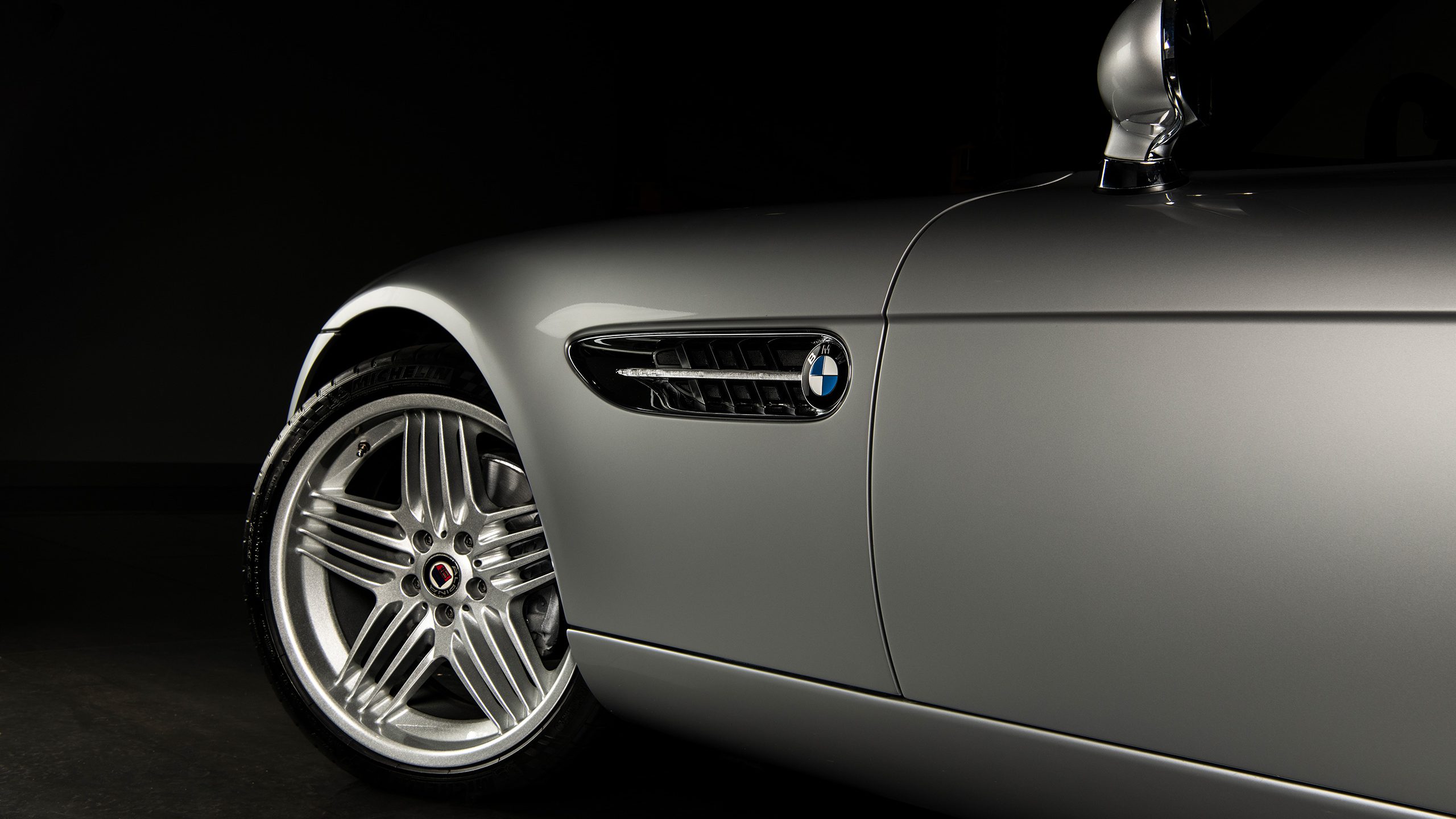 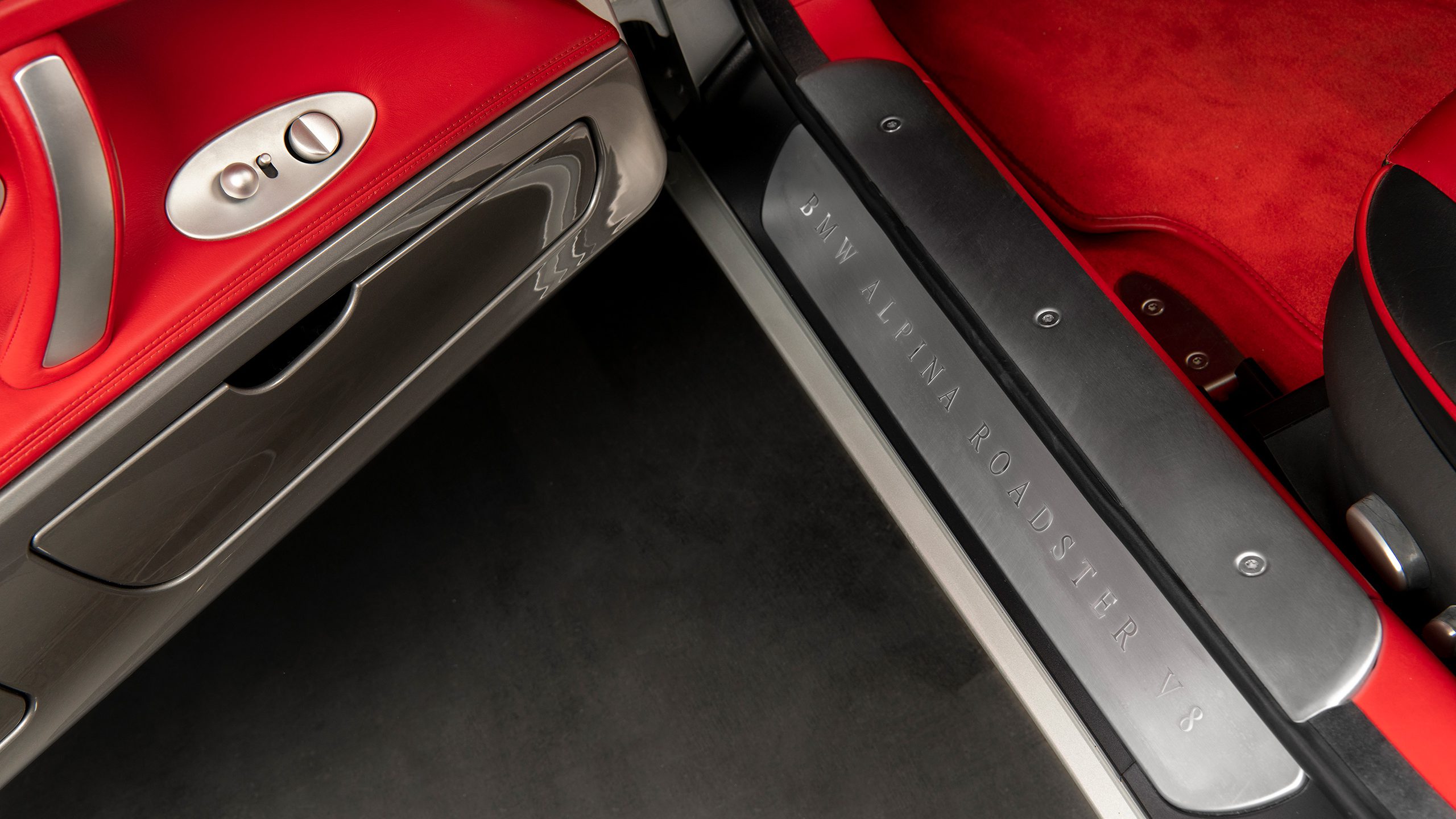 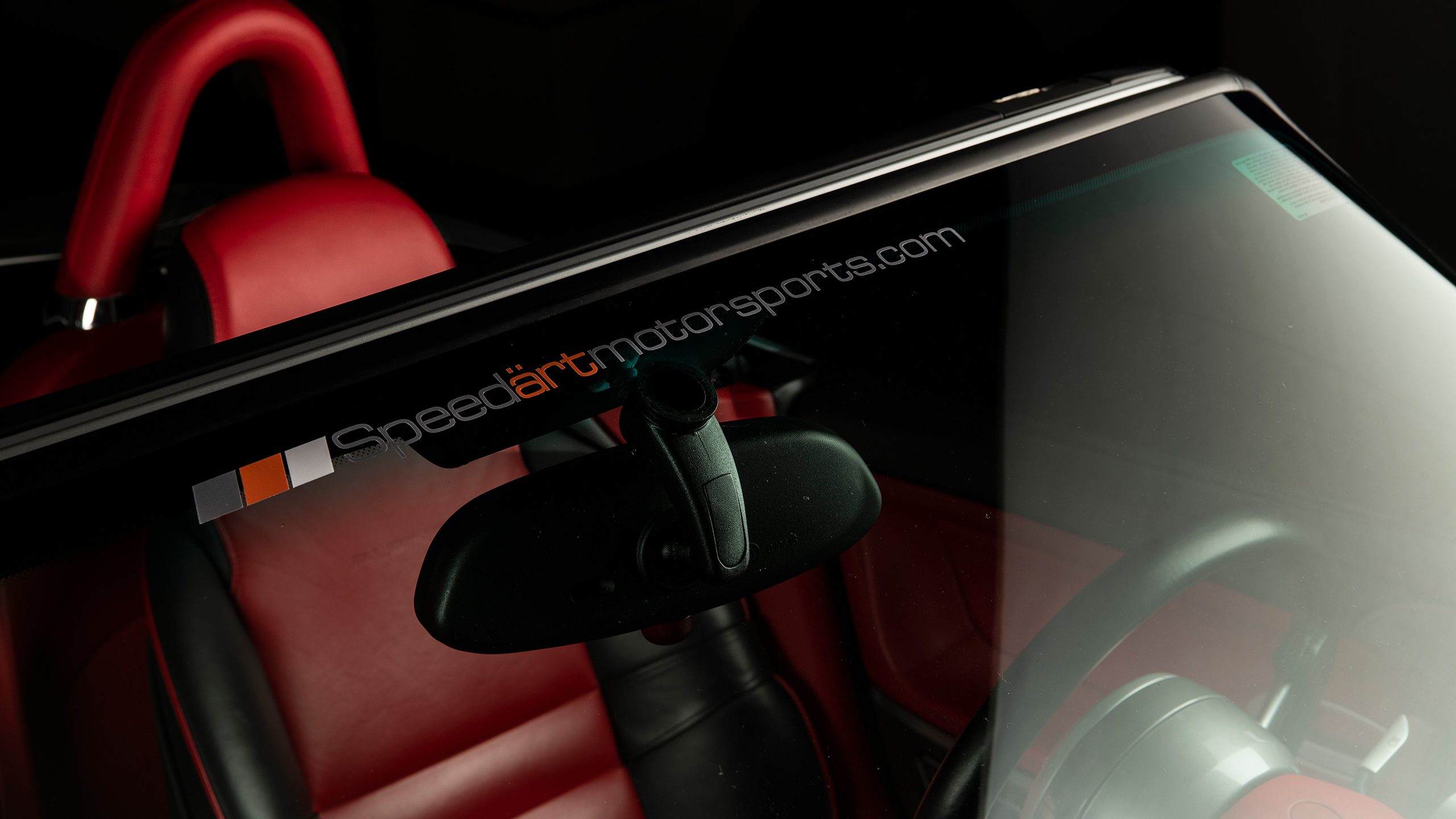 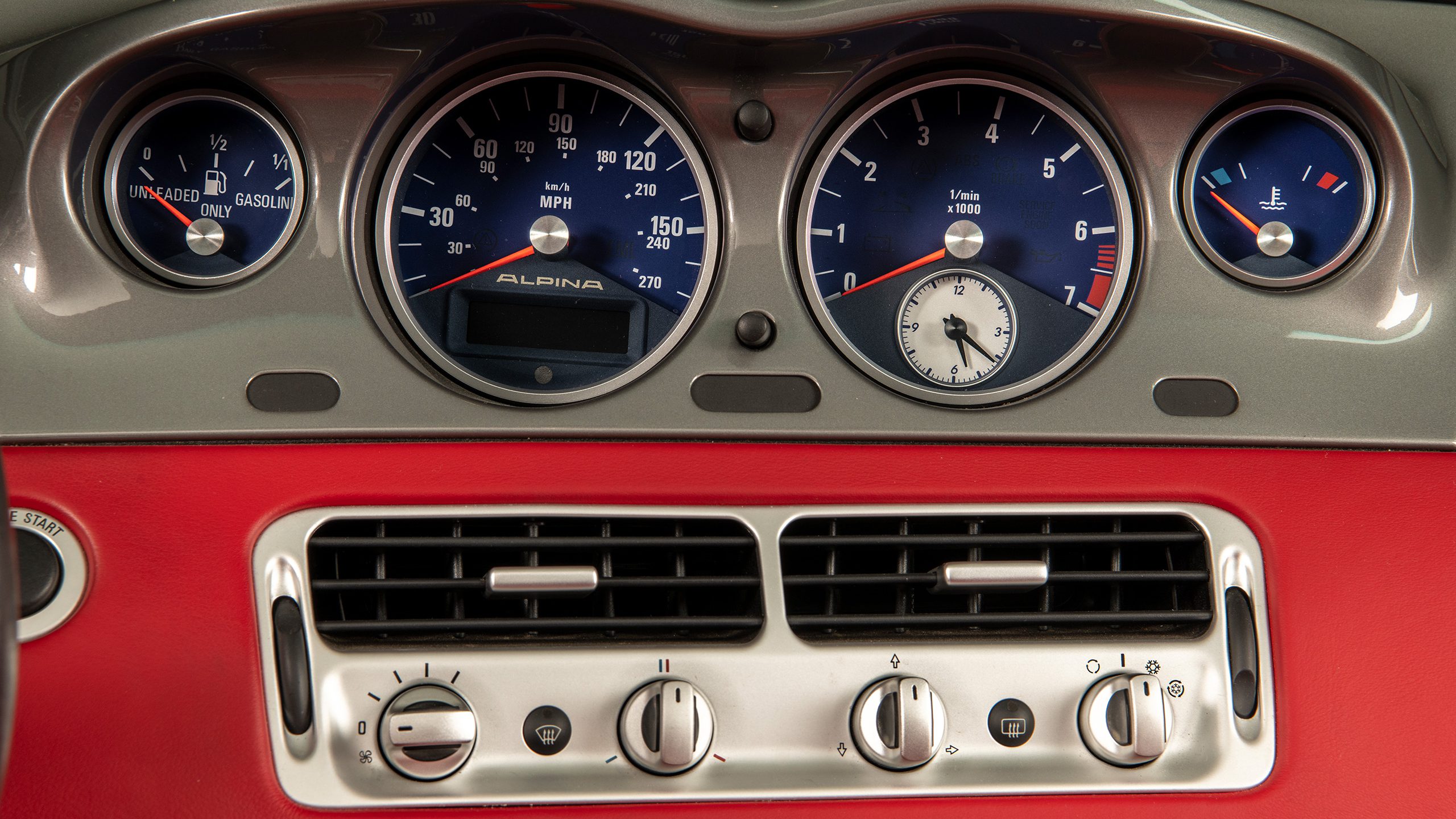 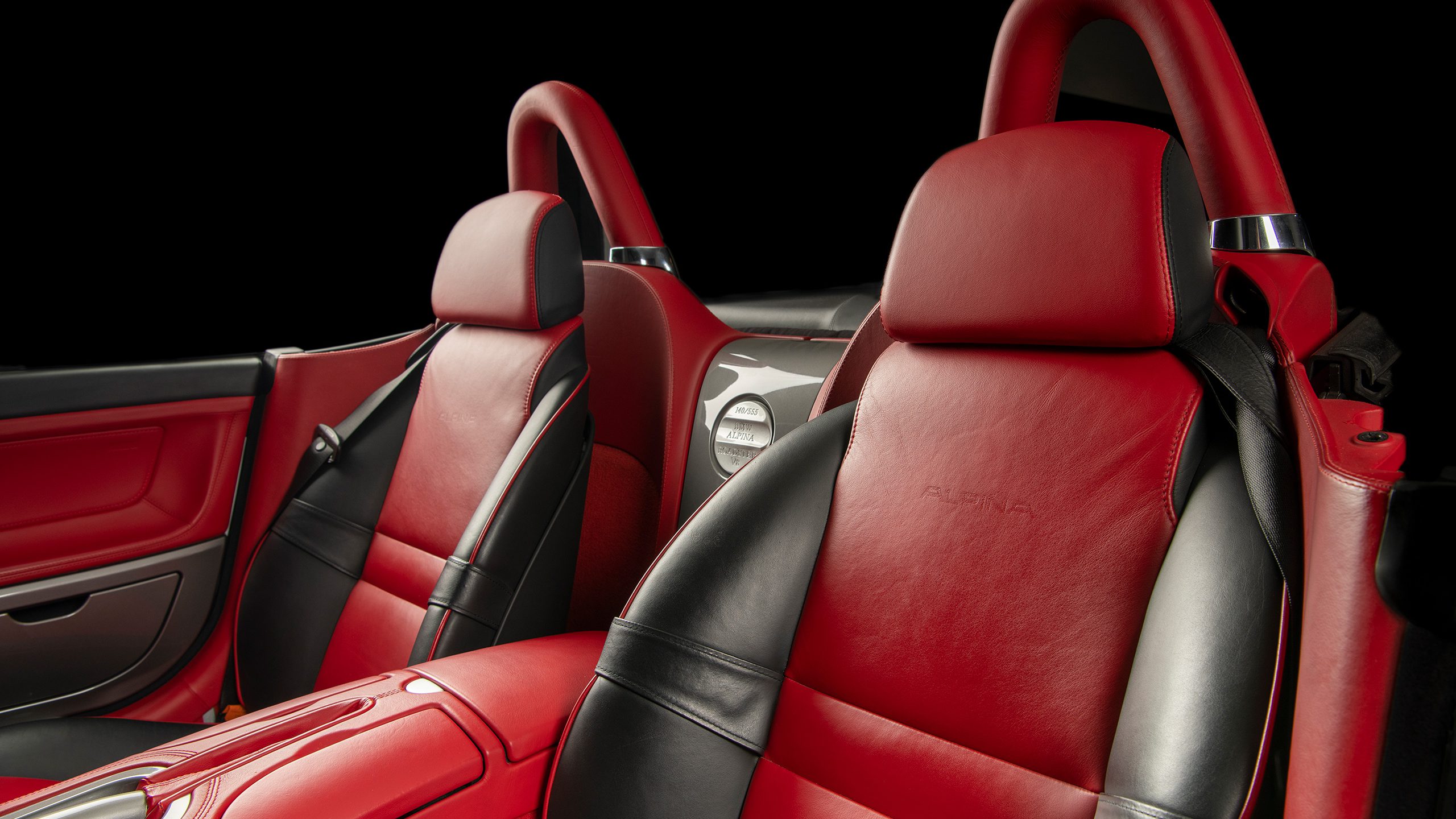 “Relations between Alpina and BMW are up close and personal. In early 2000, Burkard Bovensiepen’s son Andy – a successful racing driver in touring car – gave up a senior engineering job at BMW to join the family firm. His father was comfortable making 800 cars a year, mostly for European customers, but Andy recognized that the cost of the engineering involved in these special models needed to be spread over a larger volume. He wanted to take Alpina to America”.

Burkard Bovensiepen’s Alpina company has for more than 30 years produced the niche models that BMW itself does not want to make. Based in the Bavarian town of Buchloe, an hour or so from BMW’s Munich headquarters, Alpina creates cars for connoisseurs. They are expensive and not necessarily more powerful or faster than standard BMWs, but they do offer combinations not available from the factory: a 305-hp 3-series sedan or wagon, whereas the M3 is only a coupe or convertible; a high-performance four-wheel-drive 3-series; and a 5-series with a 375-hp, 4.8-liter version of the regular BMW V-8 that, unlike in the M5, comes with an automatic transmission.

Relations between Alpina and BMW are up close and personal. Earlier this year, Burkard’s son Andy—a successful racing driver in touring cars—gave up a senior engineering job at BMW to join the family firm. His father was comfortable making 800 cars a year, mostly for European customers, but Andy recognized that the cost of the engineering involved in these special models needed to be spread over a larger volume. He wanted to take Alpina to America.

An Alpina version of the Z8 with an automatic transmission instead of the six-speed manual seemed the ideal “door opener” for the U.S. Such a car was already being developed. Alpina had wanted to install its version of the BMW V-12, but it wouldn’t fit; the engine’s oil sump needed the same space as the rack-and-pinion steering system. The high-revving M5 motor was not suitable for an automatic transmission. But that 4.8-liter V-8 from the 5-series Alpina B10 V-8 S, with its attendant Alpina-specified five-speed ZF automatic, would fit right in.

And so the BMW Alpina Roadster V-8 was born. BMW of North America liked the idea and ordered 450 cars to be sold through its regular dealer network when the supply of Z8s came to an end the spring of 2003. (Production of the regular Z8 for the U.S. market ended on November of the previous year). So the Alpina roadster became the final run of Z8s. Only 555 of the Alpinas were built for worldwide consumption.

Production was a joint effort. The aluminum body structure, slightly modified to accommodate the automatic gearbox, was made by BMW at Dingolfing, alongside the body for der neue Rolls-Royce. The engines are built in Buchloe (they have special pistons, rods, and ports that are polished and matched by hand) and join up with the transmission and body for final assembly in a dedicated shop in BMW’s Munich facility. Then the almost-complete cars go back to Buchloe to be fitted with Alpina’s special features and checked and approved for delivery.

Powertrain aside, Alpina makes few modifications to the Z8. “We regard it as a design masterpiece that should not be touched,” said Andy Bovensiepen, adding that, unlike Alpina’s other cars, top speed in the roadster is governed because the lack of spoilers and other aerodynamic aids means it might feel unstable beyond 160 mph.

Alpina motifs do appear inside. There is a numbered plaque between the seats where the Z8 symbol used to live, Alpina stitching on the soft leather seats, and blue-face dials for the centrally placed instruments. An extra display in a cowl directly in front of the driver shows the gear position; in addition to the console selector, manual changes can be made by pressing buttons behind the steering-wheel rim. Alpina calls the system Switch-tronic, and it requires a specially adapted version of the Z8’s wire-spoke steering wheel.

The other identifying feature is the 20-inch wheels wearing ultra-low-profile Michelins. The Alpina’s suspension uses softer shocks than the Z8’s (the springs are unchanged), and it achieves remarkable ride comfort. The company’s idea is to provide high performance in a more relaxed way than the M-cars—or the Z8.

Higher torque at lower revs not only suits the automatic gearbox but also gives the roadster effortless “stoplight” acceleration—which is not much slower than the manual Z8. Alpina claims 0 to 60 mph in 5.0 seconds.

In fact, Car and Driver who regards the Z8 more as a design icon than a serious sports car, reckon the Alpina Roadster V-8, with its easygoing power delivery and automatic transmission, is what this car should have been all along.

Speedart Motorsports is delighted to offer this unique opportunity for your consideration.

Chasis 2184 rolled off the Dingolfing plant on December of 2002 and delivered to the house of Alpina in the Bavarian town of Buchloe for final assembly on the same week.

Two months later, the first owner took delivery of this magnificent roadster in Knoxville, Tennessee. During the first owner’s brief 15 months tenure with the car, the Alpina covered nearly half of its overall miles. The car then ventured west to San Francisco, where it was acquired by its second owner. Serviced regularly and used sparingly over the past 11 years, the car covered just over 8,000 miles with the proud owner showing the roadster occasionally, including several appearances at the La Jolla Concours d’Elegance.

The motorcar was consigned with Bonhams during the prestigious Arizona Auction held at The Westin Kierland Resort & Spa. On January 28, 2016 the hammer fell at $253,000 (including premiums) with fewer than 17,000 miles at the time of the live auction.

The new custodian of the Roadster kept the automobile enclosed in the Village of Key Biscayne in South Florida and while clocking just 130 miles around the island for the next 3 years he subsequently sold it to the fourth and last owner, one of the most prominent classic car collectors in Miami, as part of his significant repertoire of historic motorcars.

Having covered such low miles since new, this two-seater remains in excellent condition. The Titanium Silver Metallic paintwork, complimented by the unmistakable 20-inch Alpina multispoke wheels, is in excellent condition and accentuates the sleek BMW 507-inspired bodywork. The interior, swathed in Black and Red Nappa leather, is in similarly great condition with no discernible wear. The Alpina-tuned V8 engine runs admirably and the Steptronic automatic transmission shifts without incident. This rare German Roadster is ready to be driven and enjoyed by its next owner. The sale of the Alpina is accompanied by the original books, all spare keys, tool kit, and the matching factory hardtop and dedicated stand.

Speedart Motorsports invites all serious inquiries and interested parties to witness up-close and personal this instant classic in our motoring gallery, located near the design district of Miami.