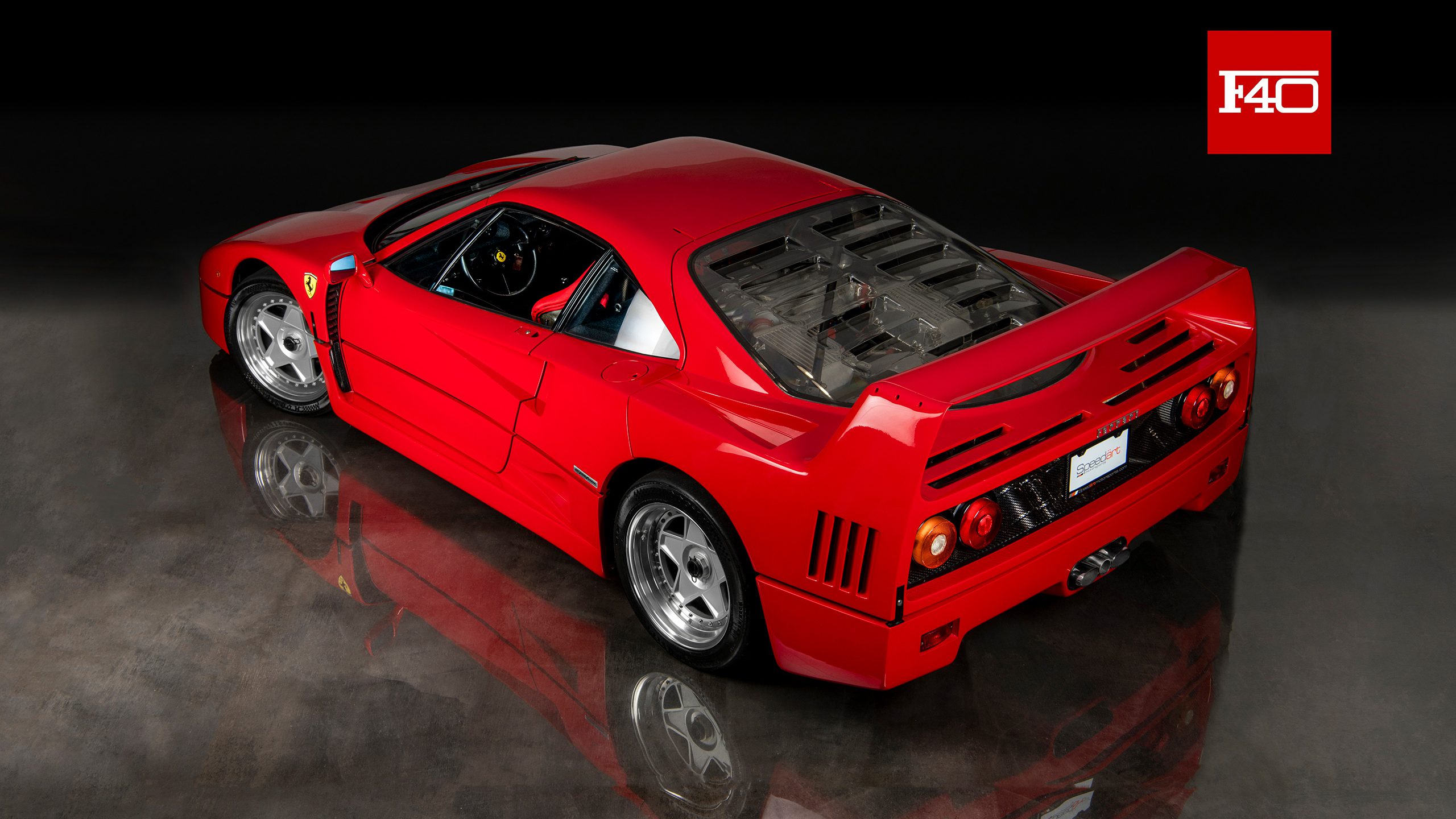 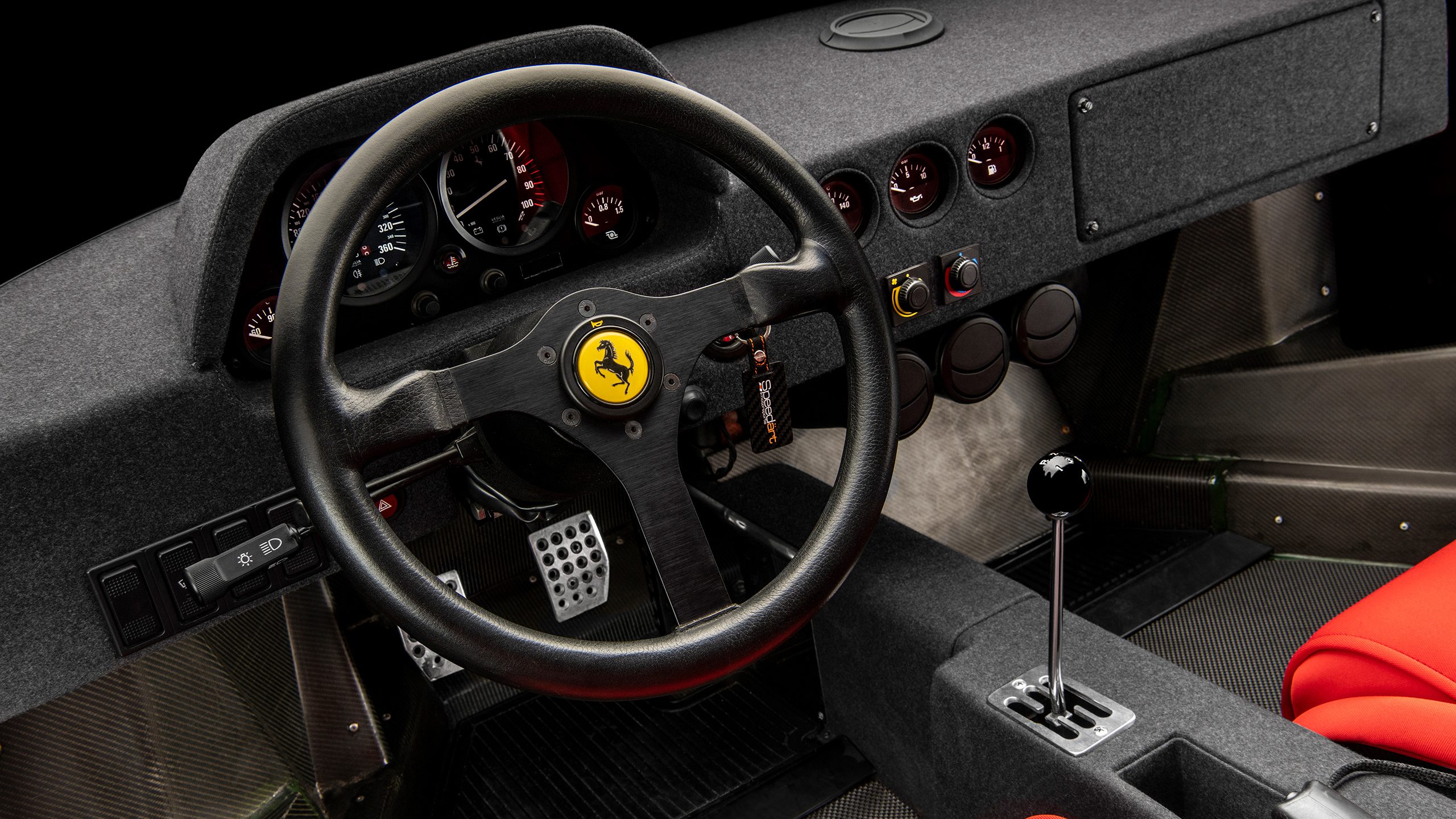 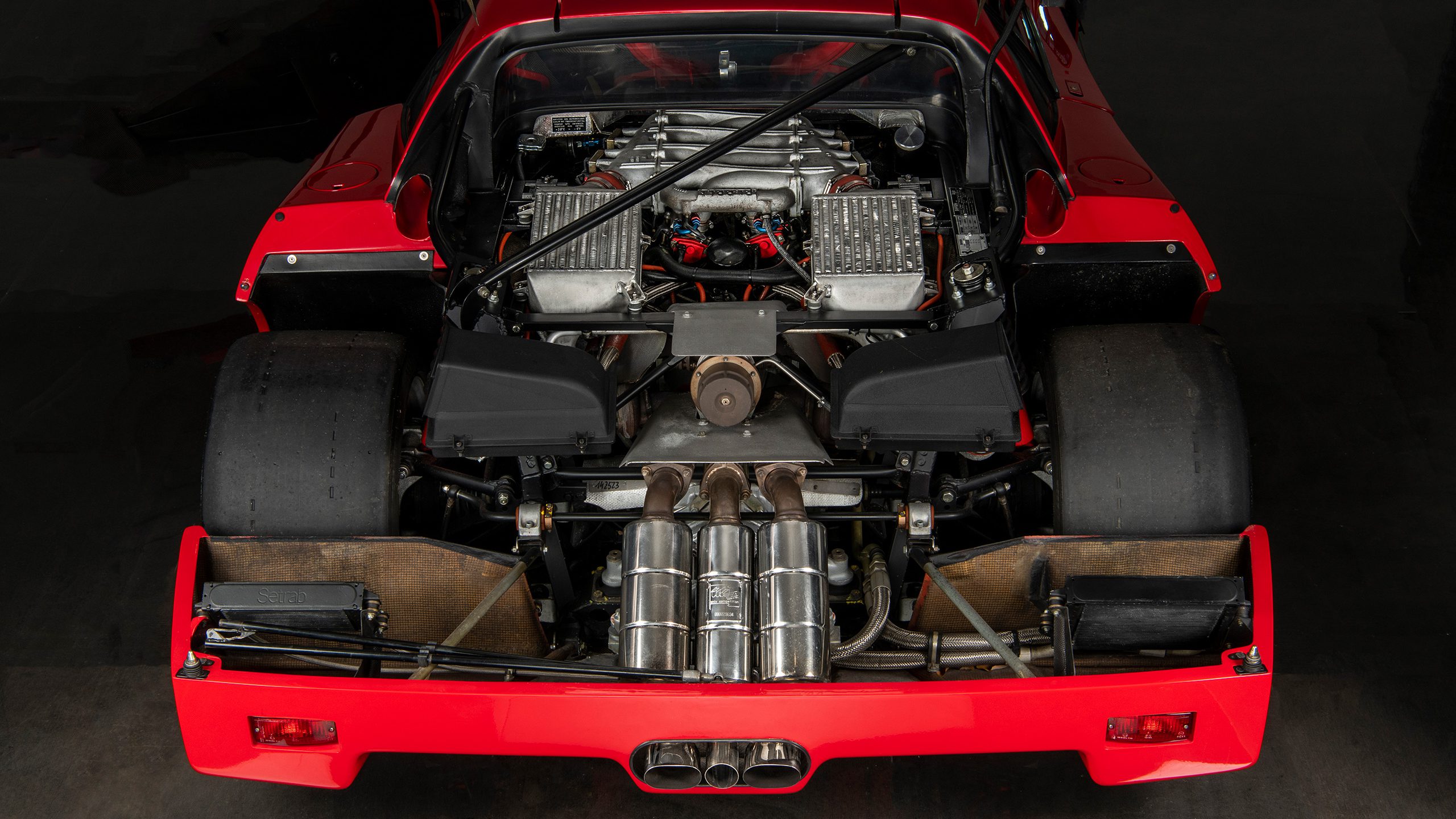 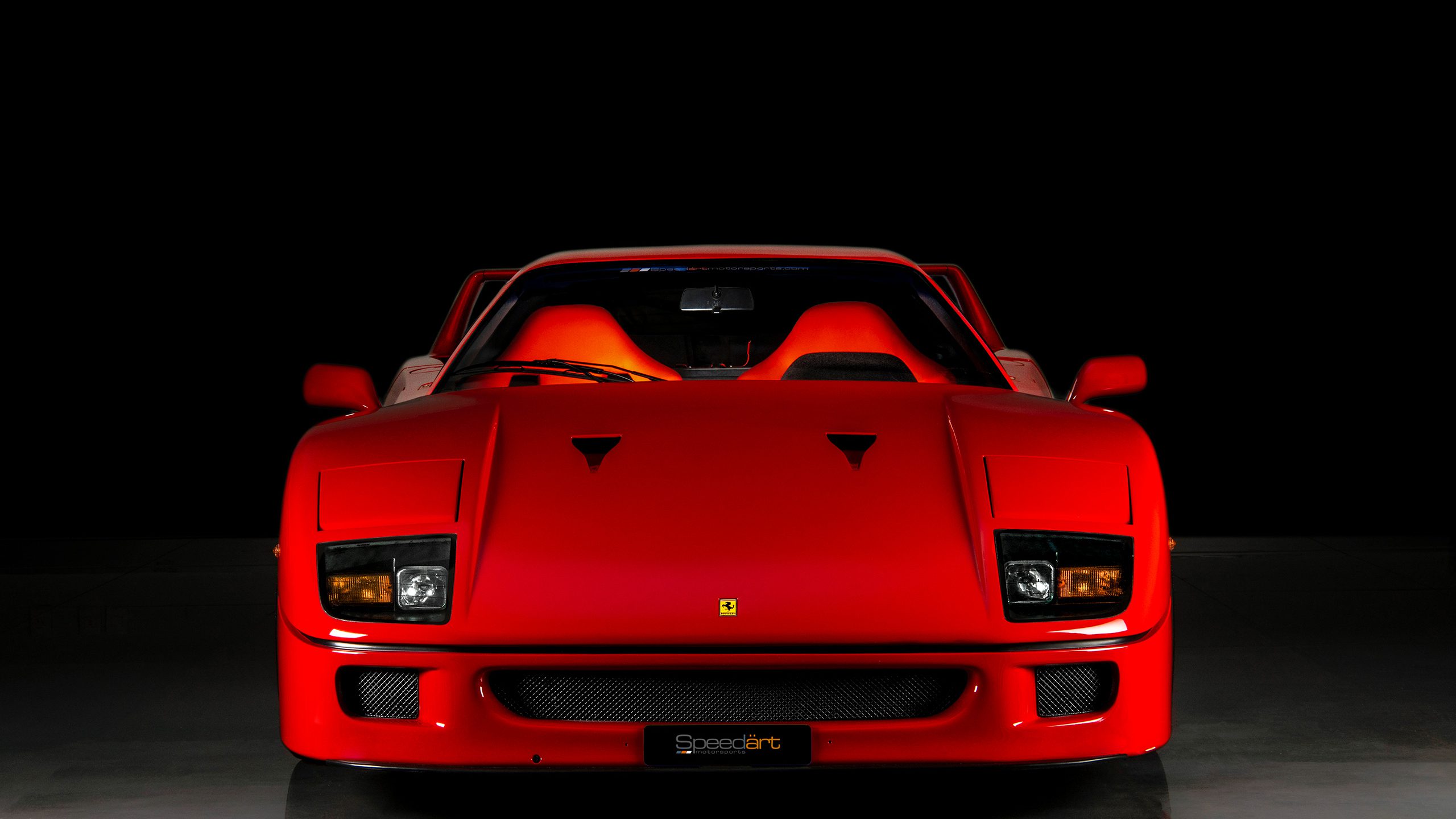 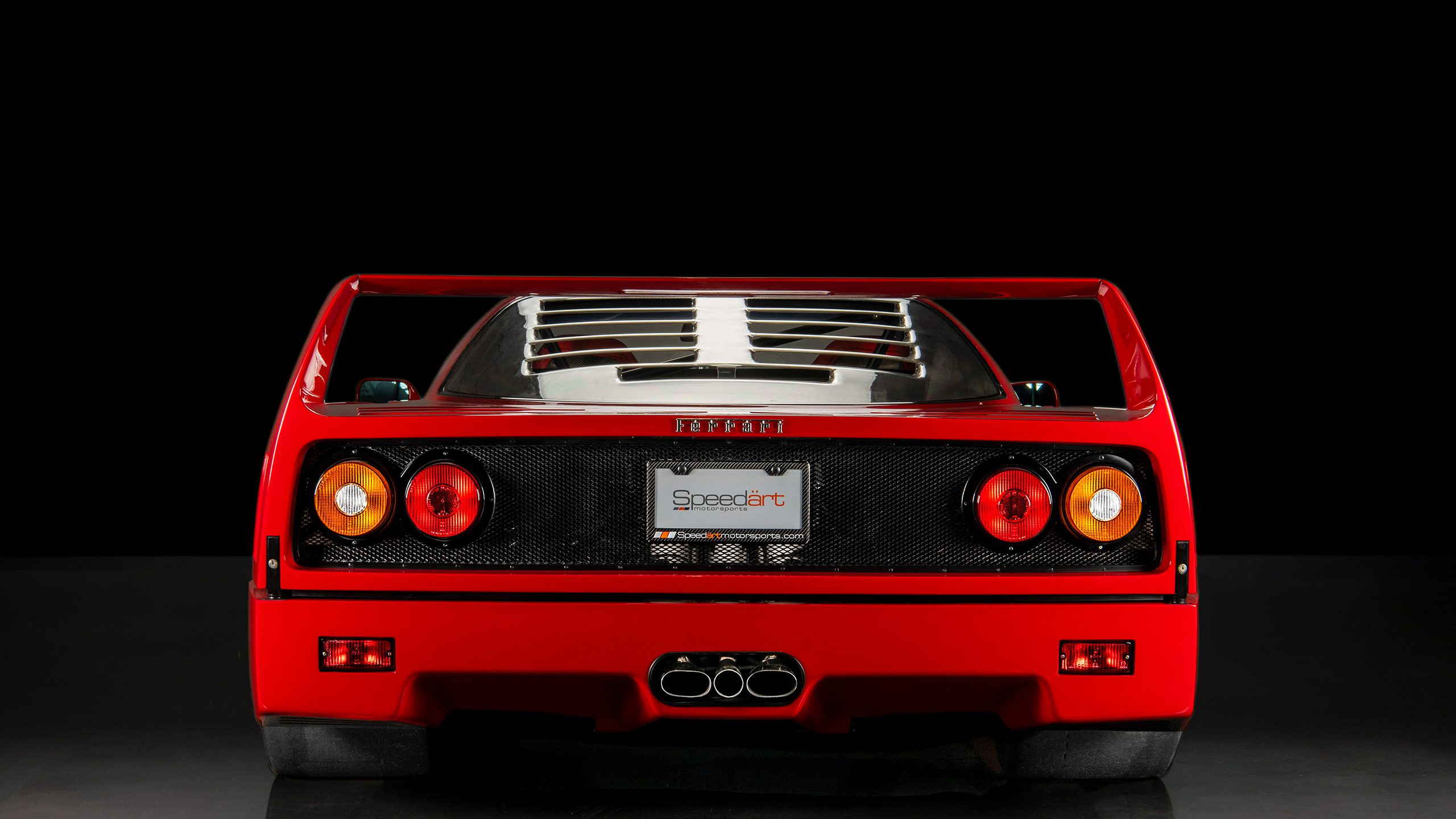 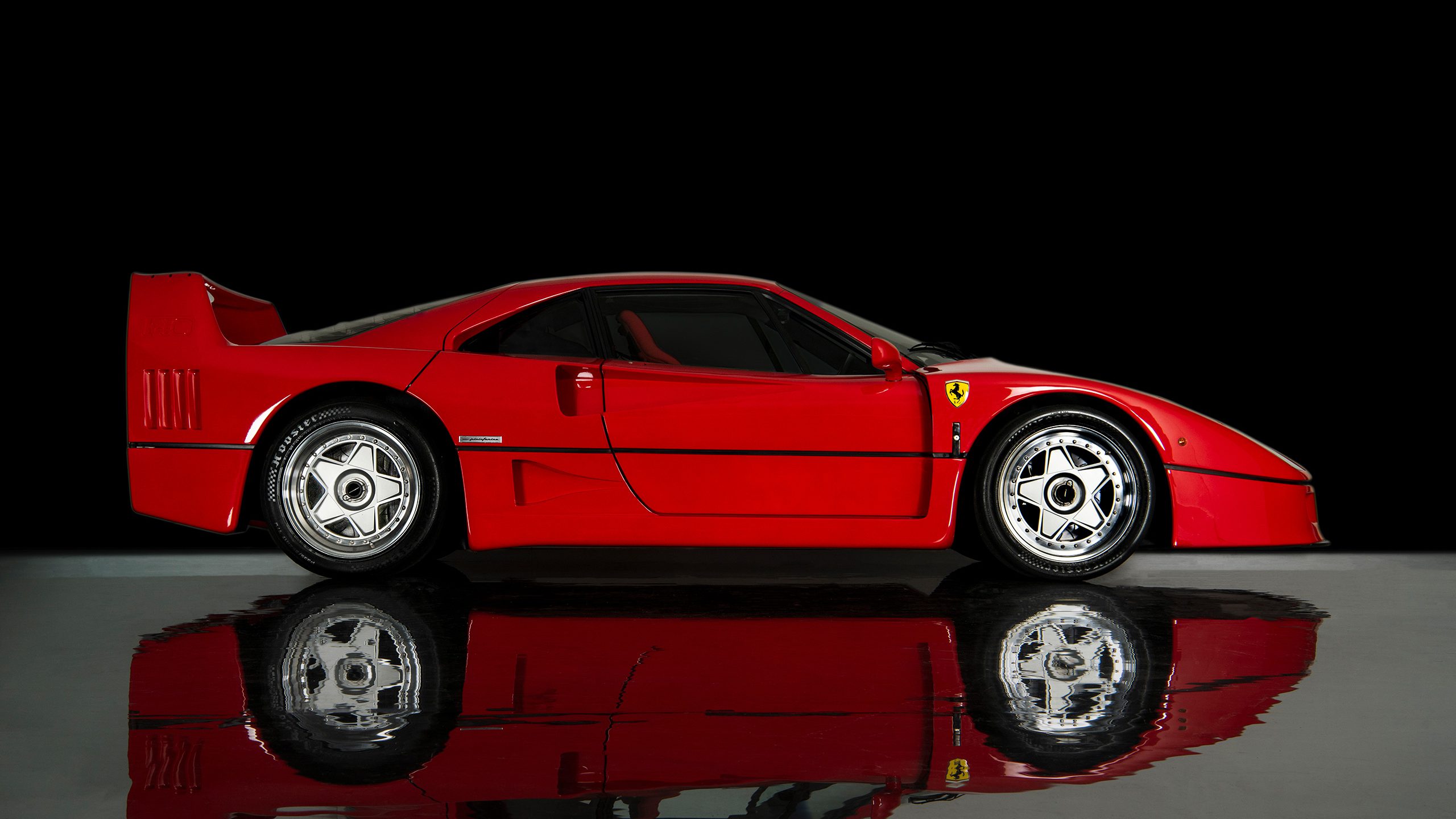 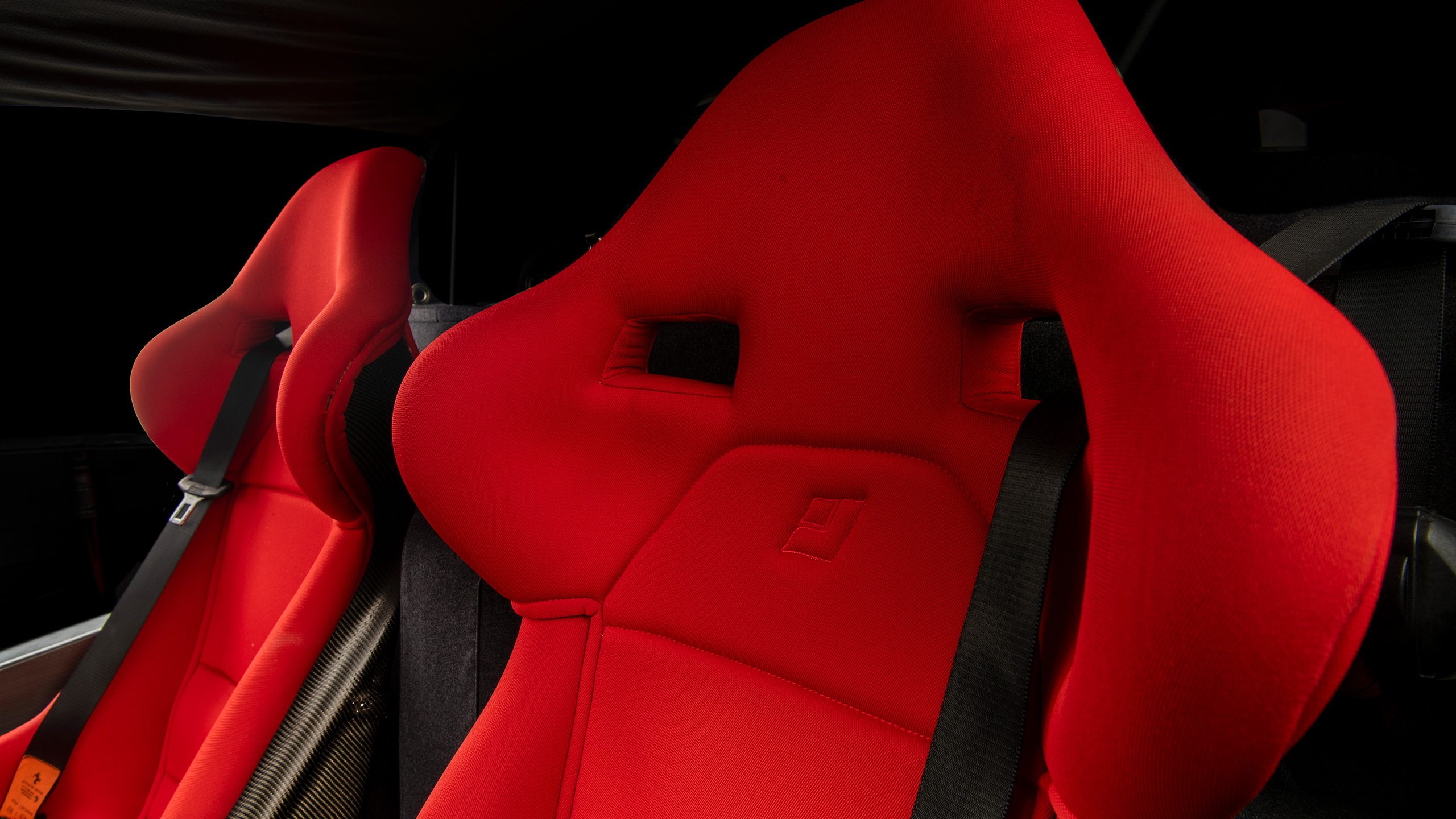 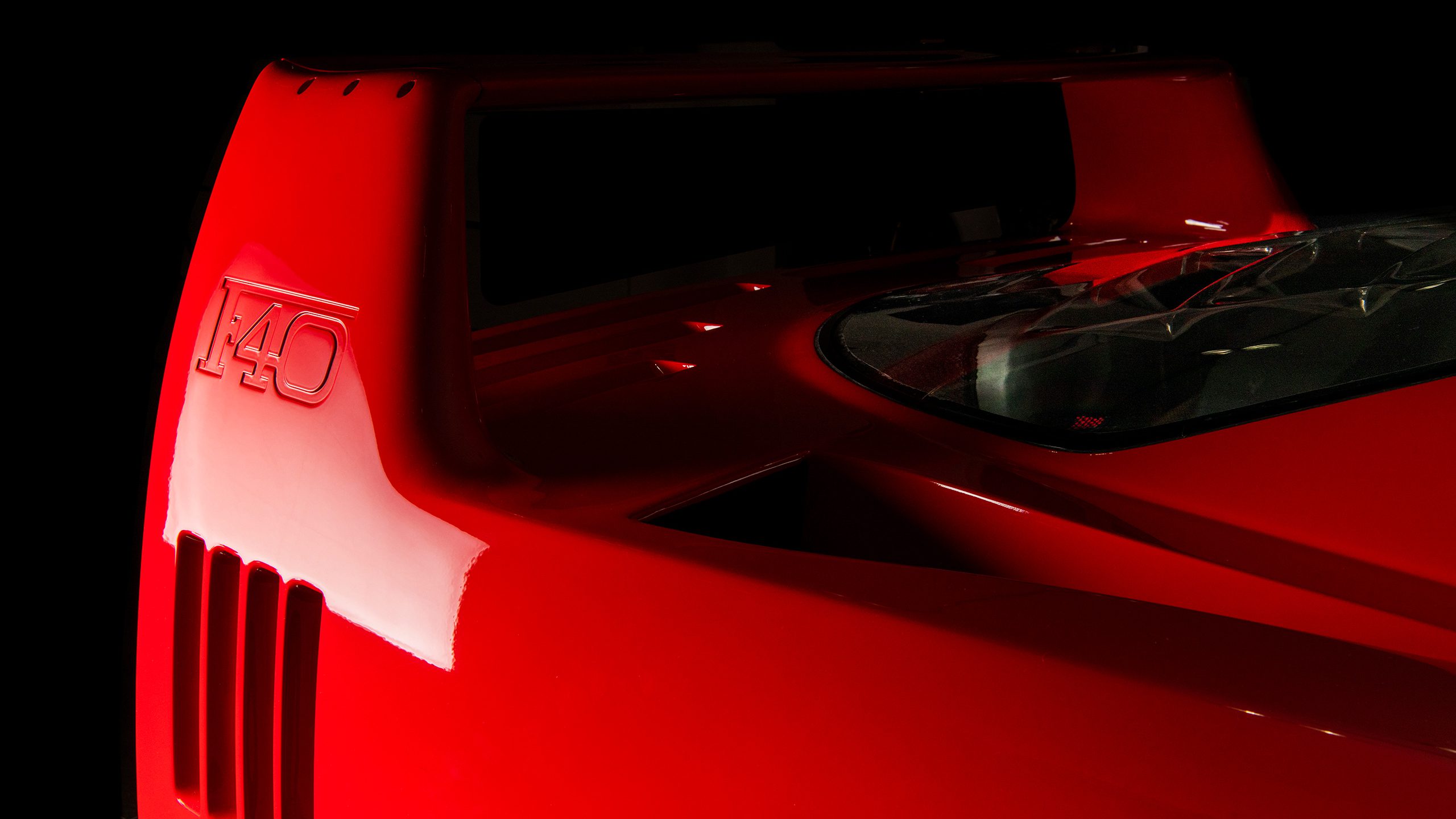 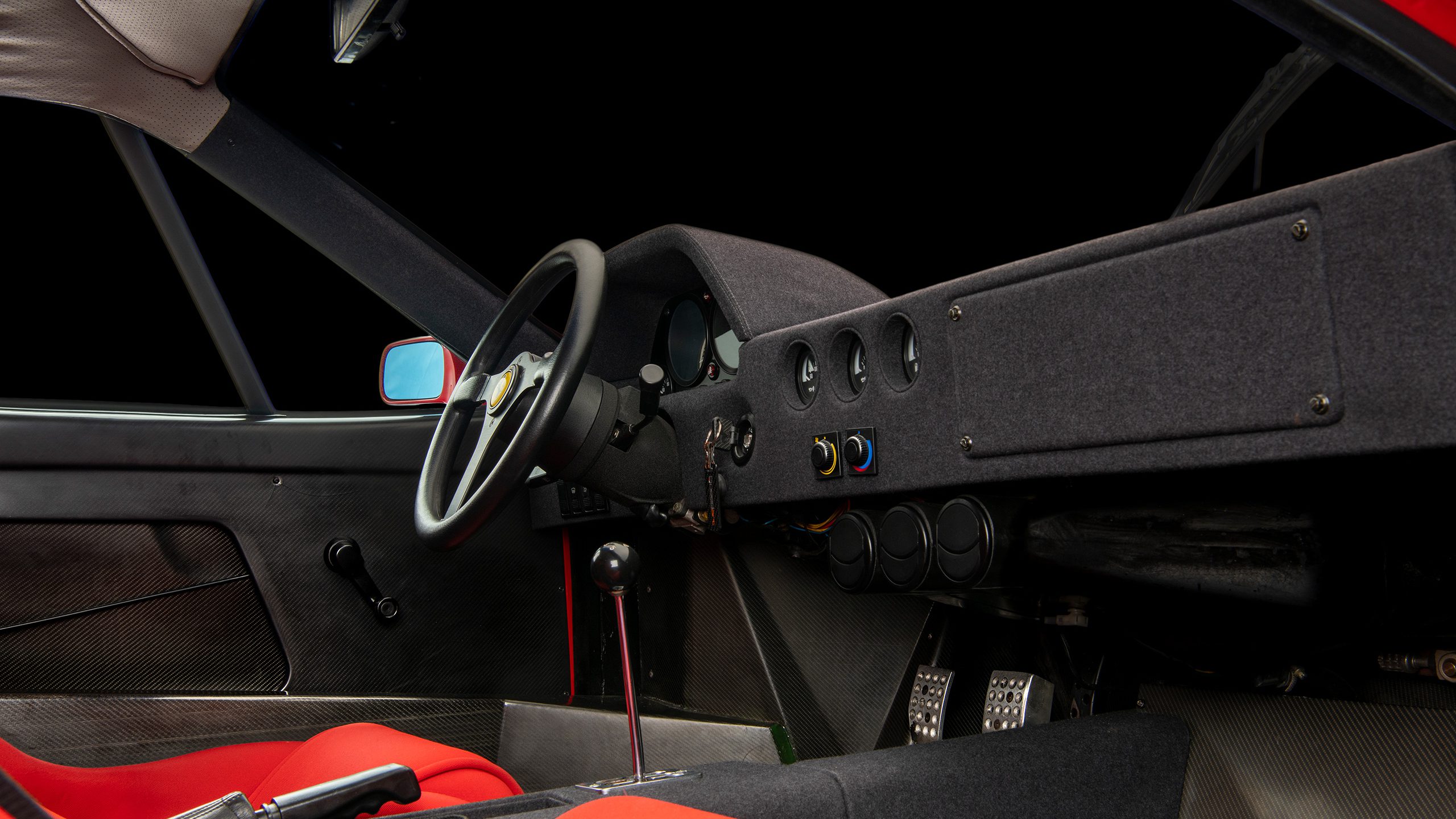 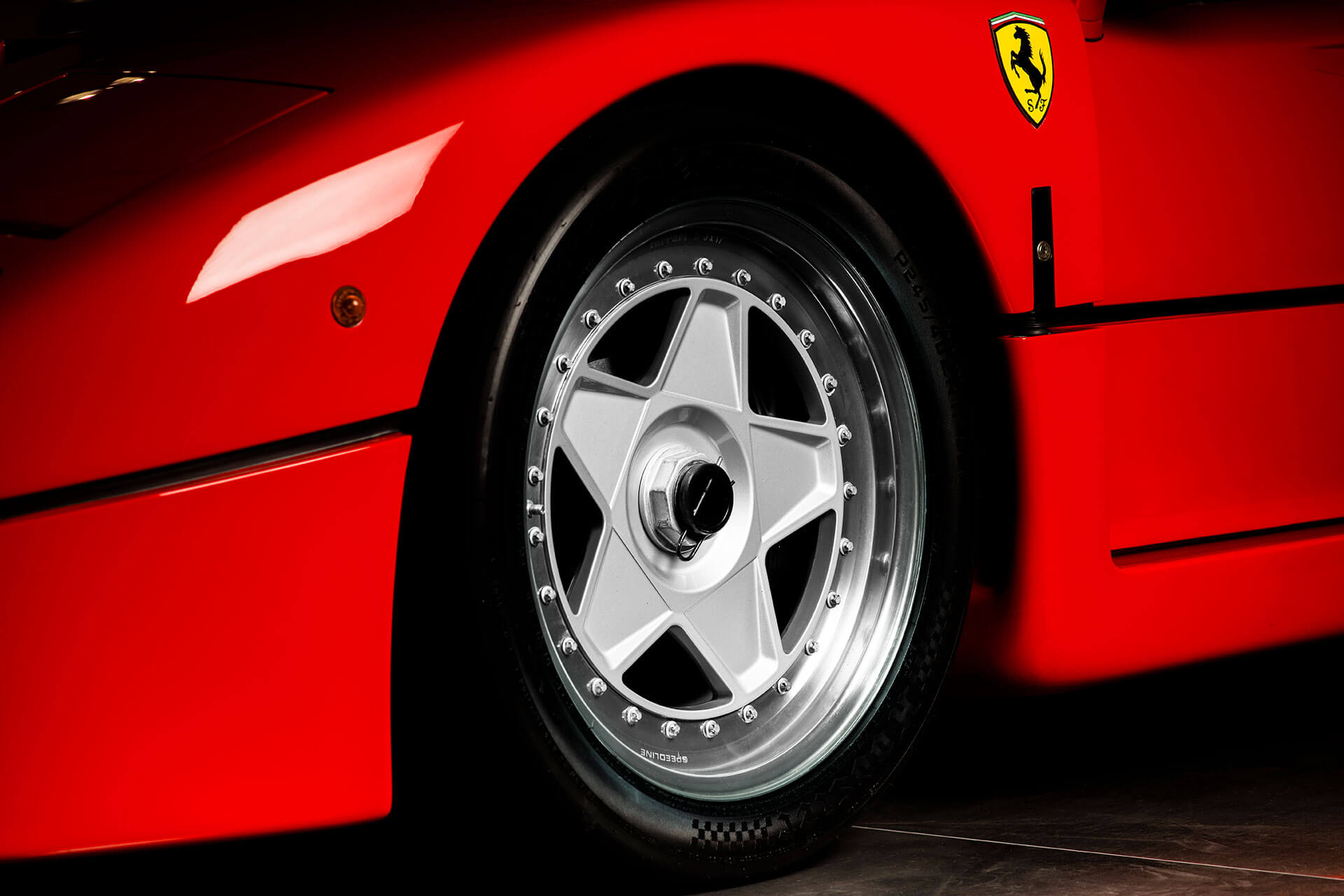 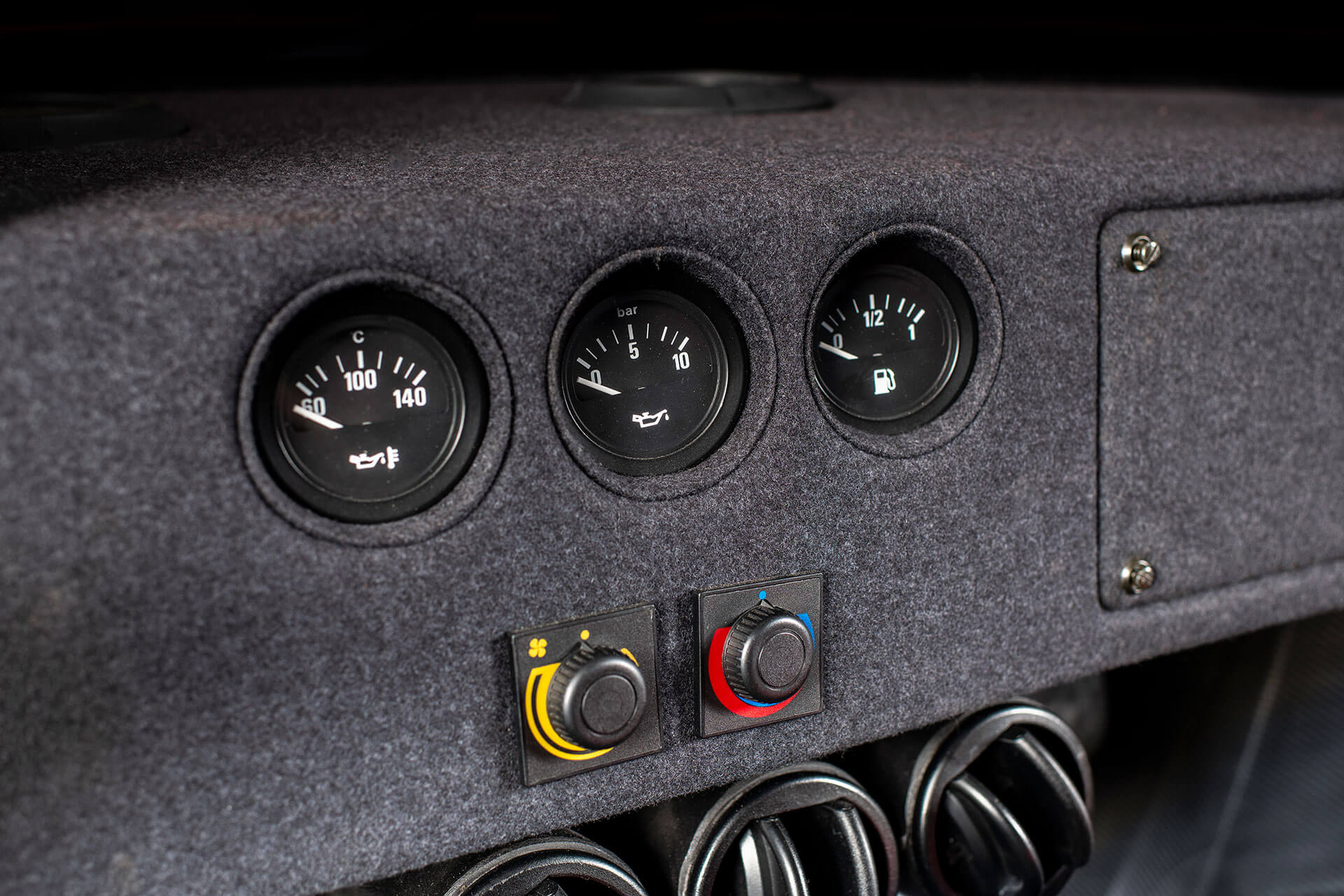 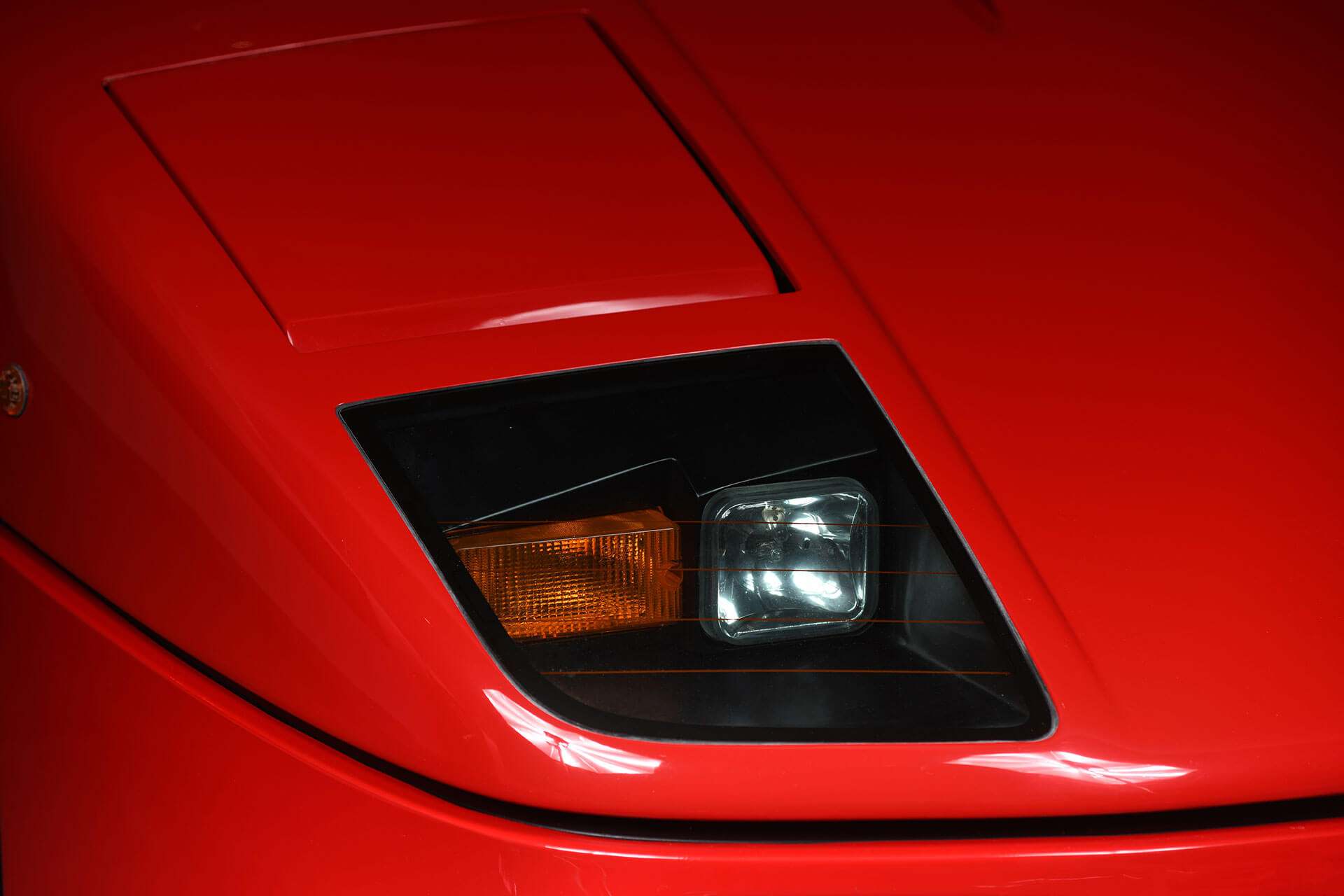 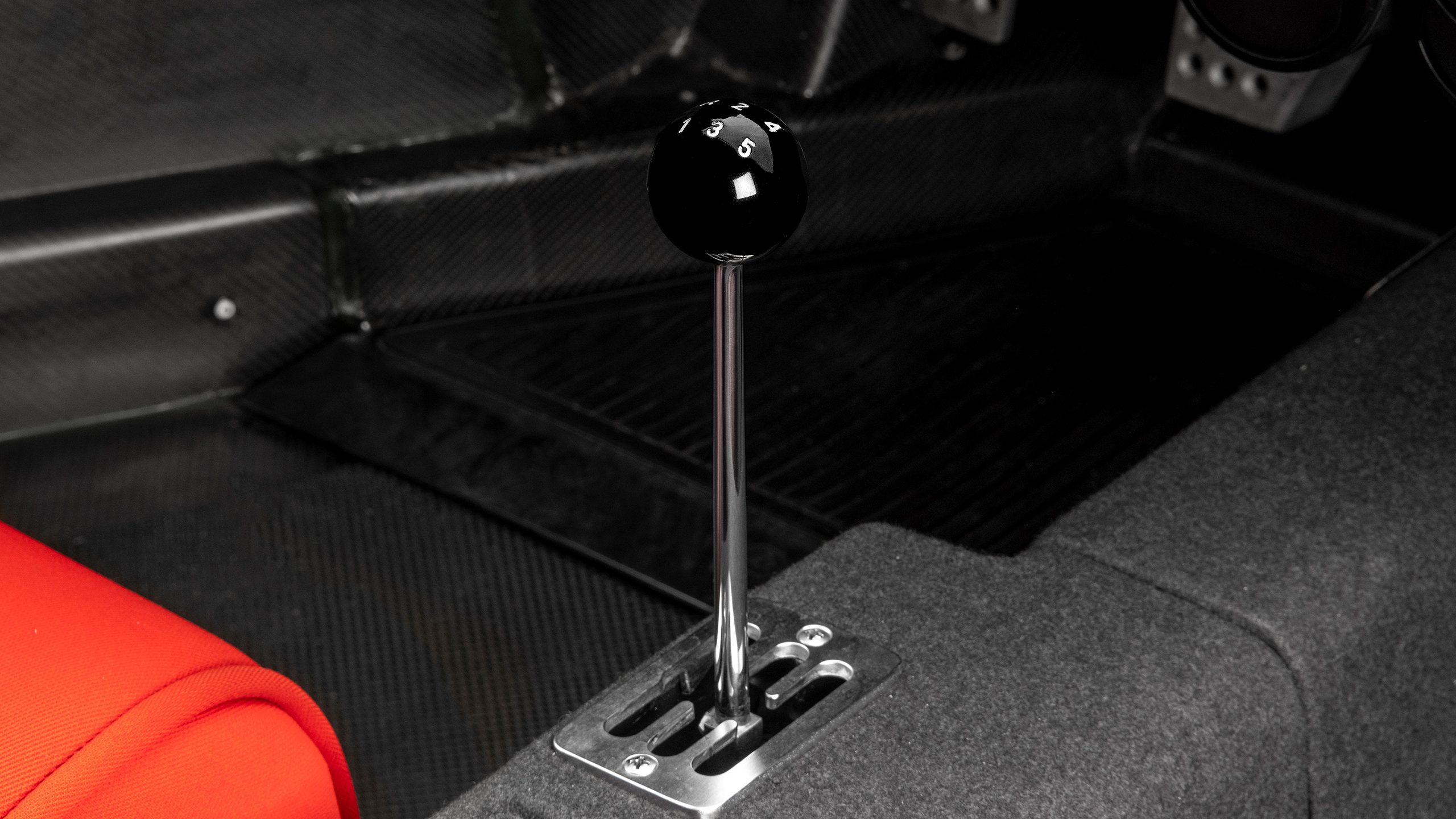 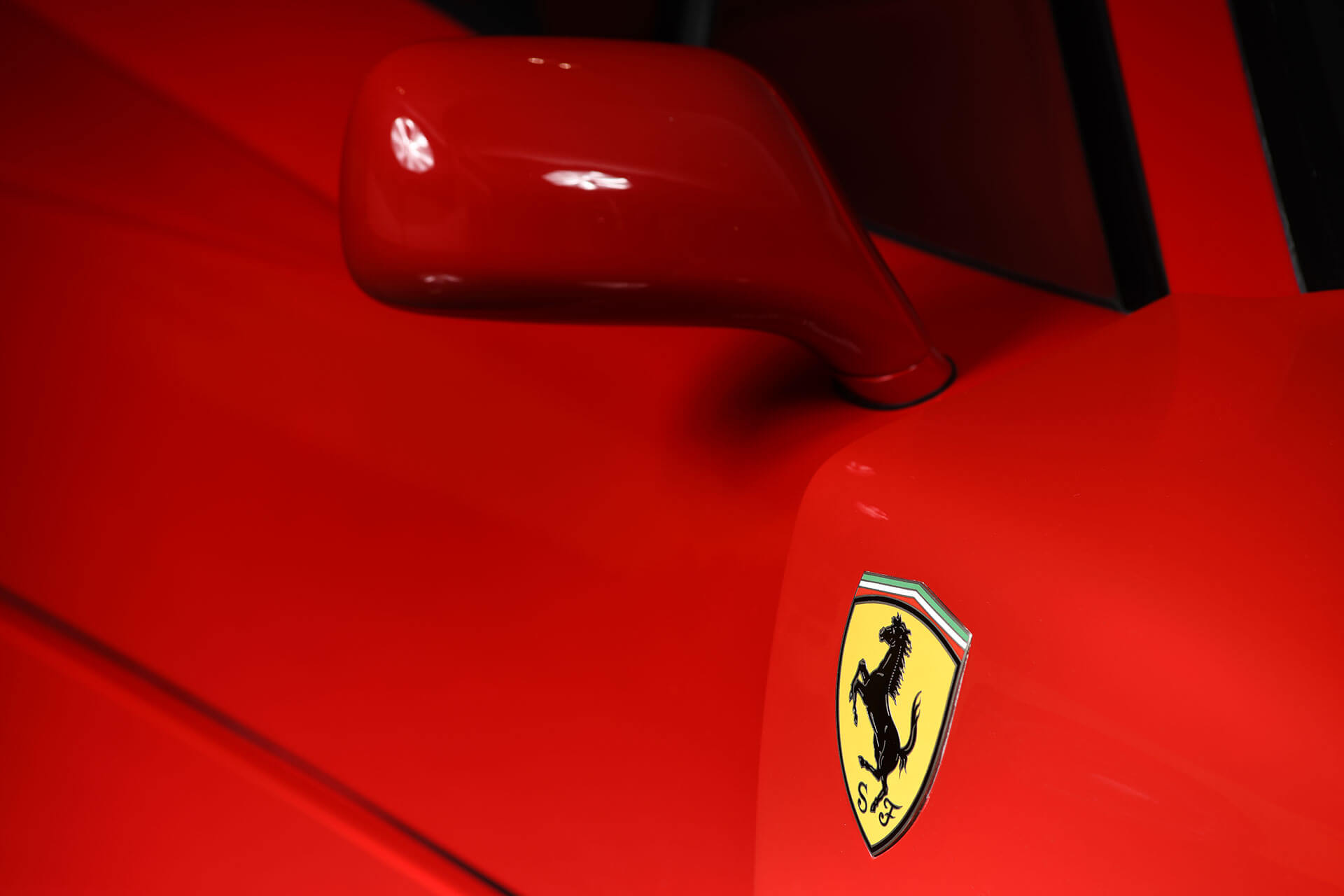 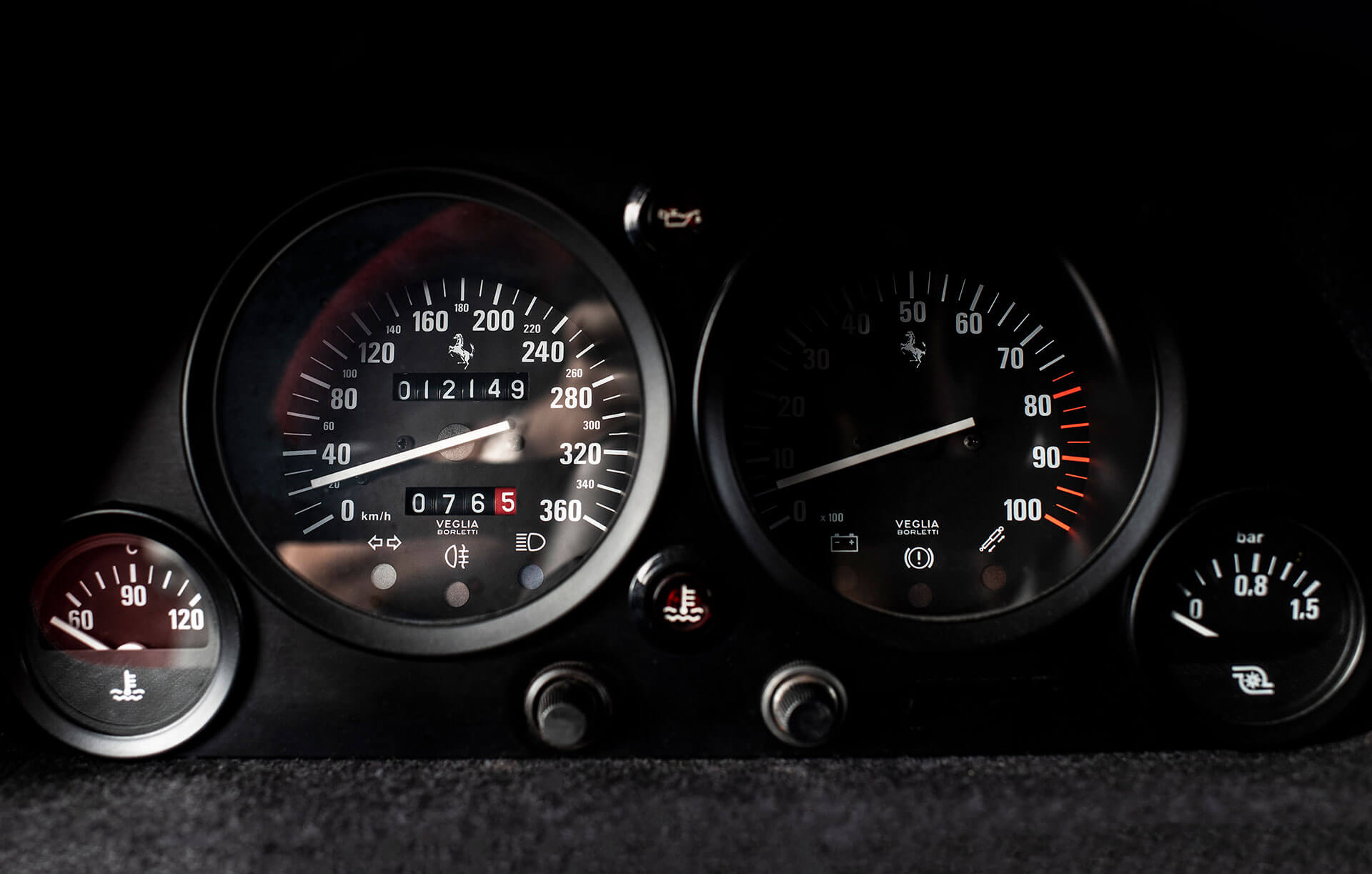 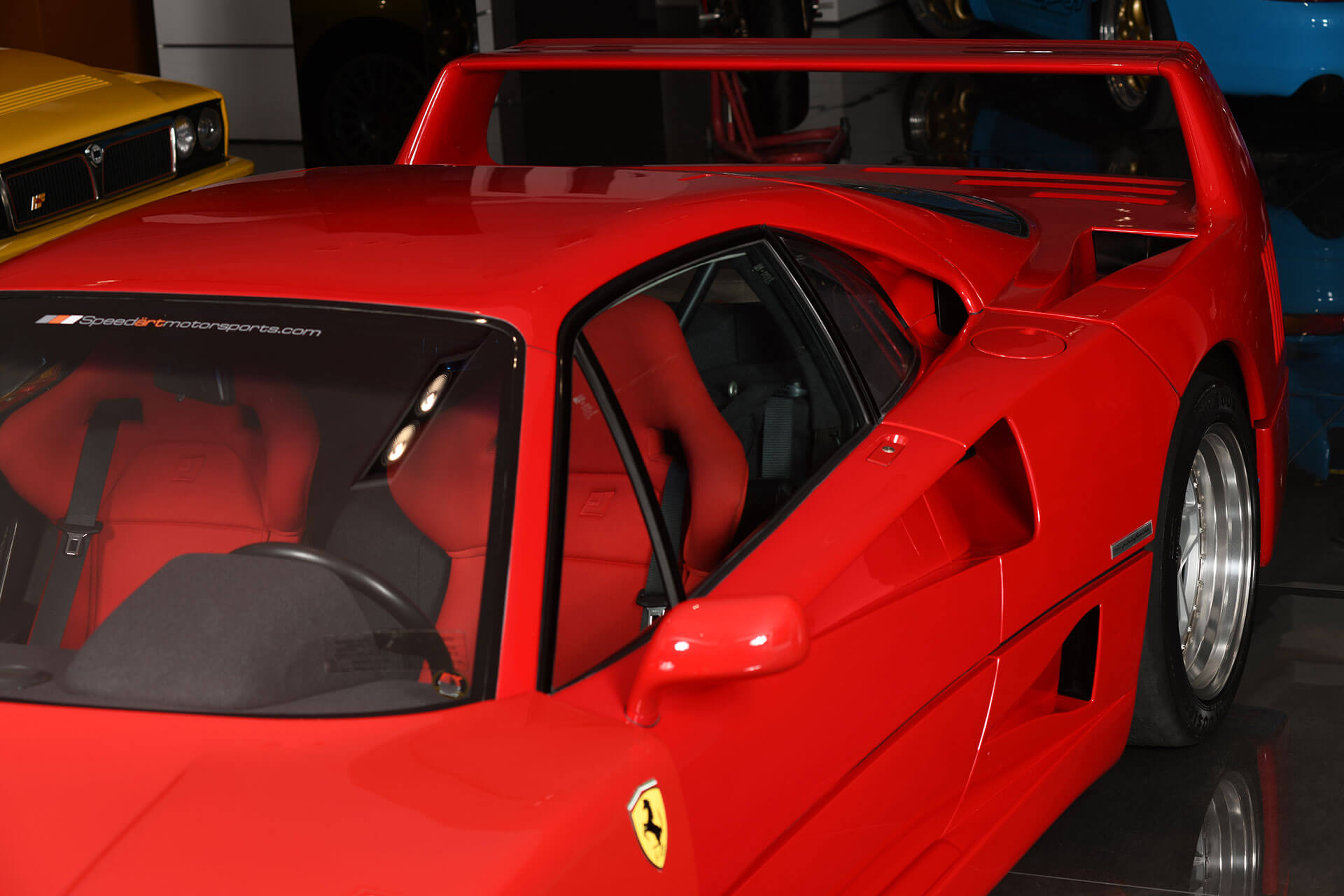 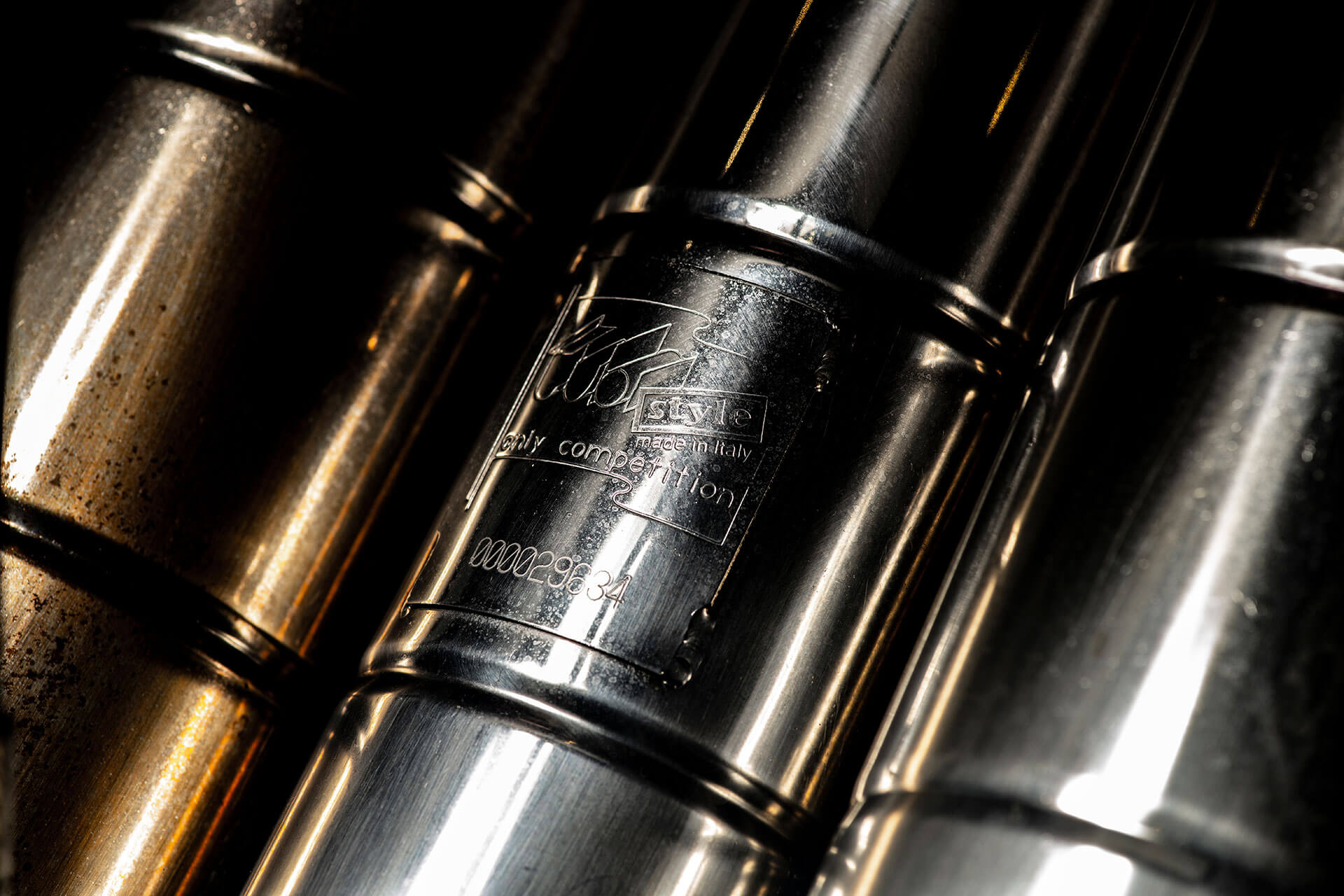 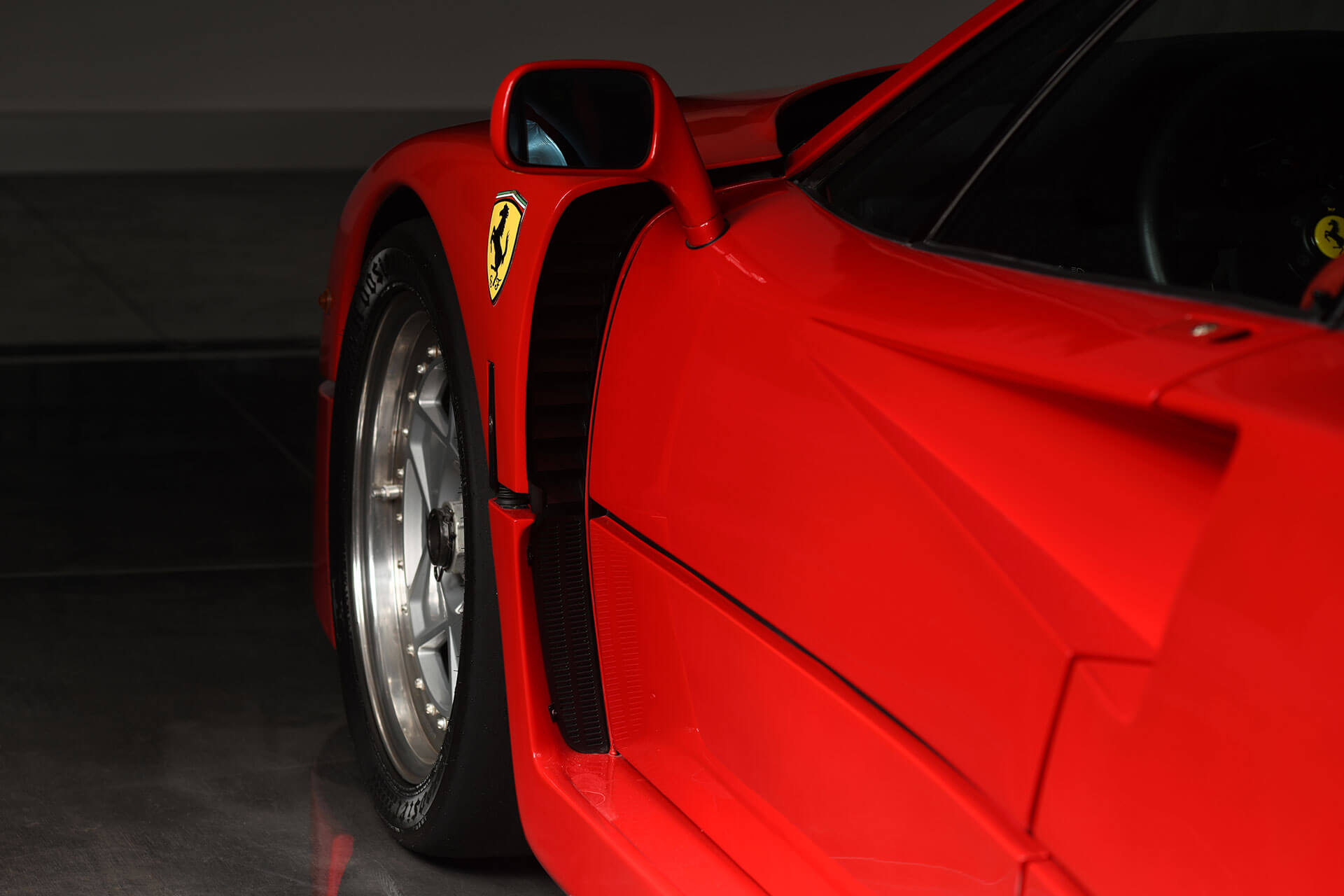 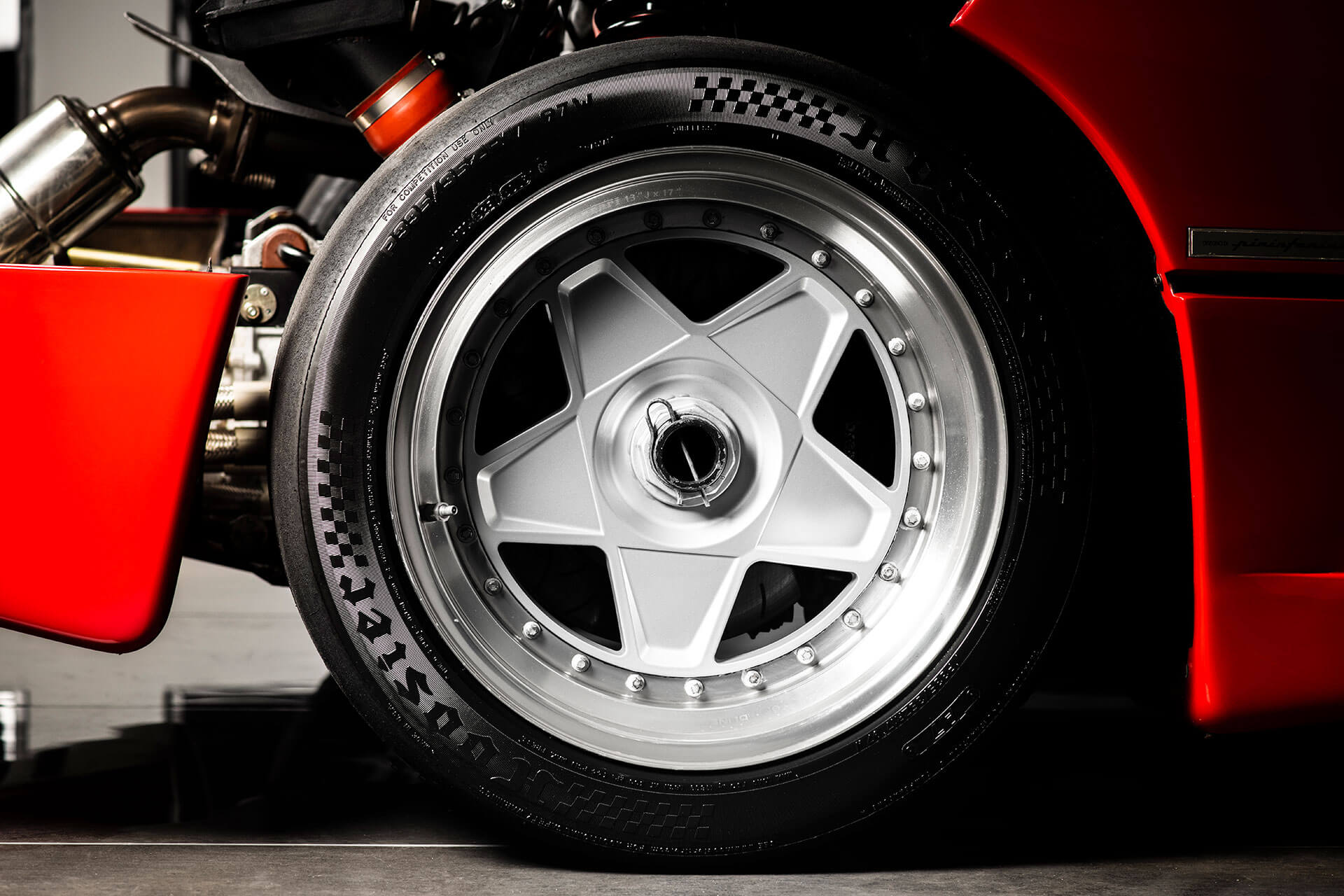 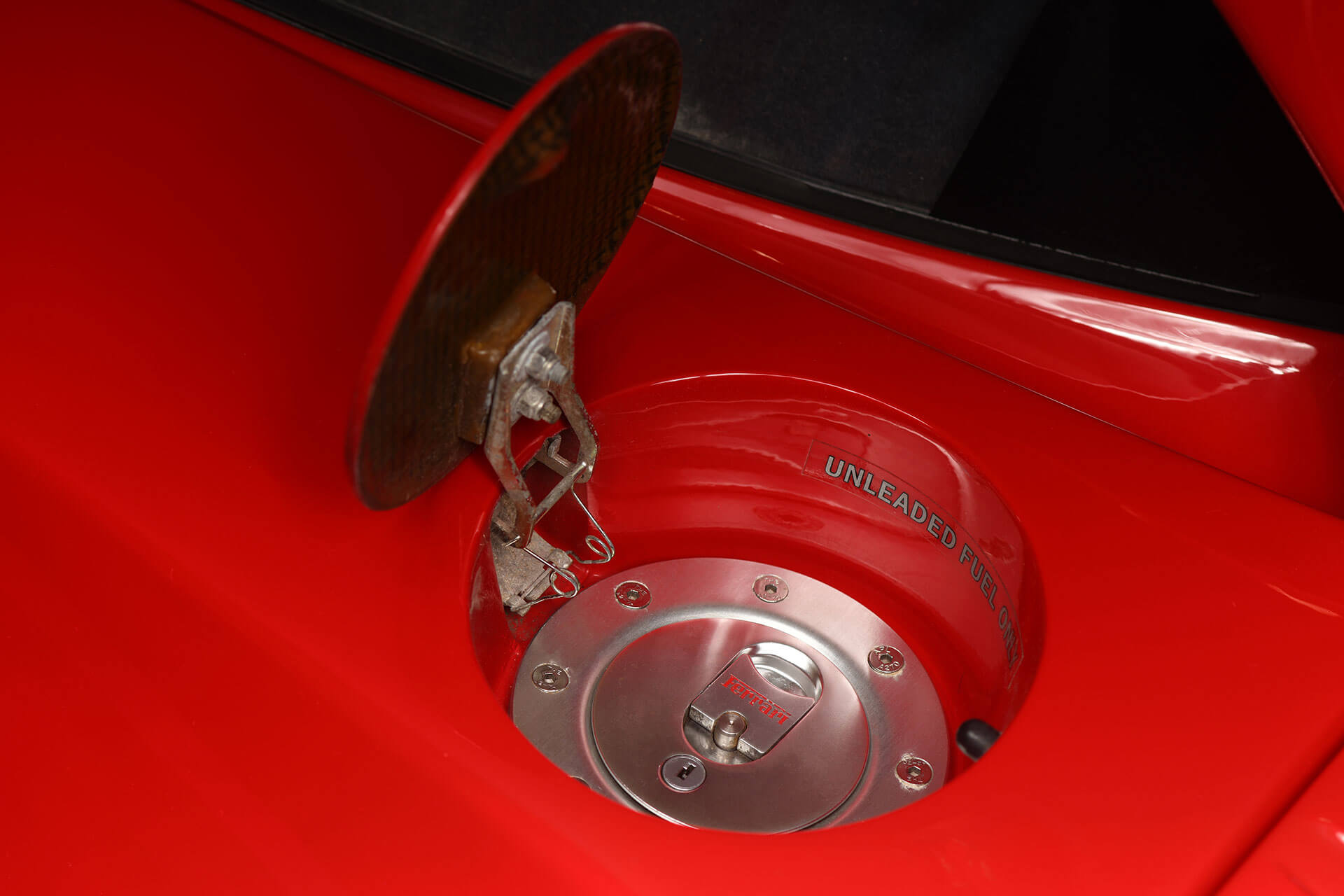 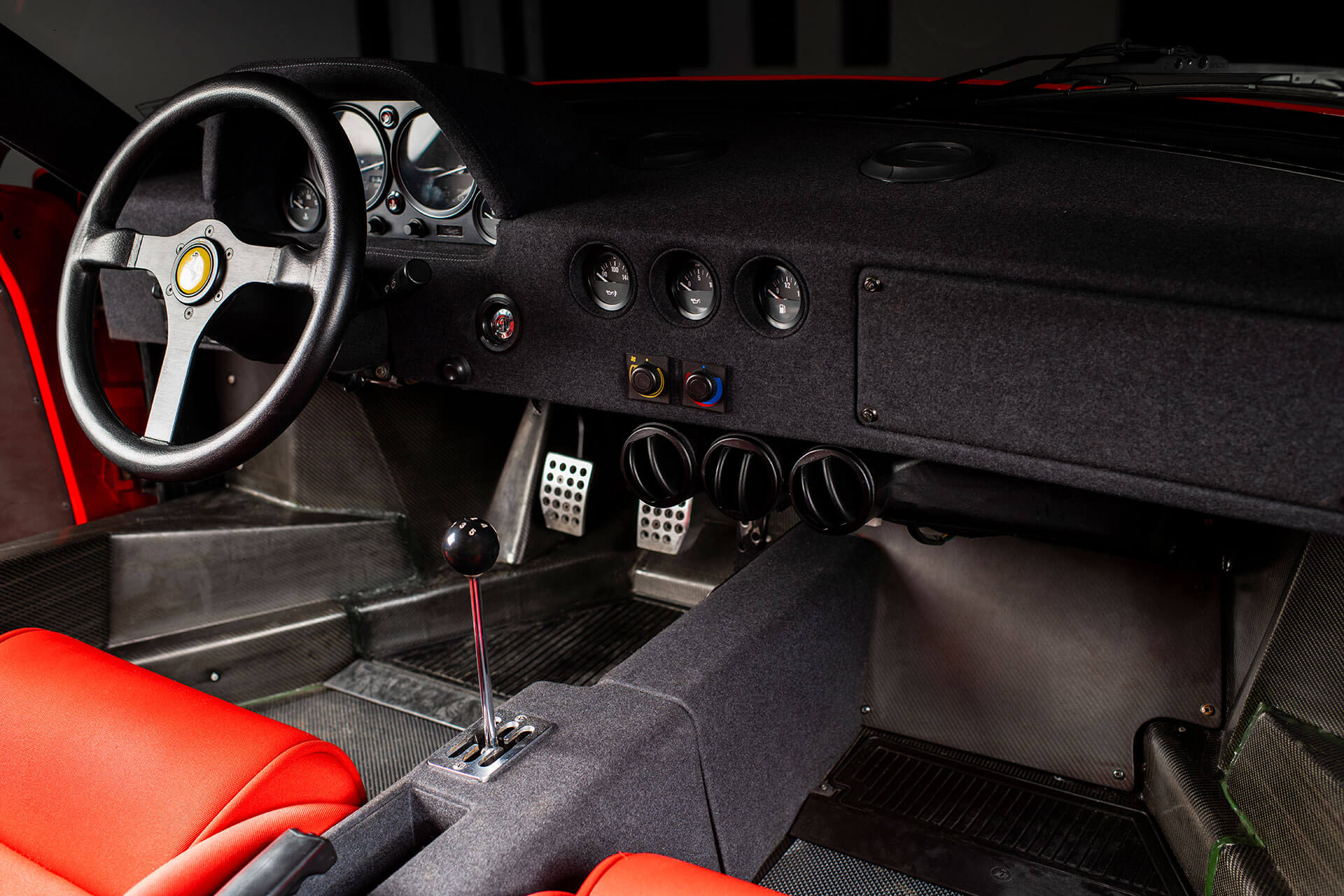 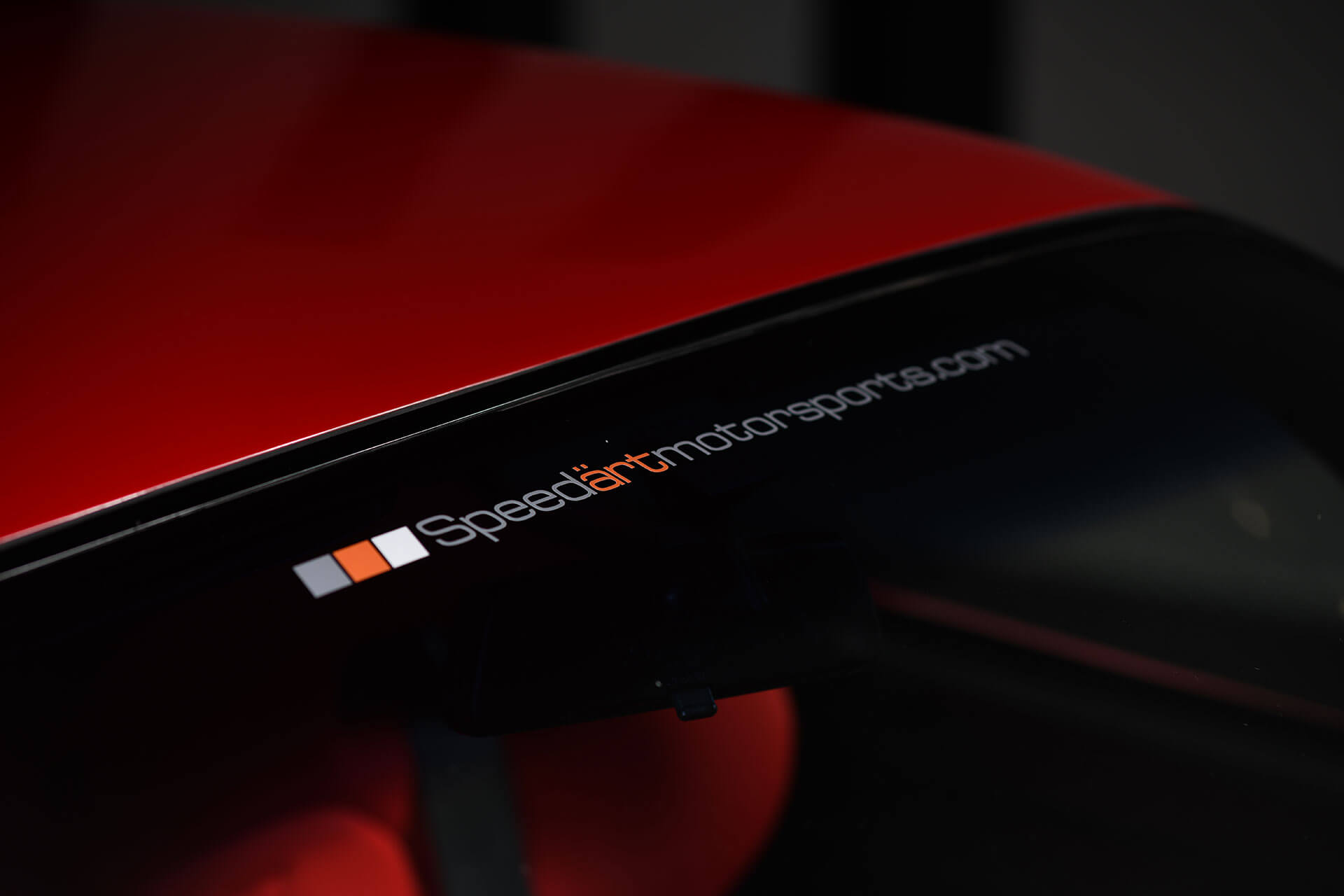 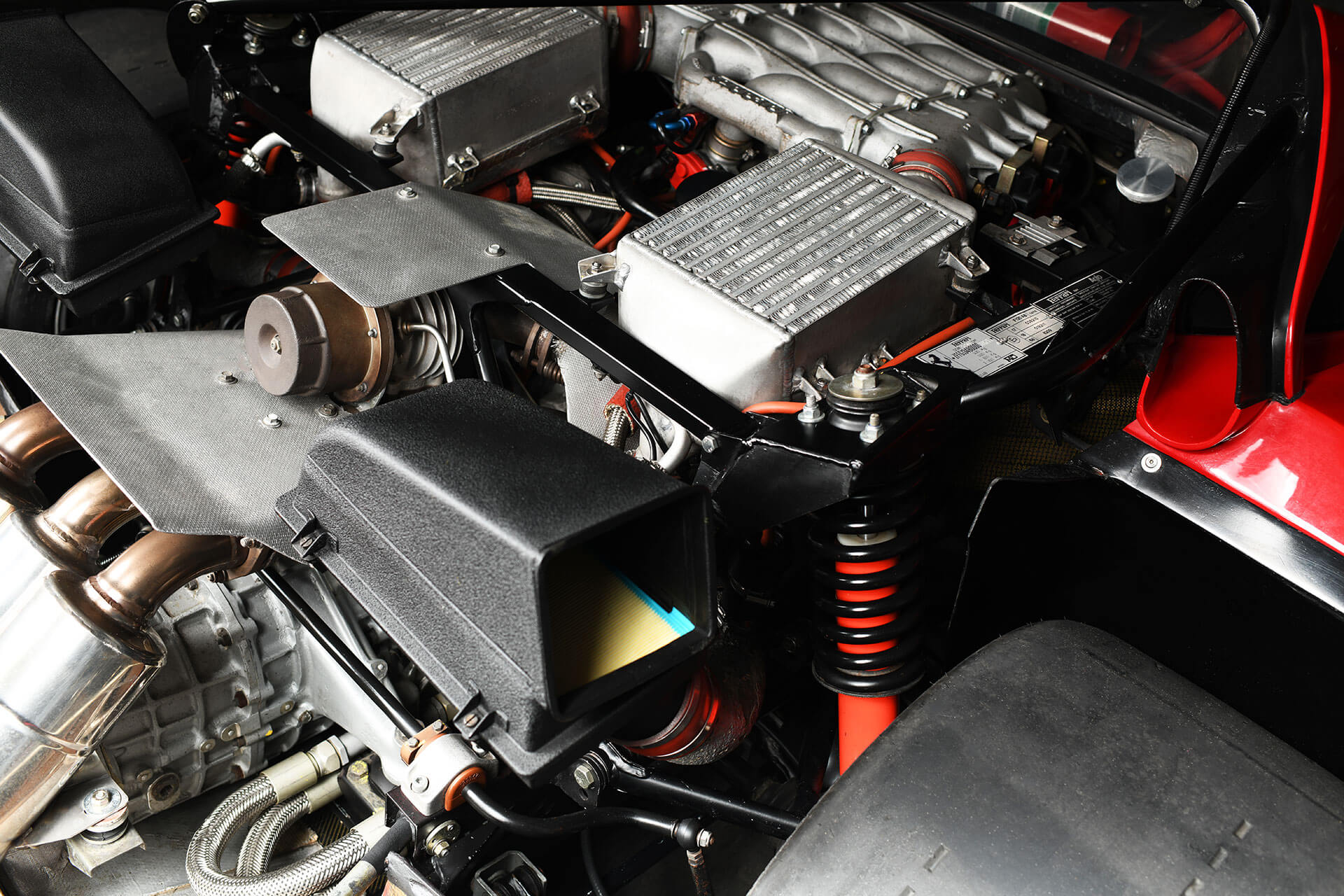 “Without question, driving an F40 is a visceral experience, hammering the senses with brutal acceleration, go-kart quick reﬂexes and a sonorous exhaust note that is music to the ears of the devoted enthusiast. The experience is highly addictive, much like a powerful narcotic.”

The ‘Must Have’ Ferrari Supercar Icon and last car presented by Enzo Ferrari himself. Ferrari’s F40 is the definitive supercar and has a formidable reputation alongside the 250 GTO as possibly the best road going Ferrari built to date. With the F40 Pininfarina produced an era defining creation, one that even today is instantly recognizable by old and young enthusiasts alike.

The F40 was revealed on 21 July 1987 at the Civic Centre in Maranello. Originally the presentation was due to happen at the Frankfurt motorshow according to Materazzi but FIAT needed to present the Alfa Romeo 164 at that show and the two would have clashed. Hence on insistence of Enzo Ferrari the launch was anticipated by more than two months. Counting from the project incipit (June 1986) until the launch, the car was developed in 13 months. The promotion of the car was captured by the cameras in a documentary that included footage of Enzo Ferrari past interviews, work inside the factory and the F40 driving through the streets of Modena. F1 driver Michele Alboreto drove the car on several occasions including a Christmas 1987 special program for the Italian TV and journalist Ezio Zermiani, when the car was filmed driving from Maranello to Milan.

The 2,936cc motor produces approximately 500bhp at 7,000rpm with the help of two water-cooled IHI turbochargers running 1.1 bar of boost – at 1,202 kg the F40 still has a phenomenal power-to-weight ratio. Shatteringly fast by any comparison (especially for 1988), the F40 can sprint from 0-60mph in just under 4 seconds and hit 201mph ﬂat out making it the ﬁrst production car to surpass this mystical boundary.

The F40 was a landmark not just on account of its crushing performance and stunning looks, but it was ﬁttingly the last ever car presented by Enzo Ferrari, this taking place at Maranello in June 1987, 14 months before his passing. F40’s were closely derived from the experimental GTO Evoluzione’s and the road 288 GTO (that the F40 replaced). Cost-no-object engineering produced technical speciﬁcations that remain the stuff of fantasy even today. The GTO had pioneered the use of composite panels, the F40 was the ﬁrst whose bodywork was constructed entirely from such materials. Comprising of eleven panels made from Nomex, Kevlar and Carbon composite with a heavily ventilated Plexiglas rear windscreen.

From 1991 onwards cars were ﬁtted with catalytic converters to meet ever tightening legislation and at this time adjustable suspension became an option. Production was discontinued in 1992 after 1,311 examples had been completed in ﬁve years, (600 or so being bound for the USA and being noticeably different to their lighter and faster European cousins), the F40 was only ever available from Ferrari in left-hand drive and presented in Rosso Corsa. (Approximately 7 examples were converted to RHD for the Sultan of Brunei).

While the specifications of the F40 conjure vivid images, few have experienced it as intended. Among those who have, five-time Le Mans champion driver Derek Bell MBE tested an F40 for a supercar comparison test conducted during the mid-2000s by UK’s Classic & Sports Car magazine and revelled in the experience. Summing up his drive in the F40, Bell stated: “It’s just magnificent with bags of character once you grab it by the horns. This is a car to make your hair curl. The power delivery is sensational and I love the way the turbos come on with such a rush. Very quickly the situation changes from neutral understeer to amazing oversteer, but it’s all superbly predictable.”

Speedart Motorports proudly presents for your consideration one of the ﬁnest F40 specimens in captivity, dressed in all original livery and impeccably maintained.

Based on its chassis number, this 1989 Ferrari F40 is an early production example, “Non-Cat” and “Non-Adjust” model. The supplying dealer, Auto Becker of Düsseldorf, sold it to the original owner, Herr Josef Horst and the manufacturer’s warranty was activated on December12, 1989. During the late 1990s, the F40 was imported to the UK, where it passed through two owners who maintained it with Ferrari marque specialists, including such respected names as Maranello Concessionaires and Graypaul Ferrari. An annual service was carried out by F40 specialists, Dick Lovett Ferrari, and in addition to the usual factory-speciﬁed maintenance requirements, the camshaft belts were changed.  At last, leading specialist and foremost authority in F40 sales, DK Engineering sold the motorcar to its current custodian.

Many MoT certiﬁcates accompany the car’s history ﬁle, which conﬁrm this Ferrari’s mileage as being correct from new. The mechanicals and cosmetics of this impossibly authentic supercar attest to a fastidious care of ownership. A most certainly “blue chip” investment-quality thoroughbred that will continue to top the Ferrari collector’s wish list for many years to come while gathering the spot light on the Concorso Italiano. With a factory-fresh appearance only attainable from minimal use, this F40 is a prime example of the revered supercar. Certified by Ferrari’s Classiche department, the F40 is appropriately accompanied by the highly desirable Red Book that confirms the motorcar’s built specification and genetic provenance.

Speedart Motorsports welcomes all serious inquiries as we would like to extend an invitation to all interested parties in order to witness up-close and personal this Modenese icon and already one of the most coveted classics of the supercar pantheon.