Group B World Championship Homologated Special in All Matching Numbers & Original Condition - No. 98 of Only 207 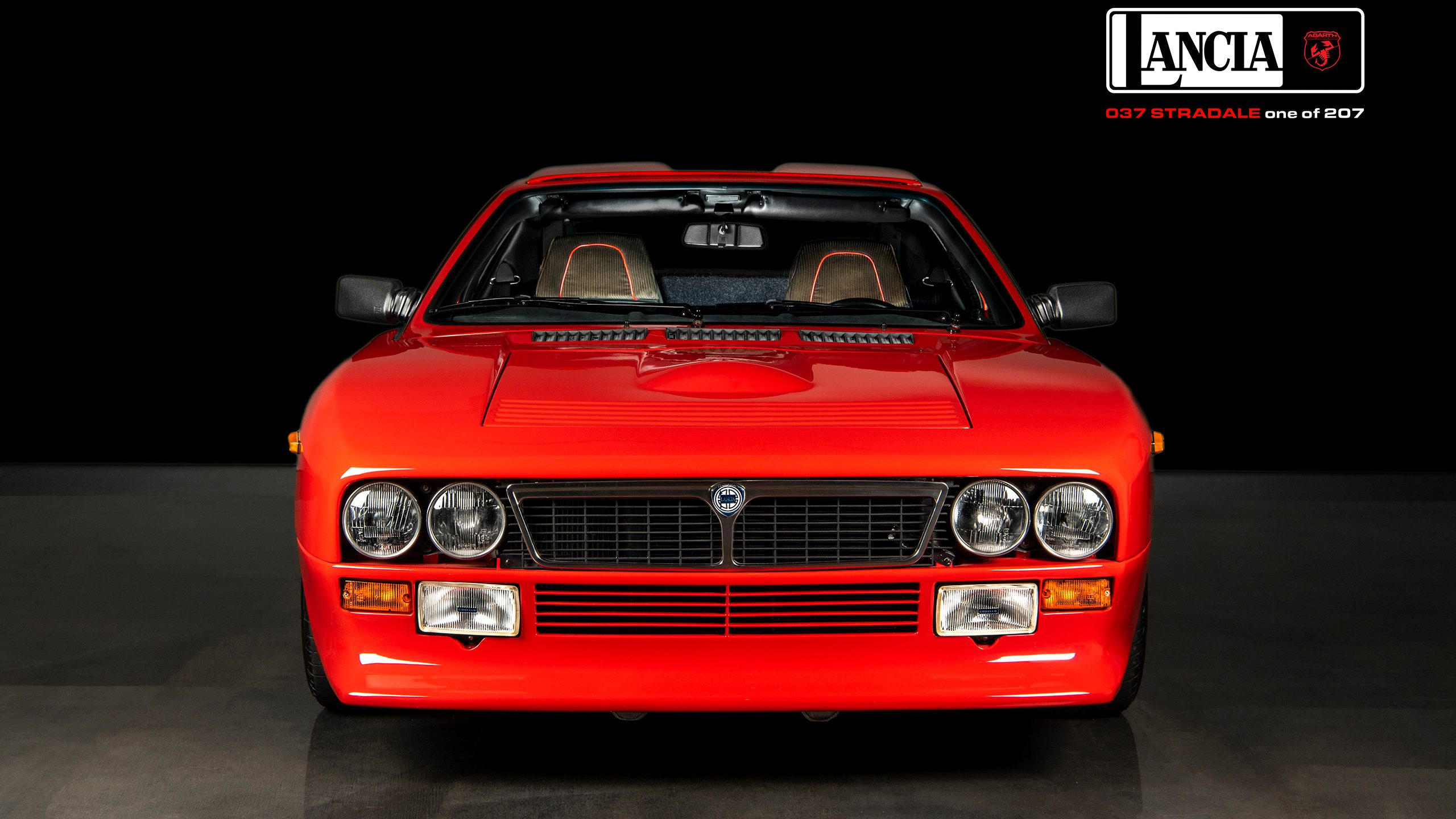 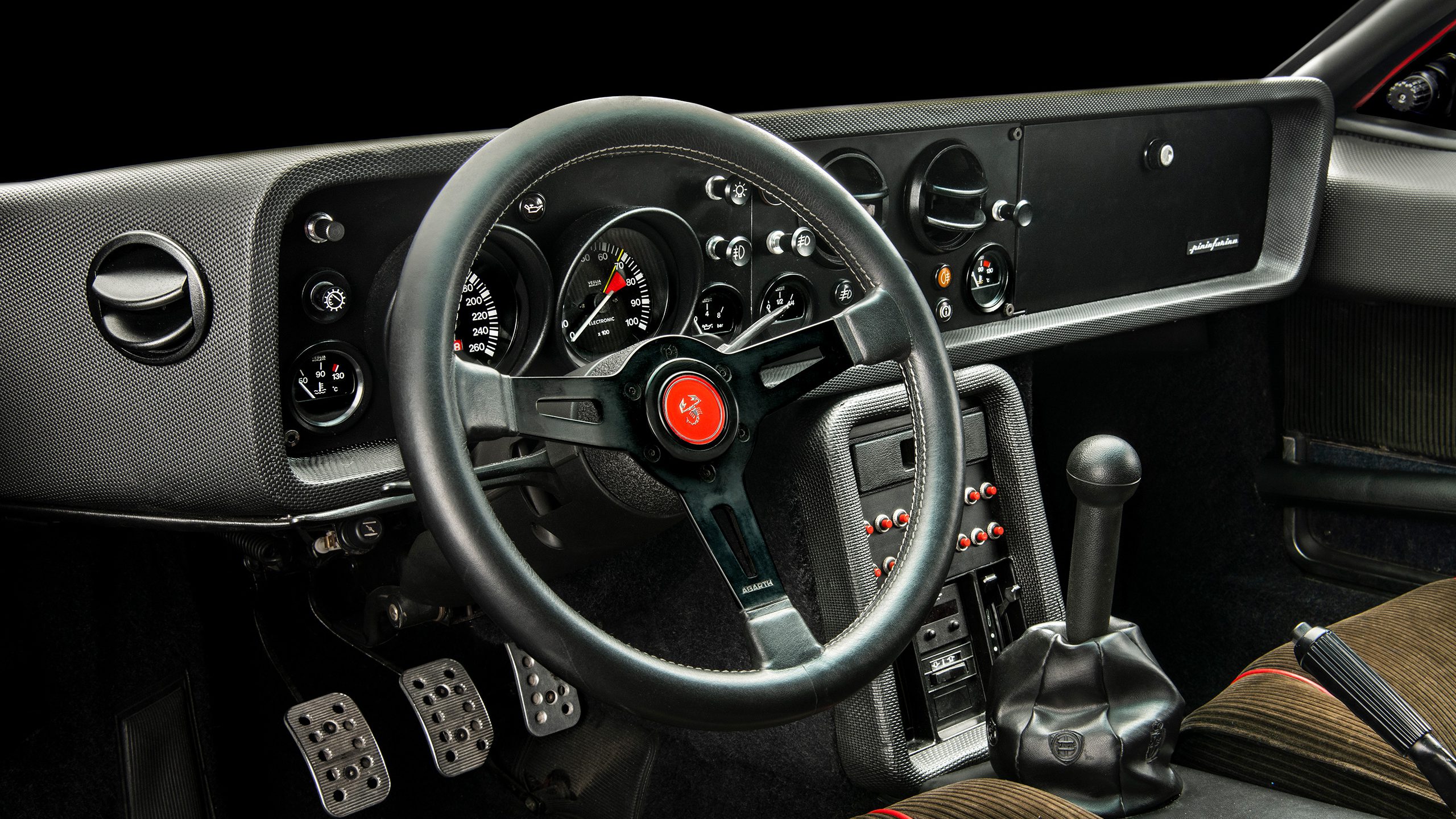 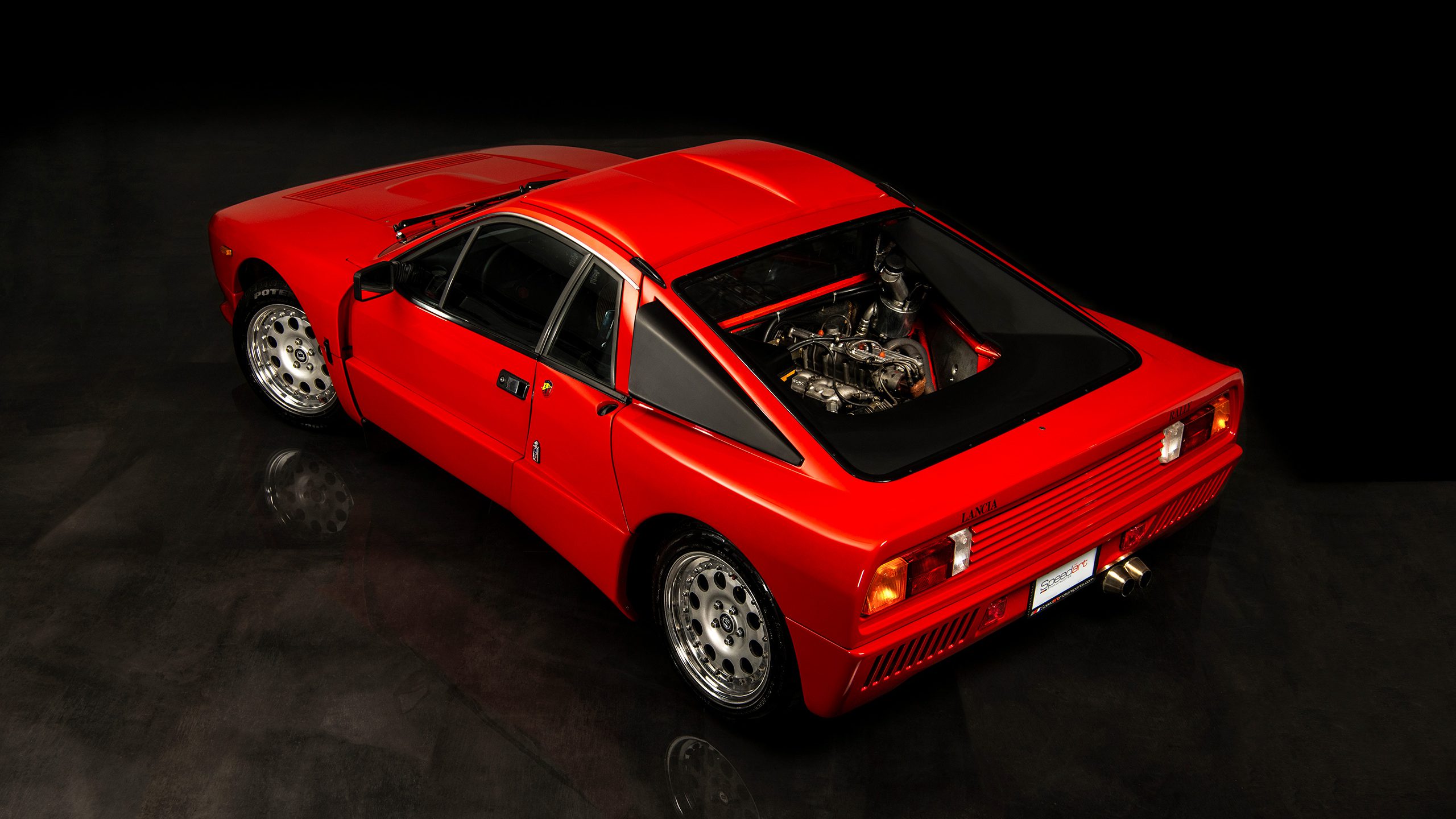 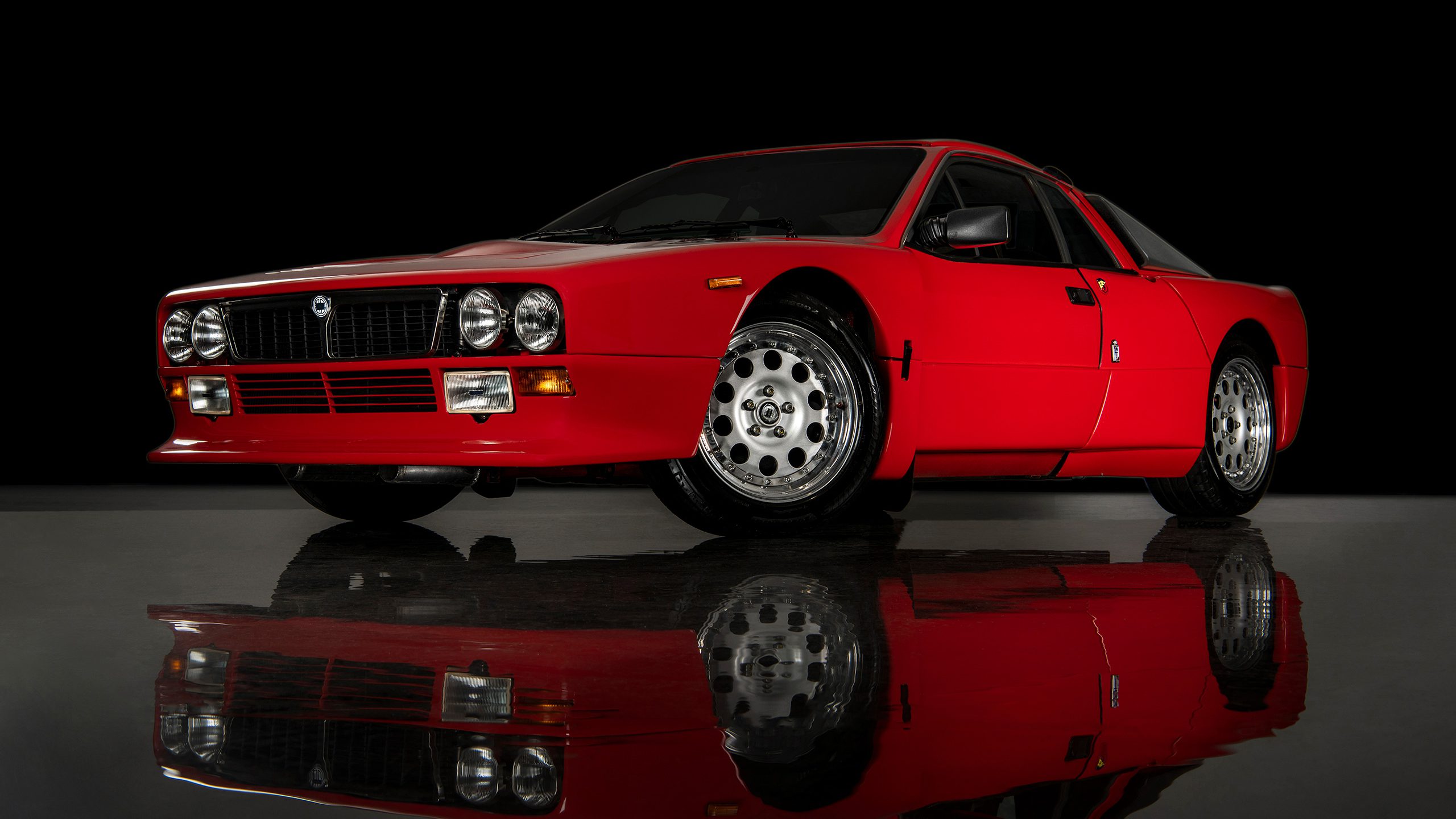 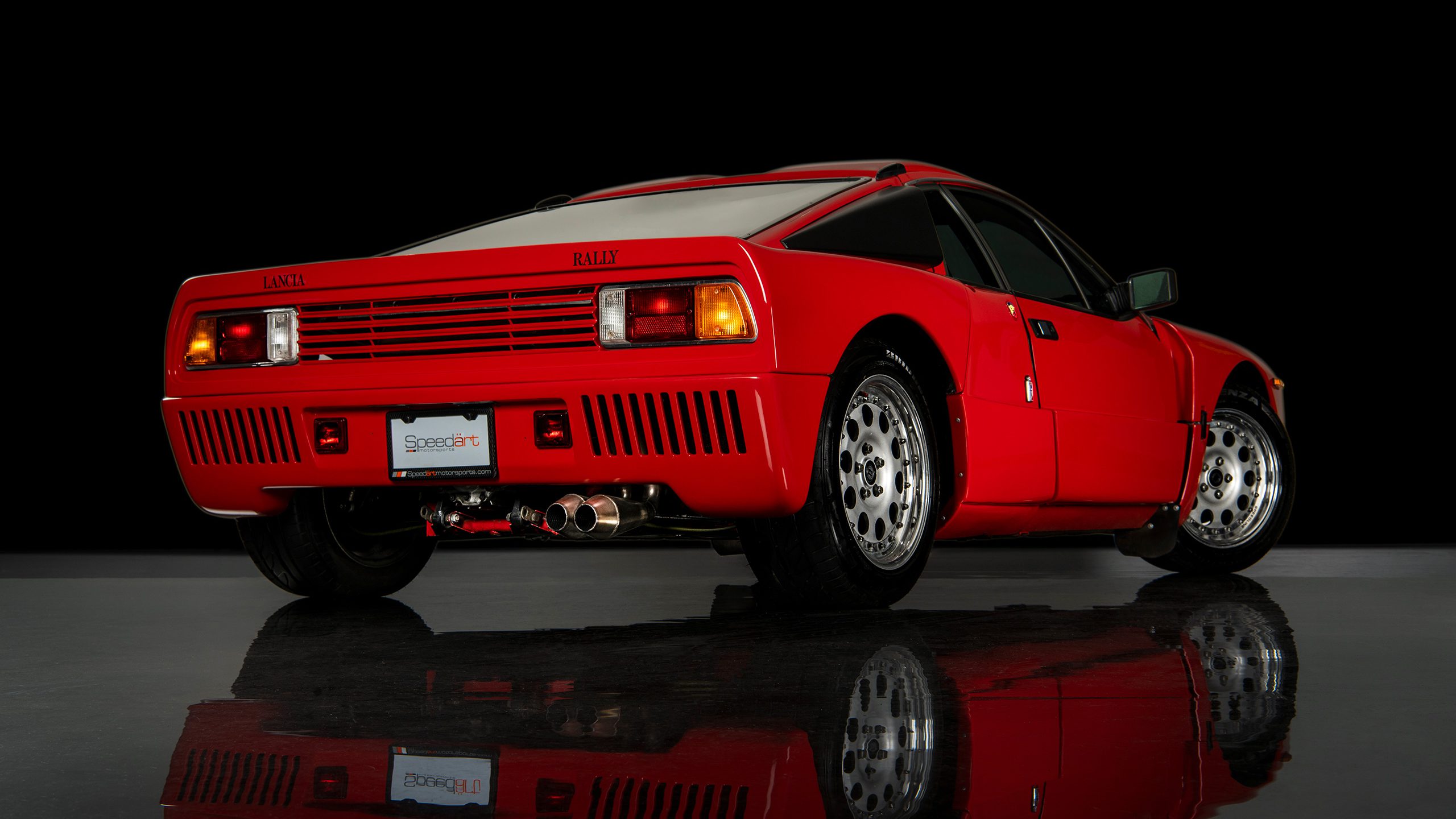 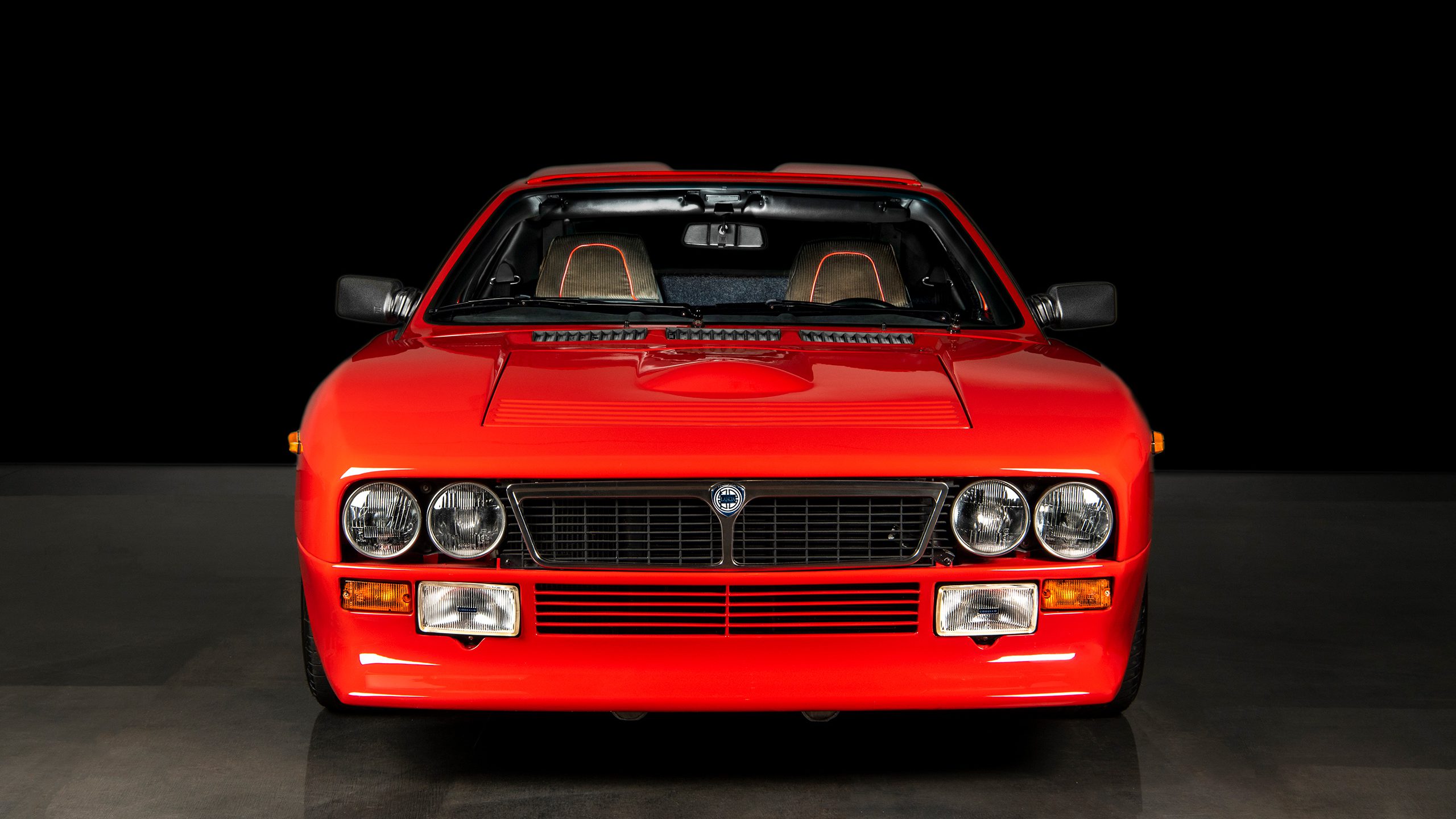 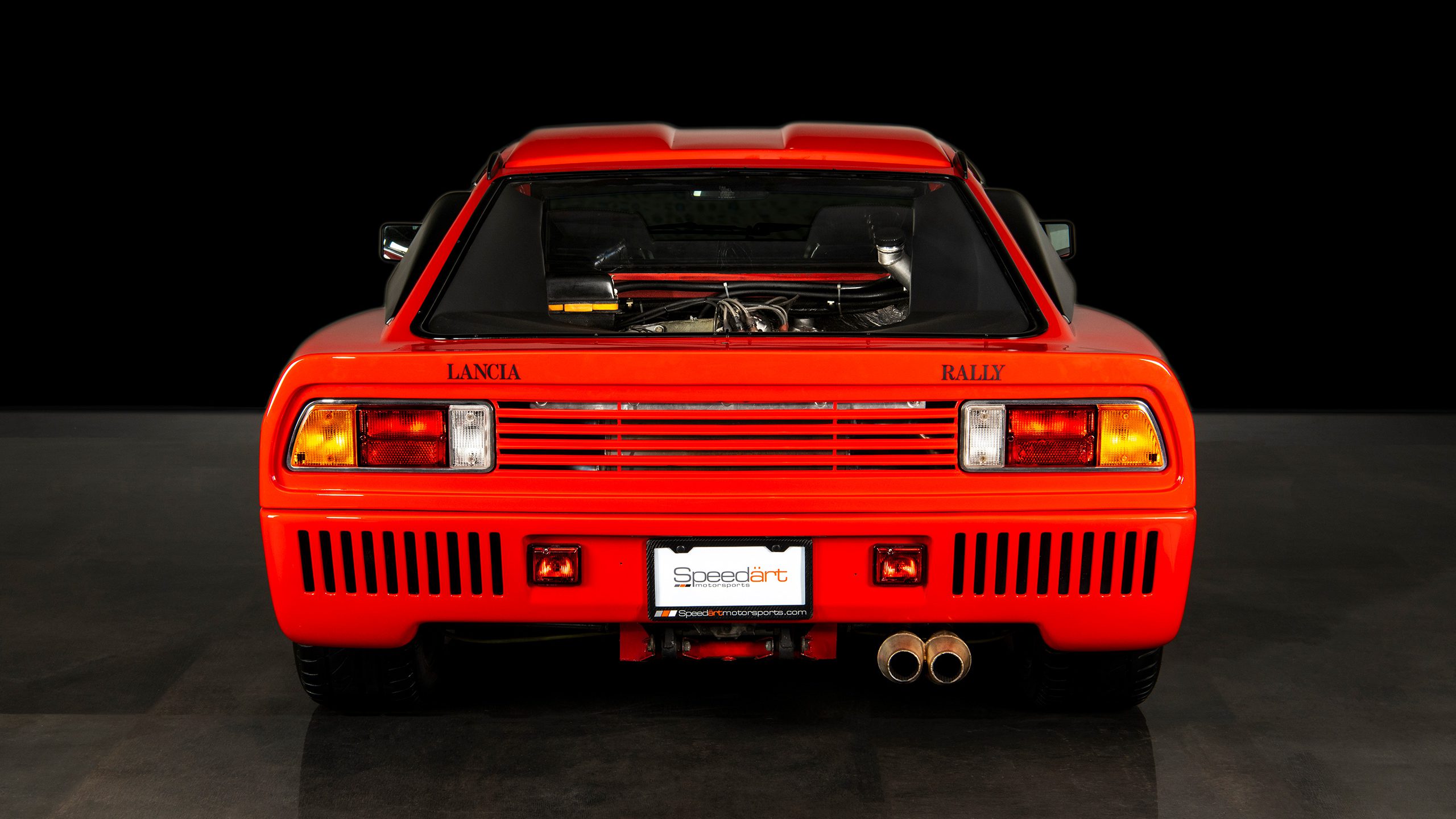 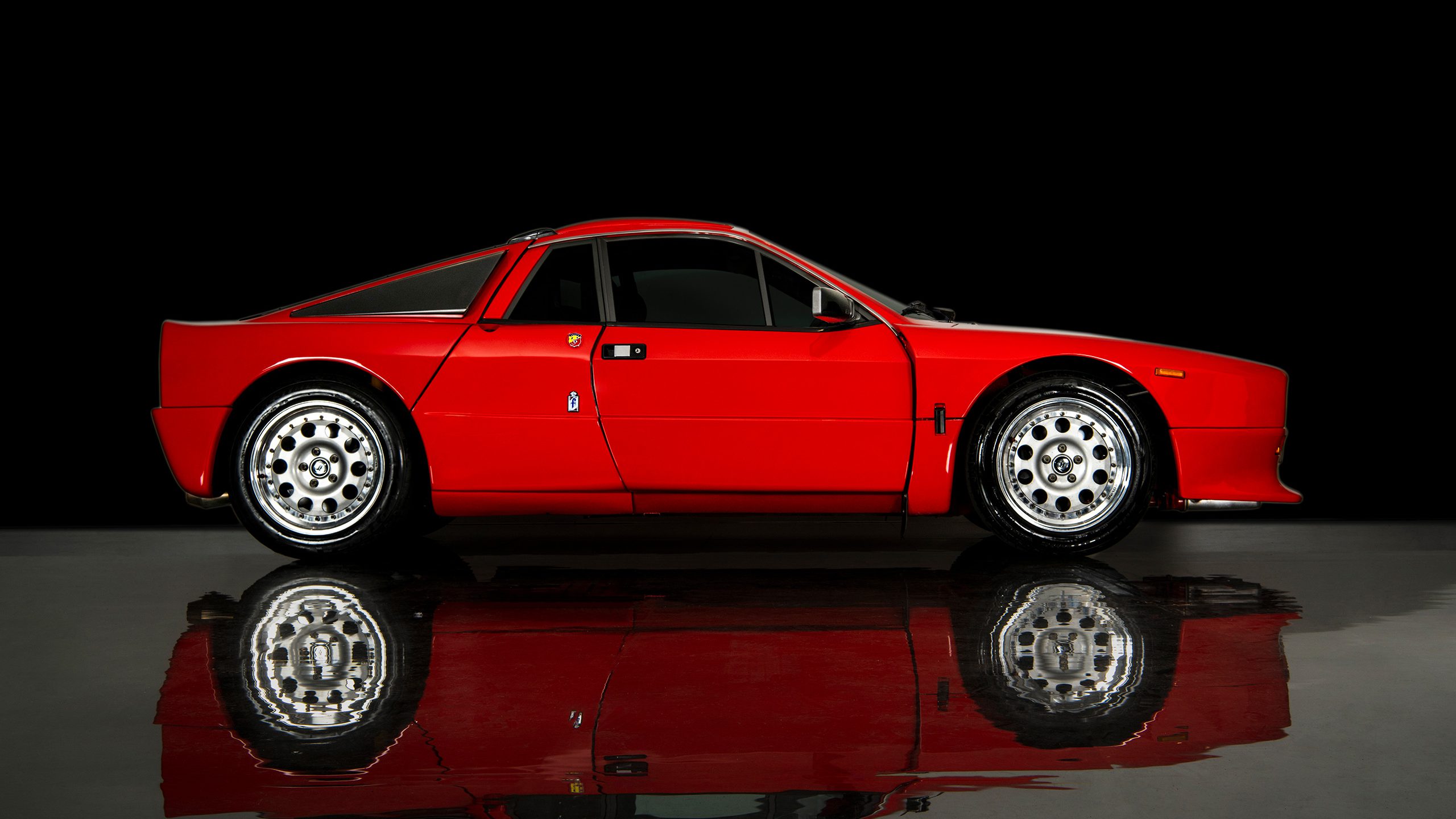 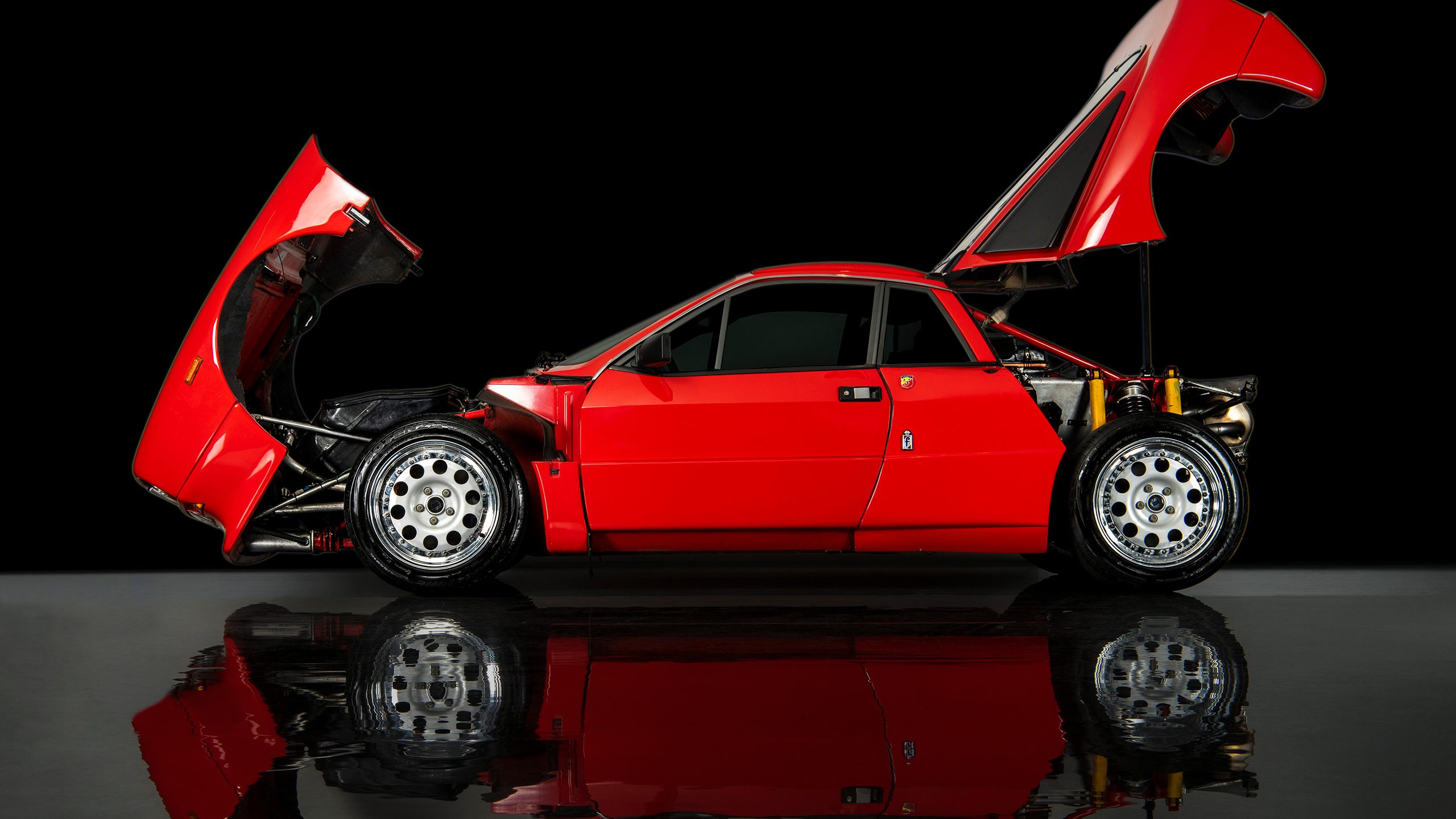 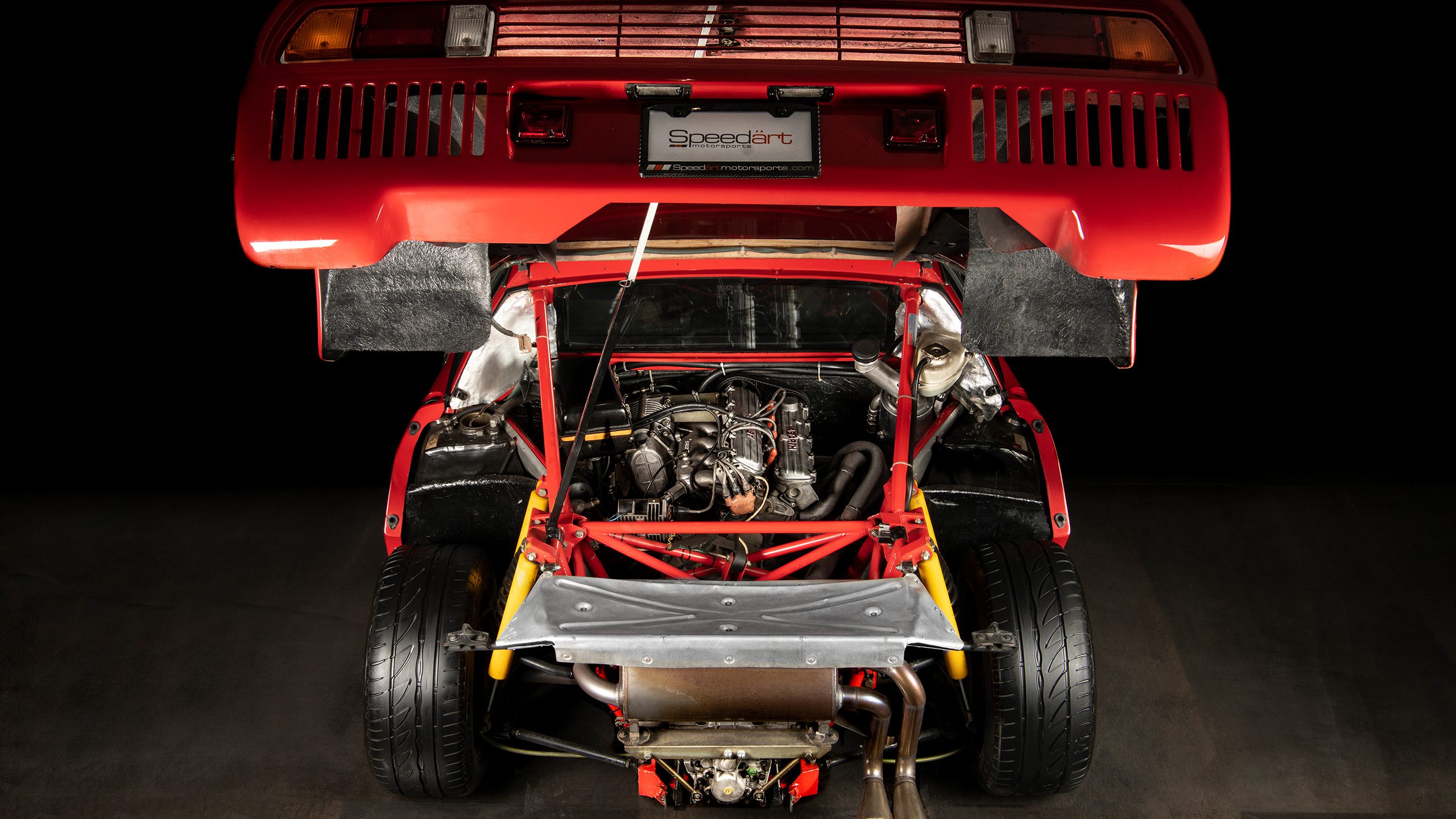 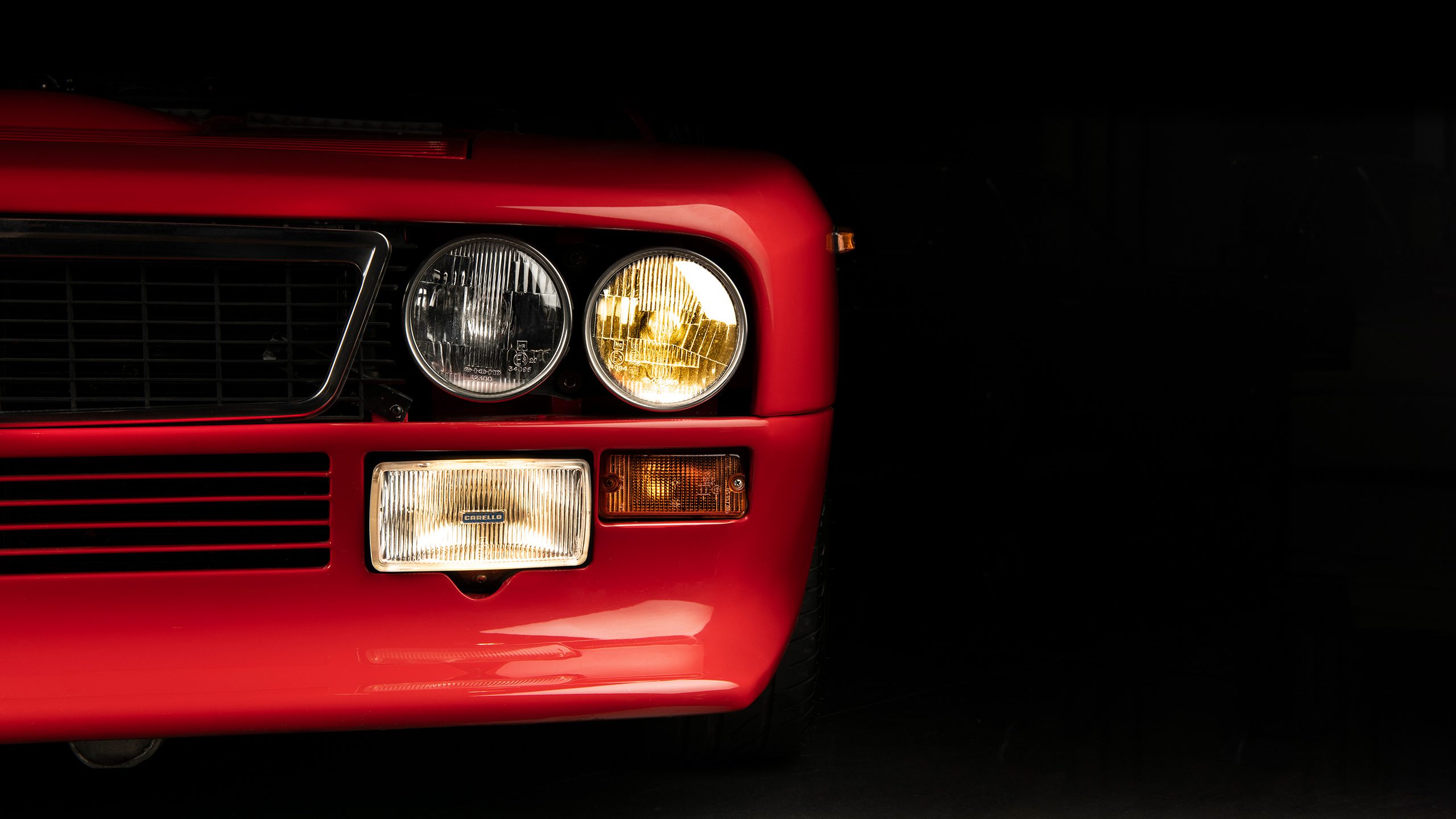 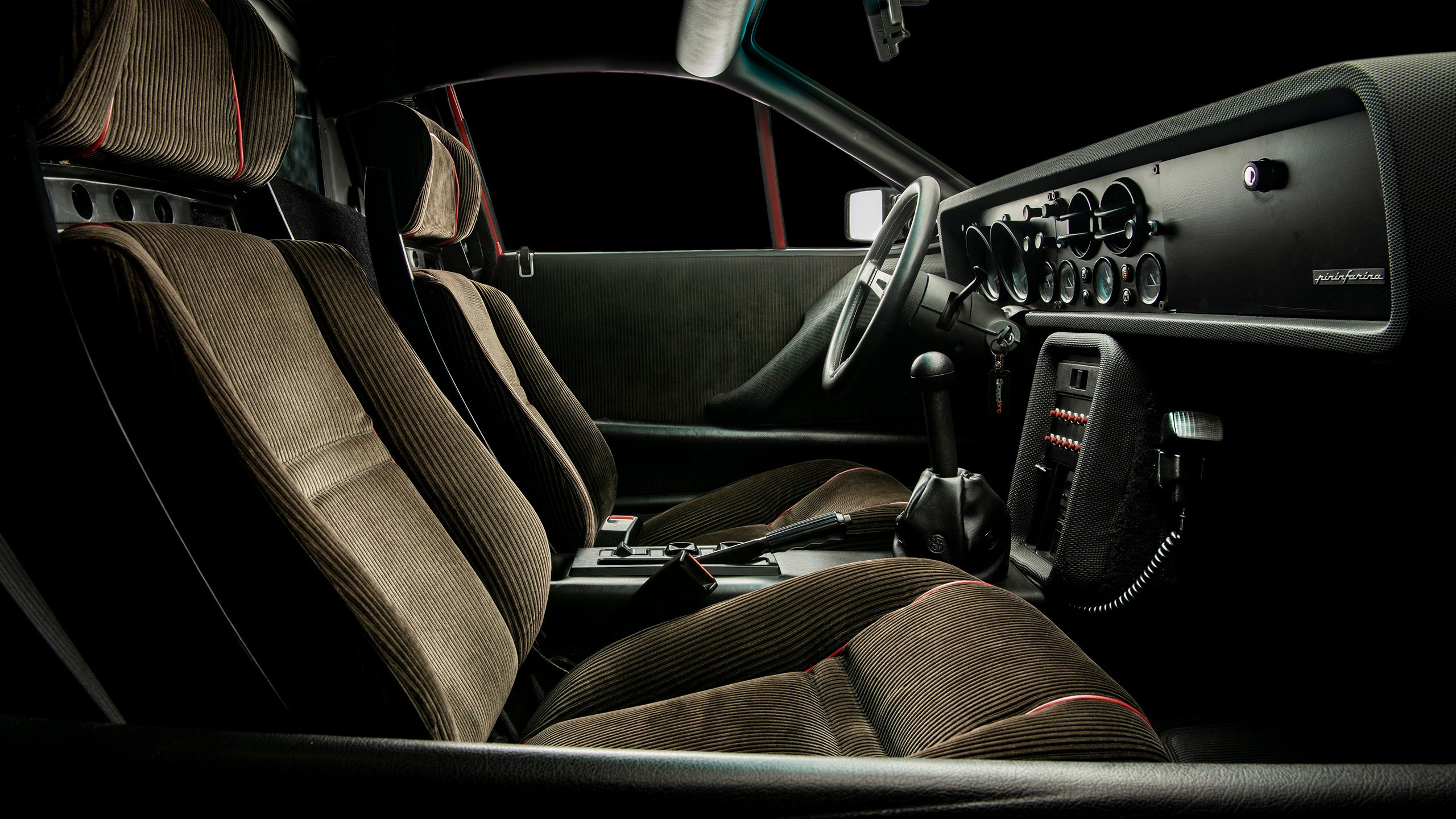 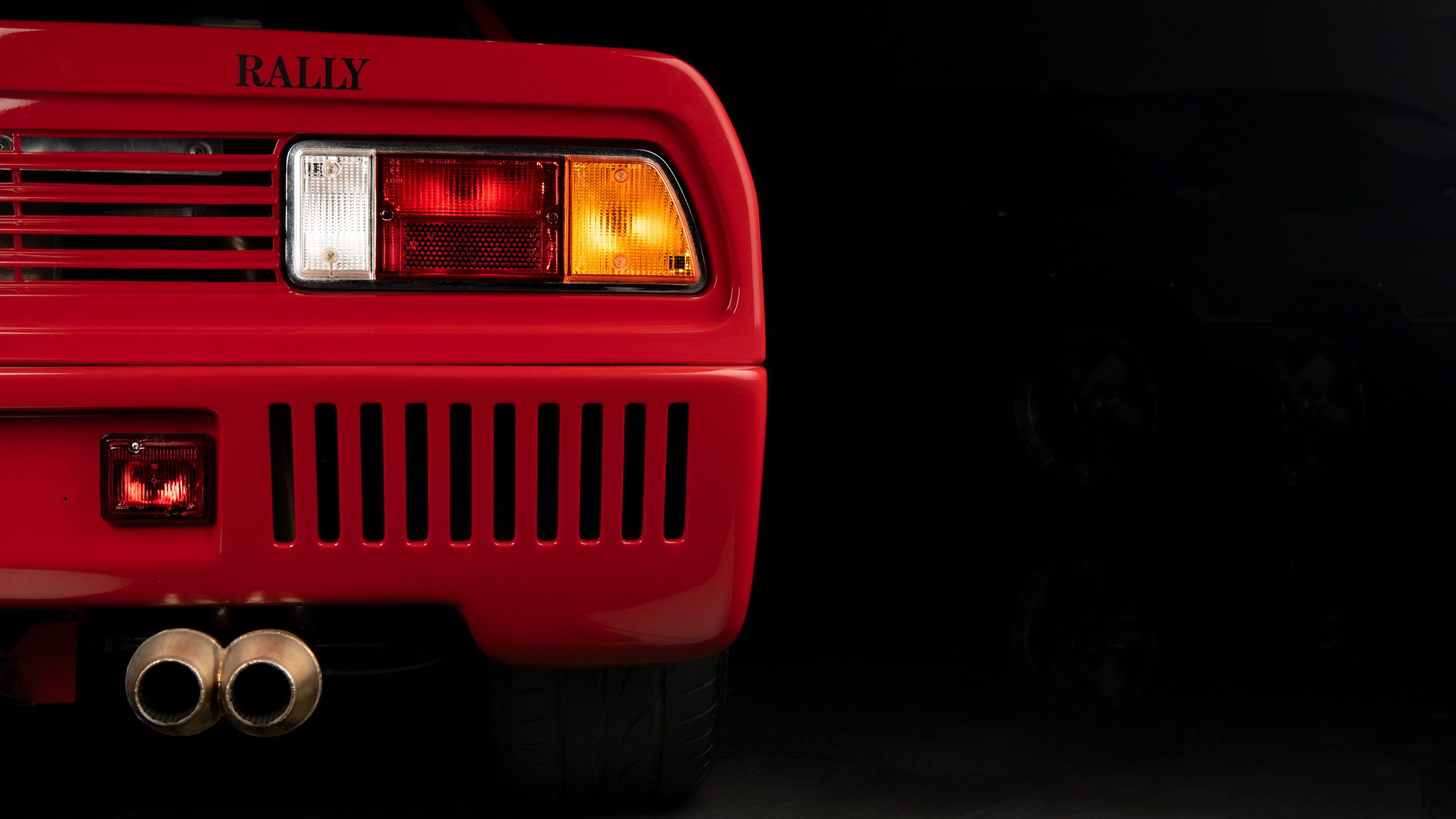 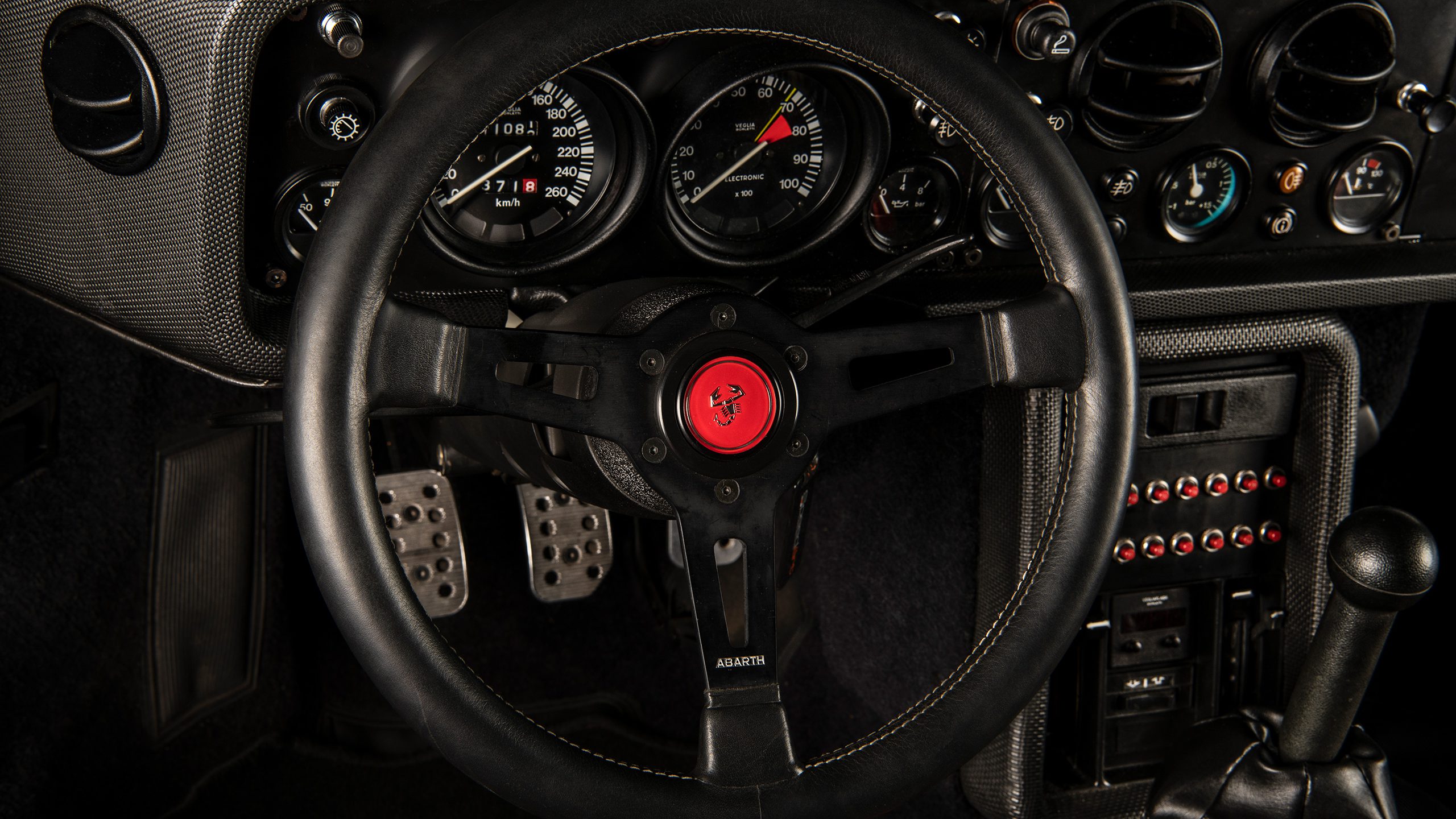 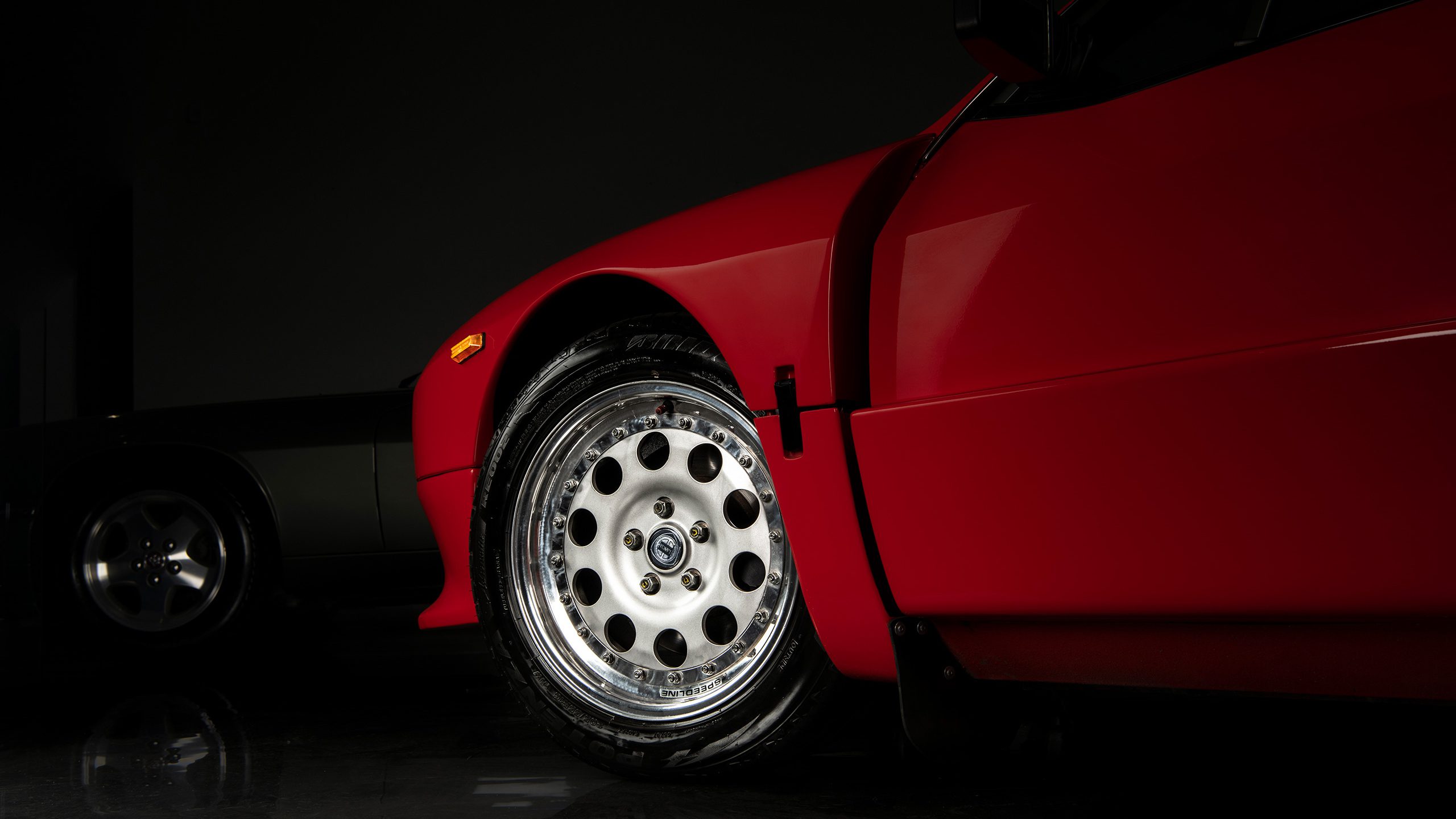 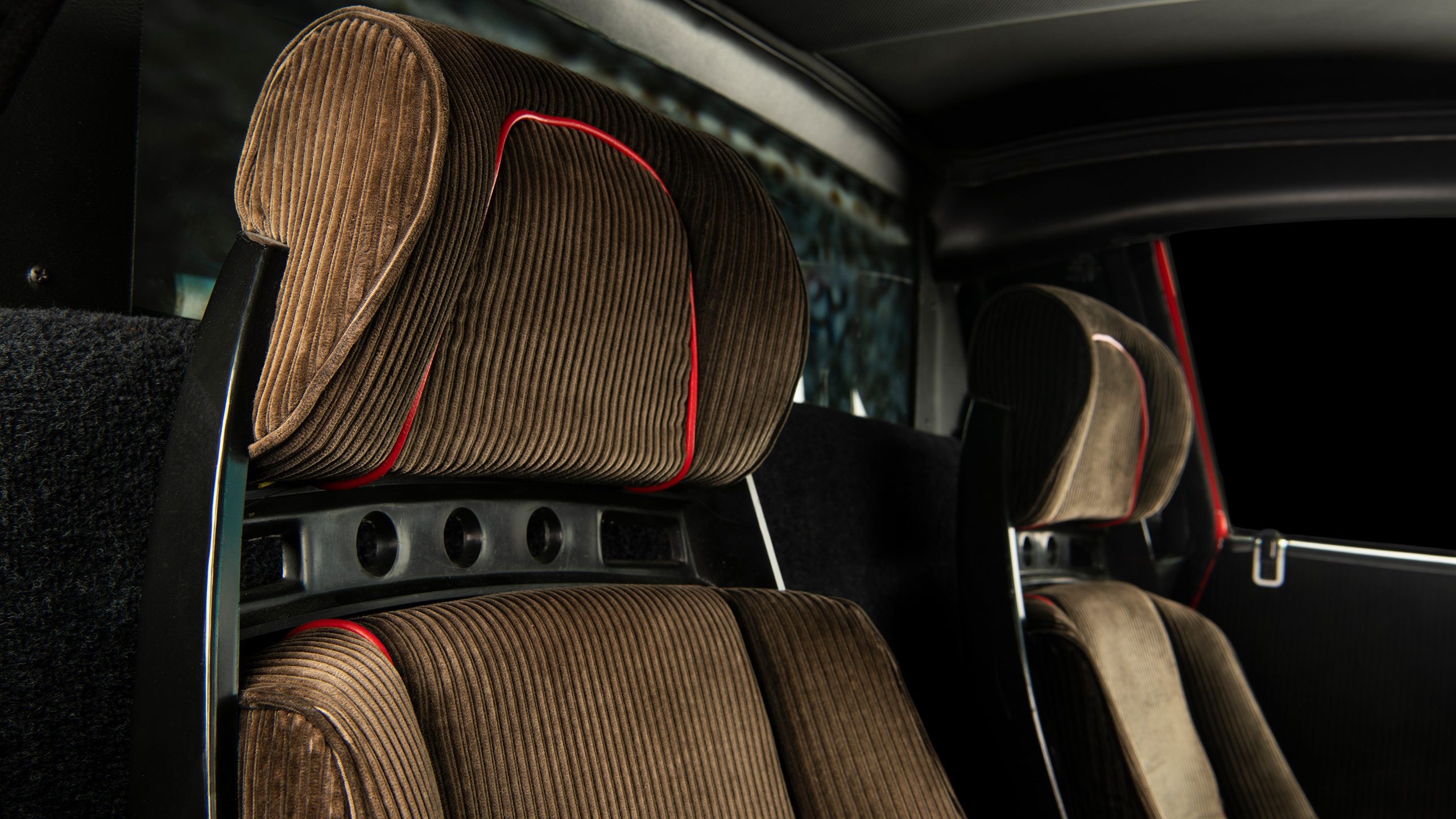 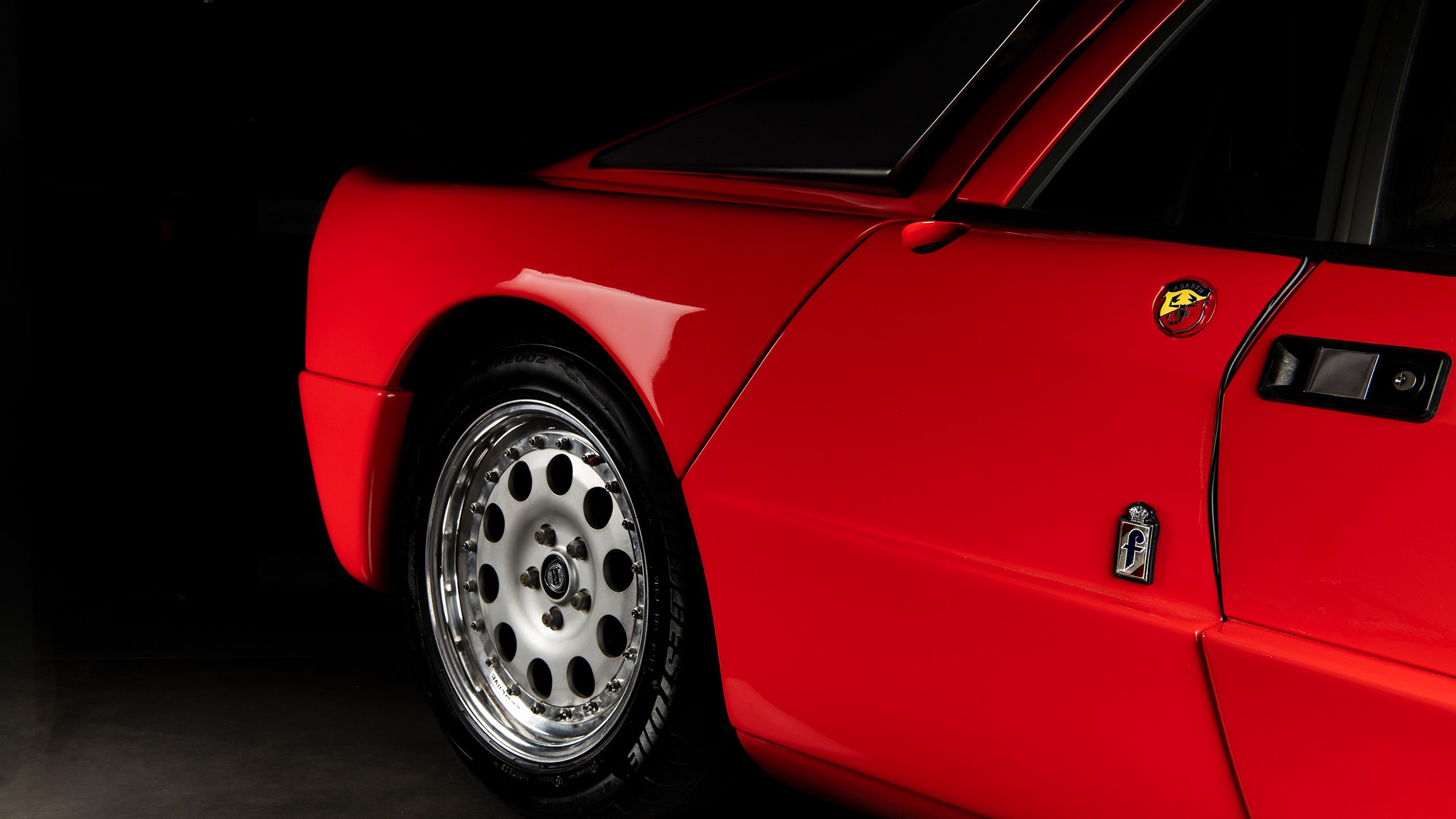 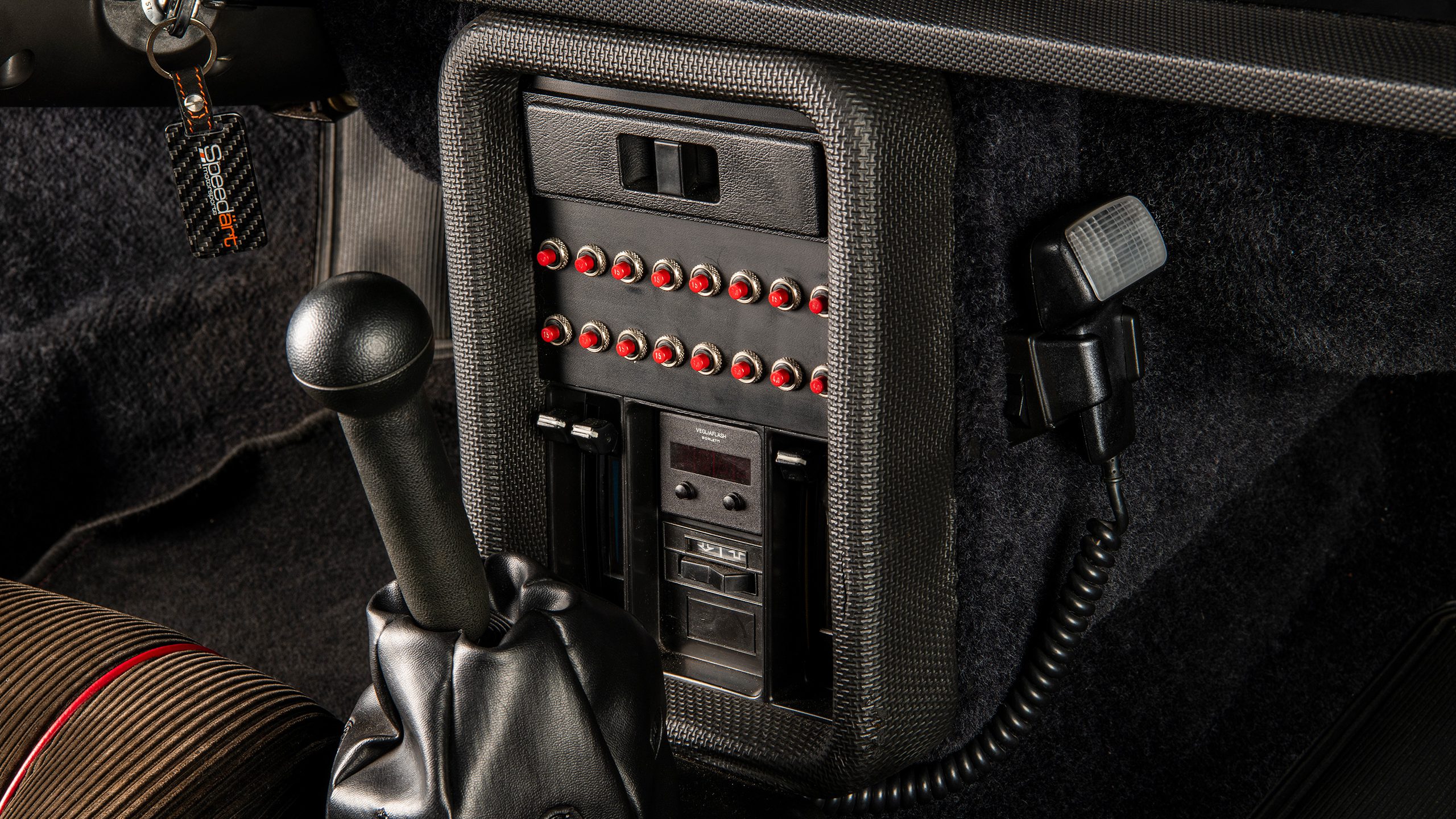 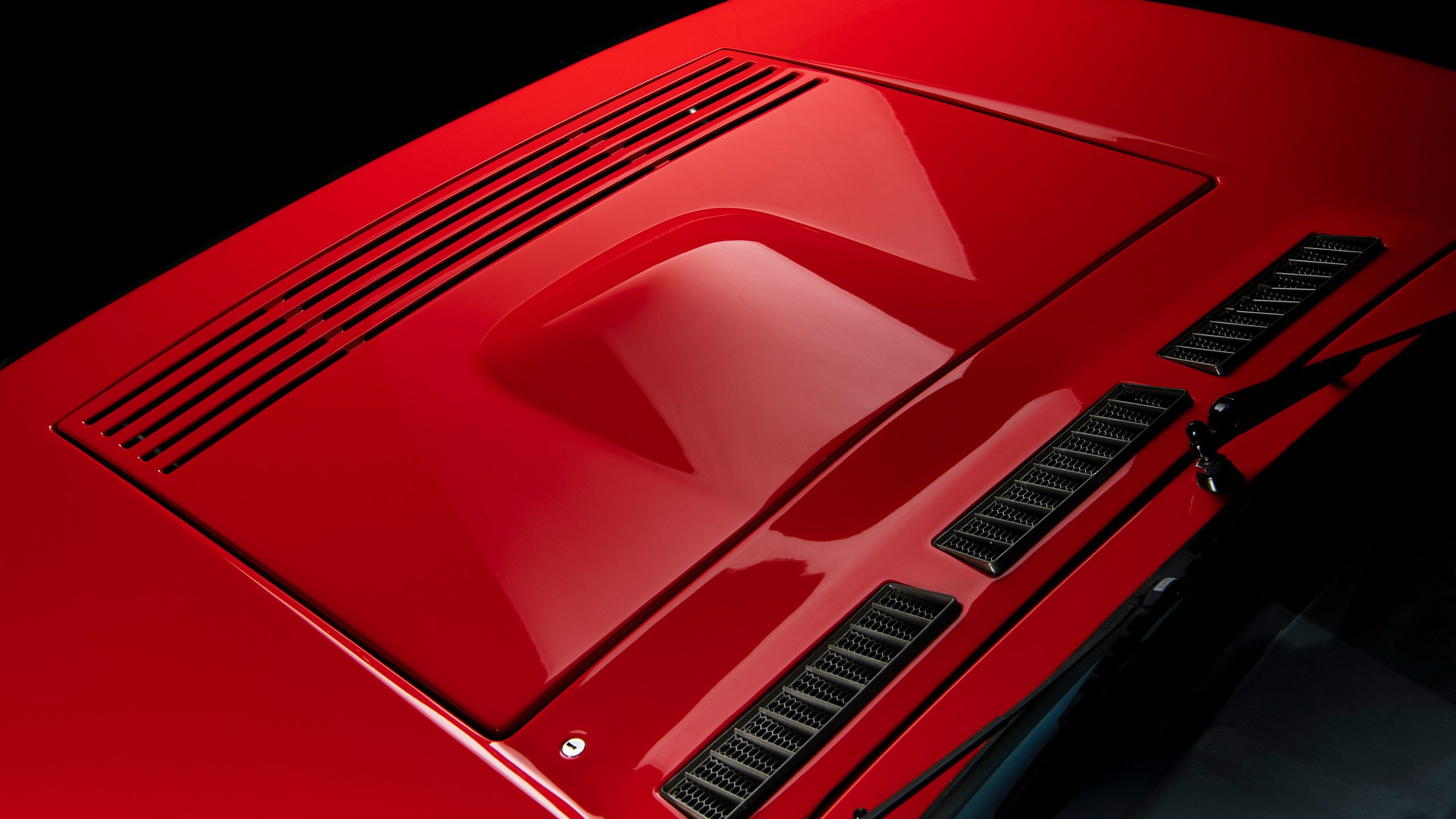 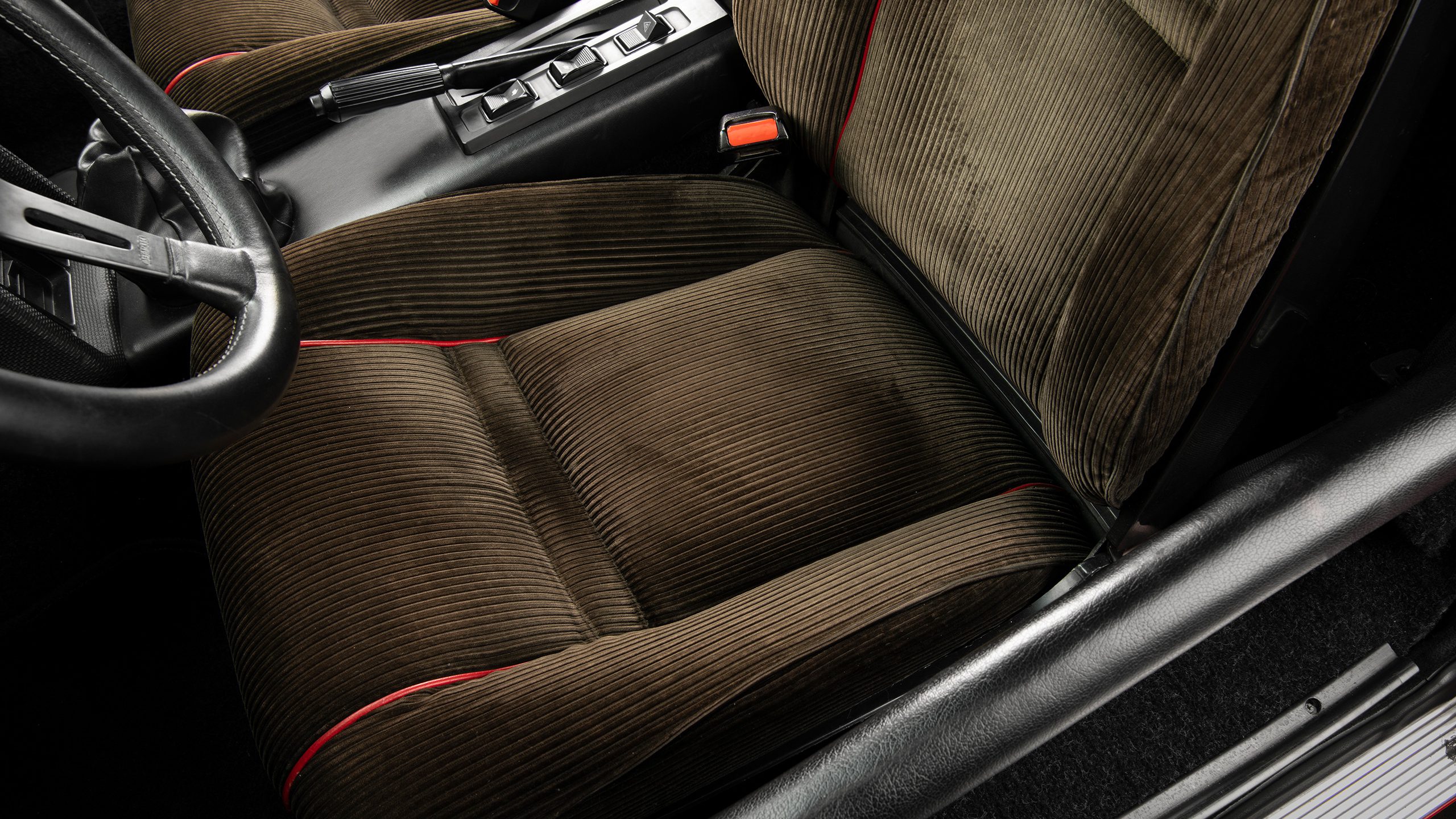 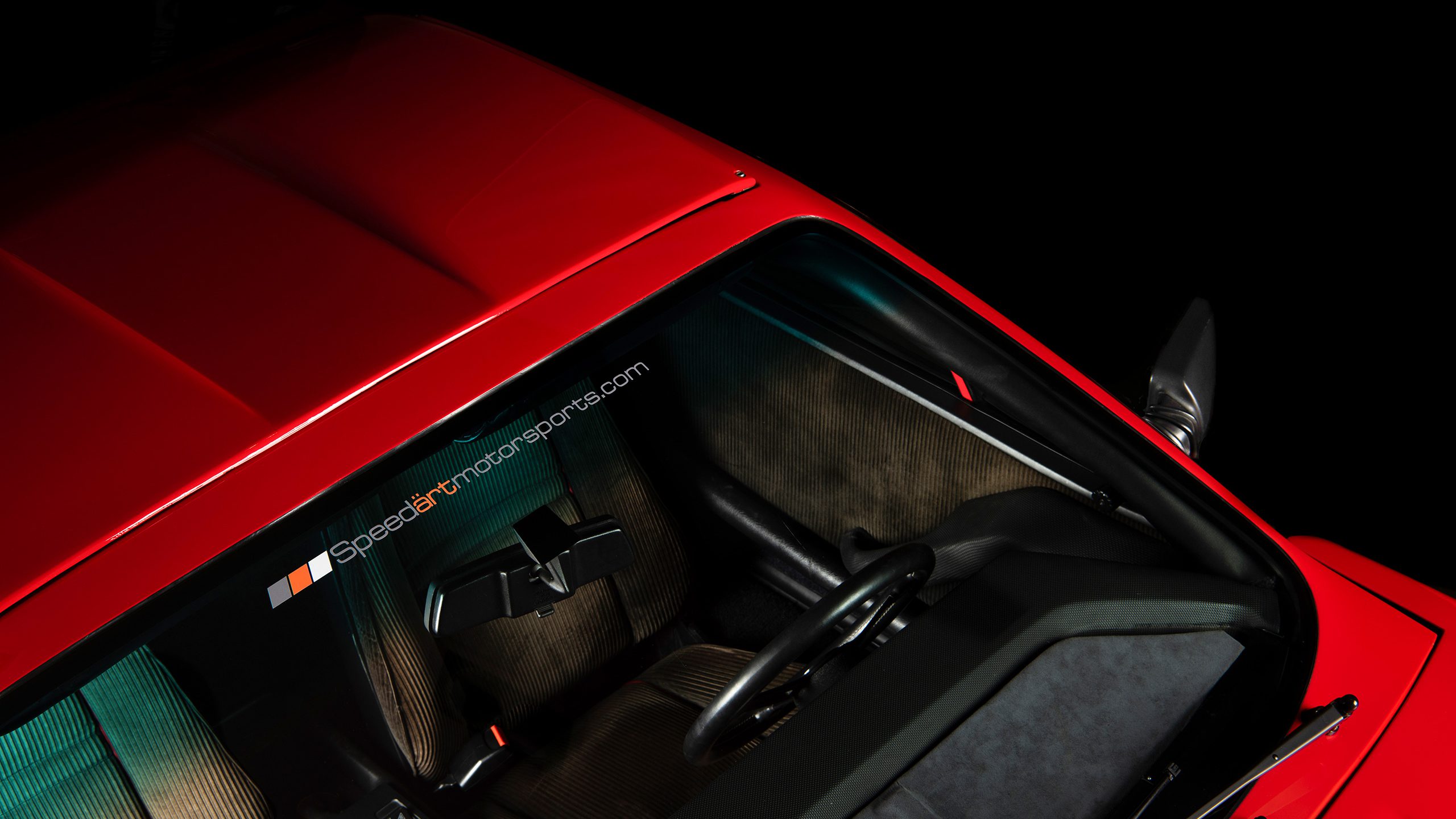 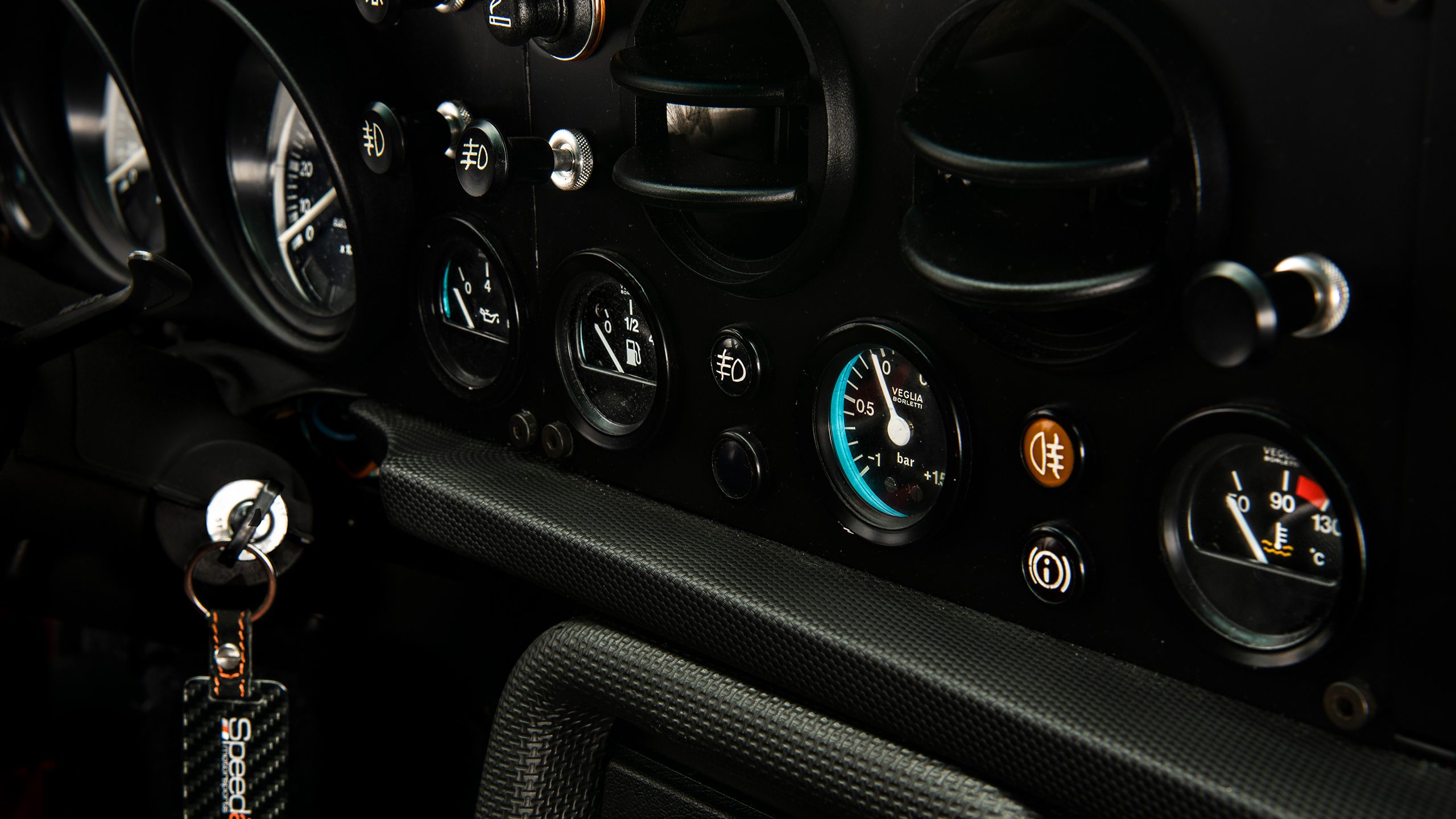 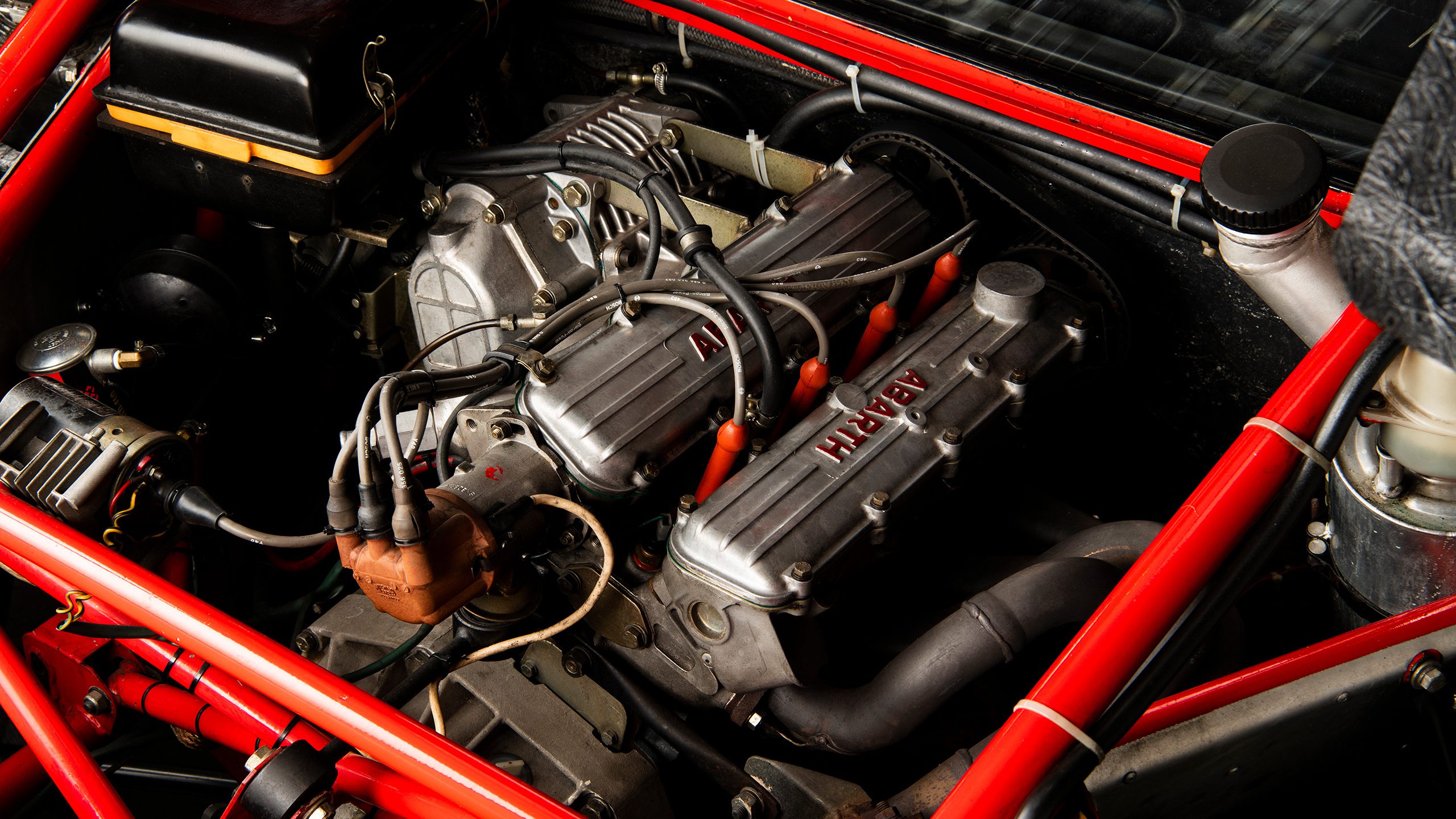 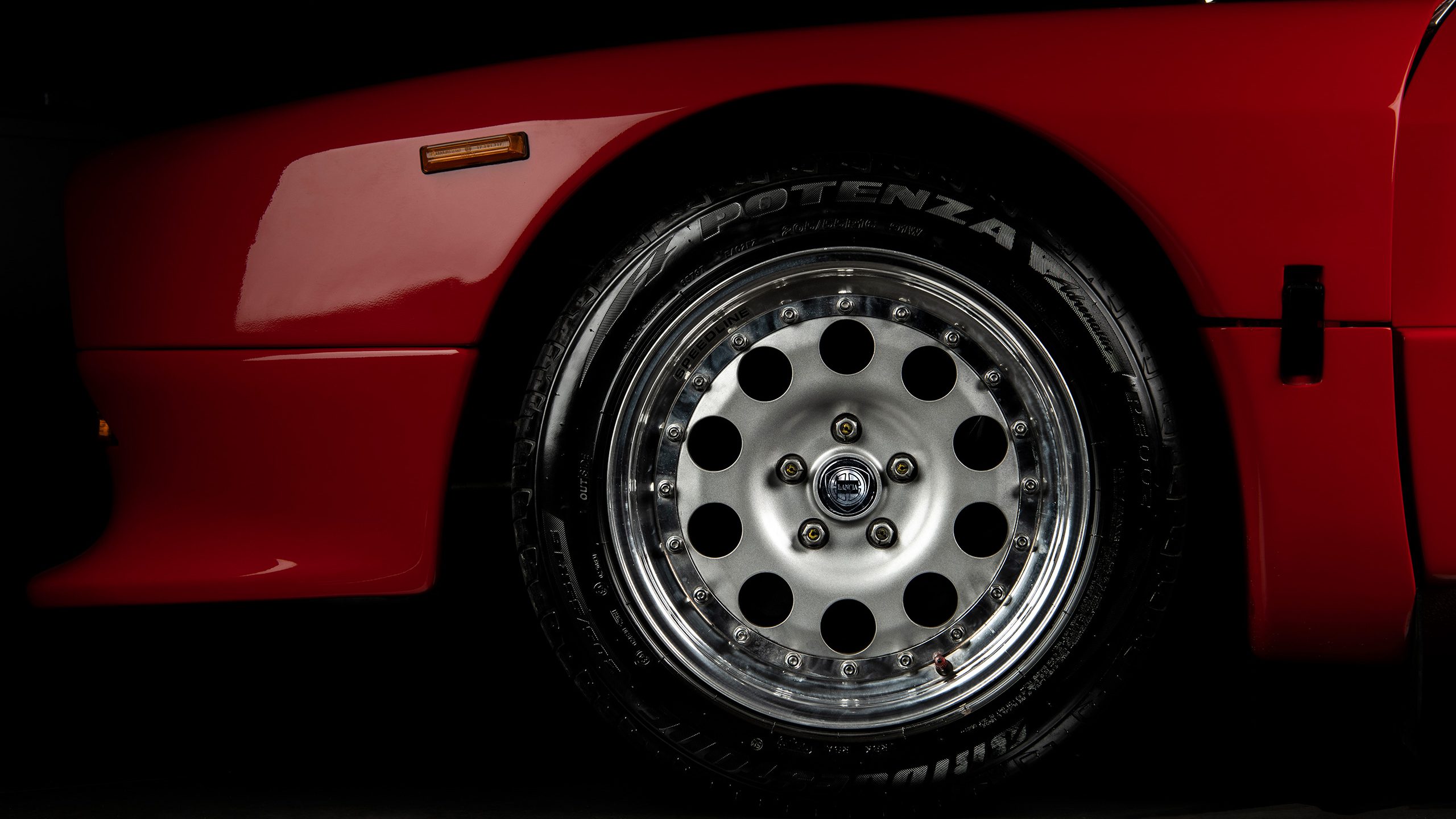 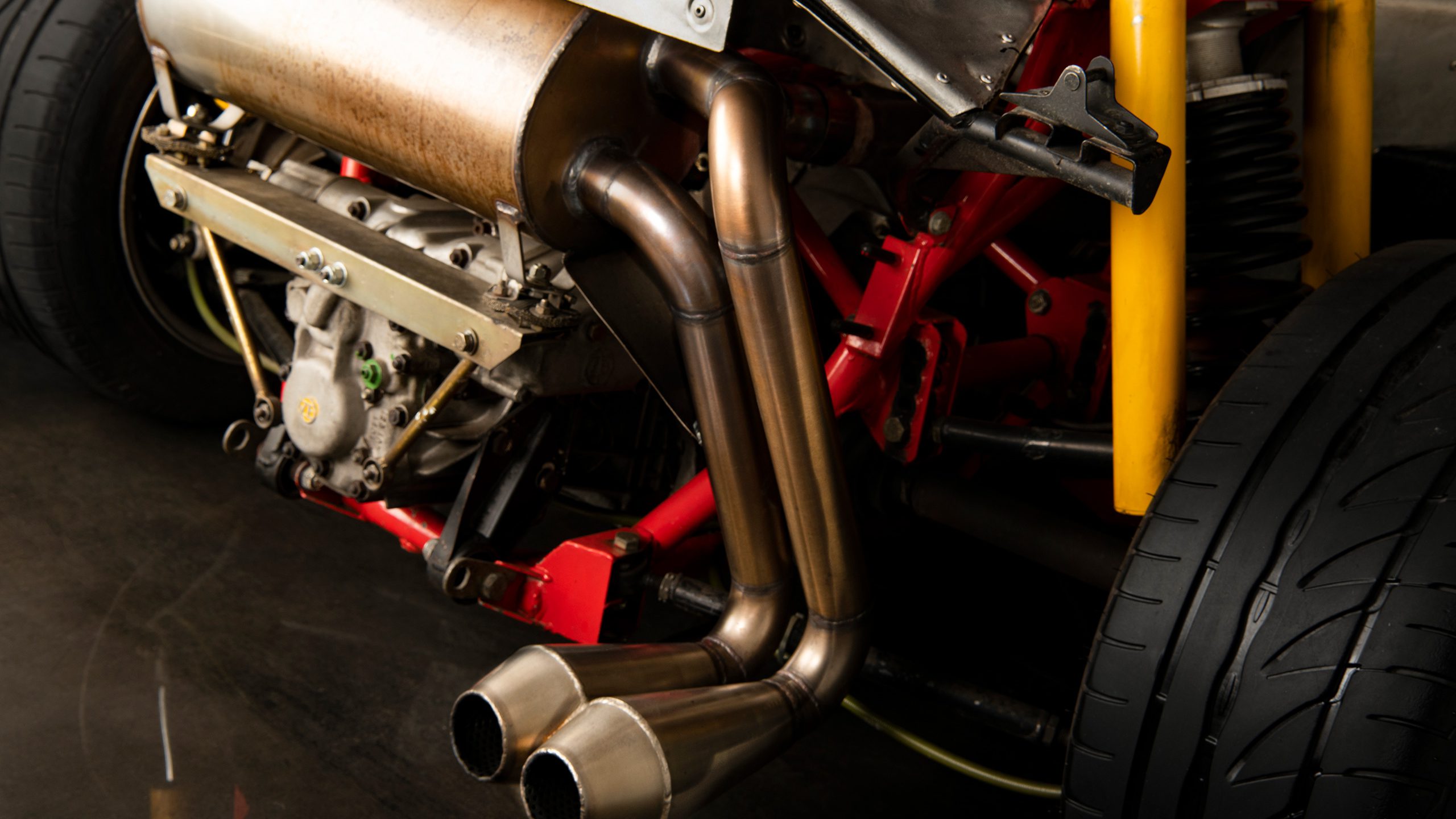 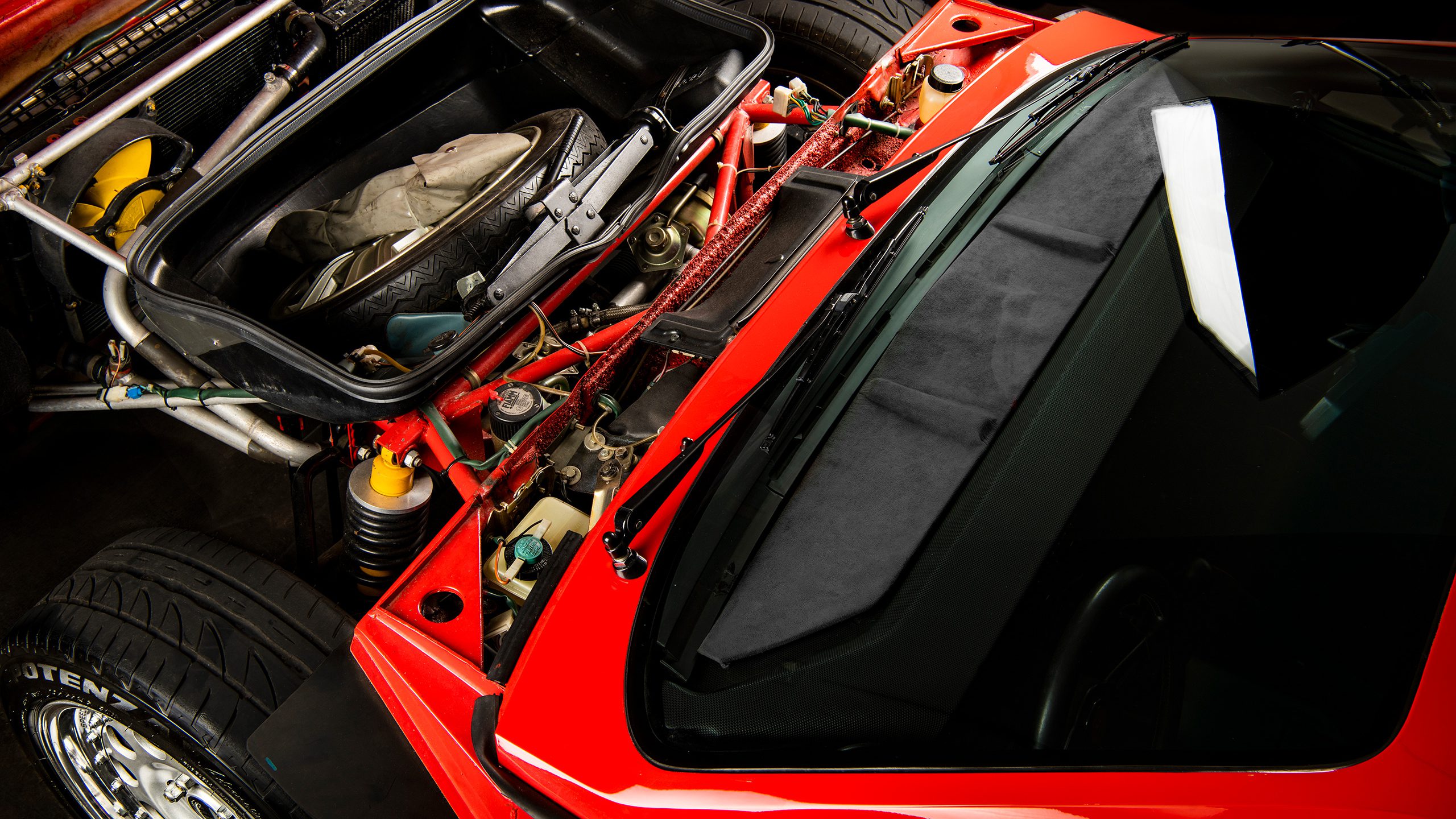 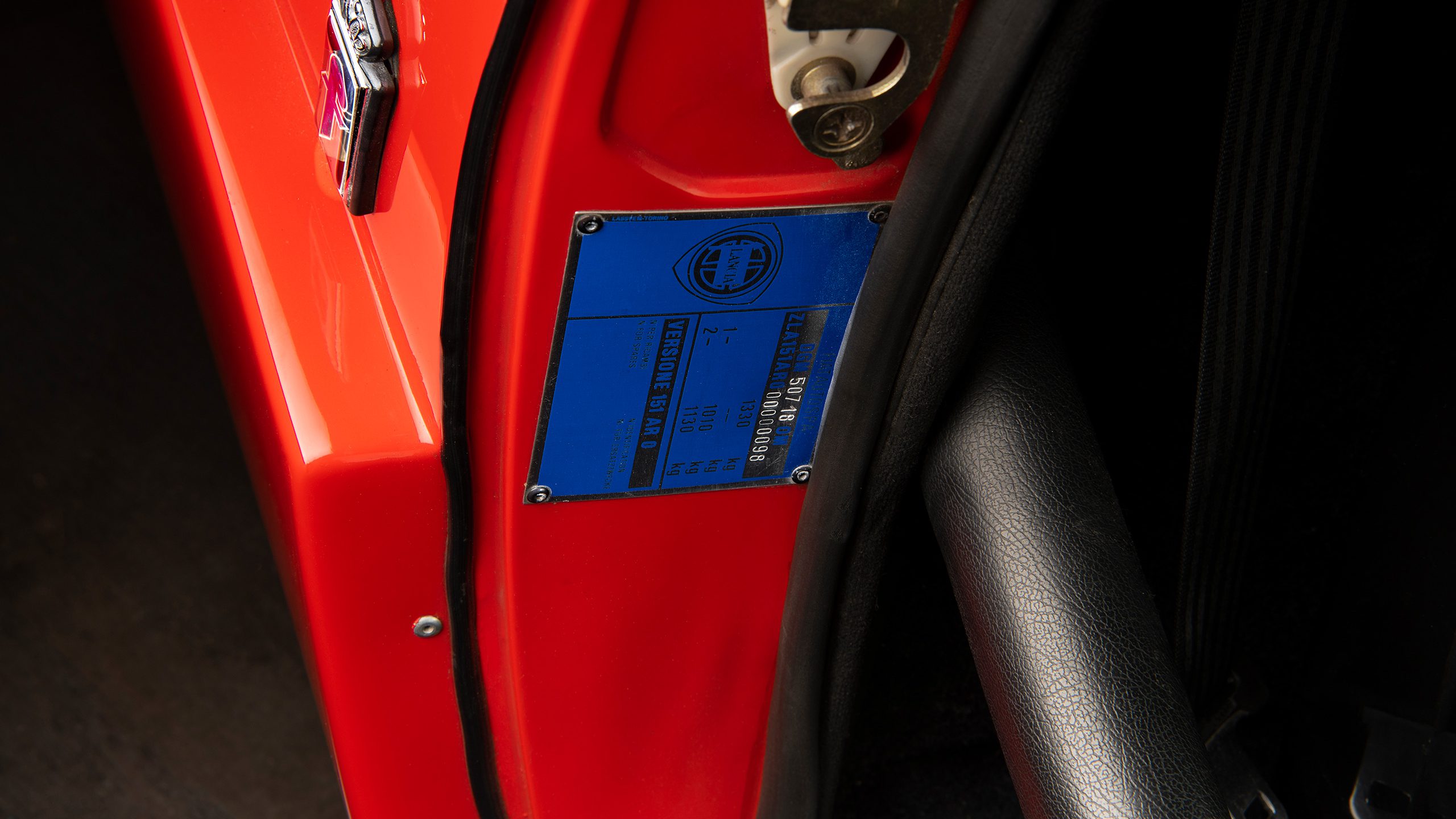 “The year 1982 was a development season for ‘Tipo 151’ but in the hands of drivers like Walter Röhrl, Markku Alén and Attilo Bettega, the 037 Rally won the Monte Carlo Rallye, Tour de Corse, Acropolis, New Zealand and Sanremo on its way to winning the 1983 WRC – Lancia’s fifth rally championship, and the last WRC title by any two-wheel-drive car. The required homologation Stradale versions have soft but aggressive lines, light but strong chassis, elastic but ferocious engine, powerful modular brakes, changeable set-up, excellent road manners and indeed stellar sporting performance. This is the appeal of  ‘L’Ultima Regina’ still able, in the third millennium while fascinating thousands of fans. In the following years the tradition of Italian thoroughbreds will continue to captivate audiences and today, it is still a symbol of mythical status”.

By the early 1980s, Fiat knew that for their domination of World and European rallying to continue, an all-new challenger conforming to the latest Group B regulations would have to be produced. The firm’s most recent participation had been with the boxy but effective Fiat 131 Abarth Rally which secured the 1977, 1978 and 1980 World Championships. Prior to that, Fiat’s Lancia subsidiary had claimed a hat-trick of titles in 1974, 1975 and 1976 with the legendary Stratos.

When the Stratos was replaced by the 131, the plan was for Fiat to participate in rallying while Lancia would compete in sports car racing. Formula 1 would be left to Ferrari. However, the decision was later reversed and, from 1982, Lancia returned to the special stages. Lancia’s rally campaign would dovetail with an attack on the World Sportscar Championship: in 1982 they raced the Group 6 LC1 after which the Group C LC2 took over. The firm had been involved in the World Sportscar Championship since 1979 (with the Group 5 Montecarlo Turbo) and backed by Martini & Rossi since 1980. Going forward, Martini would become title sponsor for Lancia’s rally and sports car programs.

The introduction of Group B regulations in 1982 was a watershed moment for rallying. Whereas the outgoing Group 4 category required production of 400 vehicles, this figure was halved in an attempt to stimulate greater manufacturer participation. The dramatically lowered homologation figure did lead to a surge of interest, but also spawned a new generation of ultra fast rally cars. Typically, these machines were designed from scratch purely for rallying and little thought was given to details like practicality or fuel efficiency. Within the course of a few seasons, this new generation of machinery had developed F1-rivaling power units.

Lancia were first out of the blocks with the Abarth-designed 037 Rally (Tipo 151 ARO). The car was developed in collaboration between Pininfarina, Abarth, Dallara and the project manager, engineer Sergio Limone, effectively superseding the mid-engined Stratos, a car that temporarily changed the face of world rallying on its way to 62 World and European victories. Fiat had acquired Abarth in 1971. The Corse Marche outfit initially handled Fiat’s competition program before its remit was expanded to cover Lancia as well.

The first top secret 037 Rally prototype was completed in late 1980. After several encouraging tests, Fiat gave the green light in spring 1981. Lancia planned to have the 200 cars required for Group B inspected on April 1st 1982. Sure enough, they hit their target. Homologation was duly approved and the 037 Rally was unveiled 19 days later at the Turin Motor Show. By this point, Markku Alen and Attilio Bettega had already given the model its competition debut on the Rally Costa Smeralda (a round of the European Championship).

Bodywork was designed by Pininfarina and most of the panels were fiber glass reinforced Kevlar. Given the complexity of painting composites, only one color was offered: Rosso Corsa (Competition Red). The single piece nose was fastened in place by quick-release catches behind each front wheel. It tilted forwards to reveal a fiber glass bin that housed a space saver wheel, a jack and other sundry equipment.  Oil and water radiators were mounted on the tubular subframe. To accommodate the spare wheel, Pininfarina added a distinctive bulge on the heavily vented and otherwise ultra low profile hood.

The blunt nose was home to twin headlights either side of a traditional Lancia grille. The front apron housed a brace of rectangular Carello fog lights and an integrated chin spoiler. Aside from a double bubble roof, the cockpit profile was effectively a direct copy of the Lancia Montecarlo. Like the front, the entire rear body section lifted up in one piece (external hinges were mounted at the trailing edge of the roof). The supercharged motor was on full view thanks to a large rear screen. Cool air was fed into the engine bay via two satin black sail panel intakes.

Tail lights were lifted from the Lancia Montecarlo and mounted either side of a heavily vented fascia. Additional vertical banks of cooling slats were carved out from the bumper either side of the license plate recess. Buyers could specify an optional rear spoiler which was variously finished in body color (Red) or Satin Black.

The 037 Rally featured a central steel monocoque with 2,240mm wheelbase and subframes at either end. The front subframe was used to carry the suspension and radiators, the rear subframe supported the engine, gearbox, suspension and fuel tanks. Both subframes were made from tubular steel with a 35mm diameter.

Suspension was via double wishbones all-round with one gas-filled Bilstein damper per side at the front and two per side at the rear. Ride-height was fully adjustable. An anti-roll bar was installed at the front but not at the rear. Even though Audi had launched the pioneering four-wheel drive Quattro at Geneva in March 1980, Lancia decided that, for now, a lighter, less complicated, rear-wheel drive machine was the way to go. 300mm Brembo self-ventilating disc brakes were fitted all round along with 16-inch diameter Speedline alloy wheels. The handsome ‘Pepperpot’ rims measured 8-inches wide at the front, 9-inches wide at the rear and came shod with Pirelli’s latest P7 Corsa tires. Two 35-litre fuel tanks were installed up against the rear bulkhead either side of the engine.

The engine displaced 1,995cc thanks to a bore and stroke of 84mm and 90mm respectively. Fuel feed was courtesy of a single Weber DCVNH 15/250 twin choke carburetor. Lancia opted for Marelli AEI 200 electronic ignition and a 7.5:1 compression ratio. In this configuration, peak output was 205bhp at 7,000rpm and 167b-ft at 5,000rpm.

The cockpit was created with a view to rallying success as opposed to avant-garde aesthetics. Velour fabric seats were imported from the Montecarlo but everything else was brand new. Access required navigation over large tubular roll cage side members.

A full width fiberglass dash was upholstered in a soft-touch neoprene material. The instrument binnacle was given a black alloy fascia. It housed a large 260kmh speedometer and 10,000rpm tach plus smaller read outs for oil temperature, oil pressure, water temperature, boost pressure and fuel.

The vertical centre console was home to a bank of heat-proof fuses, a clock and the ventilation controls along a map light accessible to the passenger/navigator. Electric window switches were mounted alongside the handbrake. A leather-rimmed three-spoke Abarth steering wheel was fitted along with a double-glazed window to the engine bay.

We at Speedart Motorsports, are extremely proud to announce our latest exhibit of what we believe to be the only example available in the American market place at the time of this listing and one of the most original and unmolested specimens in captivity; an opportunity not to be missed.

Chassis No. 98 has covered a little over 11,000 kms and is presented in exceptionally original, unrestored condition. The silhouette, polyester-resin body still retains the factory first paint with minimum patina and all panels including the tubular chassis are free of any corrosion. The interior black corduroy upholstery has acquired a light bronze hue with the passage of time but all surfaces are still intact and original without any tears or notable blemishes. The neoprene dash and interior components are in wonderful condition as well as the Saint Gobain – Securit glass and Lexan engine screens.

The Rally 037 was fully serviced and prepared by the famed ex-Lancia works Baldi brothers during its European custodianship and curated properly with such claims substantiated by the documented provenance and a comprehensive history folio, accompanying the motorcar. The glorious Lampredi inline-four starts instantly and its smooth tickover confirms the motor’s remarkable tune. The ZF five-speed synchromesh gearbox is equally impressive and flawlessly engaged via the Valeo ceramic single disk clutch.

Speedart Motorsports invites all Group B aficionados and marque enthusiasts to witness up-close and personal this legendary thoroughbred in our motoring gallery, located near the design district of Miami.