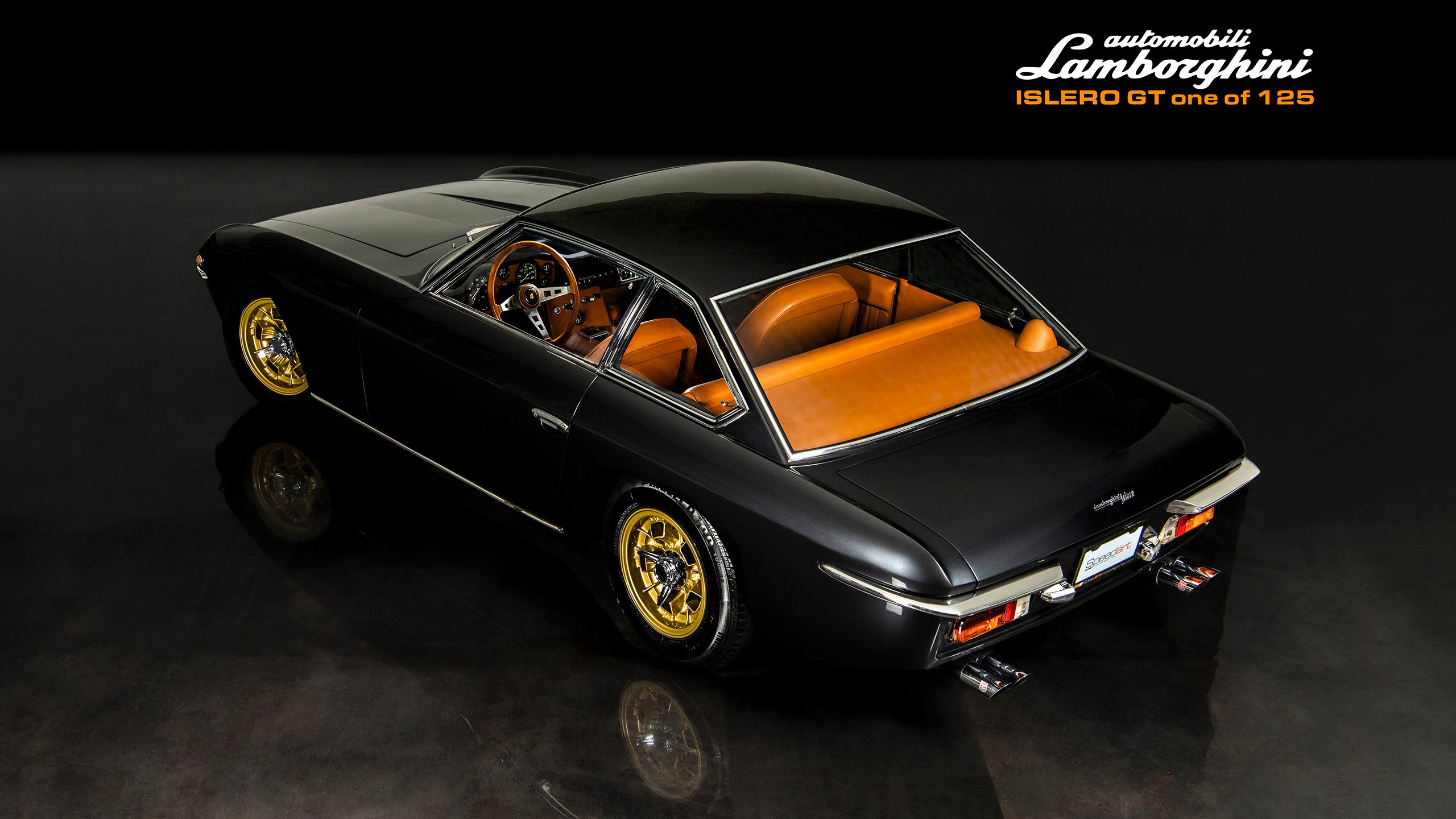 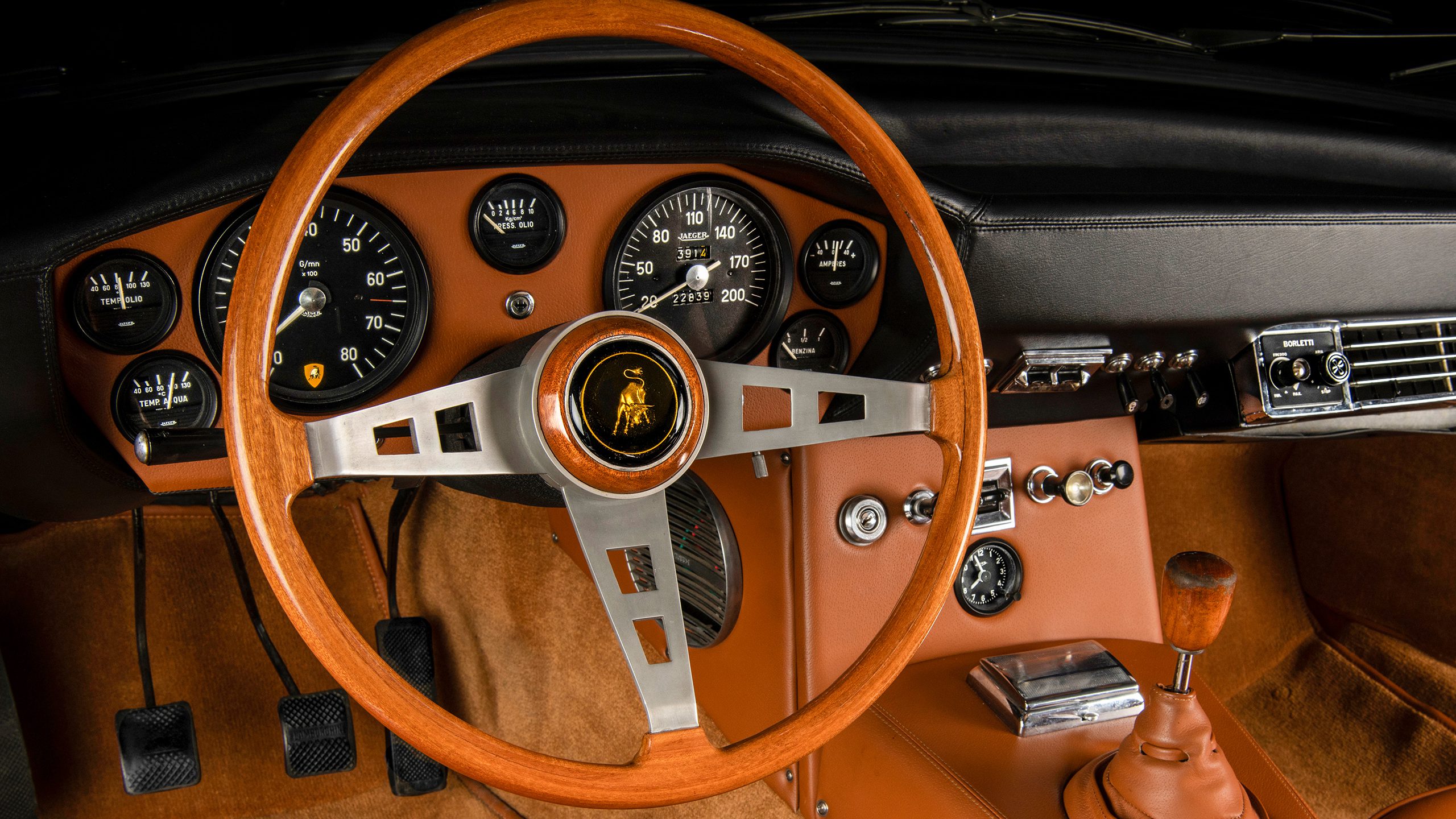 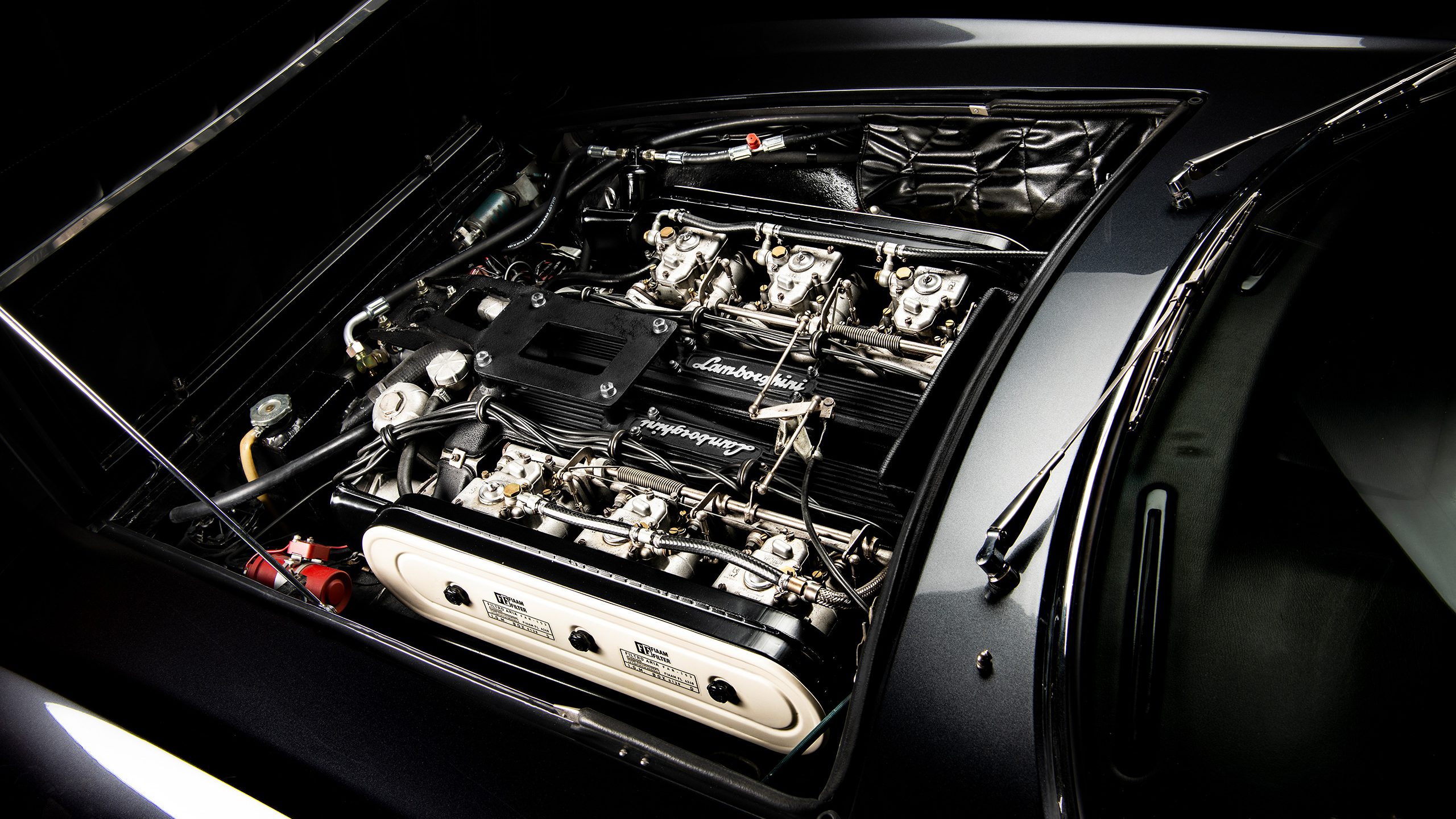 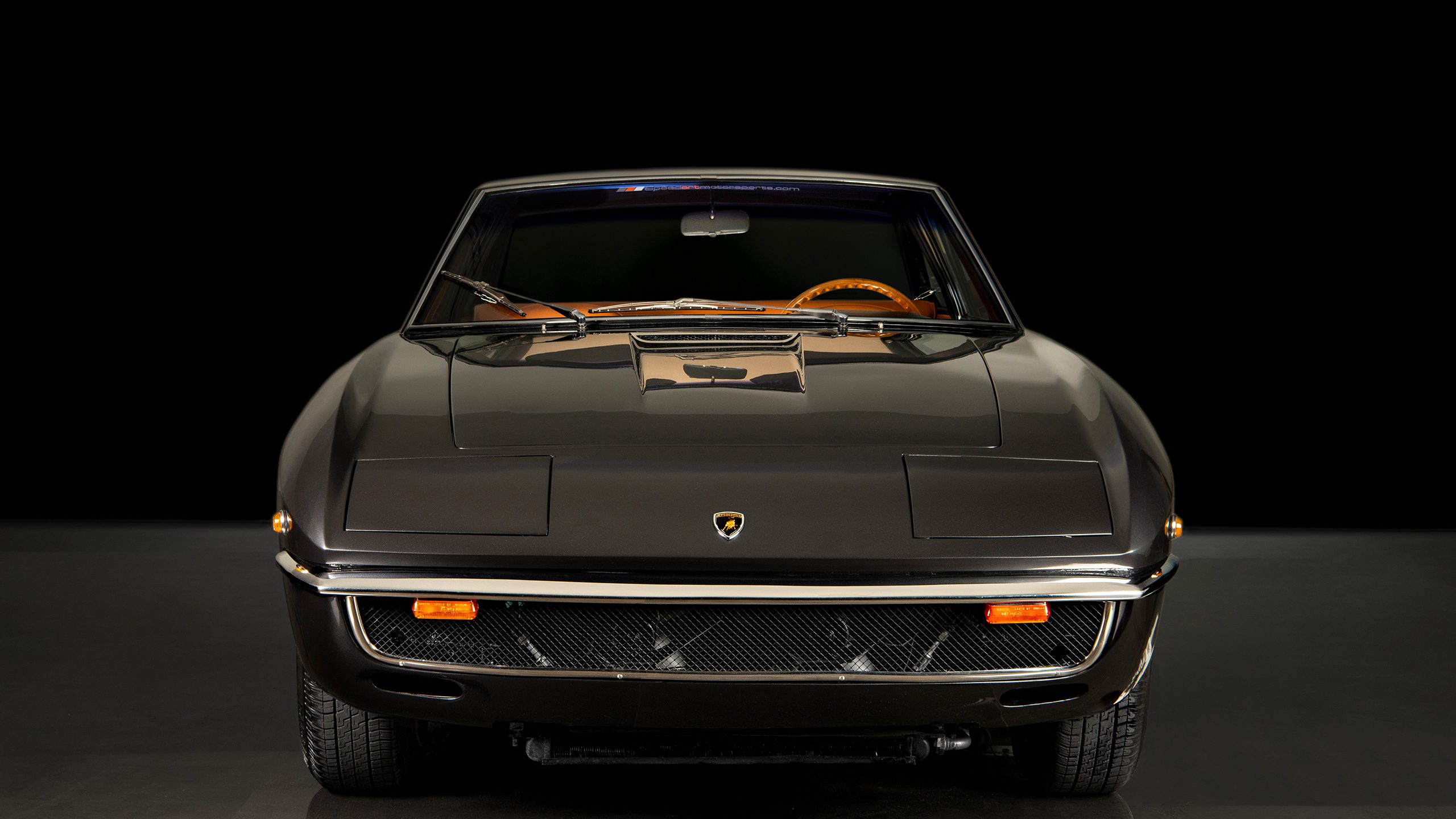 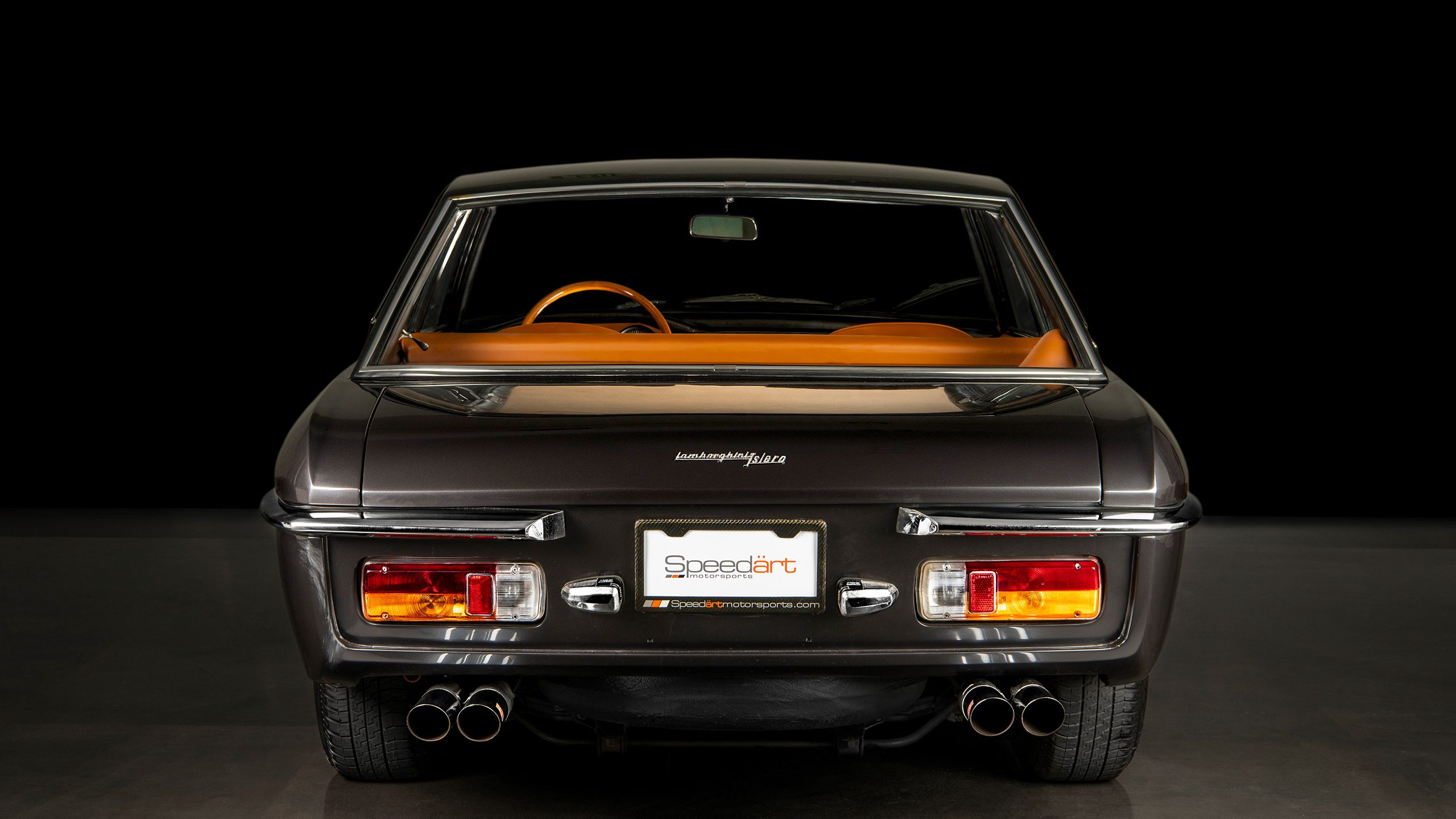 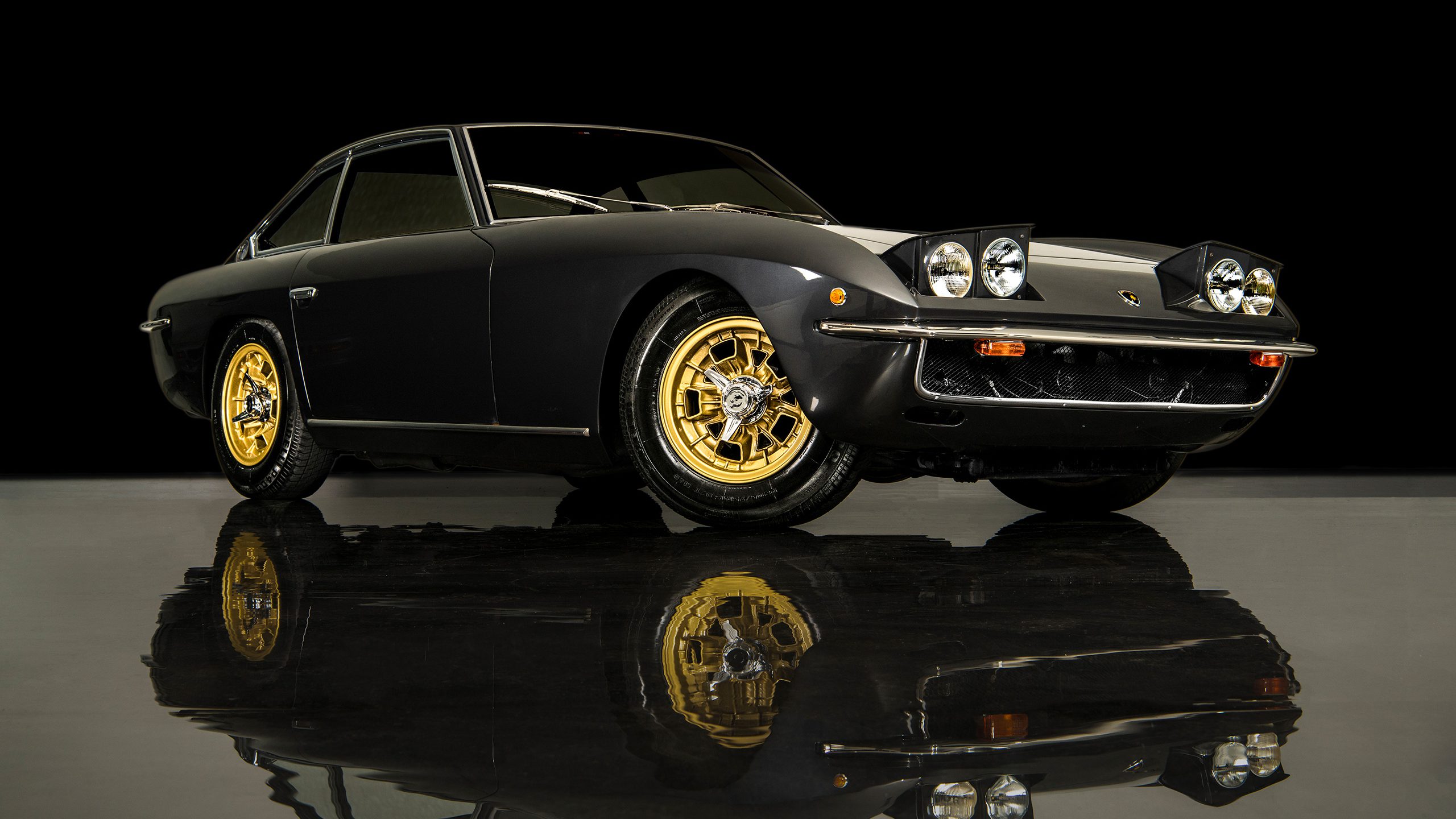 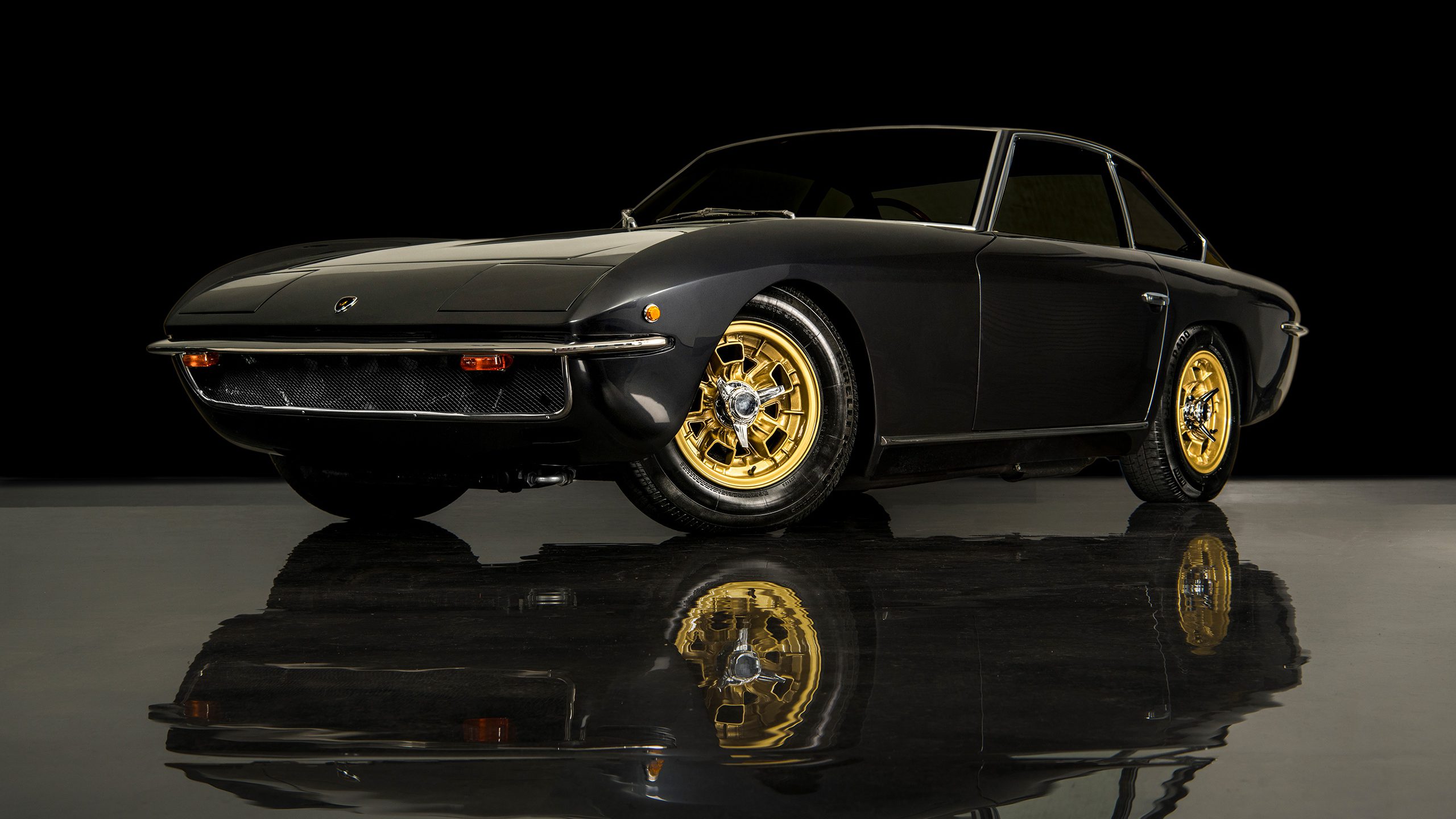 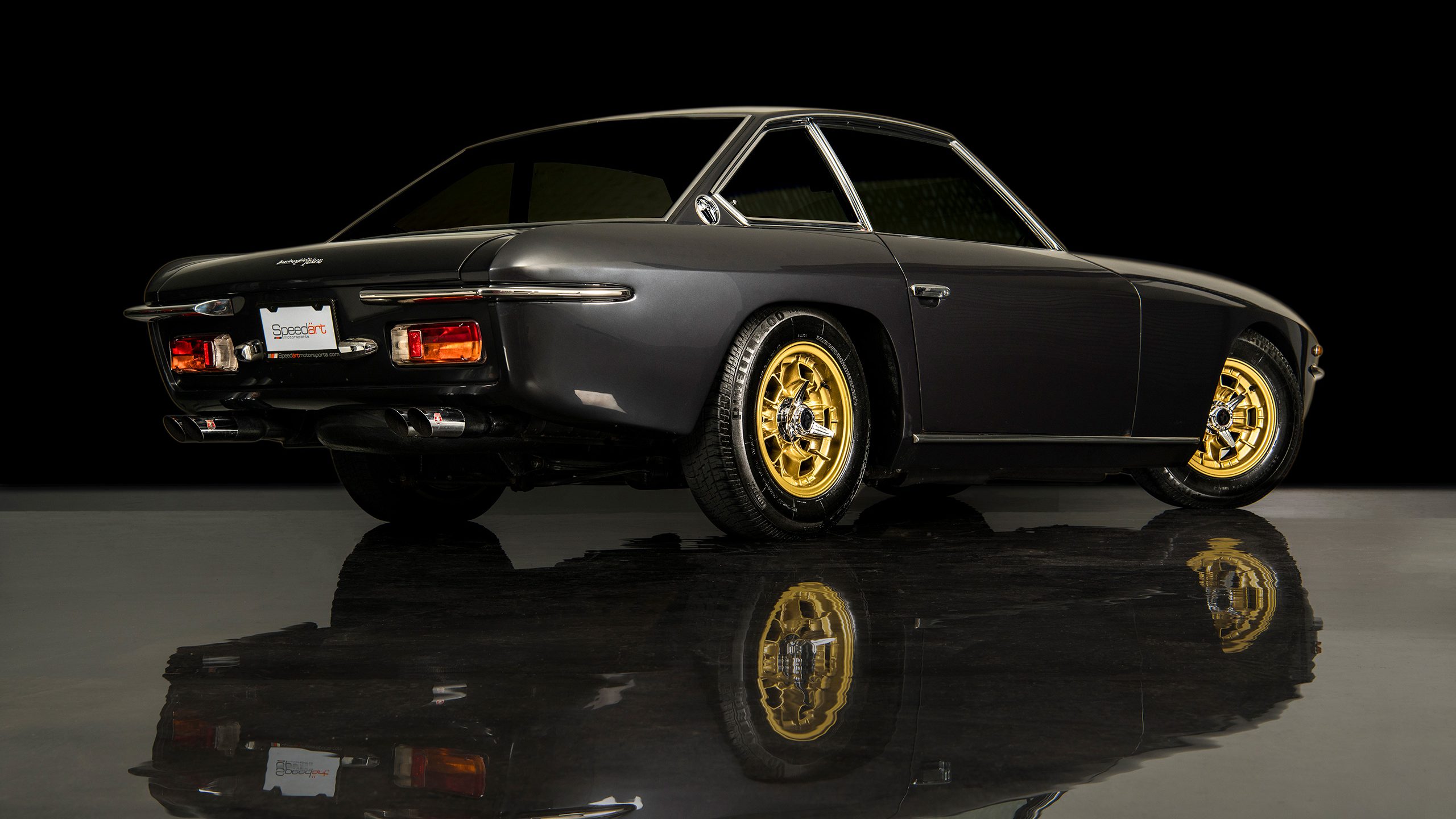 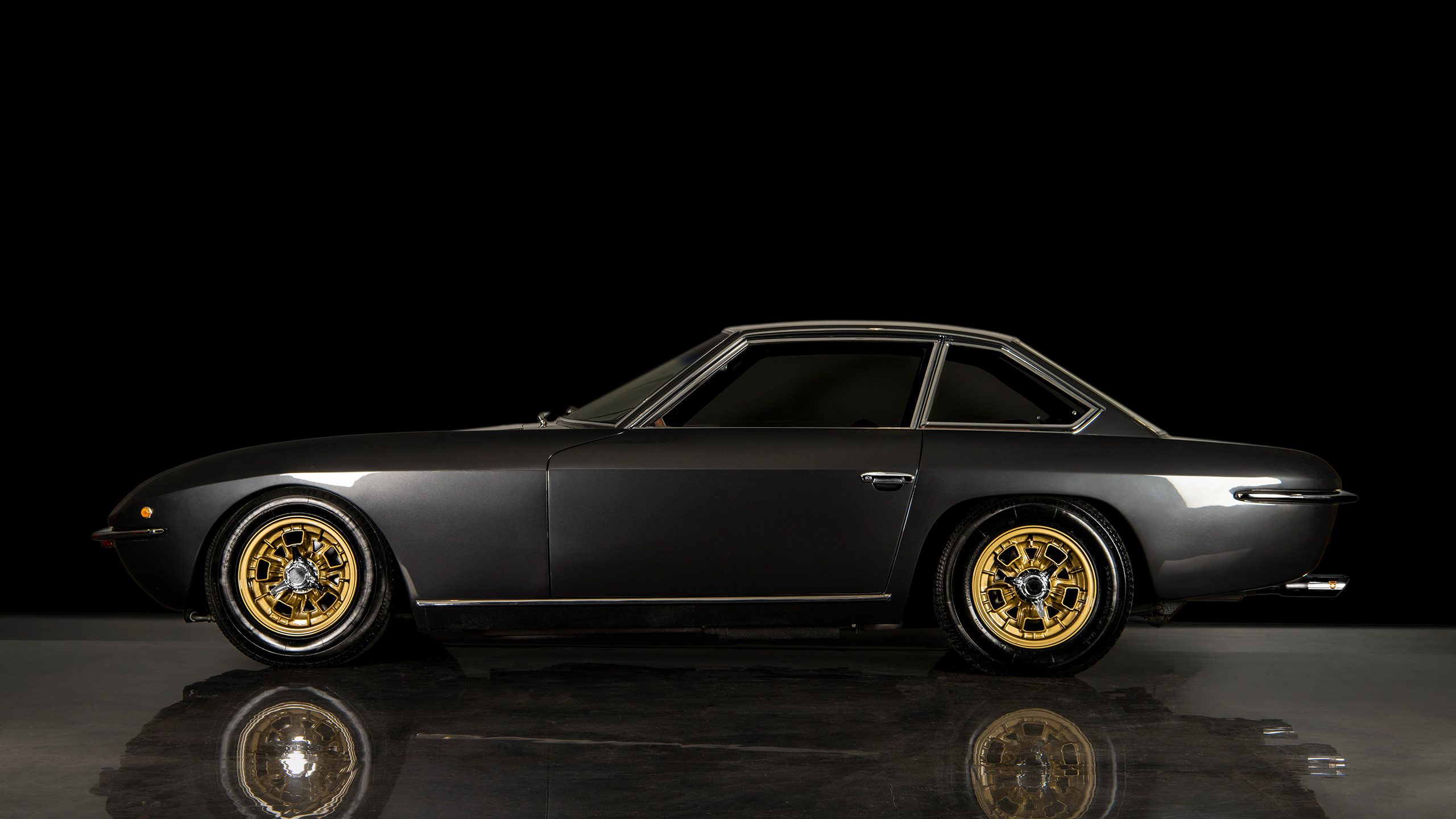 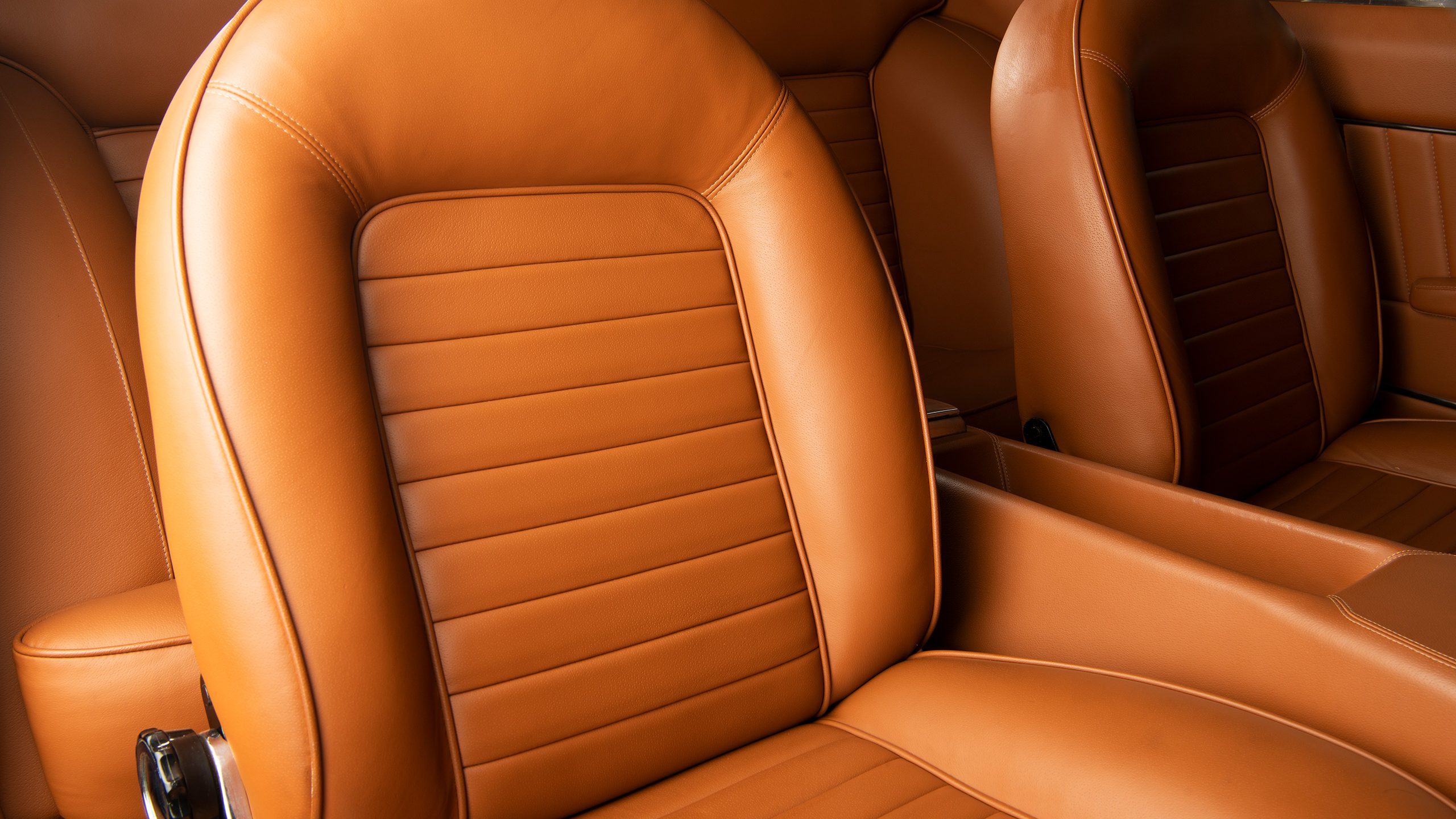 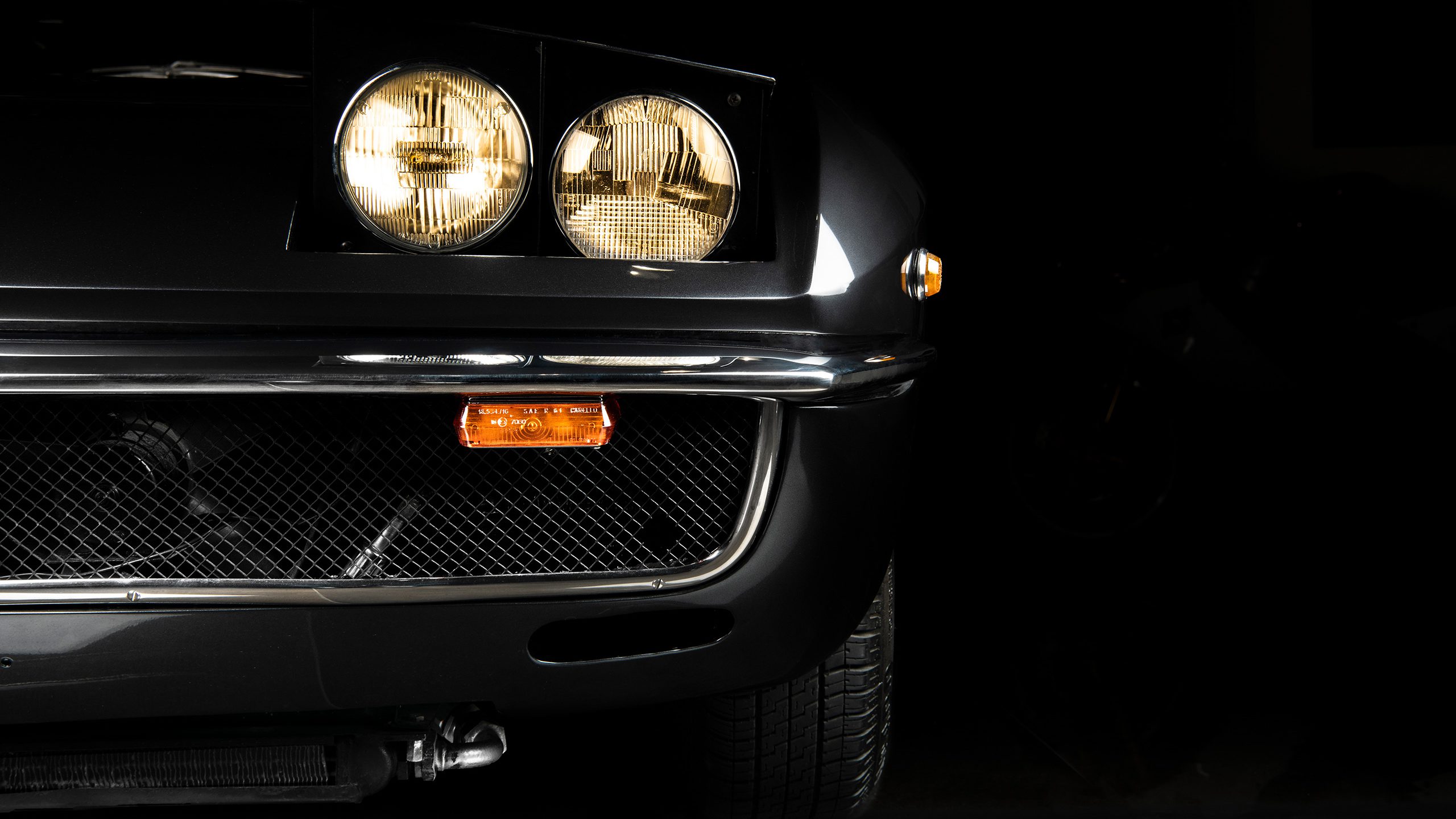 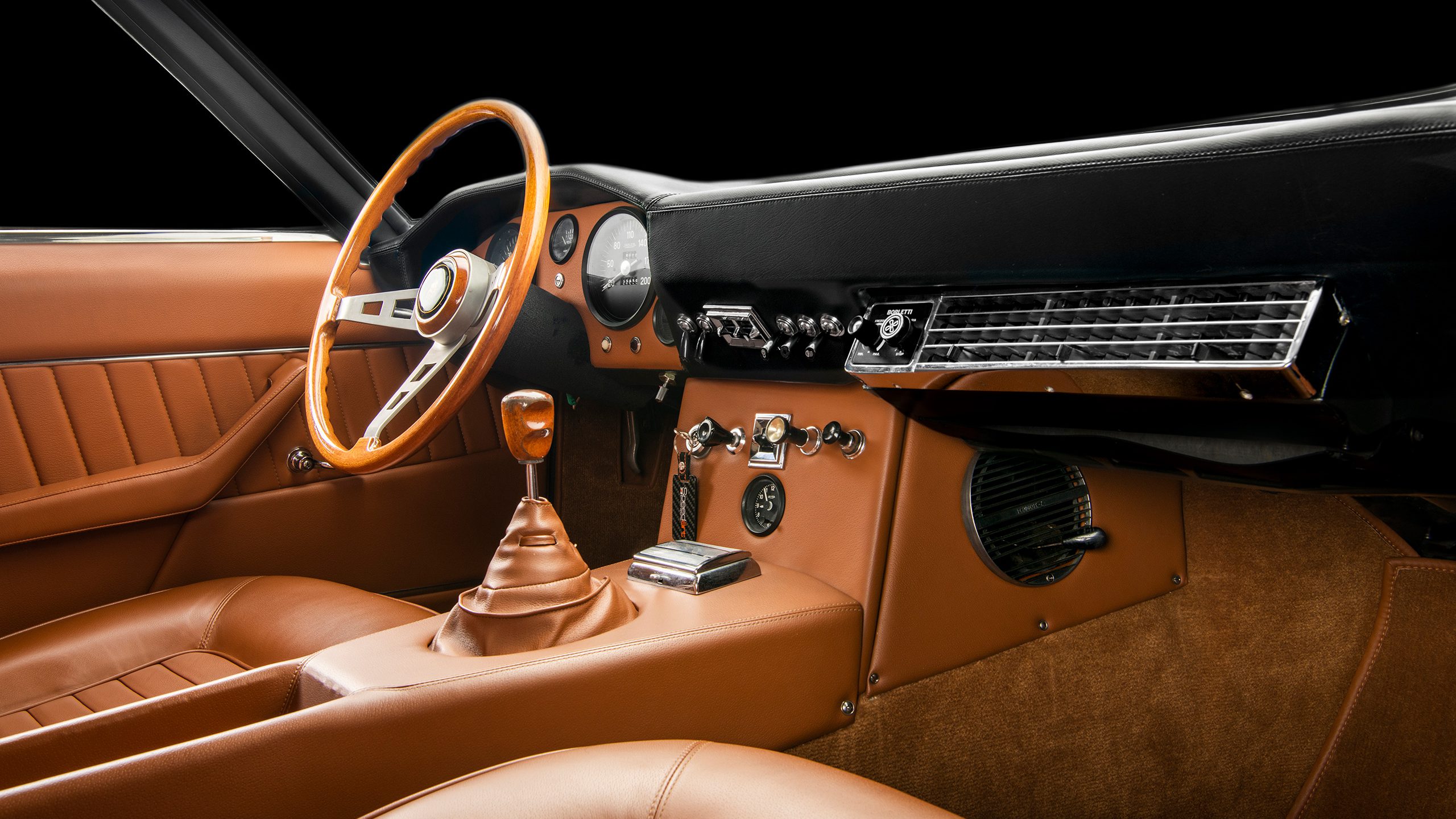 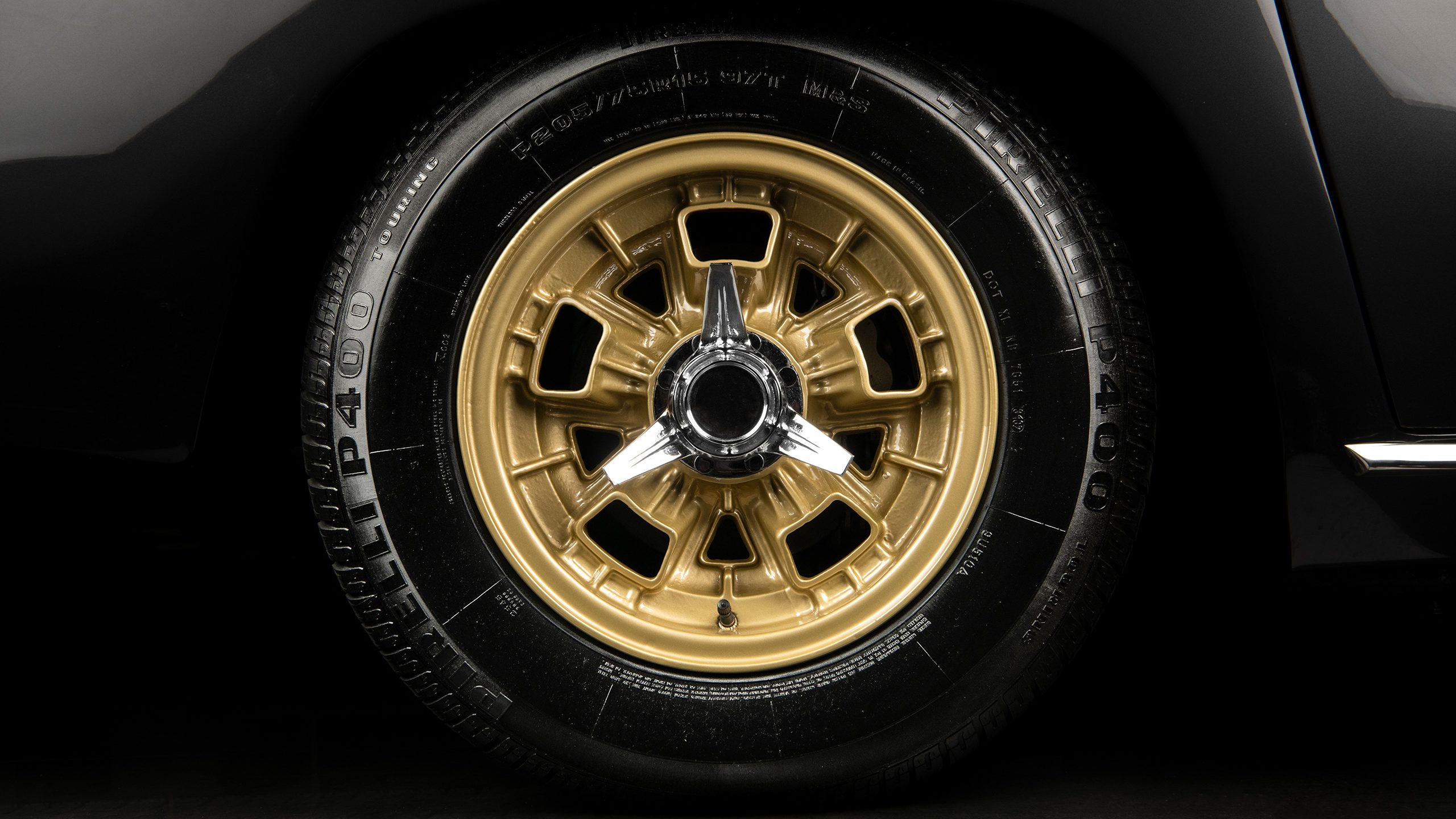 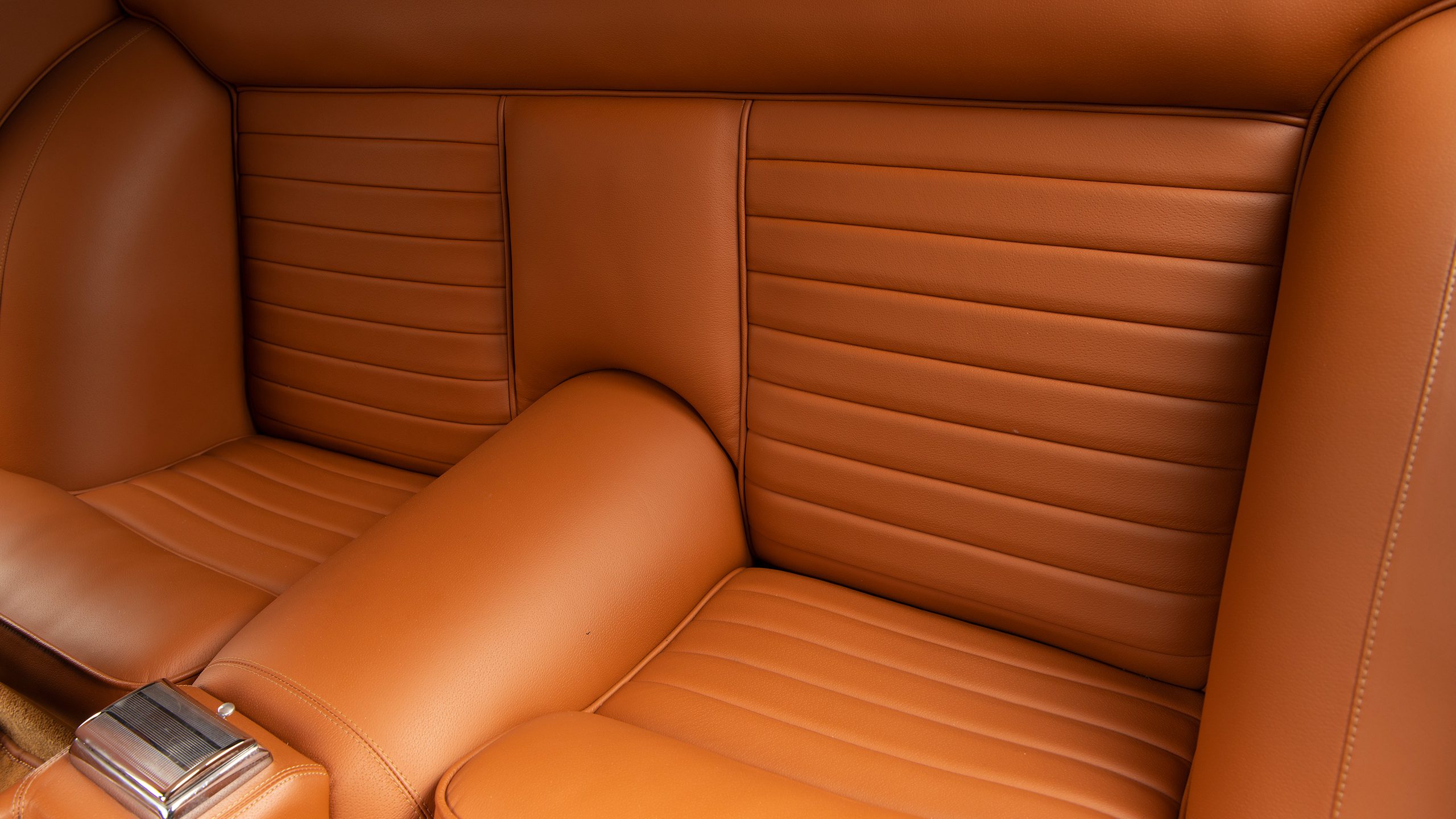 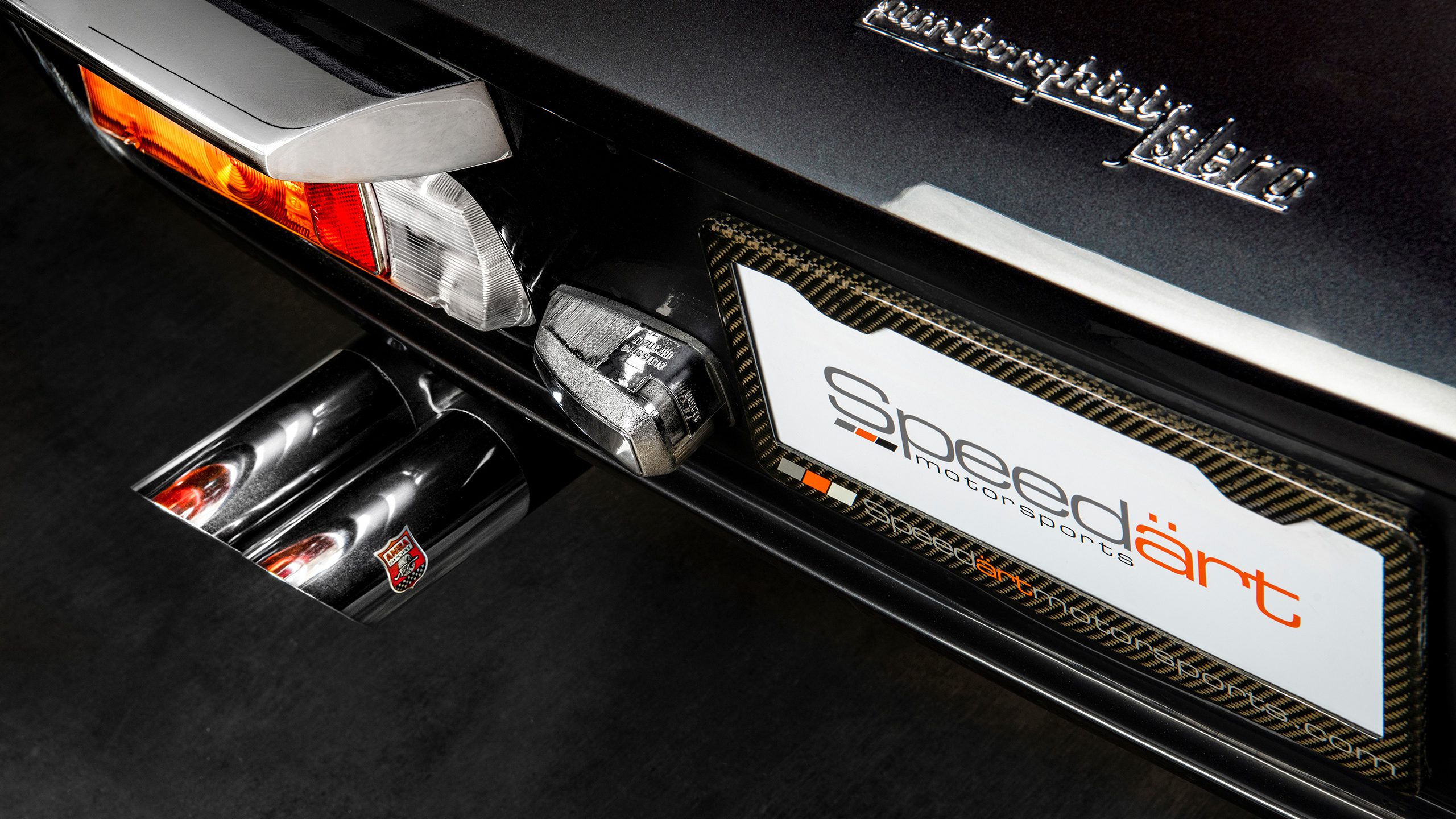 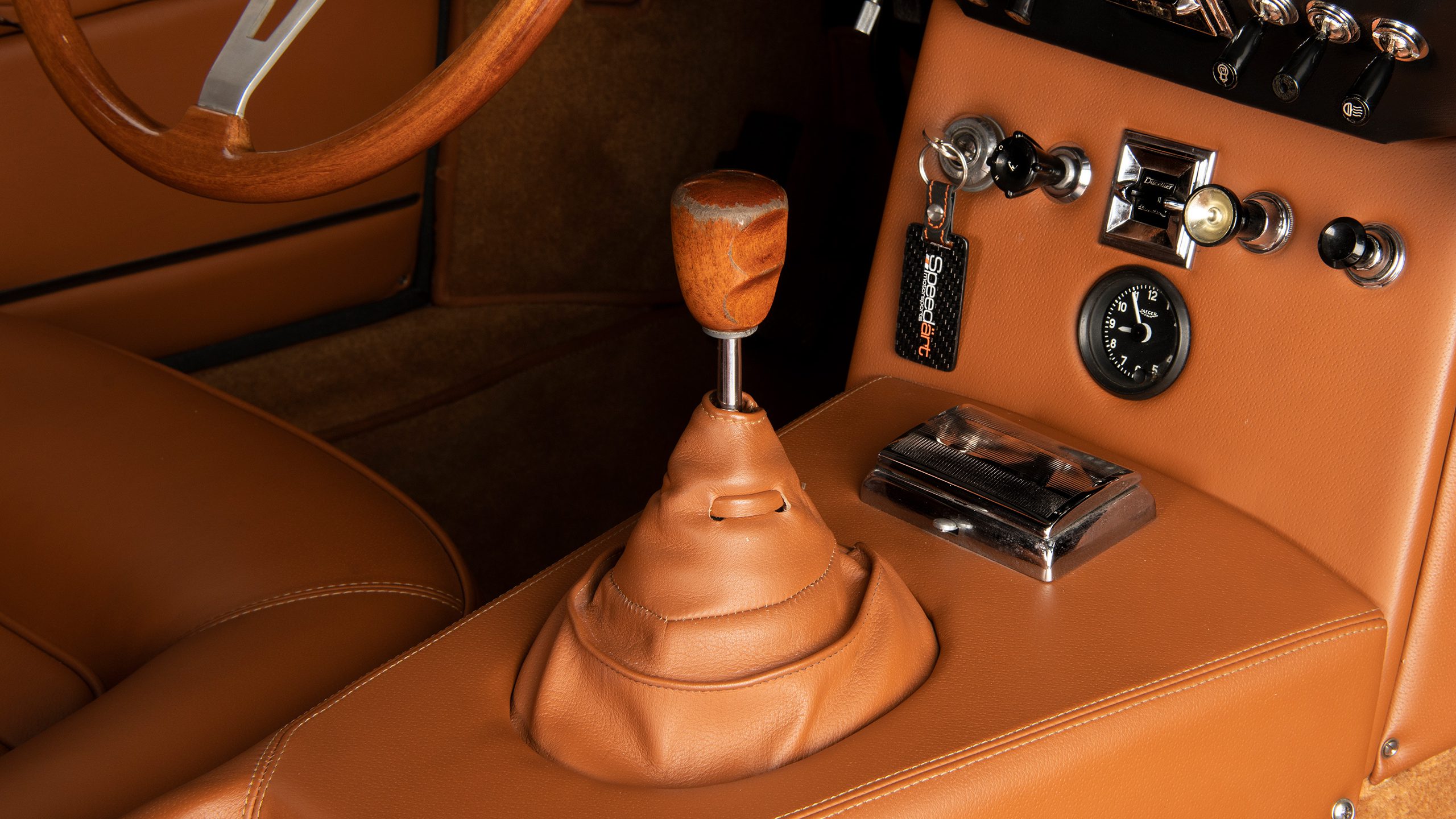 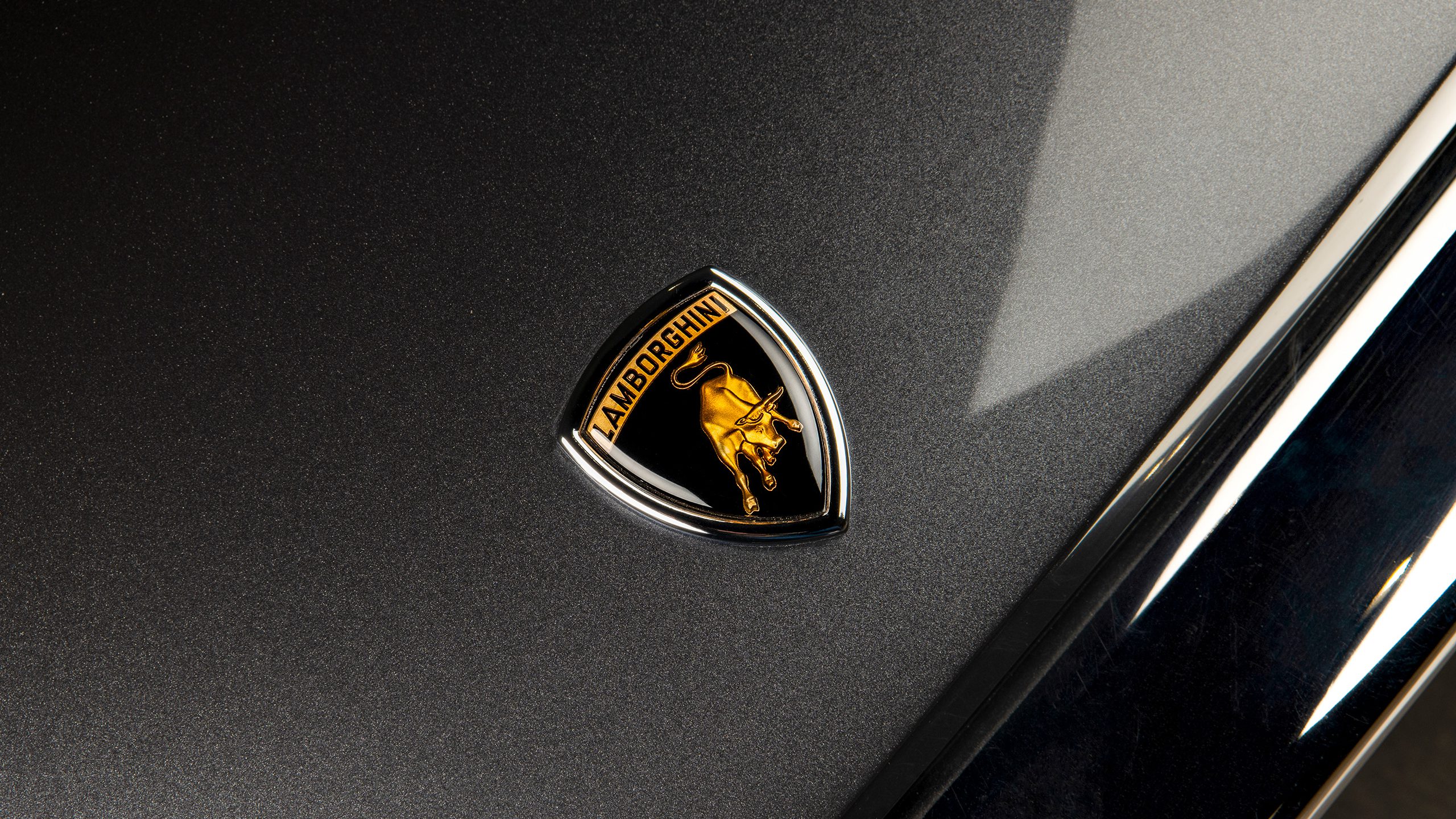 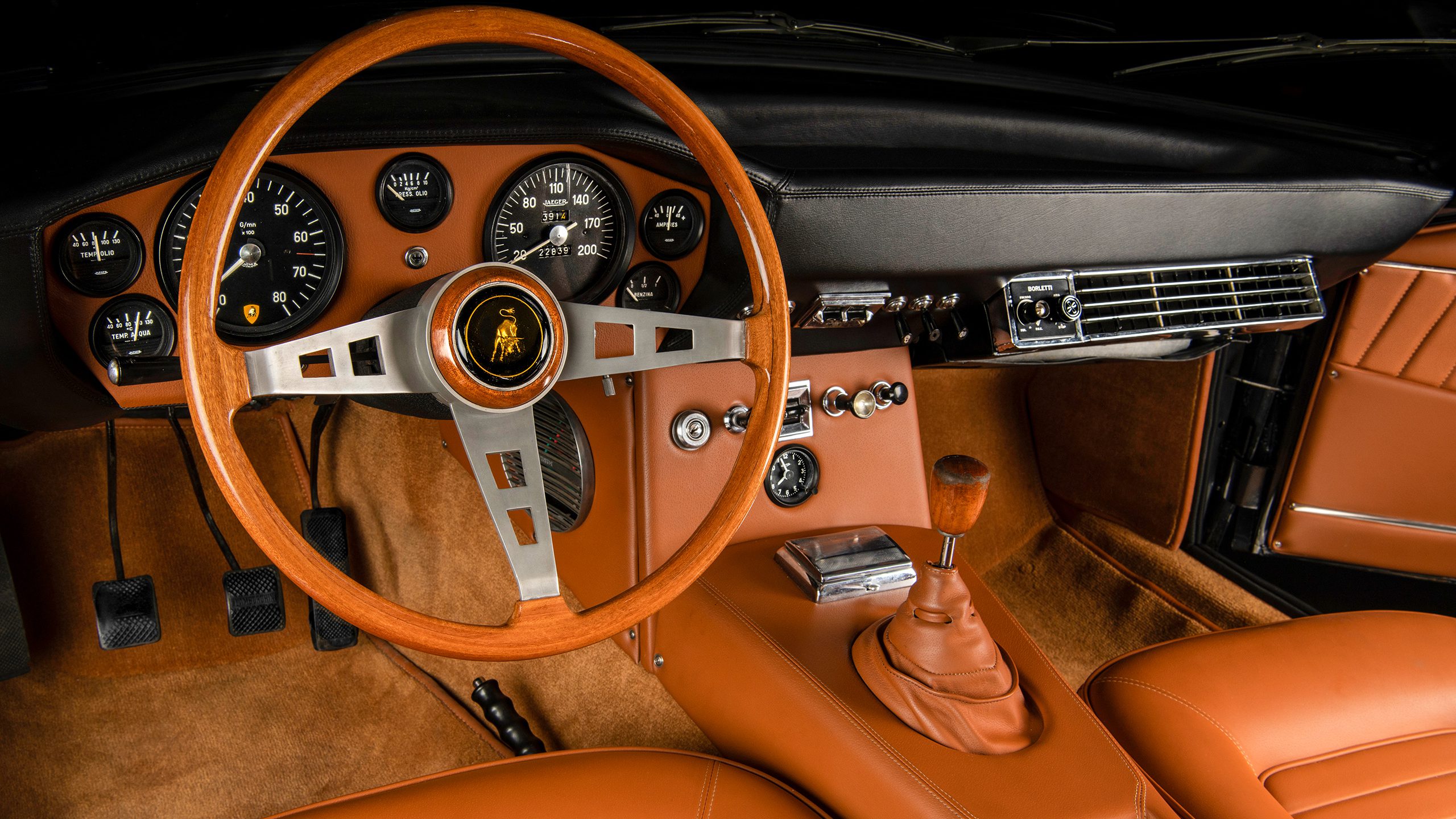 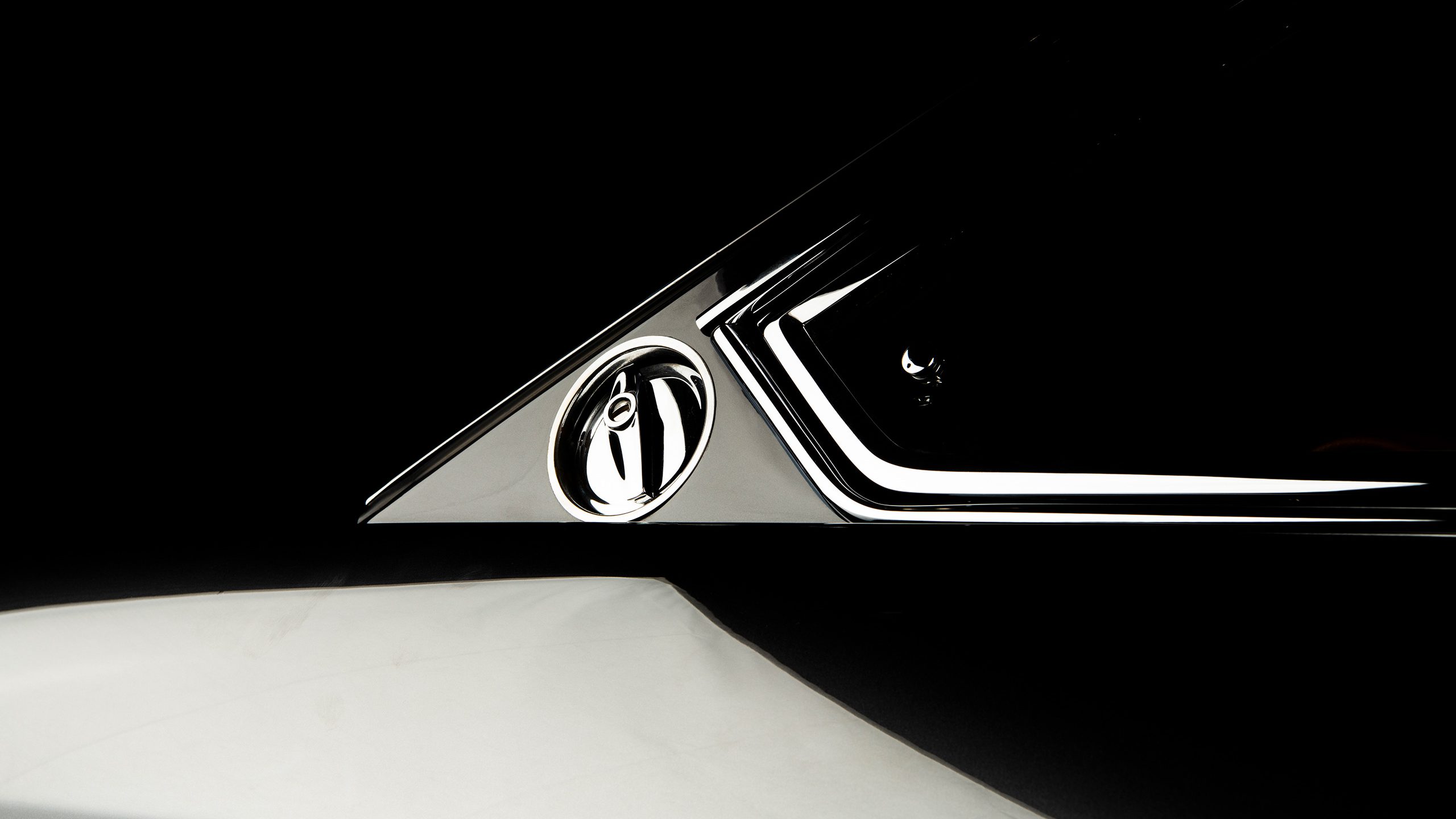 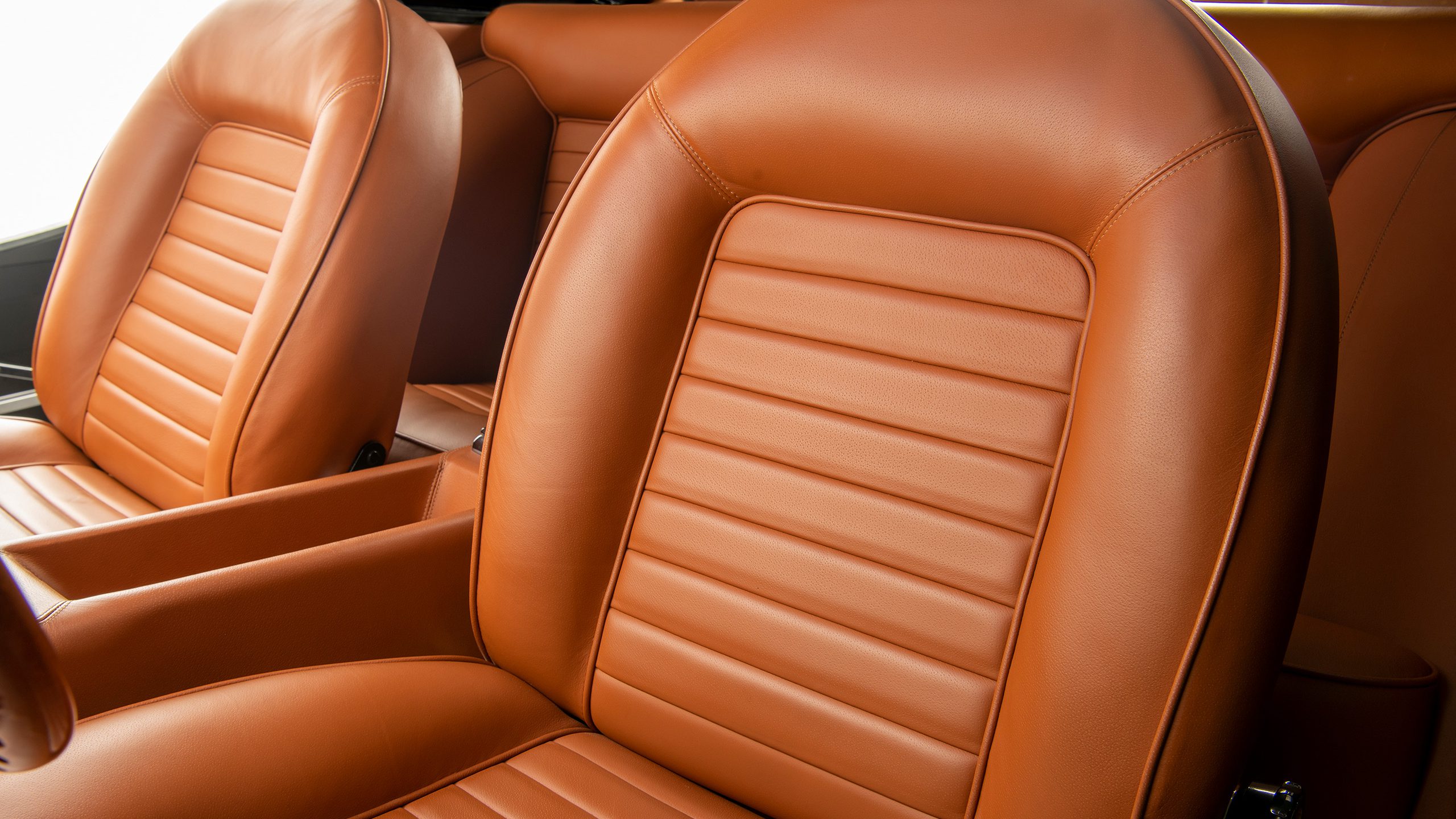 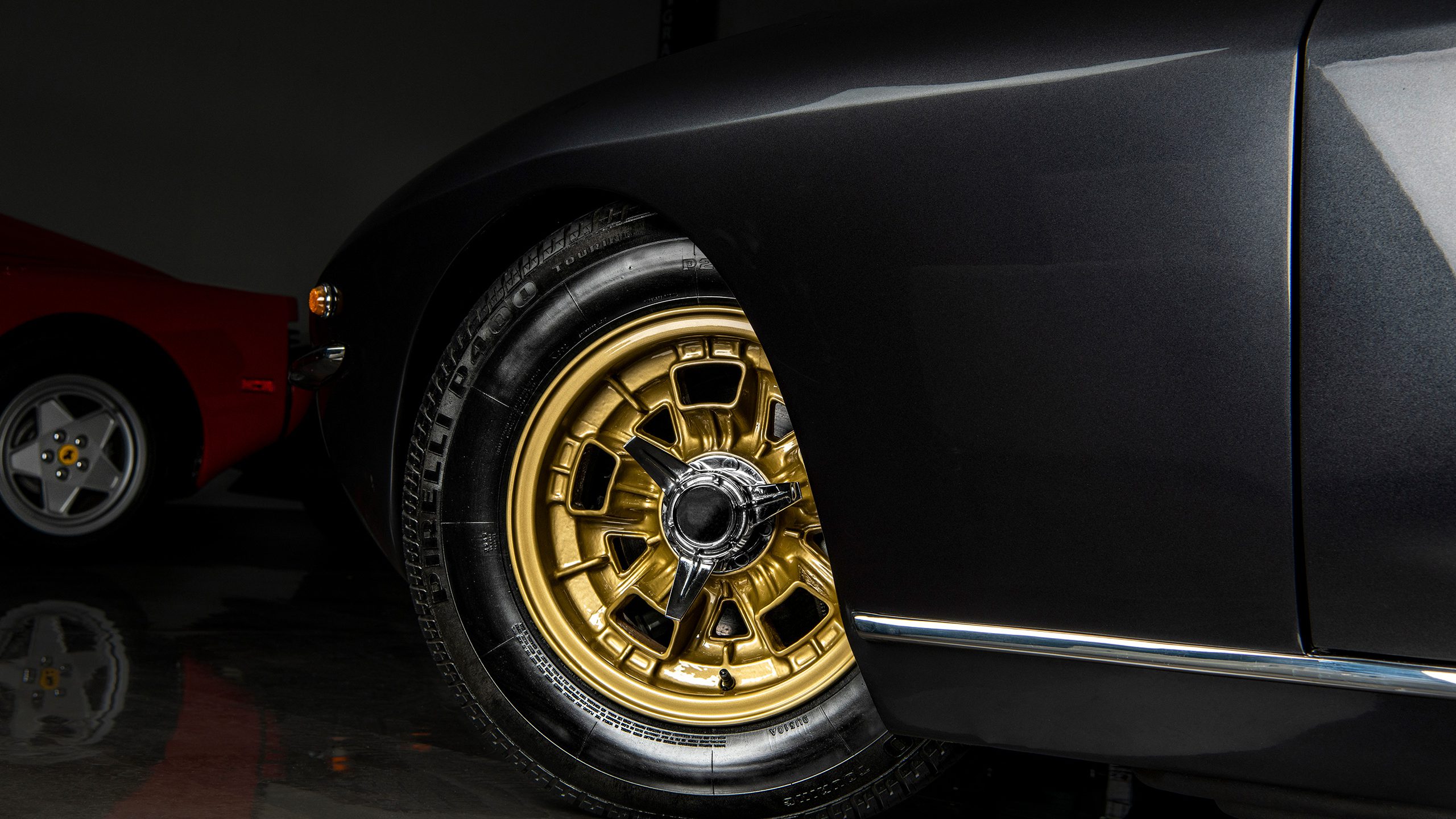 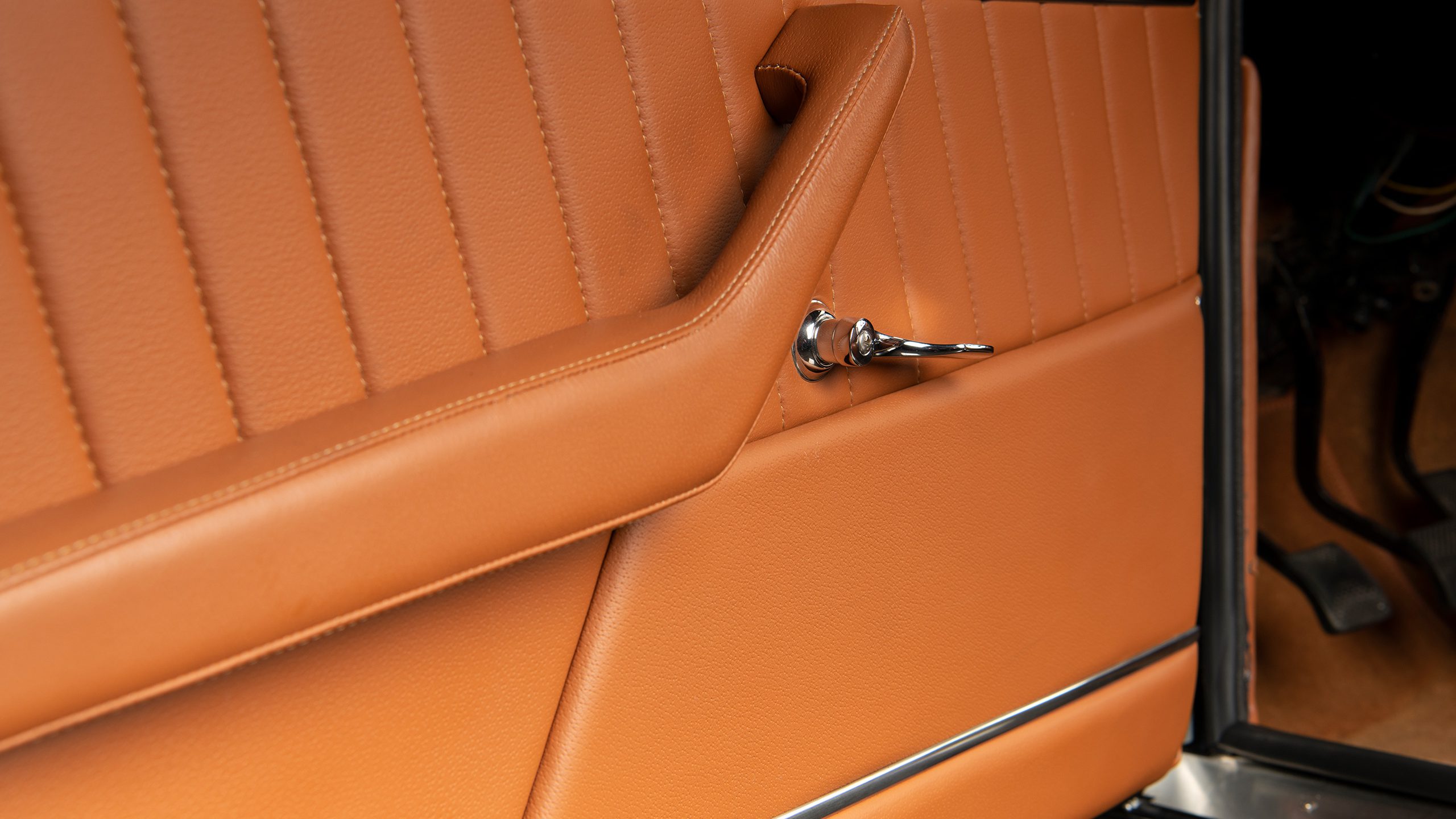 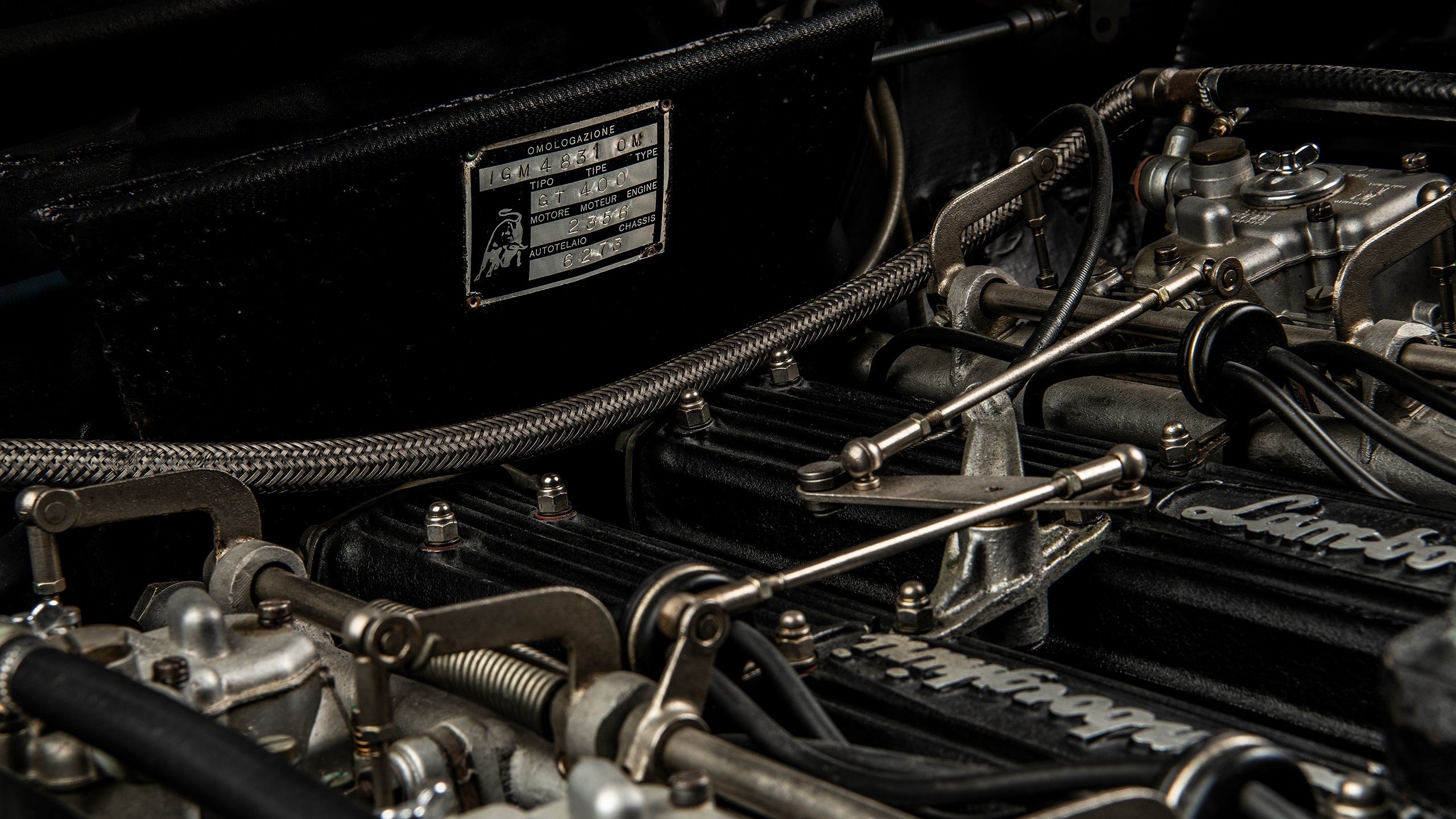 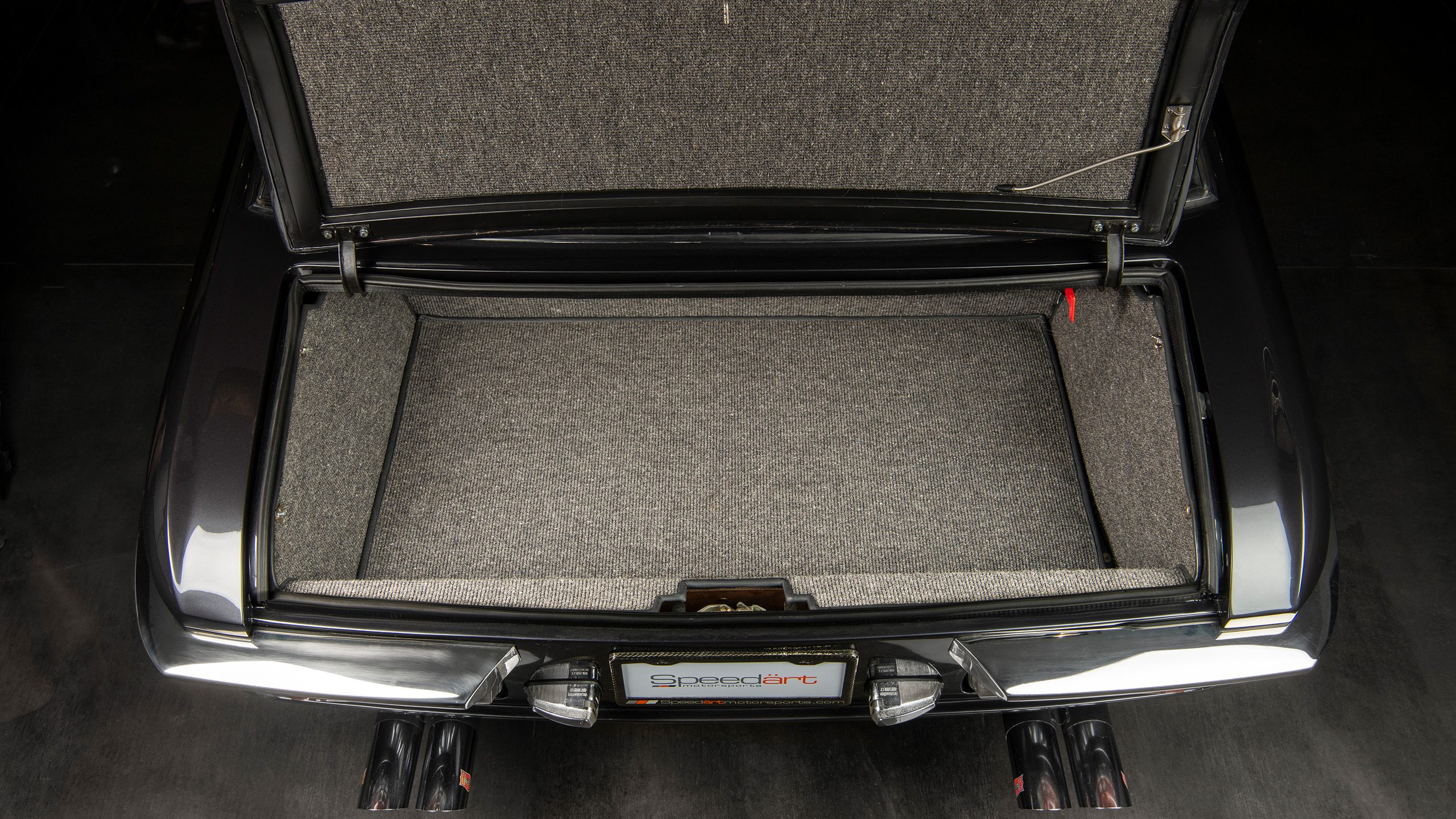 “Some historians think the Islero lacks the cache of its more flamboyant Bertone-bodied sisters, the Miura and Espada. However, it was never designed as an alternative to either of them, the Islero having been ideal for the distinguished gentleman who neither desired nor required the attention such flashy models would have brought. Ferruccio Lamborghini himself drove an Islero during that era – as did his brother Edmondo”.

Automotive design and technology was advancing faster during the sixties than any time in history. Lamborghini was at the forefront of this and the 350 and 400 GT’s had proven more than a match for any of their rivals.

However, not wanting to stand still, Lamborghini’s Touring-bodied machines were replaced by a new pair of models at the Geneva Auto Salon in March 1968. One was the outlandish Espada designed by Bertone, the other, Mario Marazzi’s Islero. While the Miura was named after a bloodline of Spanish fighting bulls, the Islero commemorates one particular bull, who gored and killed Spanish matador Manuel Laureano R. Sánchez, “Manolete” after slicing his femoral artery in the midst of a fight in August 28, 1947.

Carrozzeria Marazzi was a relatively unknown firm at the time with its workforce comprising mainly of ex-Touring personnel who joined up after the famed Milanese coach builder went bust. Many commentators questioned Lamborghini’s judgement in entrusting the design of this new model to Marazzi, the cars sharp, unassuming lines seemingly causing controversy at the time while the Espada was hailed an unqualified success.

It was Ferruccio Lamborghini himself that laid down the directives for this new car and thus the Islero more than any other personifies the company founder’s vision for his marque. It used the same square-tubed chassis as the outgoing 400 GT 2+2 with minor modifications.

The familiar Bizzarrini-designed 60° V12 retained its 3,929cc capacity thanks to an unchanged bore and stroke of 82 x 62mm respectively. Output was marginally increased, five more horses totaling 325bhp at 7,000rpm, this slight gain coming via an increased compression ratio of 10.5:1 (up from from 9.5:1). Six Weber 40 DCOE sidedraft carburetors provided air and fuel. The Lamborghini-designed five-speed manual transmission was equipped with synchromesh and a hydraulically operated dry clutch. The fully independent double wishbone suspension and disc brakes were based on the 400 GT design, with thicker anti-roll bars, a wider front track and revised front suspension. These suspension changes were primarily made to accommodate newly available tires that were wider and grippier than those originally used on the 400 GT. Top speed was between 155 and 160 mph while 0-60 took a staggering at the time 6.4 seconds.

The bodywork was designed and fabricated by Marazzi in Milan, the little firm creating an exceptionally crisp design that was a complete departure from Touring’s prior work. One of the most perfectly proportioned 2+2′s ever made, the front was home to retractable headlights and resembled Vignale’s subsequent work on the Maserati Indy.

Marazzi’s sharply creased theme continued throughout, the tail receiving bumpers curiously positioned above each light cluster. Although Lamborghini’s prototype Islero was factory-fitted with Borrani wire wheels, these were substituted in favor of the cast magnesium Campagnolo’s as fitted to the Miura for production. From the factory, the Islero was fitted with Pirelli Cinturato 205VR15 tires (CN72)

Some historians think the Islero lacks the cache of its more flamboyant Bertone-bodied sisters, the Miura and Espada. However, it was never designed as an alternative to either of them, the Islero having been ideal for the distinguished gentleman who neither desired nor required the attention such flashy models would have brought. Marazzi’s interior was also completely fresh and featured a new dash, centre console and wood-rimmed steering wheel.

Launched in March 1968 at the Geneva Salon, Lamborghini unveiled the Islero at the same show as their incredible Espada and also the newly modified Miura S. Alongside such a stunning pair of creations, few cars would have garnered much attention and this restrained gentleman’s express was destined for an often overlooked existence. Production continued until the summer of 1969 when the original version was replaced by a 350bhp Islero S. 125 examples had been completed at the rate of just under two a week.

While the Islero was not intended for competition, French enthusiasts Paul Rilly and Roger Levève attempted to enter a lightly modified Islero (chassis 6348) in the 1975 24 Hours of Le Mans to compete in the GTX class. The car was equipped with upgraded brakes and suspension, modified air intake and exhaust system, a roll cage, a 100 litres (26 US gal) fuel tank, five-point harness, lighting for the racing number and hood straps. The Islero suffered a crash during qualifying and was not competitive with a best lap time of 5:28.00. Although at the last minute race officials permitted the Islero team to enter the main race due to the withdrawal of another entrant, the team had already left the racetrack after the crash and did not compete.

Ferruccio Lamborghini himself drove an Islero during that era – as did his brother Edmondo. The car is also famous for its appearance in the Roger Moore thriller The Man Who Haunted Himself and in the Italian short film anthology Vedo Nudo as the car of Yugoslav-born Italian actress, Sylva Koscina.

Speedart Motorsports is thrilled to present this stunningly restored Lamborghini rarity from the Belle Époque of Italian Grand Tourers and an opportunity not to be missed.

Islero Chassis No. 6273 with Engine No. 2356 rolled off the Sant’Agata Bolognese assembly line on September 1968, designated as a North American export and equipped with a novel and highly desirable feature; the Borletti air conditioning unit (an innovation bordering on the extravagant- at least in Europe).

When former saloon car racer Martin Thomas spotted a Lamborghini Islero in storage while visiting Canada in 1987 he was intrigued by the rare, front engined GT. Discovering that the Marazzi-bodied rarity had covered just 16,800 miles he was hooked but it took 10 years before a successful deal was struck to bring home in UK.

Sold new to John Montague, a wealthy developer, the Islero was used sparingly for leisure trips in the countryside of provincial Ontario; extensive paperwork from official Alfa/Lamborghini specialist Leny’s Automega confirmed the low mileage at the time. Leny Rabbito did perform the entire maintenance during the car’s first years in Toronto and he was considered by many the father of Lamborghini Canada before his passing in 2006.

The car went into storage in the mid 70s where Mr. Thomas discovered it. Tragically a plastic cover had bonded to the original ‘Bronzo’ paint so a respray was needed but the rest of the little-used GT was in time-warp condition. Even the Pirelli Cinturatos and wipers were the originals. During its time spent in the ancient village of Gamlingay on the Cambridgeshire/Bedfordshire border, RSG Motorsport carried out a full mechanical checkover including brake rebuild and tune up as well as the respray. At that time Martin opted to change the original color from ‘Bronzo’ to Red.

Before the turn of the new millennium, the Lamborghini returned back to the United States where it was displayed at Concorso Italiano in Monterey, California in 2003 and 2007. This Islero was refurbished yet again, including a repaint in Grigio Agate (Metallic Grey), inspired from the more contemporary factory color palette (PPG code 22442). The car was subsequently sold in 2015, during this time it received a reupholstered Tobacco leather interior, and the numbers-matching DOHC V12 engine was pulled out to be cosmetically and mechanically refreshed.

Not long after the work was done, the car returned to Concorso Italiano and the lawn at the Quail in 2019. The automobile resided in Bridgeport, Connecticut until the last owner acquired the Islero via a virtual auction in April 7, 2020, as his proud addition to one of the most prominent collections in South Florida.

At its present state the Islero is in exceptional condition, with superbly crisp swage body lines and the door, bonnet and boot fit is of unquestionable quality. The spectacular Grigio Agate paint is showroom fresh and the leather covered cabin including the matching, British wool woven carpets free of any blemishes with the factory fitted Borletti air performing as intended.  The Bizzarrini-designed V12 starts instantly and its smooth tickover confirms the engine’s excellent tune.

The sale of the motorcar is accompanied by all certificates of configuration provided by the manufacturer, copy of the original proforma invoice from Automobili Lamborghini S.p.A. and refurbishment records as part of the car’s comprehensive history file. The Islero GT is supplied with a clean and accident-free title.

Speedart Motorsports invites all serious inquiries and marque enthusiasts to witness up-close and personal this investment-grade, spirited classic in our motoring gallery, located near the design district of Miami.