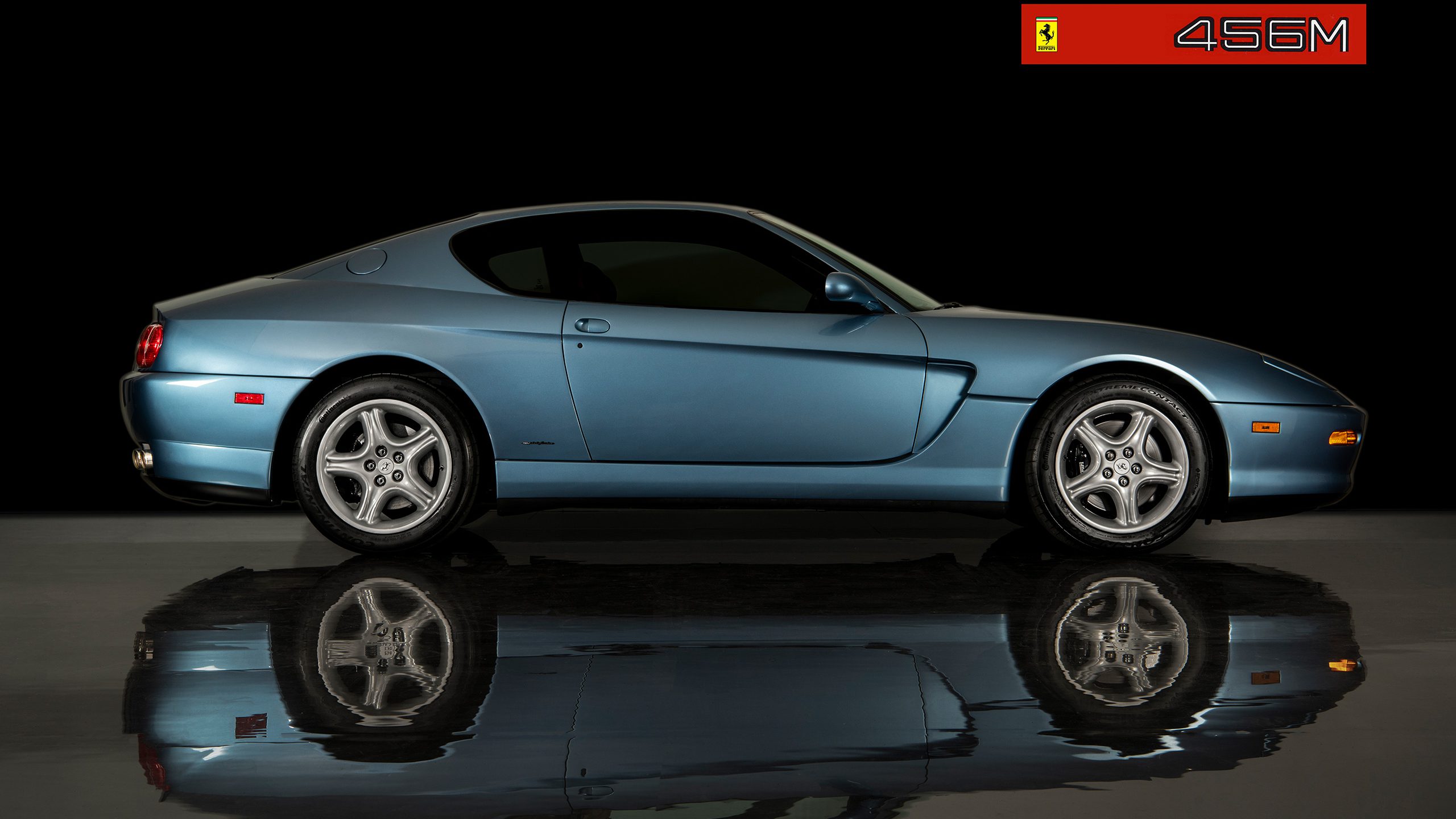 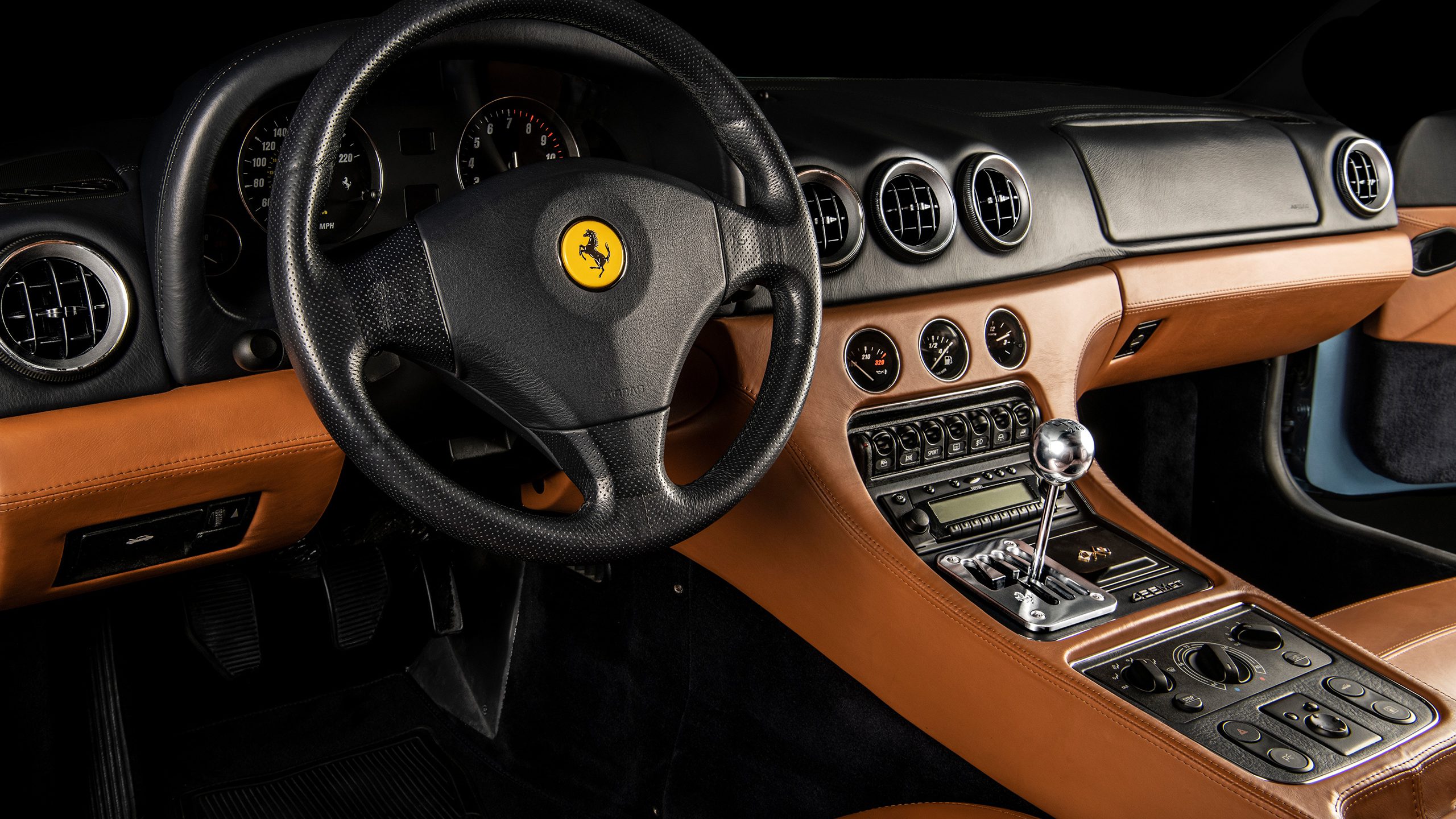 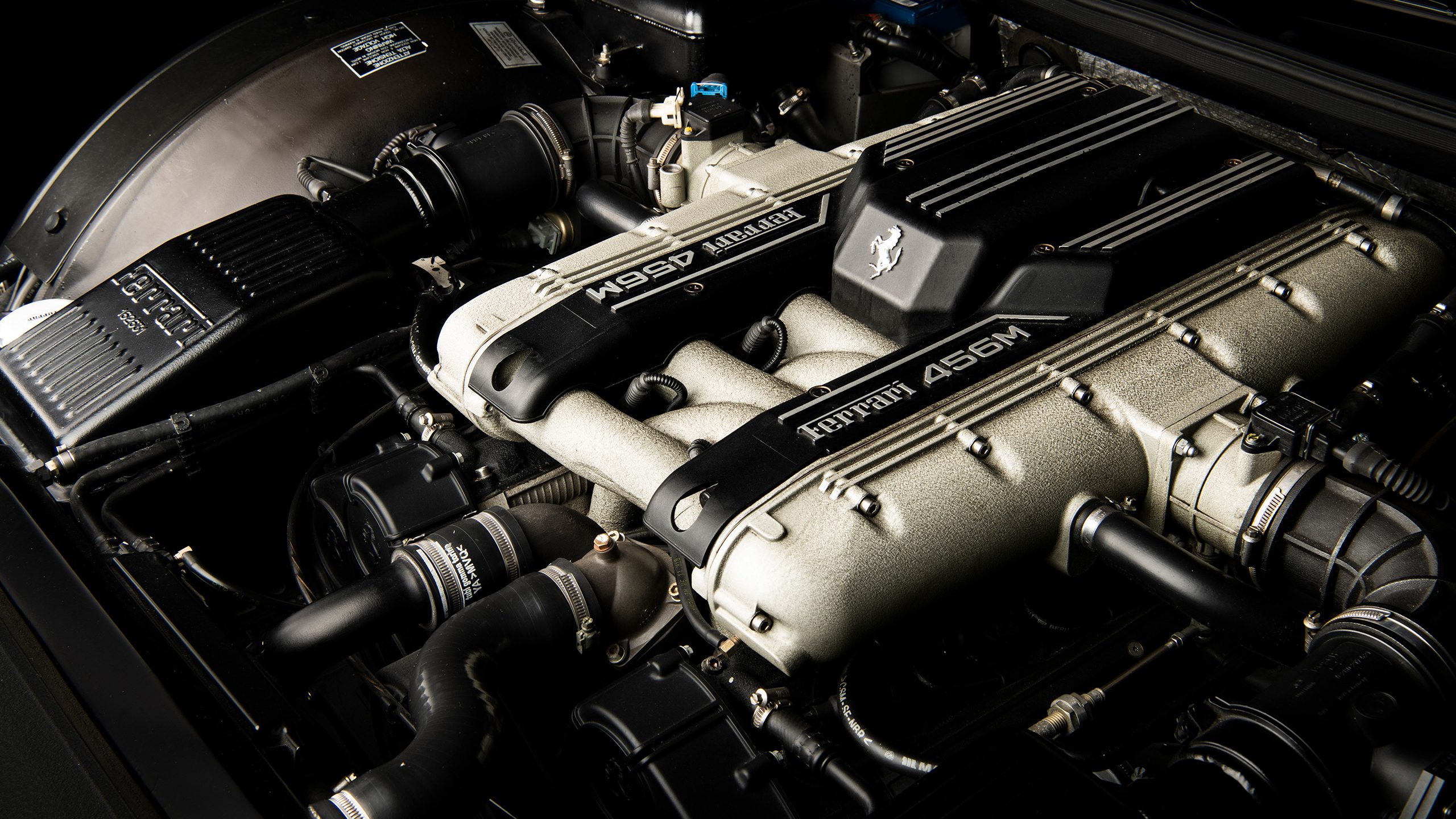 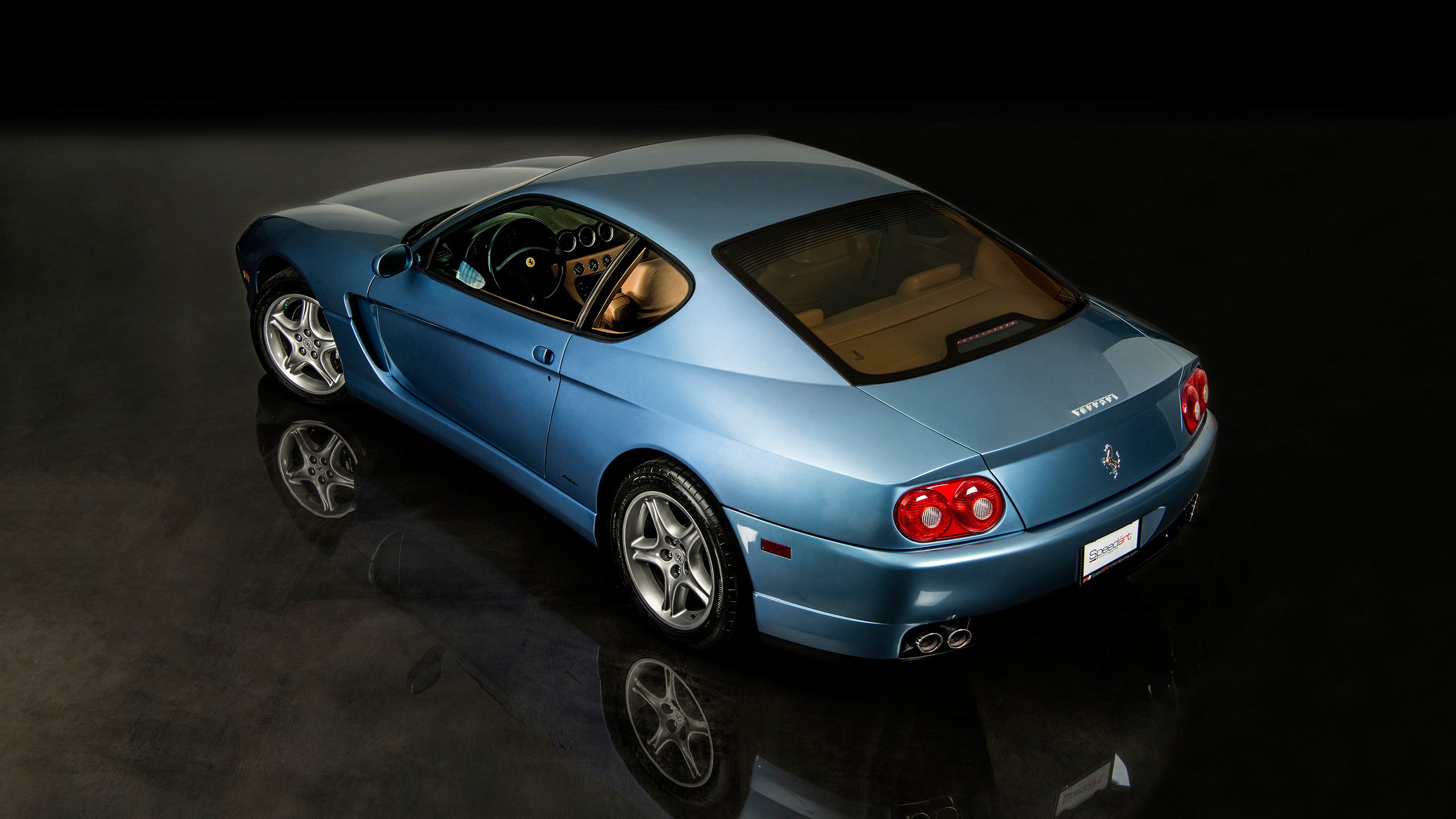 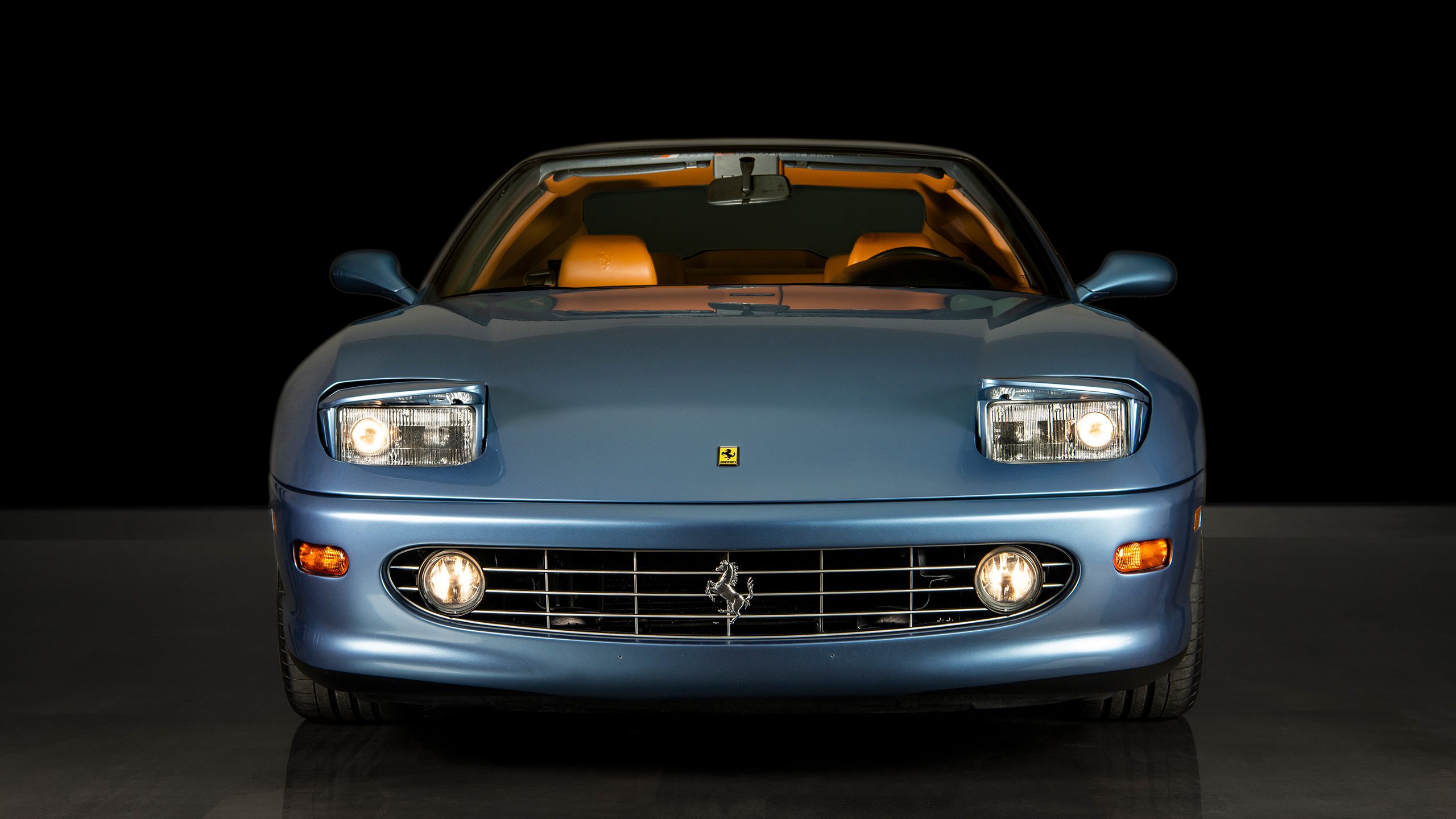 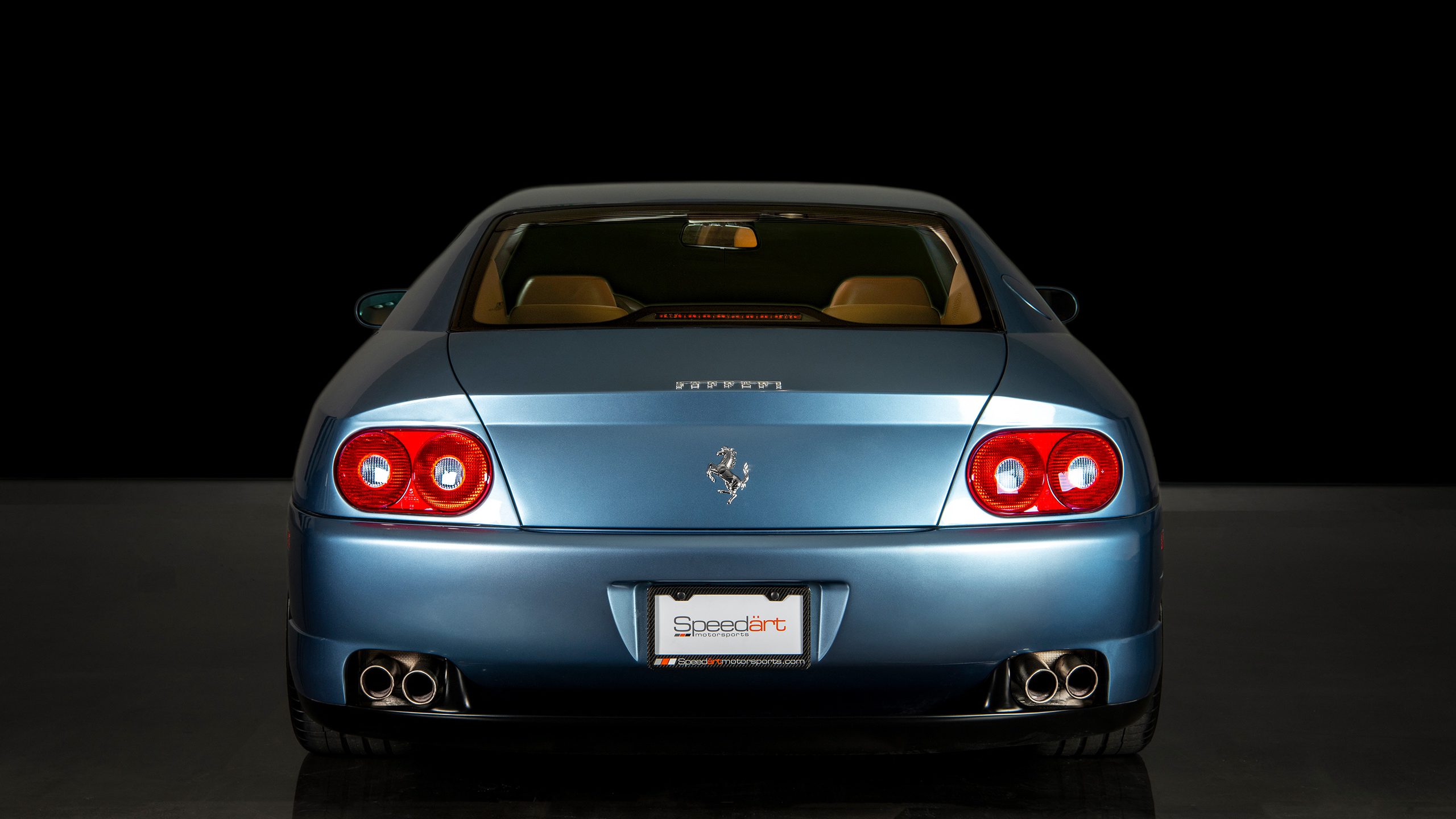 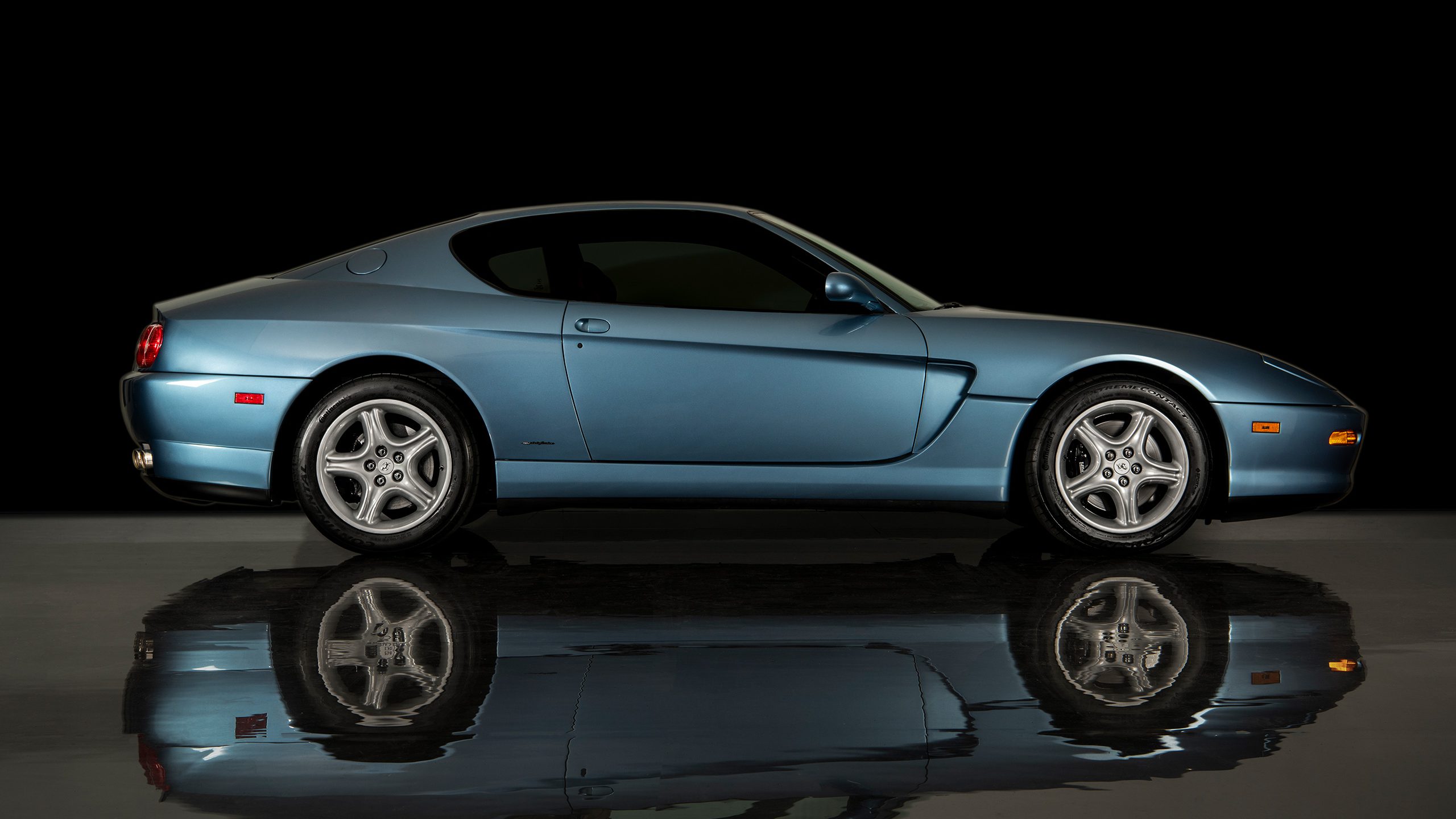 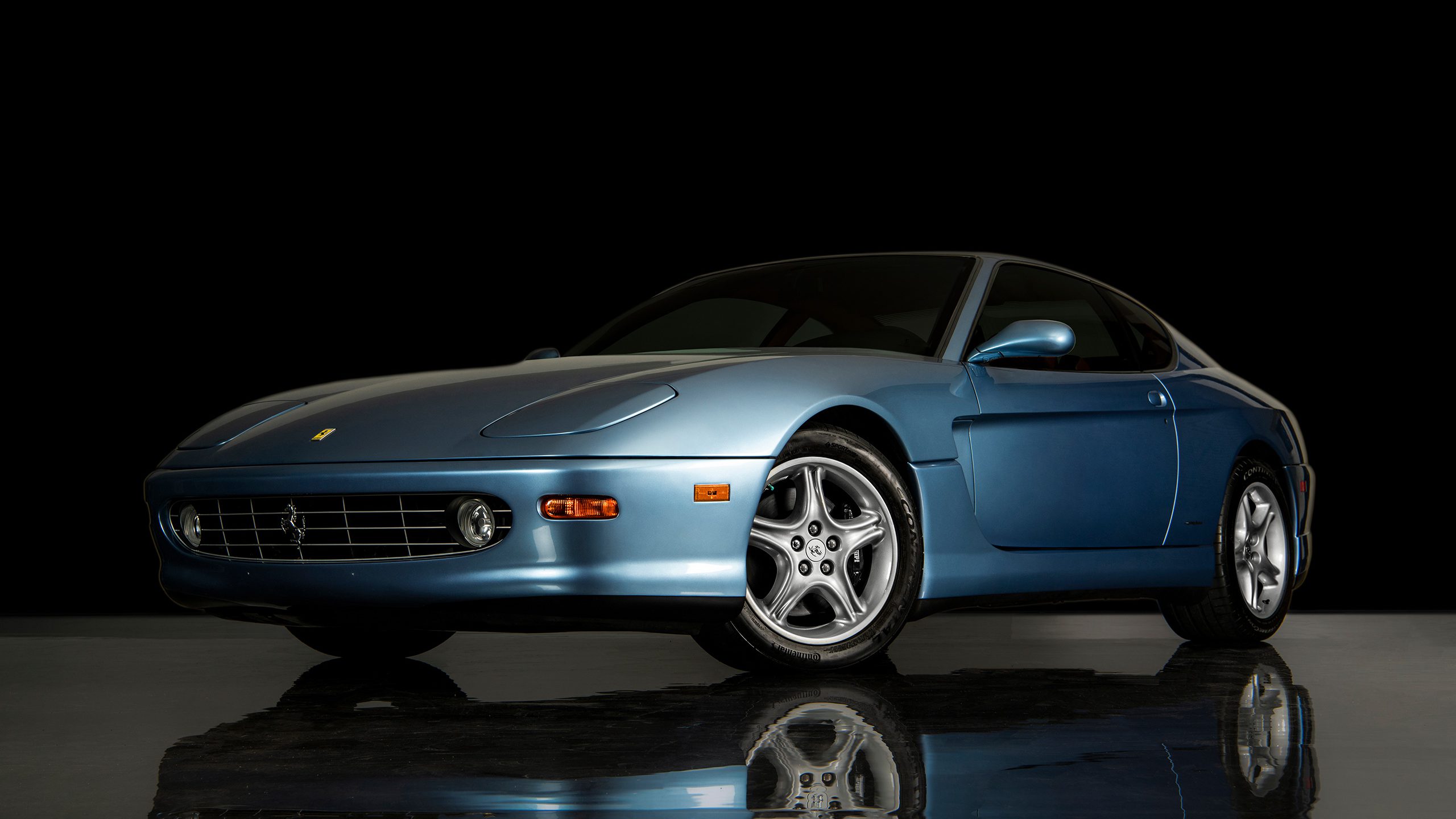 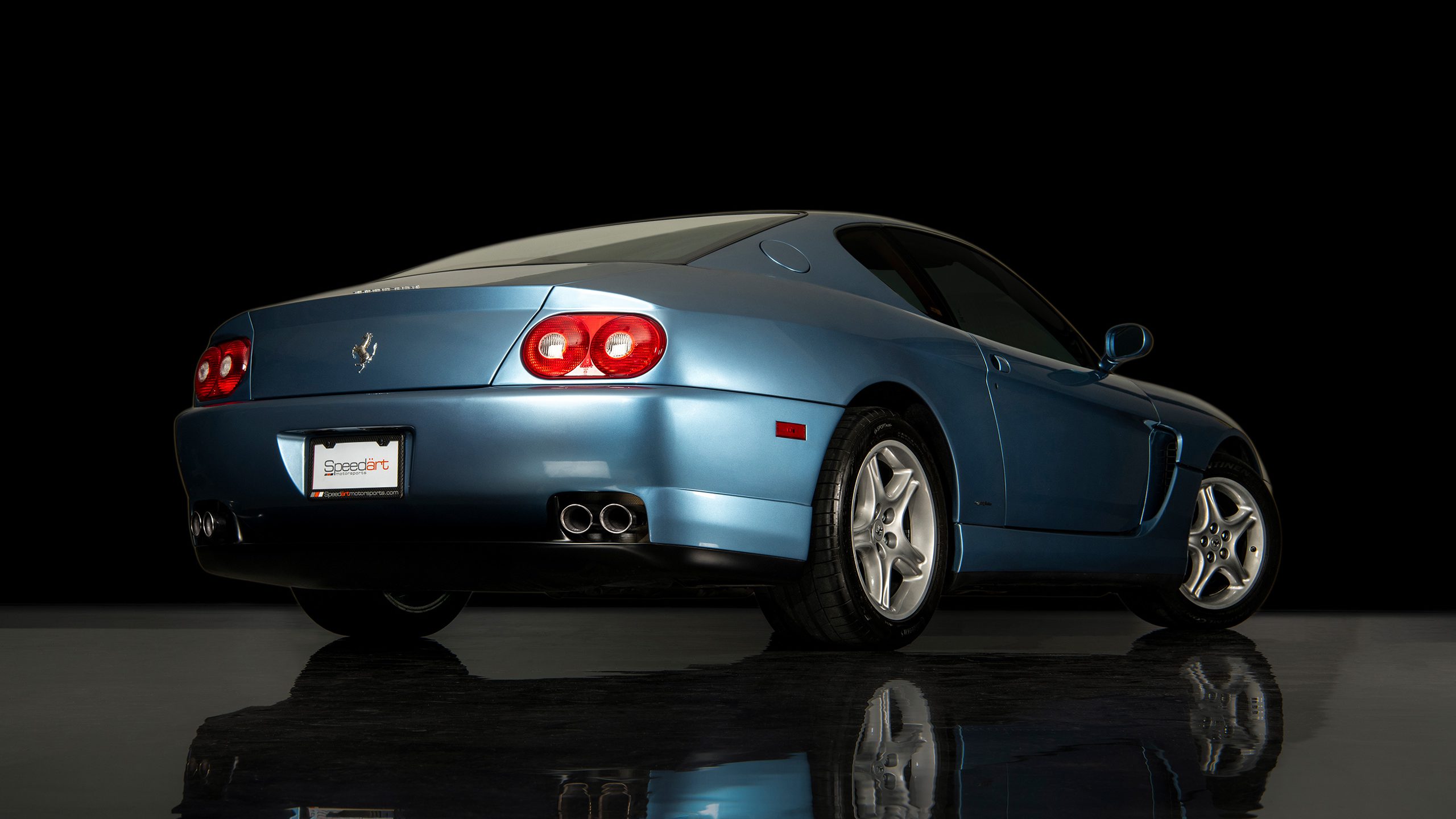 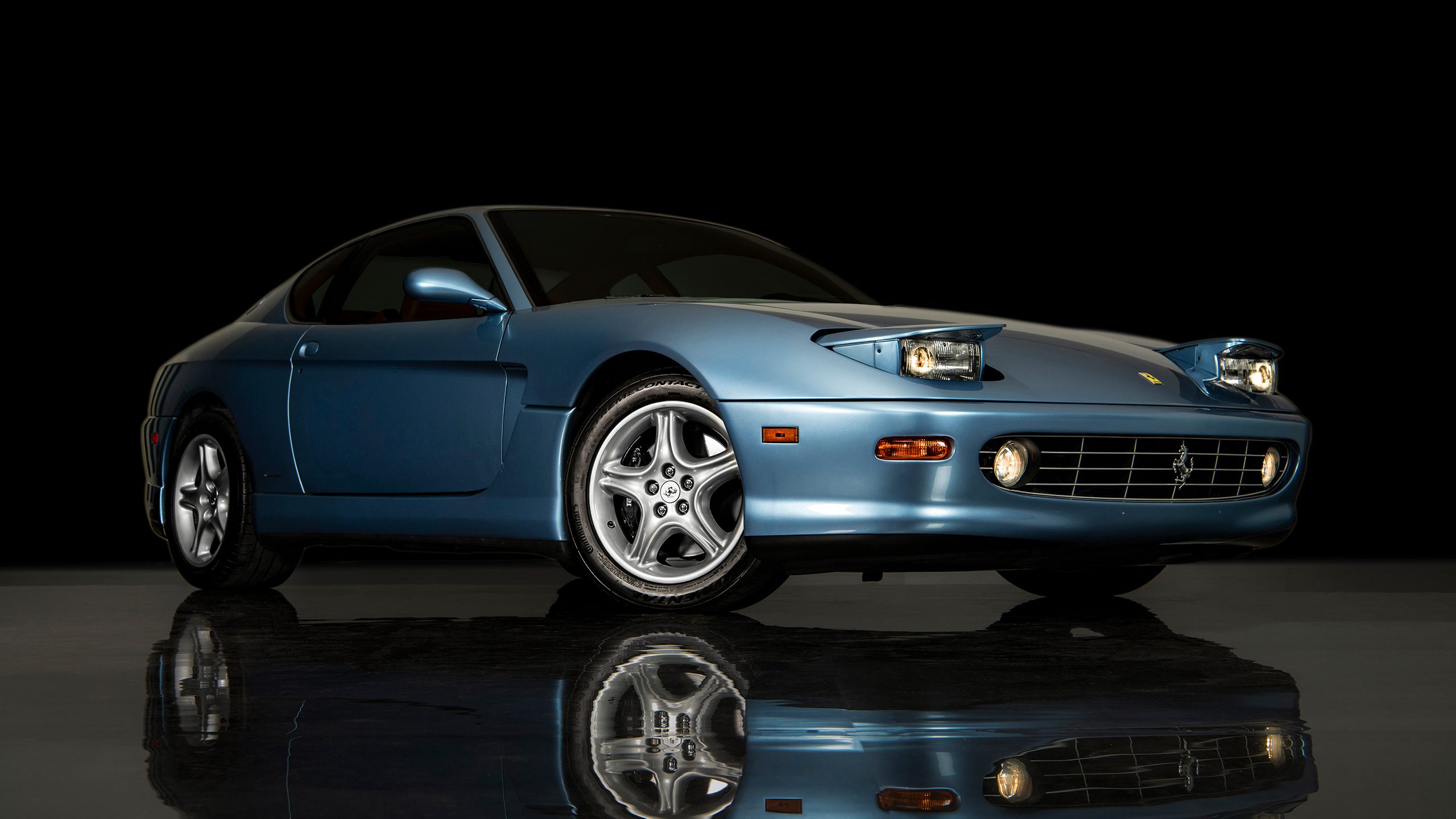 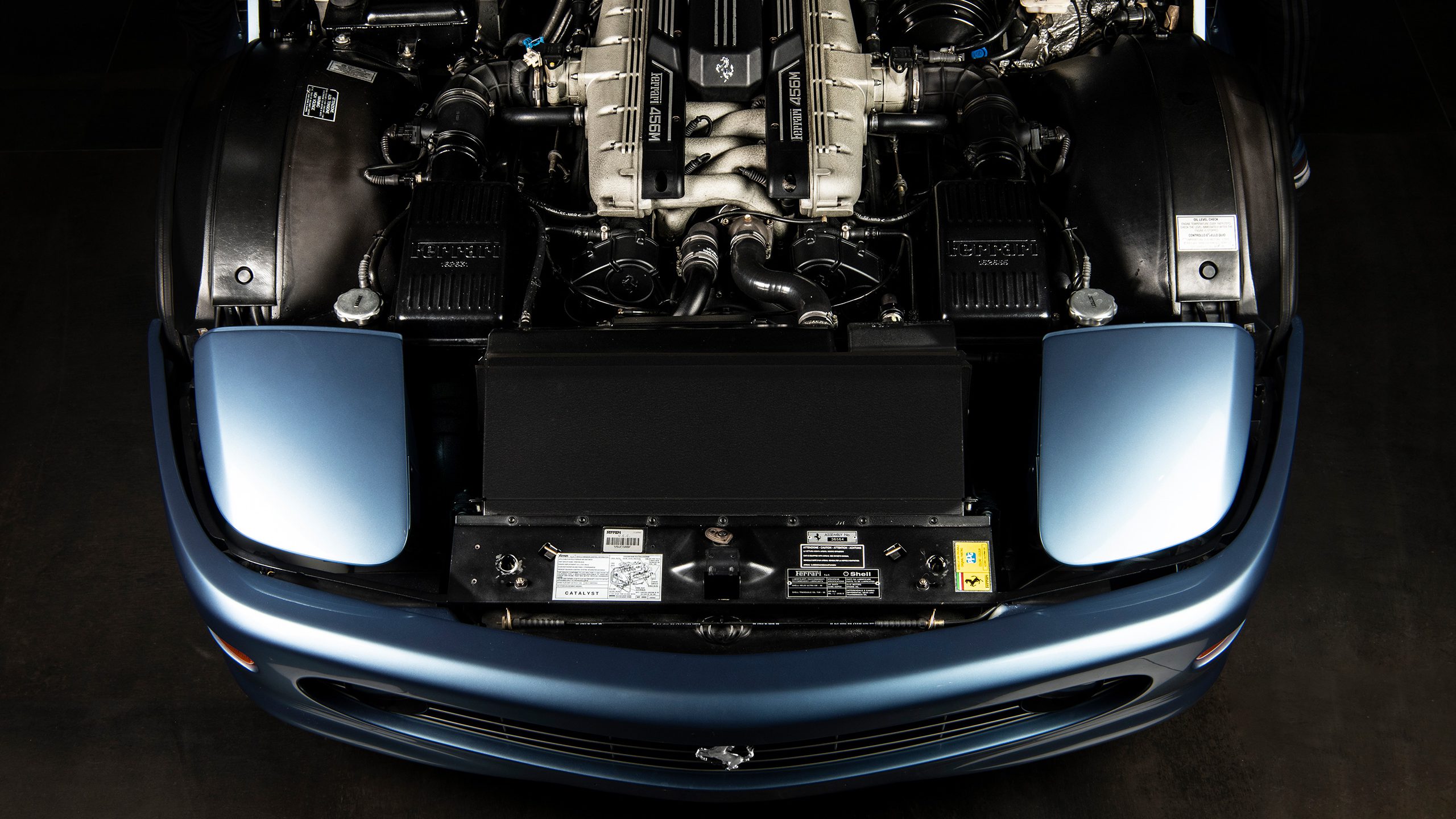 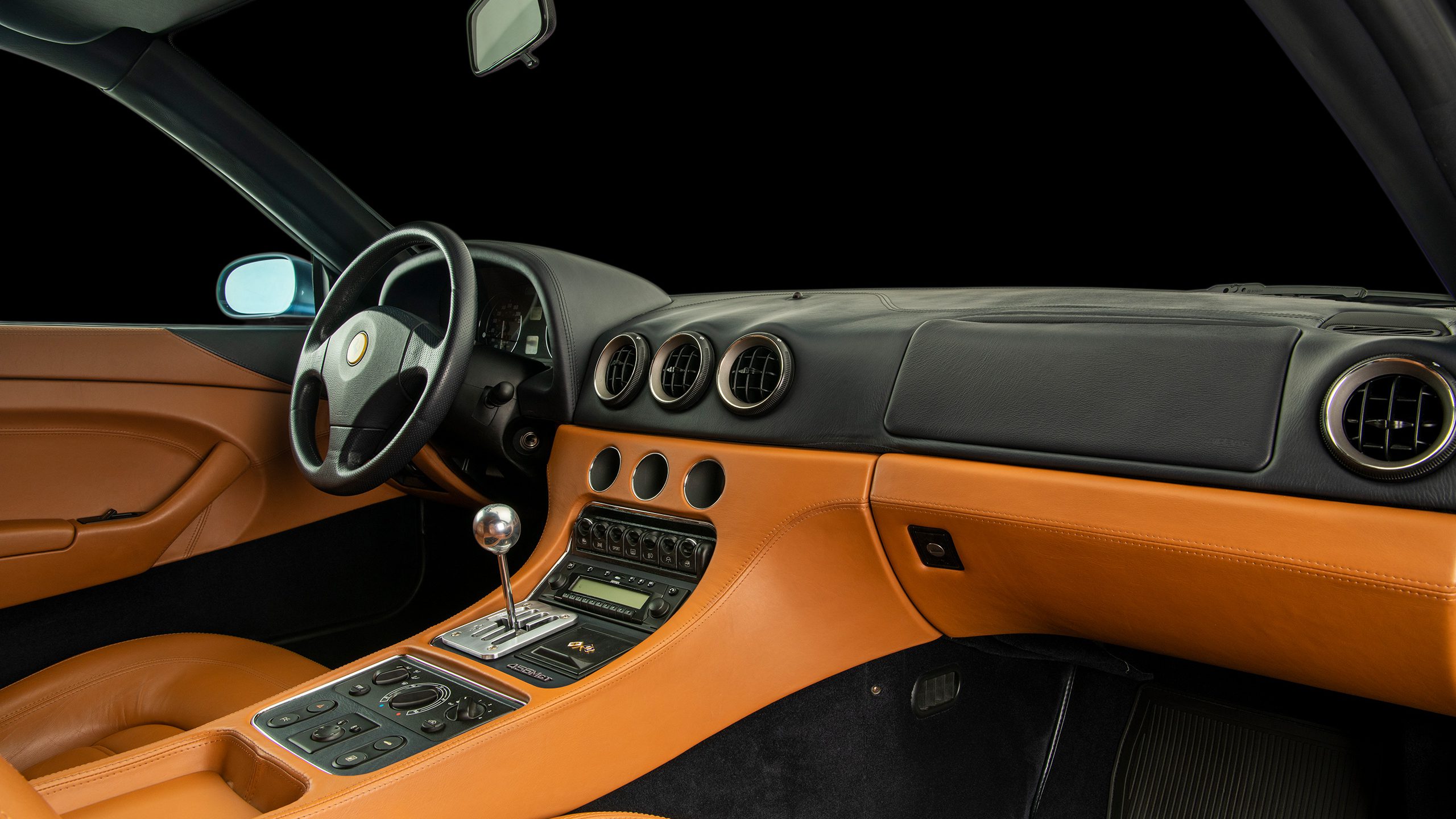 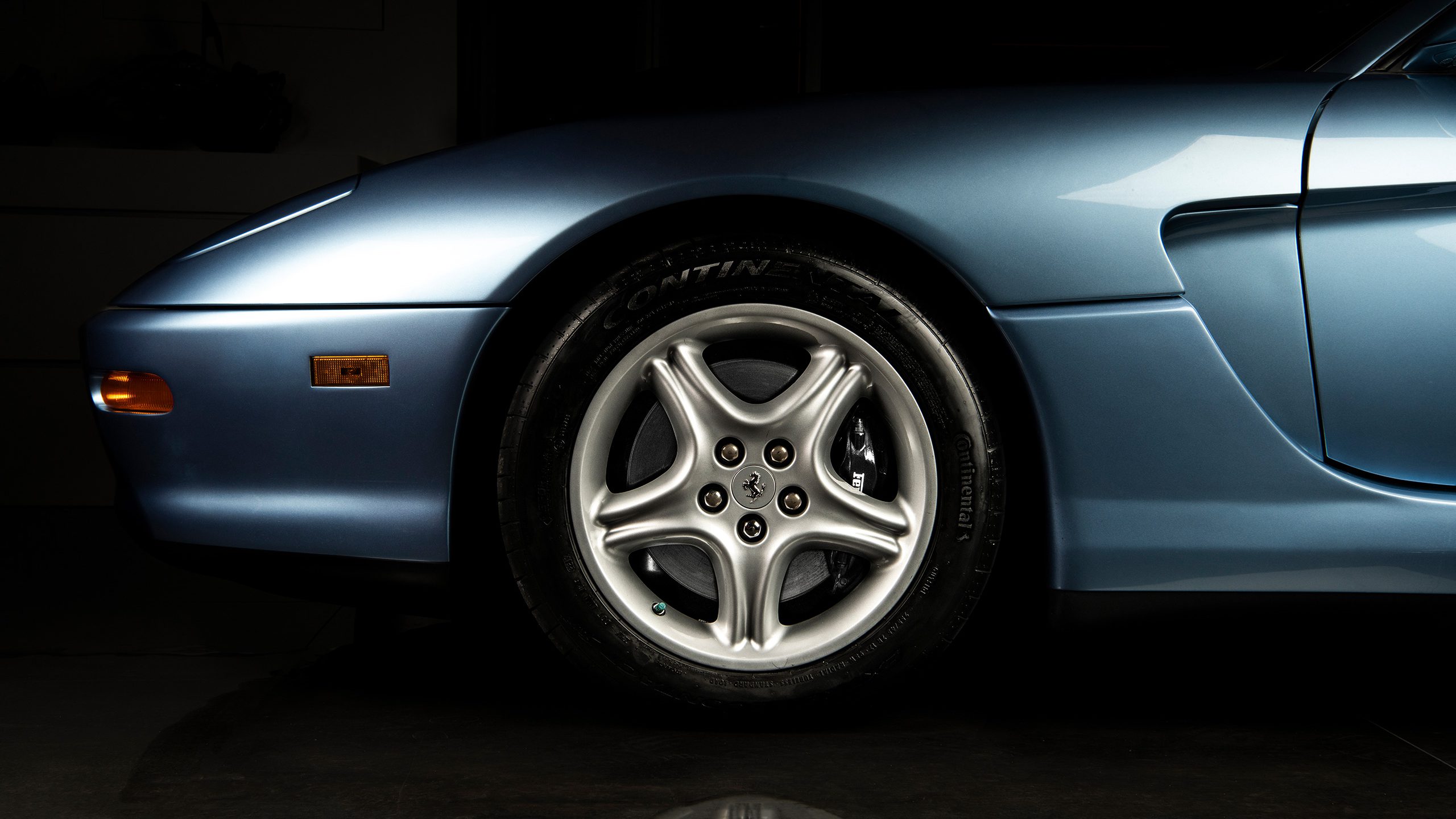 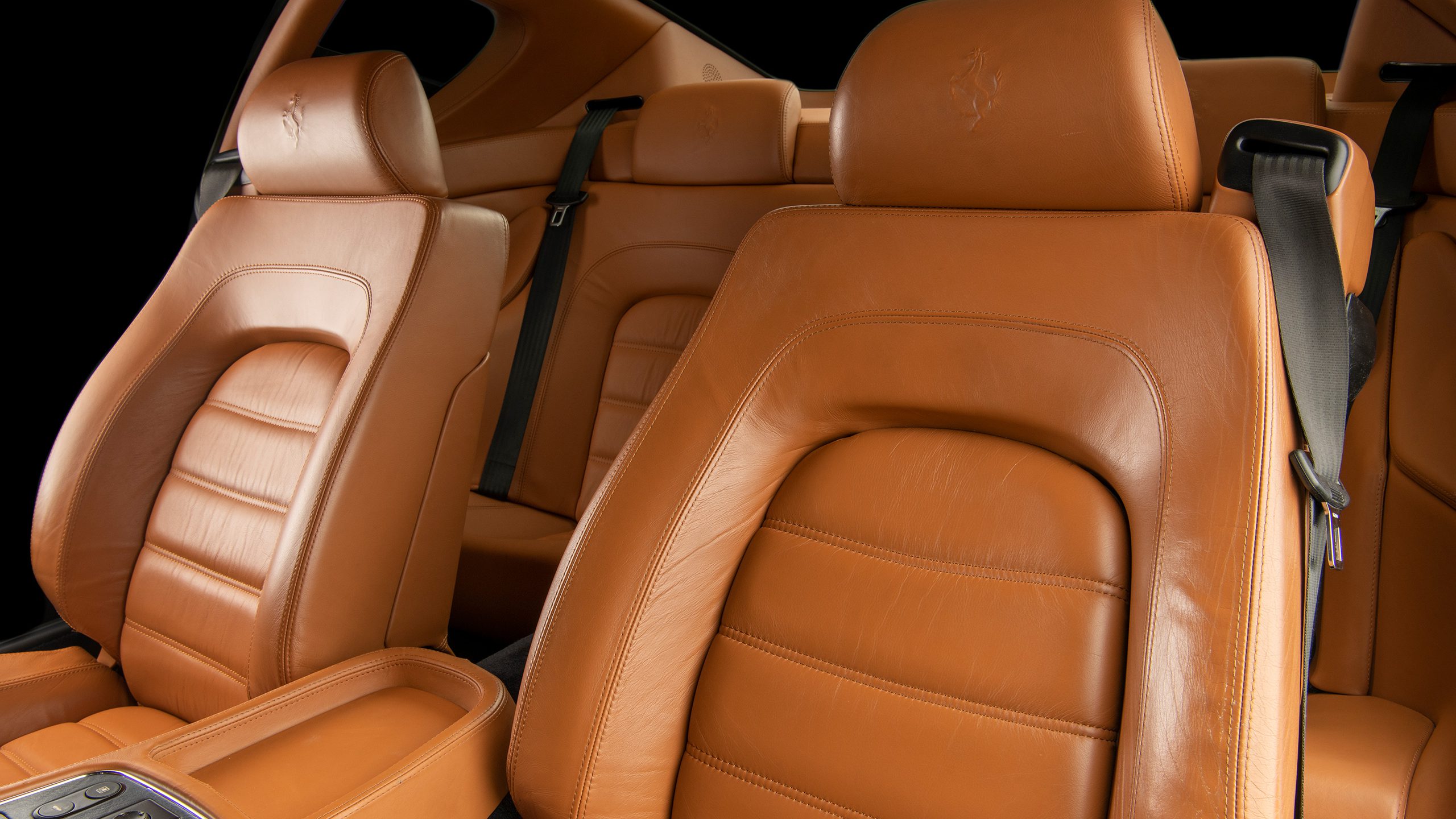 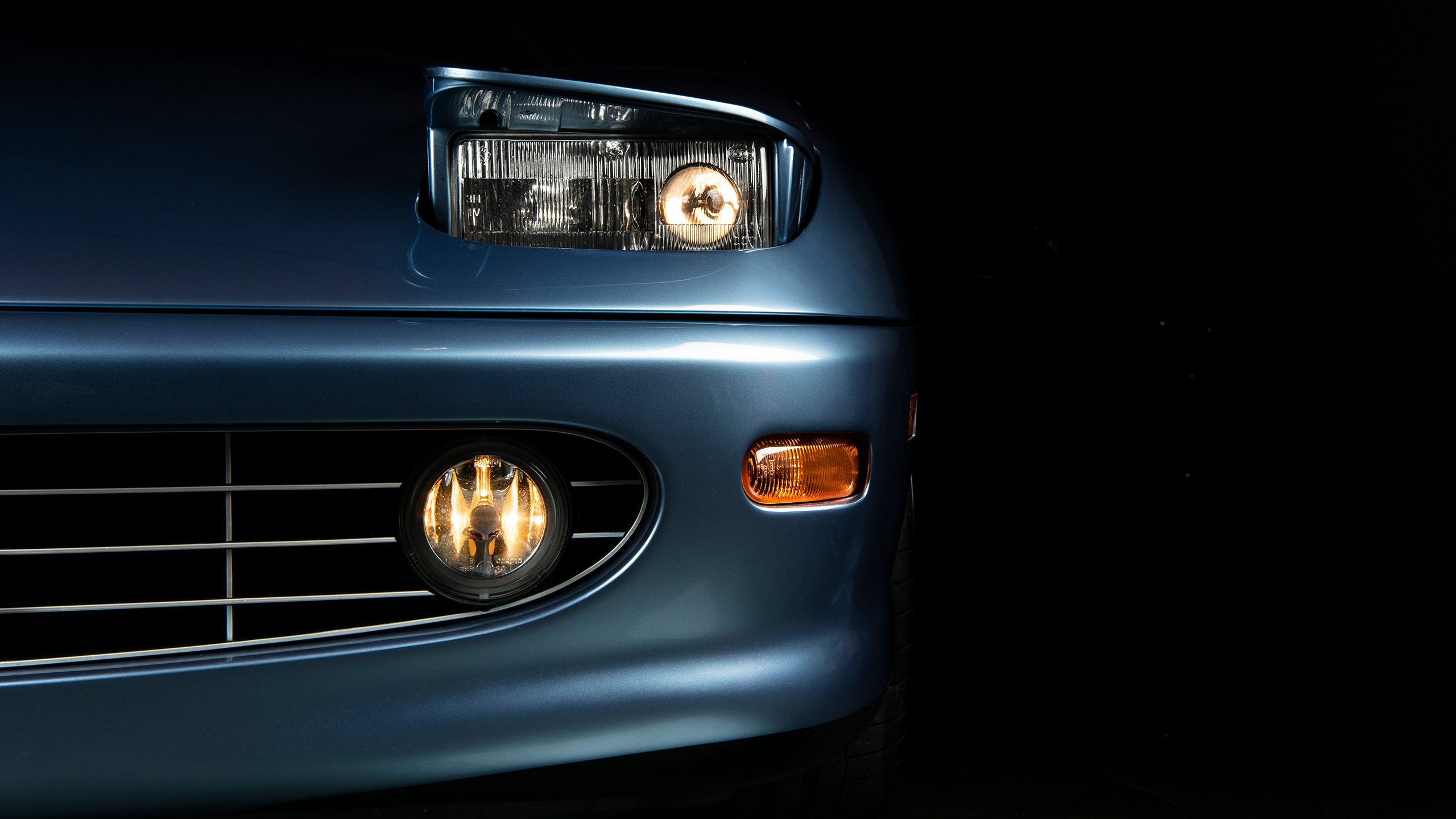 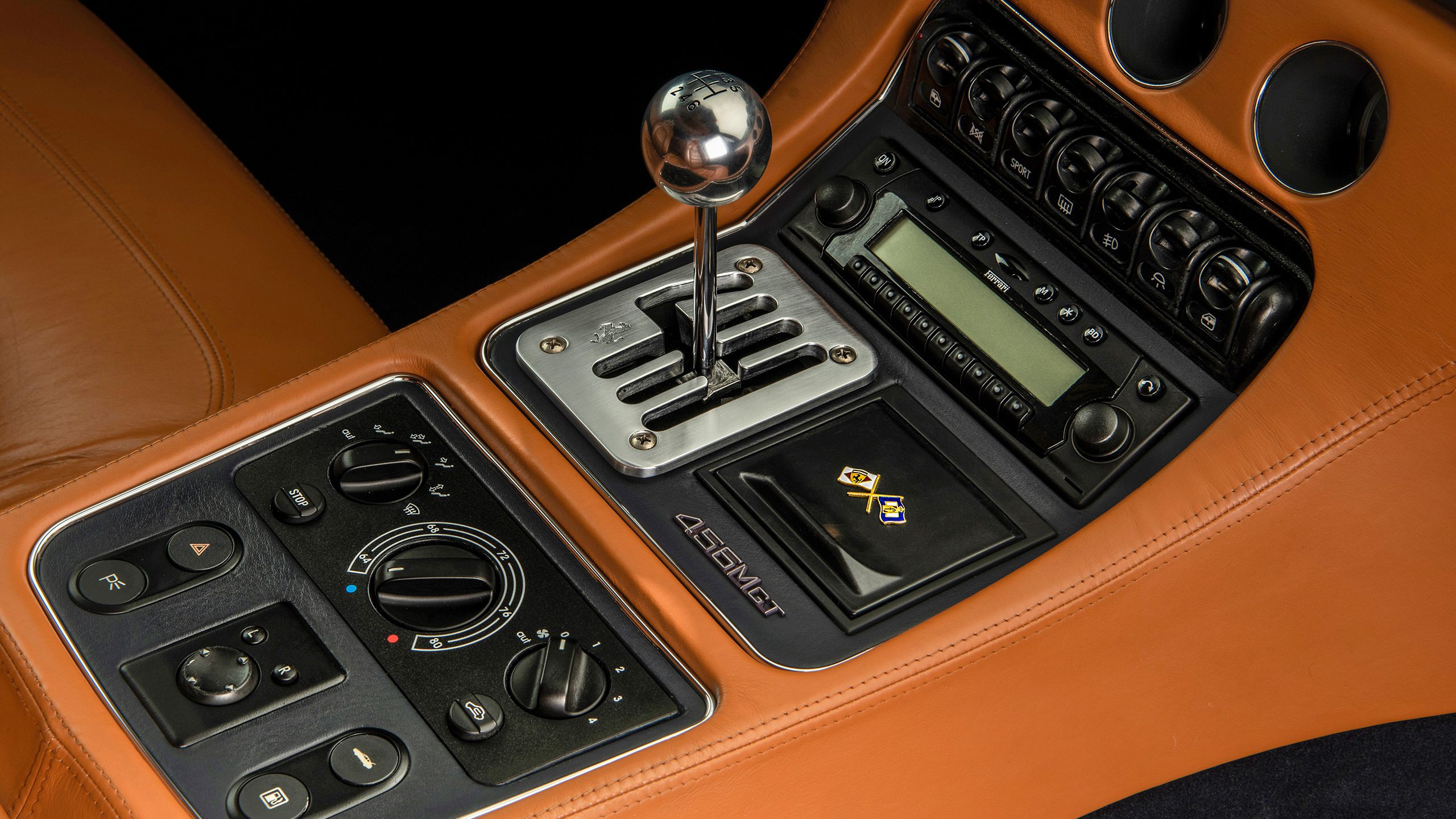 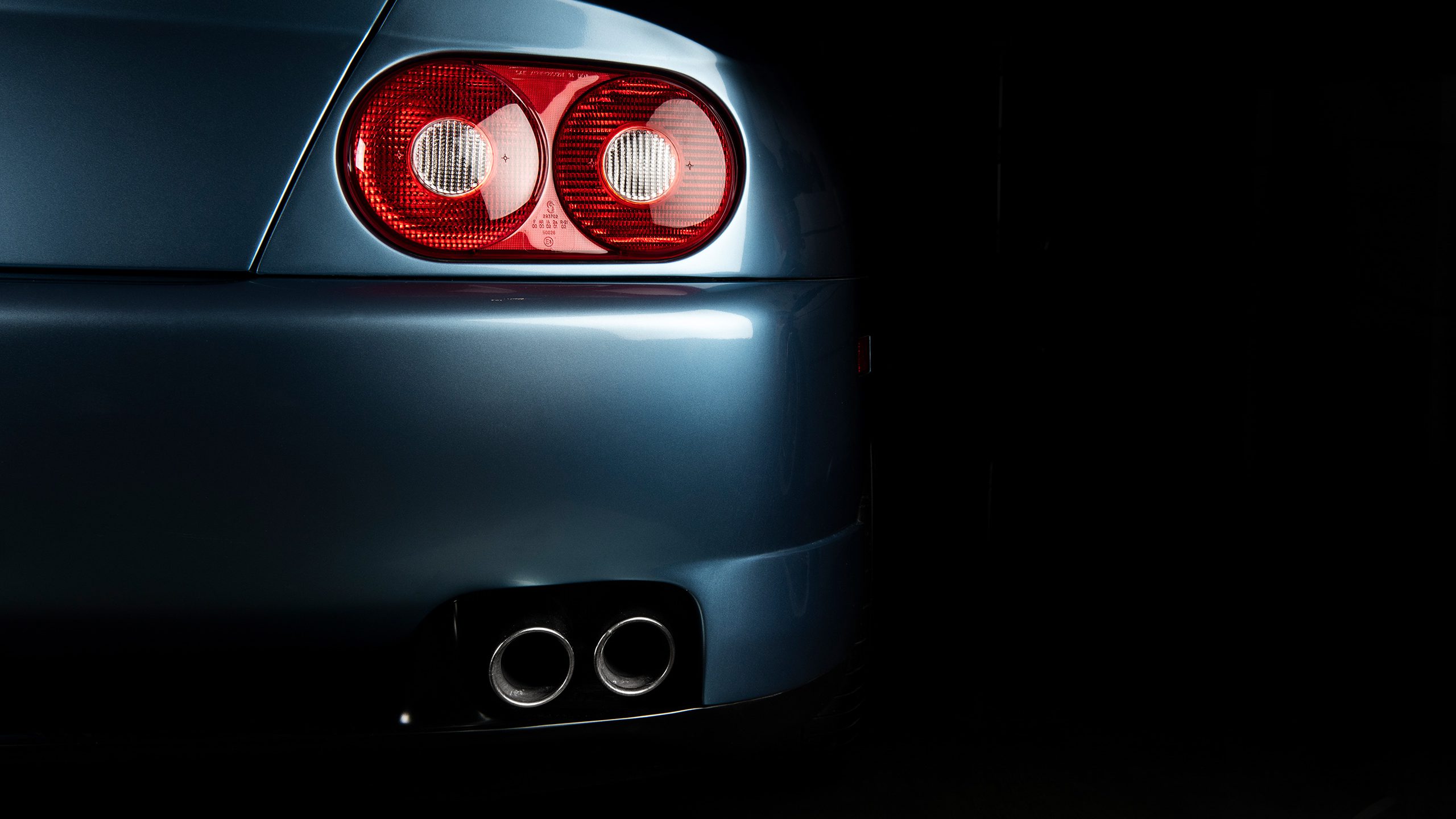 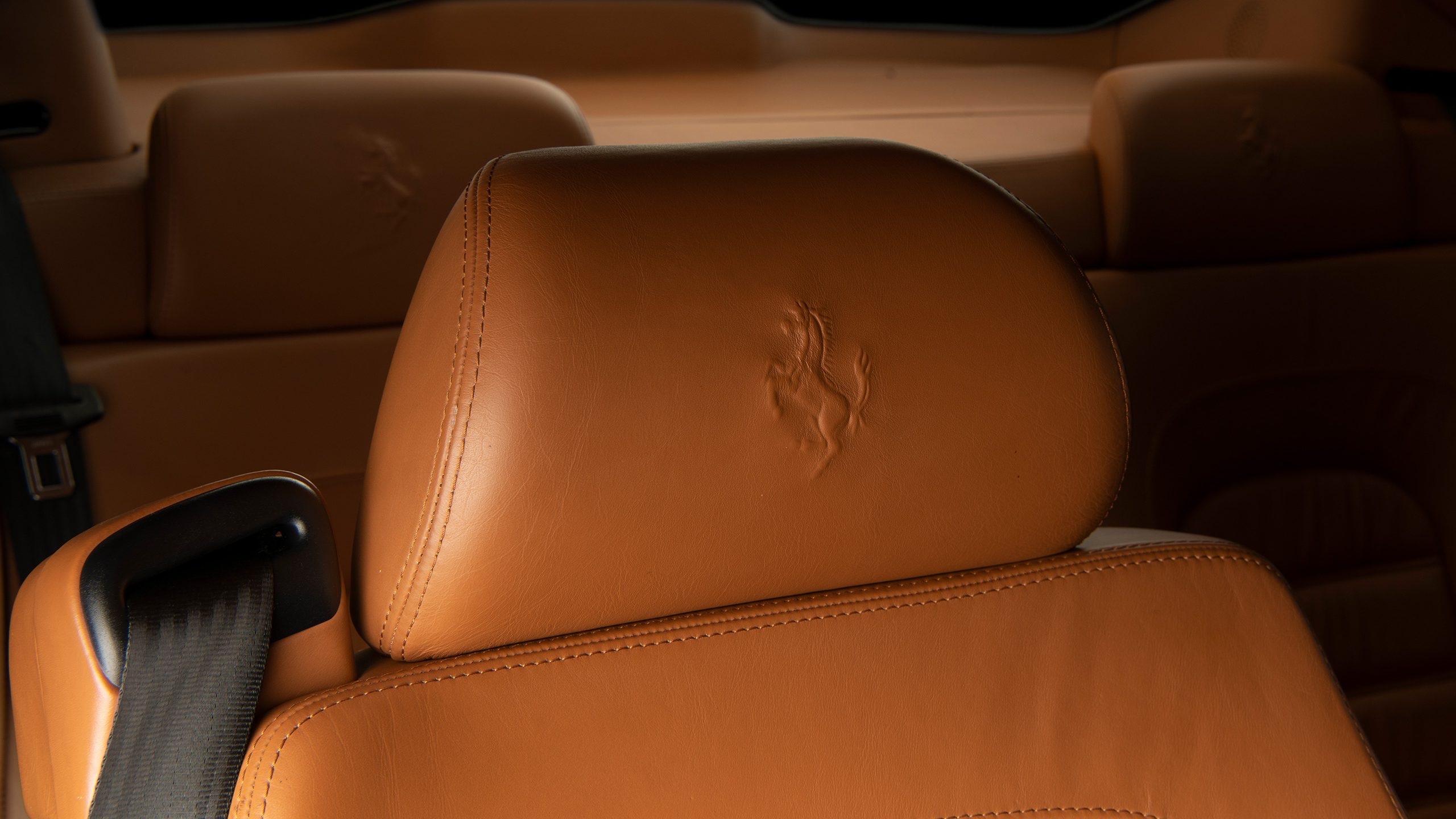 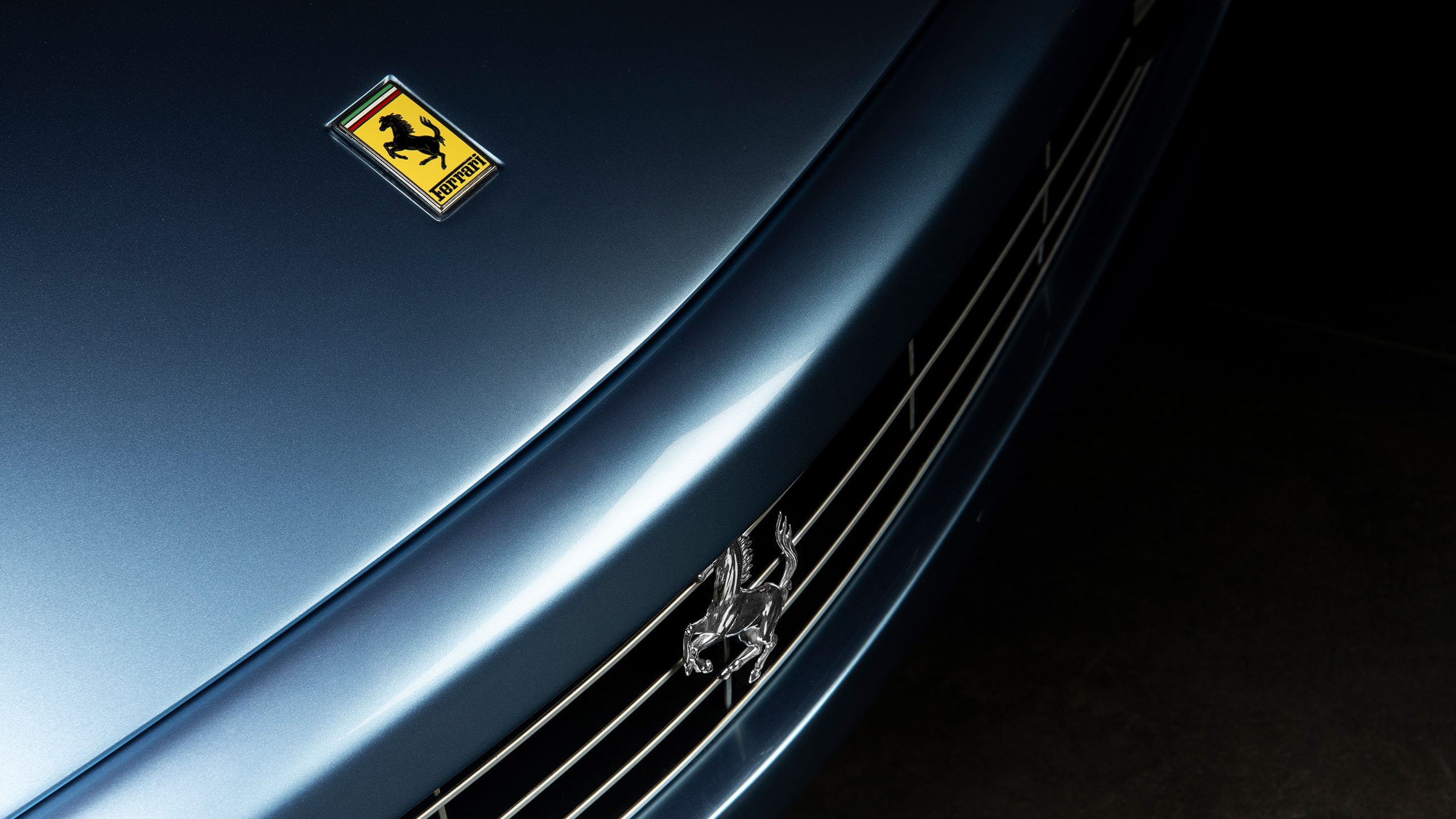 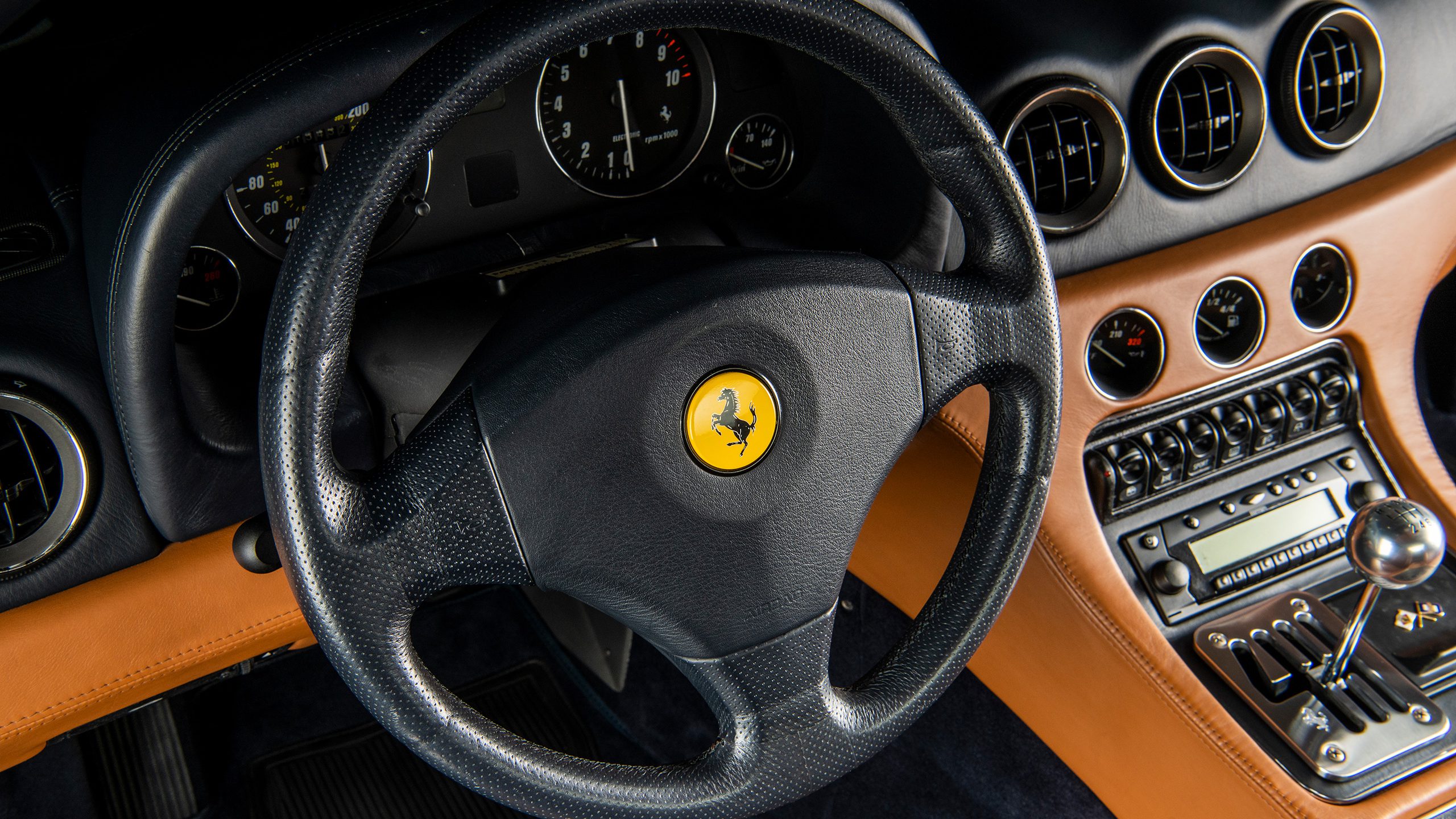 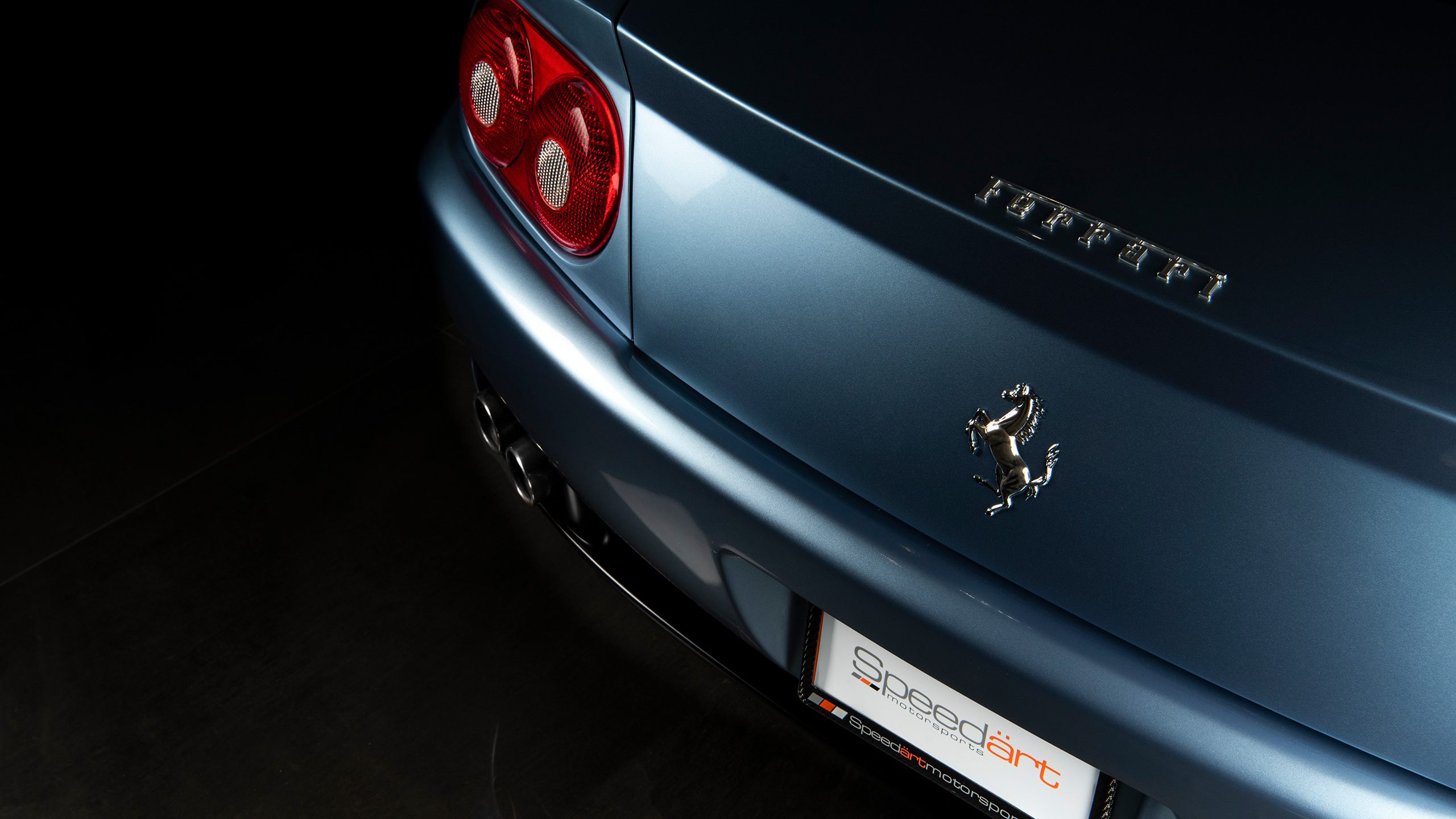 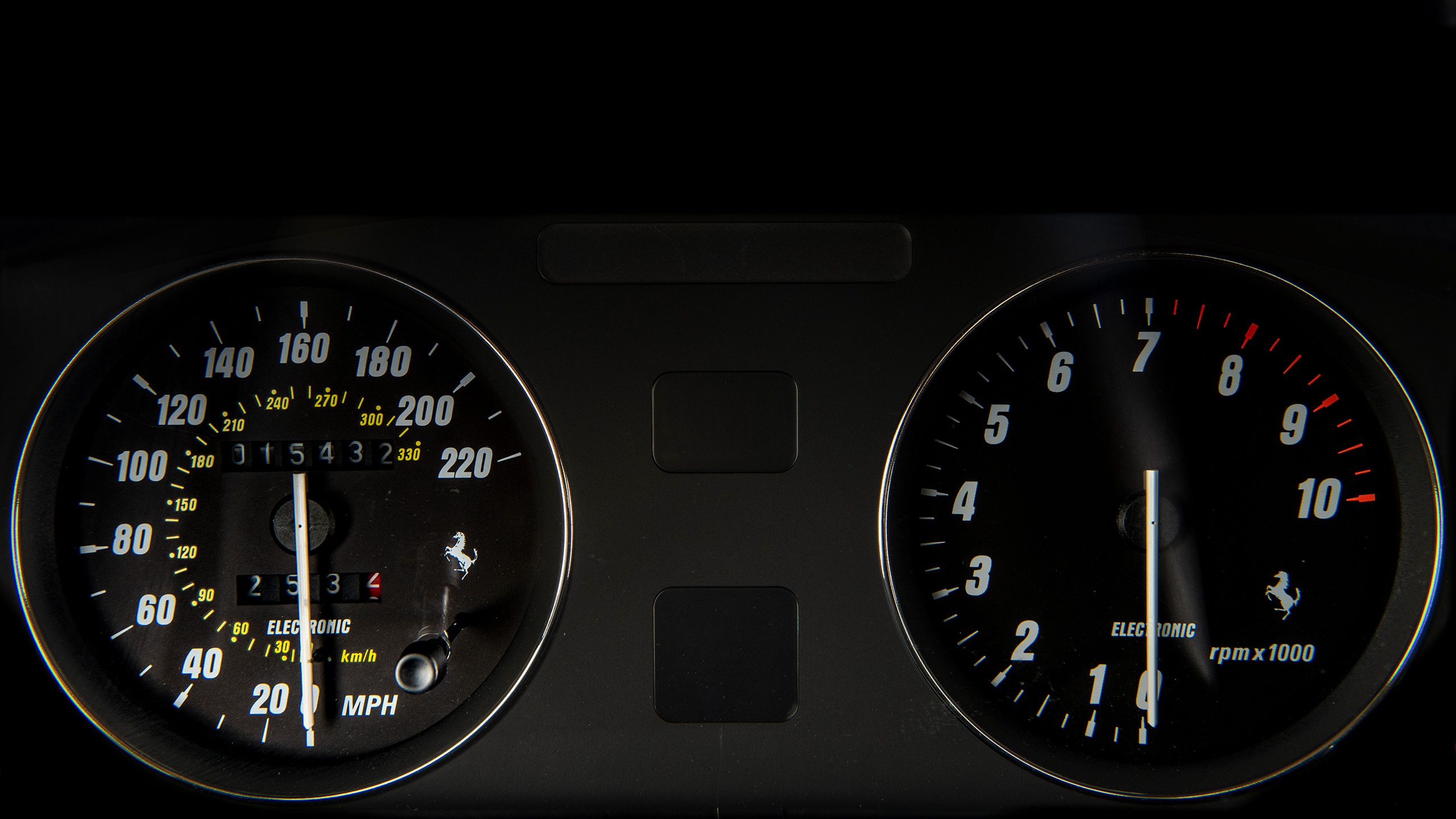 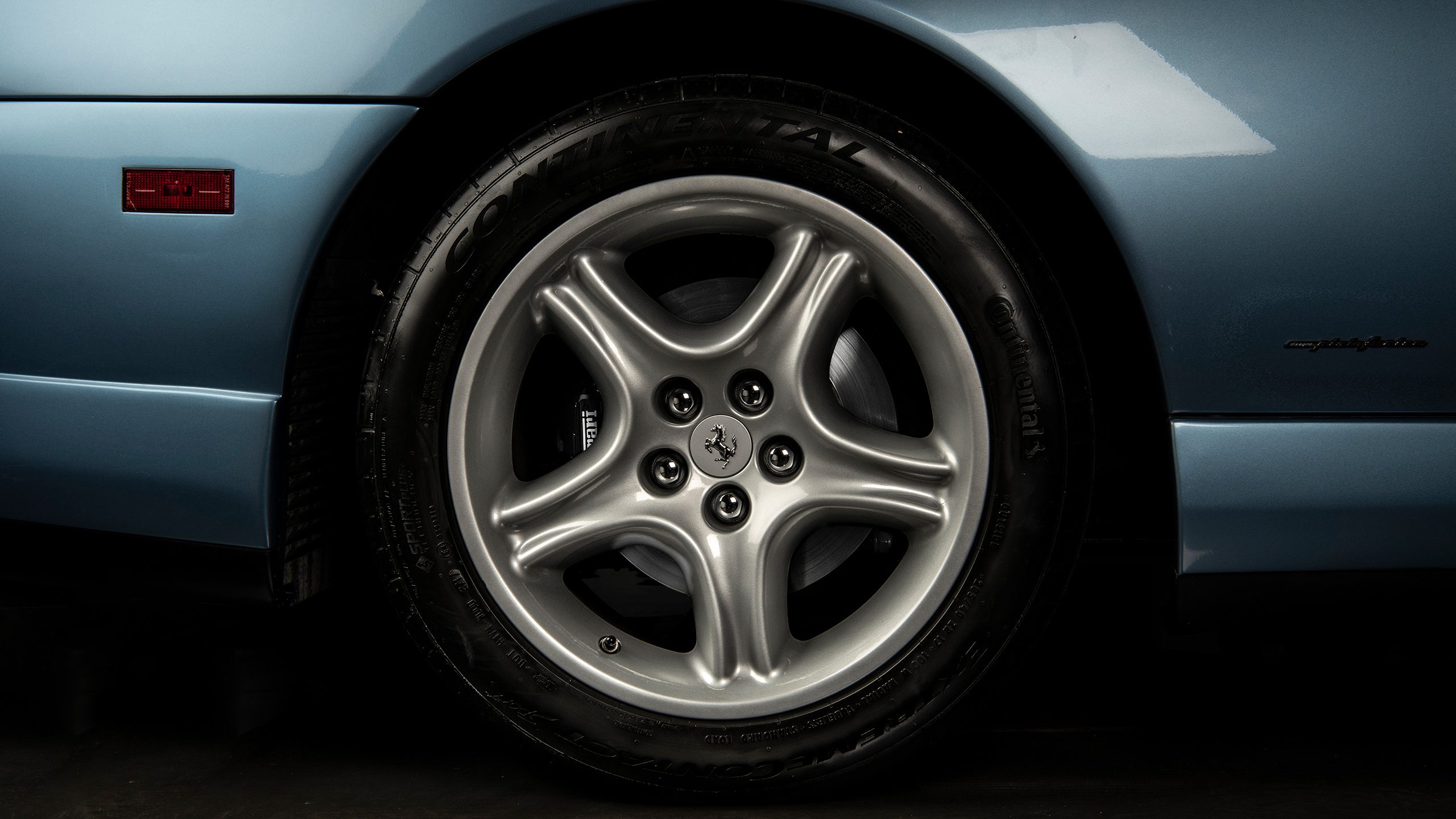 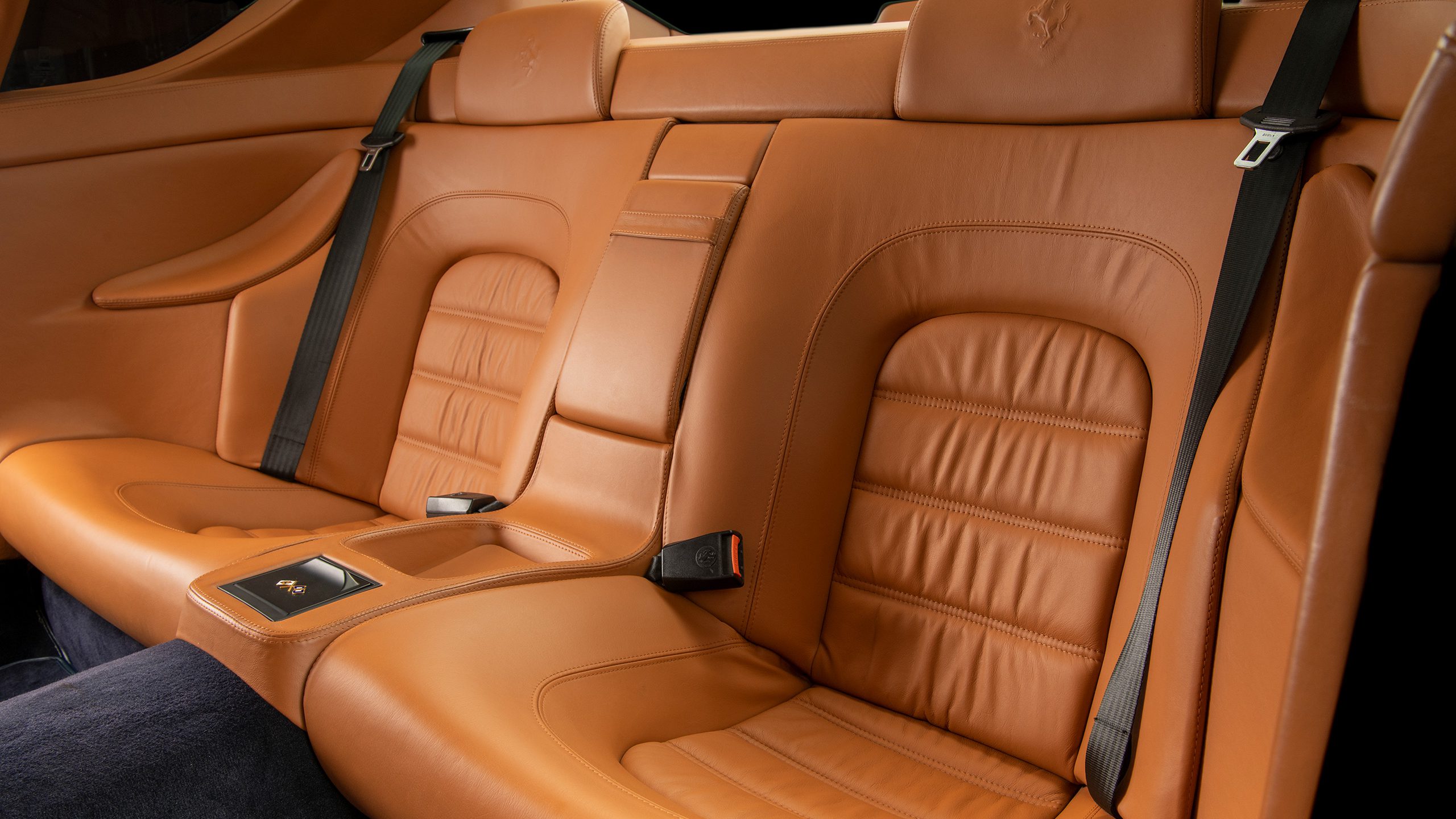 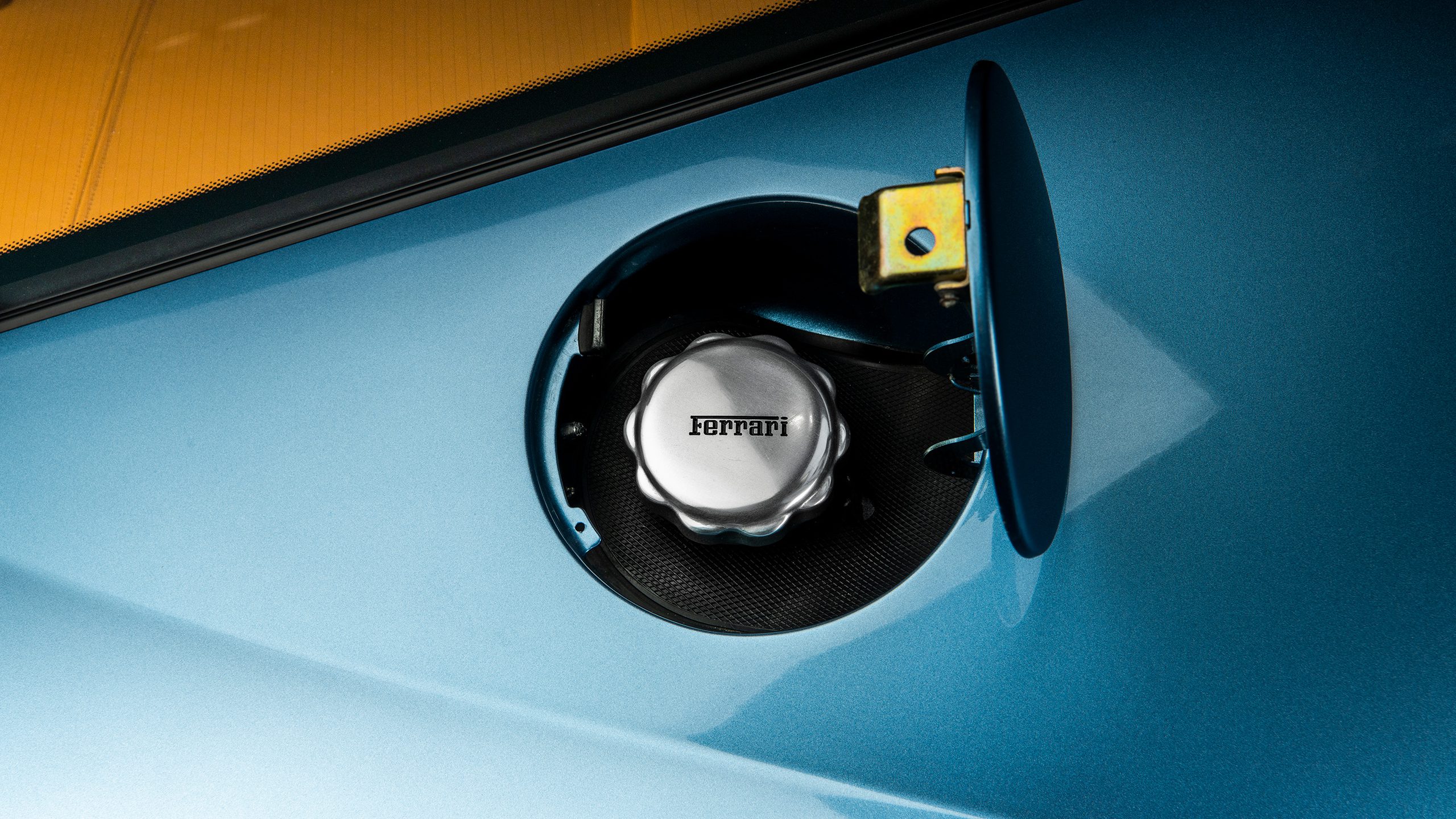 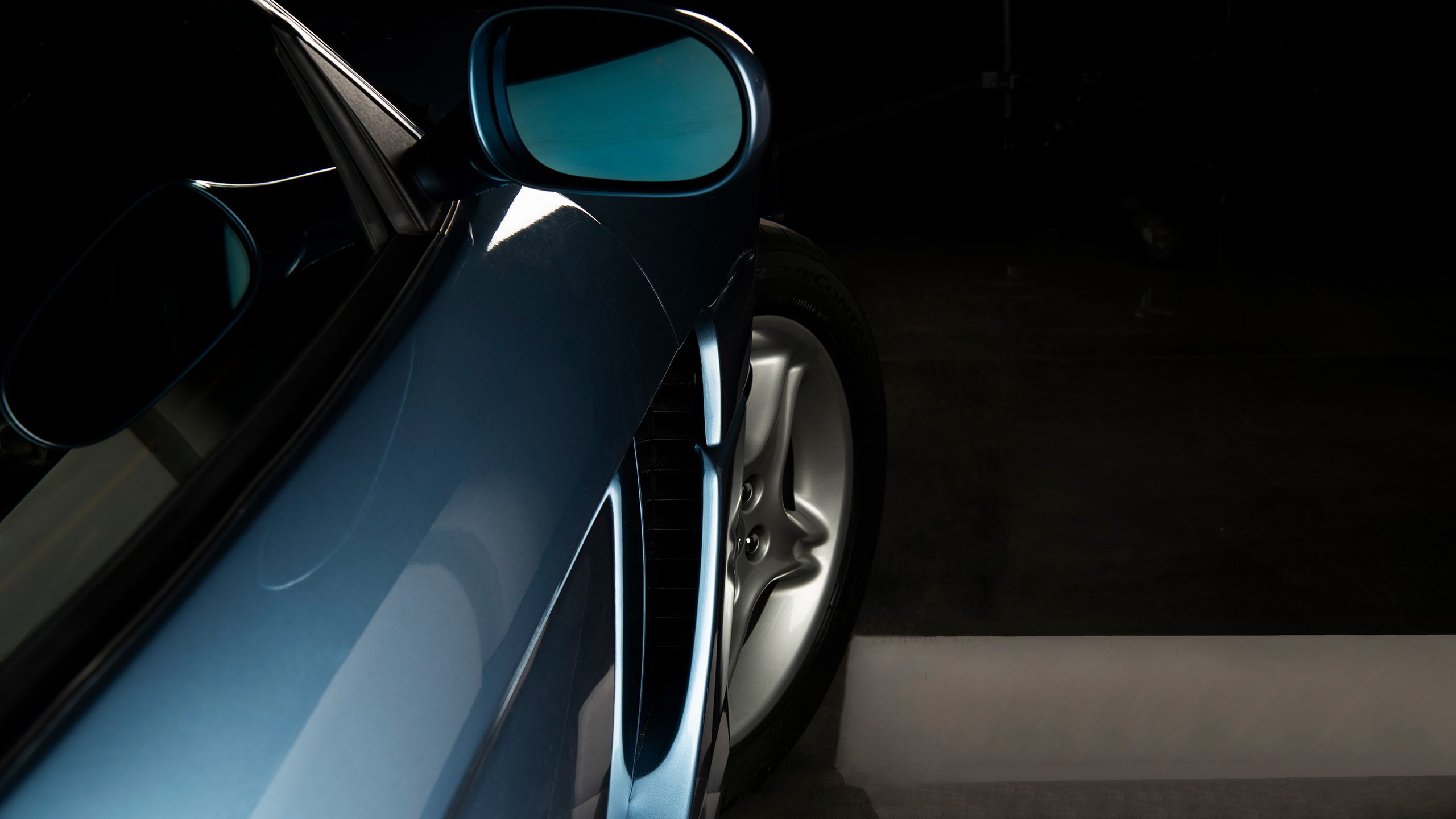 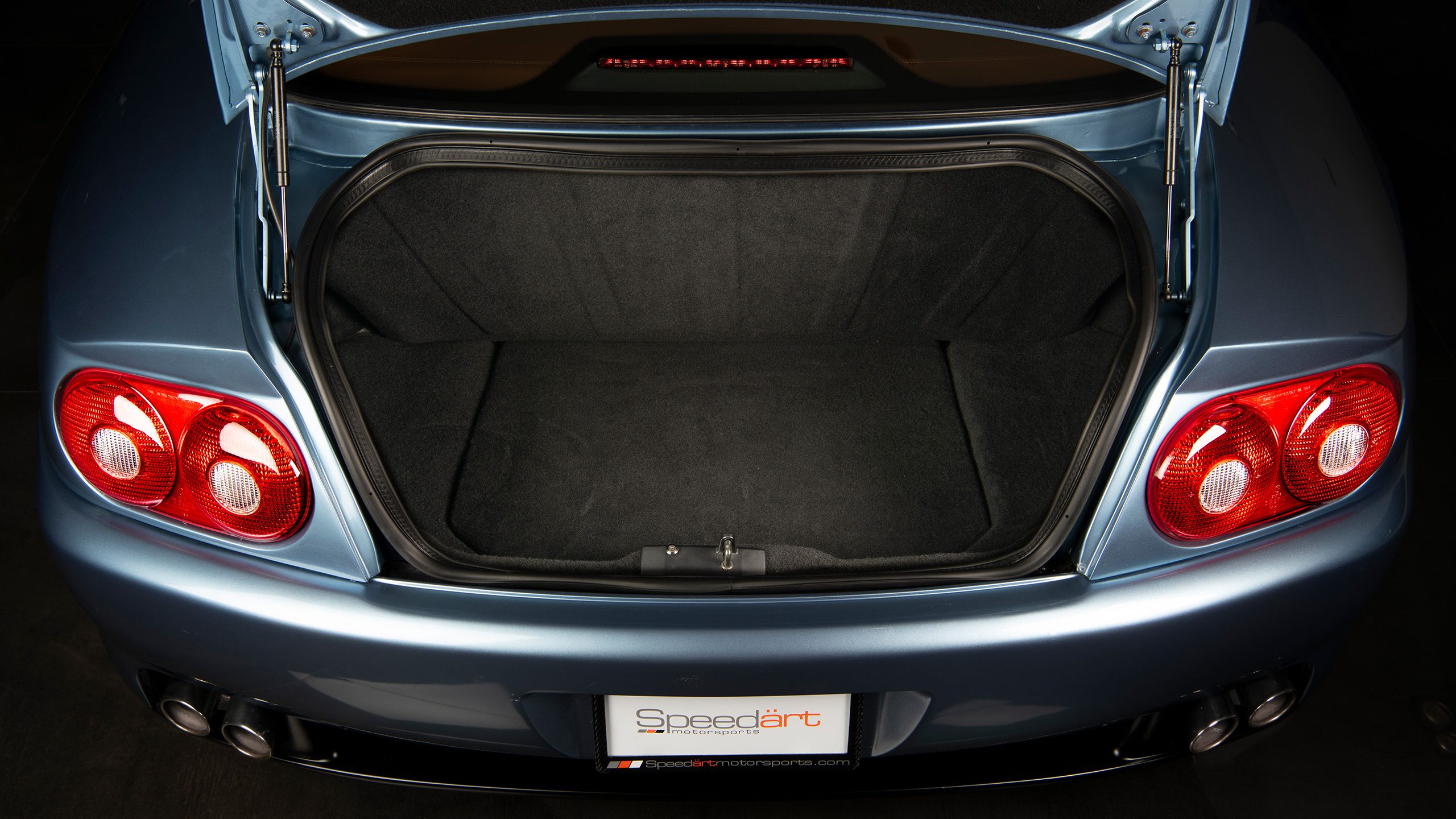 “While the 456 looks as if its sole purpose in life is to slink from Maranello to the Cote d’Azur in a single hit, the wide grin of its grille, squinting headlights and sharp bodywork creases give it the face of a dragon in a Chinese New Year parade. When the Ferrari 456 GT was launched, 180 mph + motoring for four in comfort was as rare as a naturally aspirated sportscar with a manual gearbox is these days. Almost three decades since its reveal it still remains an indecently quick grand tourer and its demure looks have only got better with age”.

A true four-seater coupé, the 456 GT was also the first modern Ferrari to revert to a front engine, rear-wheel drive layout, with the gearbox in unit with the rear differential for ideal weight distribution as well as plenty of space for passengers and luggage.

The GT version of the 456M complete with six-speed plus reverse manual gearbox was an evolution of a model that proved particularly popular with owners that wanted an authentic Ferrari that was still capable of seating four and very versatile to boot.  Continuing the marque tradition in the 2+2 sector, the Pininfarina-designed 456M GT combines the blistering performance of a 5.474 cc V12 with the comfort and livability of grand tourer. A front-mounted engine and rear- mounted gearbox was the most rational choice to achieve more cabin space and benchmark drivability and safety.

Particular attention was lavished on the car’s aerodynamics yielding a clear front design and involving the adoption a retractable wing integrated into the rear bumper. Front axle life was optimized by the specific shape front bumper spoiler and bonnet as well as work done on the rear diffuser.

The 456 M GT had a tubular steel chassis to which light aluminum panels were spot-welded using a specially-treated foil known as Feran. This meant that the chassis had both the lightness of aluminum and the stiffness of steel. To keep weight down, the front bonnet was carbon-fibre.
The four-seater cabin was trimmed in Connolly leather. The seats were electronically adjustable with position memory. The instruments were analogue with multiple gauges. The 456 M GT also sported a fully automatic climate control system with solar radiation sensor, and stereo system.

The tubular steel space frame chassis was linked to four-wheel independent suspension with stabilizer arms and double wishbones with anti-dive geometry. The electronically-controlled gas dampers had two settings. The Servotronic power-assisted was rack and pinion while the brakes had four ventilated discs with ABS and an electronic rear brake corrector. The car also featured an evolved ASR traction control system linked to the anti-skid system which greatly improved safety even in the trickiest of conditions.

The 436 bhp 5,474 cc front 65° V12 was longitudinally mounted. It had four valves per cylinder with twin overhead cam distribution. The engine management system was the Bosch M5.2. There was also dry single-plate clutch and dry sump lubrication.

Speedart Motorsports is pleased to offer for sale this excellent 456M and one of the very few 6-speed manual Grand Tourers imported into the United States.

The condition of this delightfully handsome Ferrari is commensurate with such a low mileage example, with the last owner having used her sparingly since its acquisition by us on October of 2021. Despite its exceptional performance, the 456M has a relatively unstressed engine, which has proven to be a very reliable unit and chassis no. 119224 is a testament to this sort of fine engineering.

Supplied with original service book, owner’s manual and leather wallet with Maglite as well as accompanied by records including past invoices and a Ferrari Classiche letter of authenticity this true four-seater GT is very well equipped and will be a joy to own.

Speedart Motorsports invites all serious inquiries and interested parties to witness up-close and personal this naturally aspirated Ferrari in our motoring gallery, located near the design district of Miami.